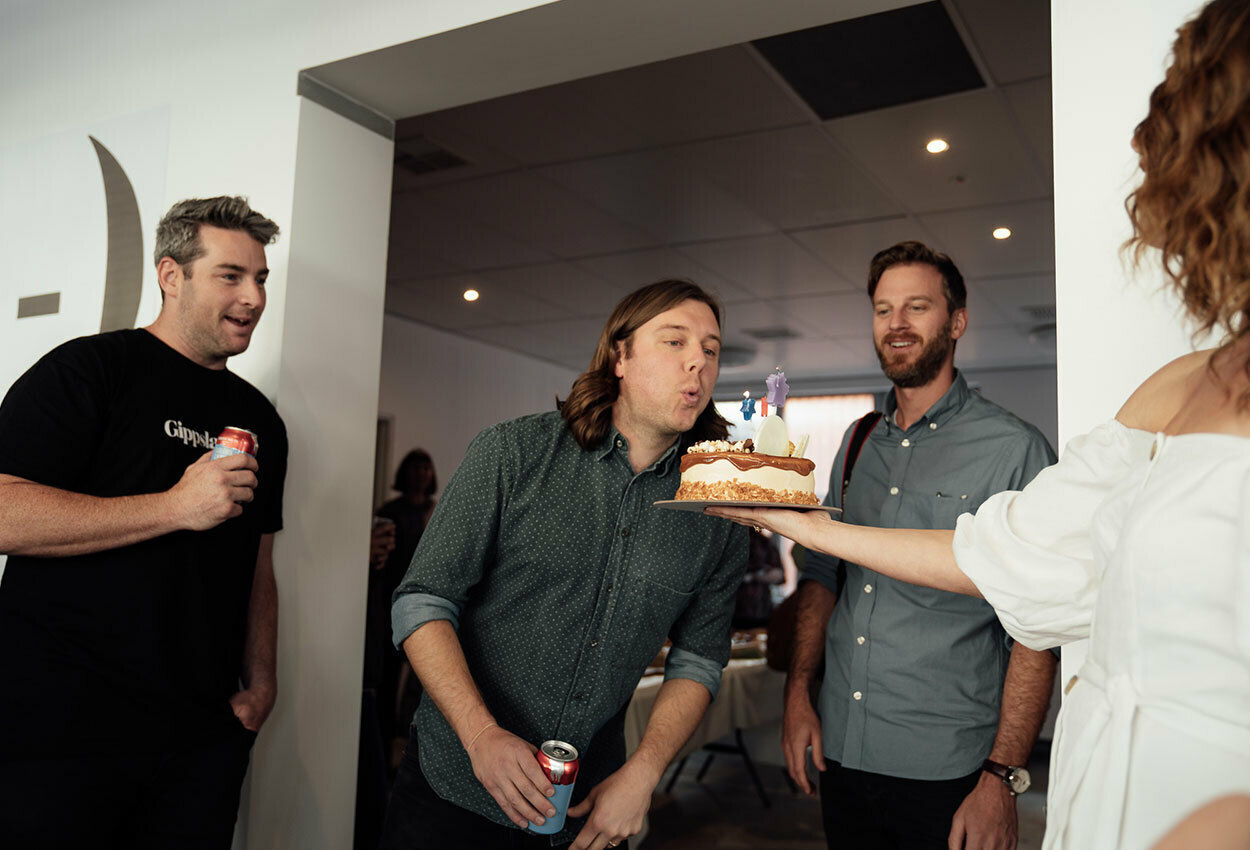 It’s our birthday issue, and we’ve tried to stuff it to the brim for you.

“I think I should head into the bush.”
—

It definitely didn’t sound like a bad way for him to commemorate his upcoming 40th birthday, spending a handful of days relishing in the tranquillity of the South Gippsland wilderness. There’d be moments of circumspection, some future-gazing and maybe a bit weirdness — depending on how far he wanted to push his birthday escape.

Overall, I was behind the idea. Stripping back some of modernity’s comforts to celebrate 40 laps around the sun was a cool ritual to acknowledge the milestone.

The conversation also triggered recollections of another recent chat, this time with a mate who wanted to do something different to acknowledge his son becoming a teenager. We discussed the many rites that he’d gone through as a young man that weren’t available to his son. This wasn’t necessarily entirely negative though, as several of the past rituals involved excessive booze consumption and promoted the wrong types of behaviour from our young men. Modern rituals evolve too.

(One ancient ritual that popped up in researching this edition was male circumcision, an act that features in several major religions. It’s believed to have begun around 15,000 years ago. Now, who was the clever person to first go, “Hey, how about we cut this bit of skin off our perfectly good genitalia, without any anaesthetic or proper antiseptic solution, and everything will be okay!”?. We humans are a wild bunch.)

Thankfully, all the celebrations presented in Gippslandia #13 keep their appendages on.

While singing ‘Happy Birthday’ with a punk Barbie, writer Mim Cook shares some of the challenges of modern children’s birthday parties. The Baw Baw Food Hub takes a moment to reflect on their team’s achievements over the past five years, while artist Rebecca McEwan enjoys the reflections on board the FLOAT artist residency on Lake Tyers. We hear about the successes of new local filmmakers as they undertake the Latrobe Youth Film Festival and learn the tricks of hosting a large music and food shindig from Sounds of Summer director Kate Adkins.

This edition, our People Department will hopefully trigger contemplation as we present stories of love, a life in music and death. We learn the history of the gaudy Christmas sweater and Emma Livesey shares a marvellous night celebrating inclusivity with the entire Meeniyan community.

It’s our birthday issue, and we’ve tried to stuff it to the brim for you.

In fact, a lot about Gippslandia has been jam-packed lately. We’ve featured on a national television program, local news, created our first cookbook (a 160-page, hardcover tome, no less) and launched our pop-up store, which is open for three weeks in the lead-up to Christmas. We’ve learnt a lot in filling our year with as many projects as we could handle (maybe too many?), and Gippslandia is better for it. As a not-for-profit, we’ve now strengthened our foundations to deliver improved community projects in 2020. Exciting times ahead.

To everyone that has helped us over the past six months — thank you! To all of you that have assisted this entire project in making it to three years — thank you! Research has shown that the vast majority of publications barely survive two-and-a-half years, yet here we are going strong. To our partners, supporters, team members, contributors, cheerleaders and readers — many thanks to you all.

Now that Gippslandia’s third birthday edition is wrapped up, I can embark on my own post-print ritual — sleep.

Have a wonderful and safe festive season,