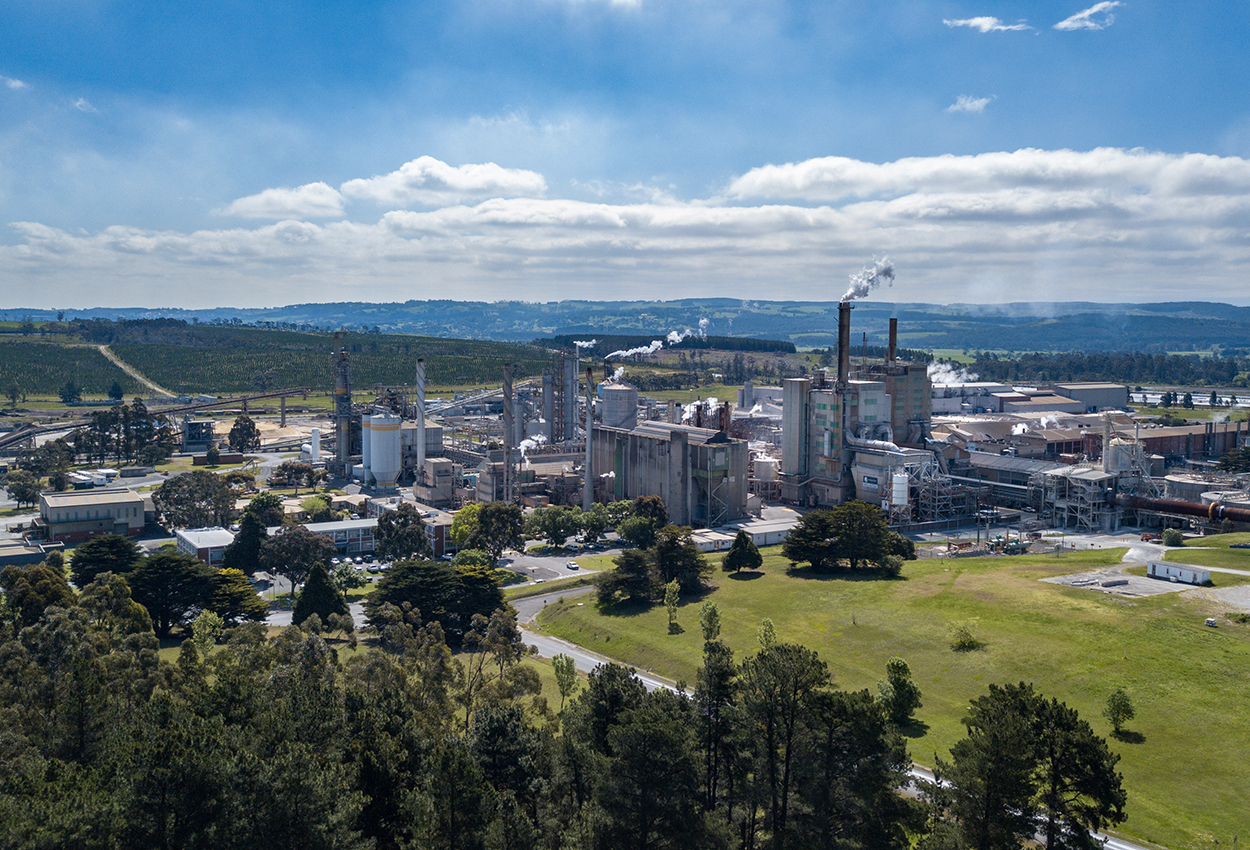 Australian Paper reimagines the powering of their Maryvale Pulp and Paper Mill through the development of Energy from Waste.

Anyone that’s spent time striking up banter around the office photocopier while trying to avoid work for a couple more minutes knows the deep blue box and yellow typography of Reflex Paper. It’s a fav of workplaces all over Australia and the world.

Reflex comes from Australian Paper’s Maryvale Pulp and Paper Mill. Over the past couple of years, we’ve seen members of the Australian Paper (AP) team at an array of community events related to local innovation or business development. Each time, they’ve had some really cool projects to share, but when pressed on including them in Gippslandia, we’ve had to wait.

Finally, with the release of the Energy from Waste Feasibility Study Summary, we can share some details on a large-scale project that AP has planned for our region.
—

As AP proudly share, their Maryvale operation is one of the largest employers in the Latrobe Valley, with approximately 850 full-time employees. Accounting for the flow-on effects of the plant, AP support 2,387 jobs and contribute $451 million to the economy of the Latrobe Valley region.

Just like any household budget or small business, AP wanted to get a better handle on their outgoing costs. Energy pricing had been on their radar for some time, as David Jettner, AP General Manager - Corporate Development, outlined, “It’s very important for our future to underwrite our ongoing energy position”. AP is the largest industrial user of natural gas in Victoria (they require the equivalent of up to 70,000 Victorian households’ annual usage), and the market is unsure of long-term gas prices — a new solution was required. In researching potential thermal energy sources available to AP, their team linked the waste generated by the growing southeast Melbourne and Gippsland populations as a potential solution.

Waste will be transported via rail and road networks to the site and incinerated in the proposed $600 million thermal combustion ‘Energy from Waste’ (EfW) plant, which will be adjacent to the existing AP mill site. The EfW plant will generate the 225 megawatts of thermal energy required by the mill.

An EfW plant creates power by burning waste in furnaces. As the waste combusts, temperatures reach over 850°C for at least two seconds to destroy particular toxins. The furnaces produce heat, which converts boiler water into steam, which can then be used by turbine generators to produce electricity for use in the mill.

In the foreword to the EfW Feasibility Study, Paul Klymenko, CEO of Planet Ark, remarks that countries with a combined population of over 150 million people have virtually eliminated their need for landfills. This includes countries such as Germany, Sweden and the Netherlands, who all place less than 3 per cent of their waste in landfill. European research demonstrates that reducing waste to landfill increases both recycling rates and residual waste for energy production.

Paul continues, “In stark contrast, Australia currently puts 40 per cent of its waste into landfill, a total of 21.7 million tonnes. That is the weight of around 410 Sydney Harbour Bridges!”. Craig Dunn, AP General Manager - Communications & Sustainability, added that, “Germany closed down their landfills in the mid-2000s to household waste or municipal waste. Today, only about 1 per cent of that waste source is actually going to landfill. 31 per cent goes to EfW facilities and 68 per cent to recycling”.

Such is the acceptance of EfW facilities in Europe that the ARC Power Plant in Copenhagen, Denmark, was one of Architectural Digest’s ‘12 Most Anticipated Buildings of 2018’. Designed by world-renowned starchitect Bjarke Ingels, the ARC Power Plant will feature one of the world’s longest artificial ski slopes (approximately 500 m) switchbacking over its roof, as well as a café, jogging path and the world’s largest artificial climbing wall. The ARC Power Plant is located on Amager Island, which is known for its outdoor activities, and the plant is next to parks, beaches, dunes, and a lagoon for kayaking and windsurfing — all right next to a major city. To top it off, the chimney of the power plant will be able to blow freakin’ smoke rings!

As well as reducing the amount of waste going to landfill, the bottom ash, produced as a by-product of the incinerated waste, could be used as a replacement for natural aggregates such as sand and gravel, following appropriate processing. Metals from the bottom ash could be recovered and recycled. The project could achieve a net reduction in greenhouse gas emissions of more than 500,000 tonnes per year of Co2e, the equivalent of taking 100,000 cars off the road.

Latrobe Valley residents are likely to be apprehensive about the potential for air pollution, and rightfully so, given the 2014 Hazelwood Mine fire. In researching this piece, Gippslandia found multiple technical and public health research papers exploring air pollution from EfW; many raised possible red flags on older EfW technology. But given the acceptance of plants throughout Europe, including those in close proximity to London and Paris, it demonstrates that modern EfW facilities are specifically designed with best-practice operating systems to protect health and safety. A detailed Air Quality Impact Assessment has been undertaken for the Maryvale plant. Also, design measures reduce odours from the waste during processing.

It is estimated that the project will support the equivalent of 1,046 full-time jobs per annum across Victoria for each year of the three years of the plant’s construction, and 911 full-time equivalent jobs thereafter.

On January 7, 2019, the Latrobe City Council issued a planning permit for the proposed project. This permit allows Australian Paper to begin developing the land once all conditions are met. These conditions relate to key aspects of the development phase, like bushfire management, and stormwater, waste and emergency management plans for the site.

It can be surprising to learn the scale of the industry behind a sheet of bright, white paper. But by operating at such a massive level, AP has the capacity to initiate substantial positive change through innovation. Both David and Craig emphasised that, “AP is continuing to build on our mission of sustainable growth for the next generation”, and waste management and more efficient energy sources with lower emissions are certainly key components of any future planning strategy for our region. Hopefully, more large industries follow their lead.
—
You can access the complete Energy from Waste Feasibility Study Summary and appendices at the AP website www.australianpaper.com.au/our-future/creating-energy-from-waste. The Feasibility Study was produced with support from the Australian and Victorian Governments.