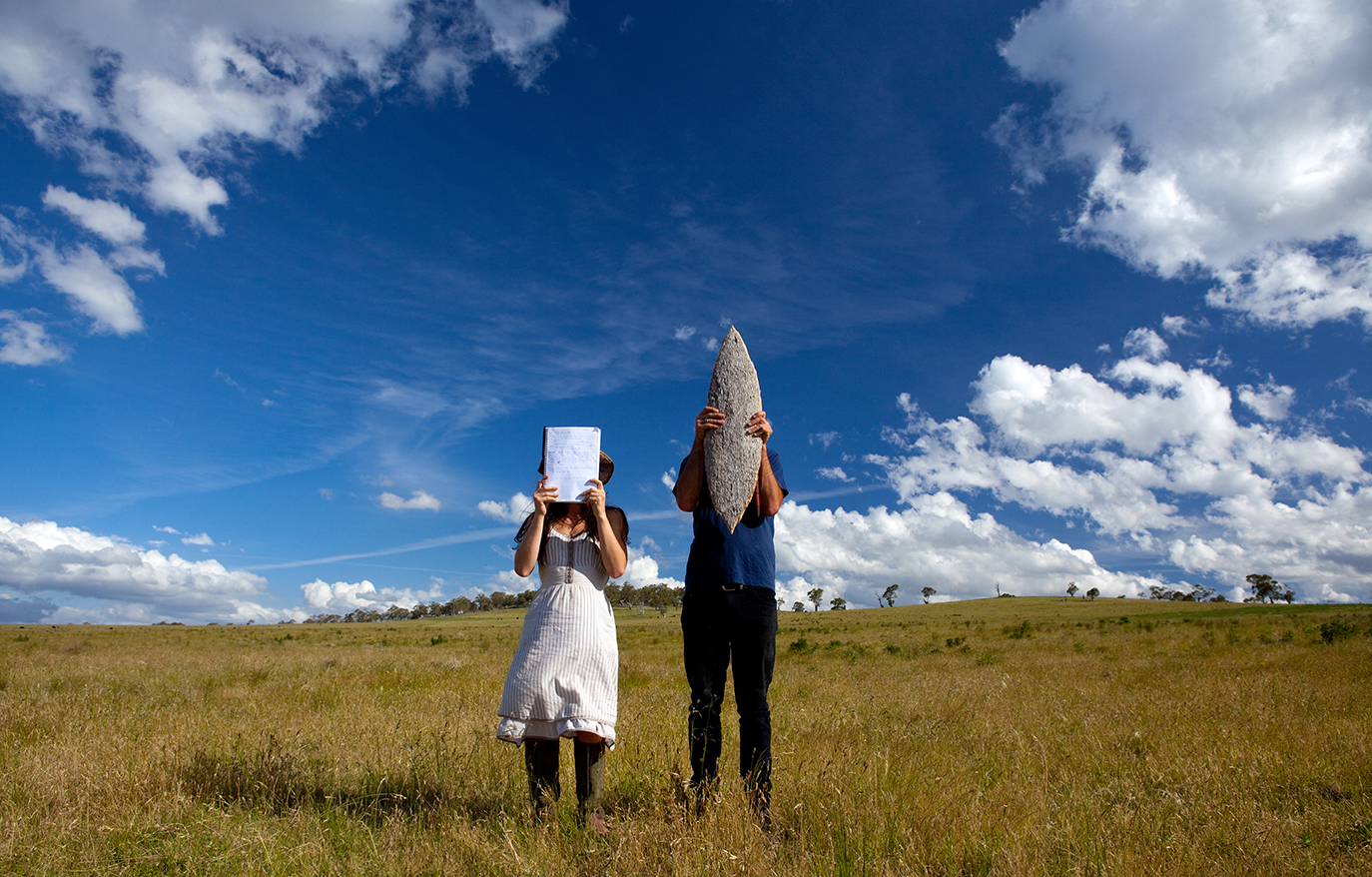 Wallung Githa Unsettled questions the official remembrance of the past and acknowledges the violent truth that goes unrecognised.

Wallung Githa Unsettled is an art series that interprets and acknowledges, through symbolism, performance and visitation, the violent truth of events that happened on Gunai and Monero country (the southeastern-most point of mainland Australia) in the mid 19th century – events that go unacknowledged officially, but that still resonate profoundly.

Central to the work is the ‘White Woman of Gippsland,’ a figure reported in the 1840s to be captive to ‘ruthless savages’ in the bush east of Melbourne. Some historians regard her as a cover story conjured by the celebrated ‘discoverer’ of Gippsland, Angus McMillan, to build support for fighting the Gunai people in an unofficial war really about land and pasture.

Though honoured as a hero by a federal electorate (since changed), schoolhouses, college campuses and monuments across the region, McMillan is known to local Gunai people as ‘The Butcher’ - and his lead role in many massacres against them is clearly evidenced in witness accounts.

In a twist of history, it’s Flyn, the great, great, great grand-niece of ‘The Butcher’, who plays the role of the White Woman, re-imagined – in Wallung Githa Unsettled.

Wallung Githa, ‘my stones’ in Gunai language, is a reference to ownership of Country by Paton. As a direct descendent of the survivors from those massacres that McMillan committed, Paton’s collaboration with Flyn and Cope (himself from Gippsland) heralds a deeply authentic approach to publicly recognising the truth of a local past that intimately reflects Australia’s national story.

Wallung Githa Unsettled is not a re-telling of history, it is non-didactic. It instead questions official remembrance of the past and how much the version of events embedded in common pioneer folklore is still yet to be settled.