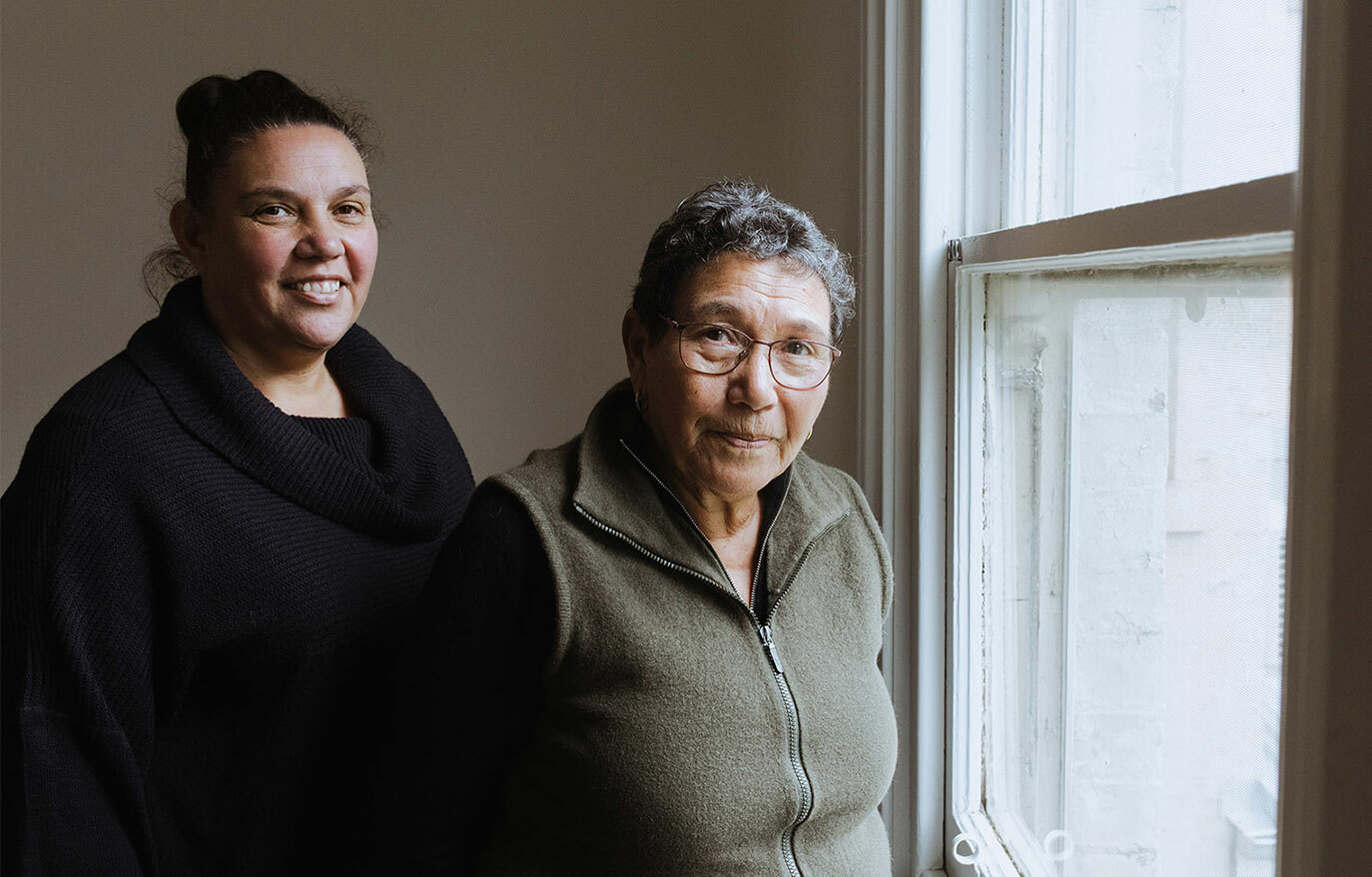 Here is a more personal piece from Gippslandia 21 – a conversation between a mother, daughter and granddaughter.

Throughout Gippslandia #21 we’ve presented a range of stories that celebrate the connection to Country that the region’s First Nations possess, the resilience that’s continually demonstrated in the face of immense challenges, prominent people in the community, several notable artists and artworks, and promising initiatives that are now underway.

It’s been a broad approach. Each and every one of the presented stories are rich in detail, nuance and interest. Again, #21 seeks to be a conversation starter: a catalyst that prompts you to explore more facets of Gippsland’s communities and their history.

To close, here’s a more personal piece – a conversation between a mother, daughter and granddaughter. The sentiments aren’t abstractions or historical anecdotes but words direct from someone that could be next to you in the supermarket queue.

(Note: The conversation has been edited for length and clarity)

When young Taylah, Cheryl Drayton’s granddaughter, shares that she still gets called a ‘coconut’, it really hits you.

But there is hope for the future.

Tracey Stephens (Cheryl’s daughter): I’m a midwife. If I ever do a PhD, it would be on how women who’ve had child protection services intervene live their lives in stress the whole time and how that impacts the baby.

Being a midwife has made me really think about [the effects of intergenerational trauma). We have more children removed now than we did in the Stolen Generations and no one knows about it! Back in the day, these people were sent to missions and orphanages, and it was well documented about where these places were. These days, they go to residential care units where no one knows about them. It’s heartbreaking watching families go through that.

Recently I had a beautiful couple come in and they brought a possum skin into the hospital to do some cultural stuff around their baby’s birth, but they were too worried to bring that up around a white doctor or midwife. They can’t practice their own culture. I was going out to visit the baby and it had lost a significant amount of weight (the scales were malfunctioning), so I asked them back to the hospital, and the first thing they ask is “Is the baby going to be removed?”

We’ve just started working with West Gippsland Healthcare Group (WGHG) because they came to me and asked me about the garden. I said, ‘Look, I’m not bloody interested about the garden, I want you to close the gap on health and I want you to change the way you deal with Aboriginal people in the hospital and the protocols that come with that from an Aboriginal perspective’. They’ve put that in place now, which is great.

If we’re not proactive, it’s never going to be fixed.

C: Hang on, rephrase that. We’re not allowed to practice our culture.

T: Yeah, okay, but we have lost a lot of culture because of that.

C: Trauma in itself is dictated by legislation and by the government of the day, both Federal and State. The trauma is underpinned by the divisions of services that are put on the ground to treat these things.

[My grandmother said] custom and Law kept the whole society in place. Gathering and working together as a team. And that nobody was any better than anybody else… Even on the missions, people would come together and do things. The government wanted us all to be assimilated, but you can’t take away our DNA of being black.

T: When I first started I did a lot of education around working with Aboriginal and Torres Strait Islander people. I’d start my sessions with saying this is a safe space to ask questions. Just so we all know, I’ve paid for my own house, my car and if I went to Centrelink today, you and I would have the same amount of money, no matter what we were applying for. People are shocked by that. I don’t know how many times in my adult life I’ve been asked about those sort of things.

I’m one of these people that if you tell me you’re Aboriginal – you’re Aboriginal! I [used to] ask them where their mob is, but I don’t now because so many people grew up out of home care. A lot of people don’t know who they are and who am I to challenge that? I want them to move forward and be proud of who they are.

No one teaches you to be racist.

C: Aboriginal Elders and Emerging Elders need to come together and do more forward planning and writing directly to the Minister. If you don’t write, it just goes on.

We have to grow our people to actually be more competent than white people think we are, and that’s a sad indictment.

[For our younger generations] I would like to teach culture.

T: They have lost that connection to family. They’ve grown up in a really white world too.

C: Once kids are removed, and placed in the child protection system, they get ostracised by the community. So, for them to come back in they haven’t grown up with the mob or socialised with the mob, they sit on the peripheral and a lot of them die early because of that trauma.

L: Are there any final messages you would like people to hear?

C: I think the people of Gippsland have to endorse the fact that they have a First Nations tribe that has survived genocide. And that the culture is rich.

In order for Australia to showcase and embrace Aboriginal people, the government needs to stop writing shit policy and work with people to get the right policies in place. That includes the Aboriginal organisations who think they have our Aboriginal voice, but they don’t, they are the mission managers that were brutally put on in Gippsland to control us. Work with us in order for Aboriginal people to have an equal opportunity to grow. We have to stop being racist, and embrace people who can find the solutions to better education, better employment opportunities and make sure people are happy in their own skins.

It’s that same argument where people say ‘well, I didn’t do it, so why am I to apologise?’. I’m not asking you to apologise. I’m asking for you to learn the history, so that you can realise exactly what has happened in Gippsland. It will bring people together.

C: Aboriginal people can’t have their land back, we get that. But, what we want is the recognition of who we are and to have us be able to practice our culture and to actually be a part of society; both black and white working as a team to resolve these problems.

T: Look at Dr Miriam-Rose Ungunmerr Baumann, she was the 2021 Elder (Senior Australian) of the Year, and her speech was brilliant, it really resonates with me:

“We have lived in this country for many thousands of years and 200 years ago we began to interact with white fellas.

“Since then, we have adapted to a new way of living. We learned to speak your English fluently. For years we have walked on a one-way street to learn the white man’s, white people’s way. I’ve learned to walk in two worlds and to be in towns and cities and even worked in them. Now is the time for you to come closer to understand us: to understand how we live and listen to what the needs are in our communities.”

C: We need solutions driven by like-minded people who have empathy and compassion around lifting Gippsland to the top… you’ll find nothing better than Gippsland for its diversity. I just think we’re doing nothing to really showcase that, and that includes Aboriginal history.

T: It is hard to understand people's culture. We should all try harder.