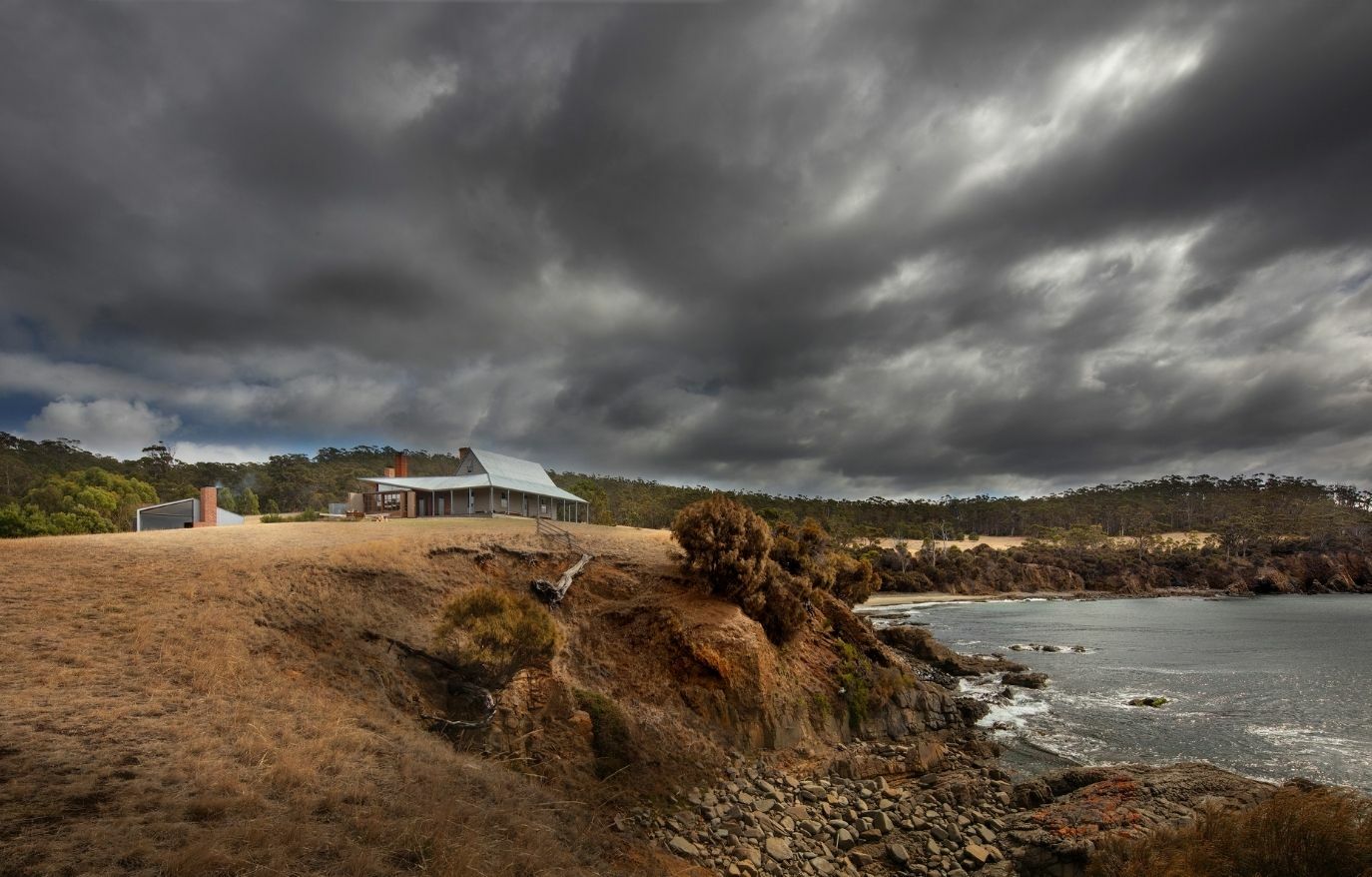 The suburbanisation of the coast.

Why is it that we love the natural forces of the coast, but settle in it as if it were a suburb?

With houses that morph from fibro and timber holiday homes to outer-suburban project homes when we finally retire, are our seaside towns becoming an extension of the city?

We build roads that are kerb and channeled, grow gardens that feature mown lawns and, frequently, clipped European vegetation. It’s almost as if we’re afraid of the coast, wanting to tame it. What a disappointment it is to travel our shorelines and repeatedly see ‘Glen Waverley by the sea’.

I yearn for those early years growing up in Tassie, when school holidays were spent at a mate’s shack. The price of his parent’s generosity was to ‘paint’ the clapboard cladding of the building with sump oil that was bought for next to nothing from the local servo.

The roads around that settlement were tracks winding to the rhythm of beachside’s sandy contours, grasses growing in the middle and tickling the underside of the car as we approached the house with a week’s supply of food. Mostly, the housing was made from local materials: rough sawn timber, stone fireplaces and tin roofs.

When bare feet touched the ground, they didn’t land on cement footpaths. They were pierced by sword grass, which still reminded us of our lazy walks long after the holiday was over. Not a skerrick of bitumen in sight and only dripping casuarinas and banksias for shade.

Gippsland shares most of its coastline with Bass Strait, sitting on the edge of the Roaring Forties that bring in the weather from the west. Some of the coast is uplifted rock outcrops punching the air, like the Prom, while the Ninety Mile Beach is long, linear and flat, where the sky and horizon are rarely separated. The smell of the salt-laden breeze is ever present, and on still nights the crashing of the surf can be heard several kilometres away.

Somewhere along the Gippsland coastline I dream of building a settlement like California’s renowned ‘Sea Ranch’. Celebrating the richness of life by the coast in a way that leaves the Victa behind and instead digs for the ‘still’ that comes from watching a sea eagle swoop and swirl in its search for food along the water’s edge. Or the ‘energy’ generated by a storm as it approaches from the south-west, when windows are quickly shut before the drum of rain beats on the pane and, as it all passes, stepping out again to the wet aroma of coastal heath and bare, saturated sand.

Buildings in this landscape would be clustered together, sharing space that blurs private and public realms. There are few fences, except for stick trellis bound by rusting wire — looking like driftwood — protecting erosion-prone slopes. Apart from some vegetable gardens, the planted vegetation indigenous to the coast. Powerlines are underground and signage is minimal. The local store looks like it’s always been there. The buildings are bespoke, crafted in part from found objects that are thrown up on the shore or are weathered by wind, rain and sun.

Why do we love the coast? Because it is the meeting place of the world’s two major ecosystems: the land and the sea. At this interface there is a rich tension between these elements and the ever-changing weather. The sea is constantly eating at the land mass, which stubbornly resists or yields depending on its geology. There is a continuing collision between the region’s lifeforms. For instance, the sea eagle nests on land but hunts in the sea. Penguins and seals, like humans, live on land but use the sea for enjoyment and life support.

Living in nature is a grounding therapeutic experience — just watch the movie My Octopus Teacher as further evidence of this. So why do we build settlements on the coast that often eschew that condition? The grand pile that sets to announce our arrival into a life of ‘success’, hovering at a cliff edge, is so often totally at odds with the elements of nature.

“Living in nature is a grounding therapeutic experience”

In Gippsland, my hope is that someone will give oxygen to the idea of coastal living that has a gentle footprint, embracing the presence of nature. A community with the sensitivity to design a settlement like the Sea Ranch or Captain Kelly’s Cottage on Bruny Island — a place where you arrive barefoot and are stripped naked of suburban expectations.

It’s within our reach, as the endeavours of some of our best architects, landscape and otherwise, are already demonstrating it via small projects that are sprouting behind the dunes across the country.

Tim Biles is a town planner and urban designer based in Metung.