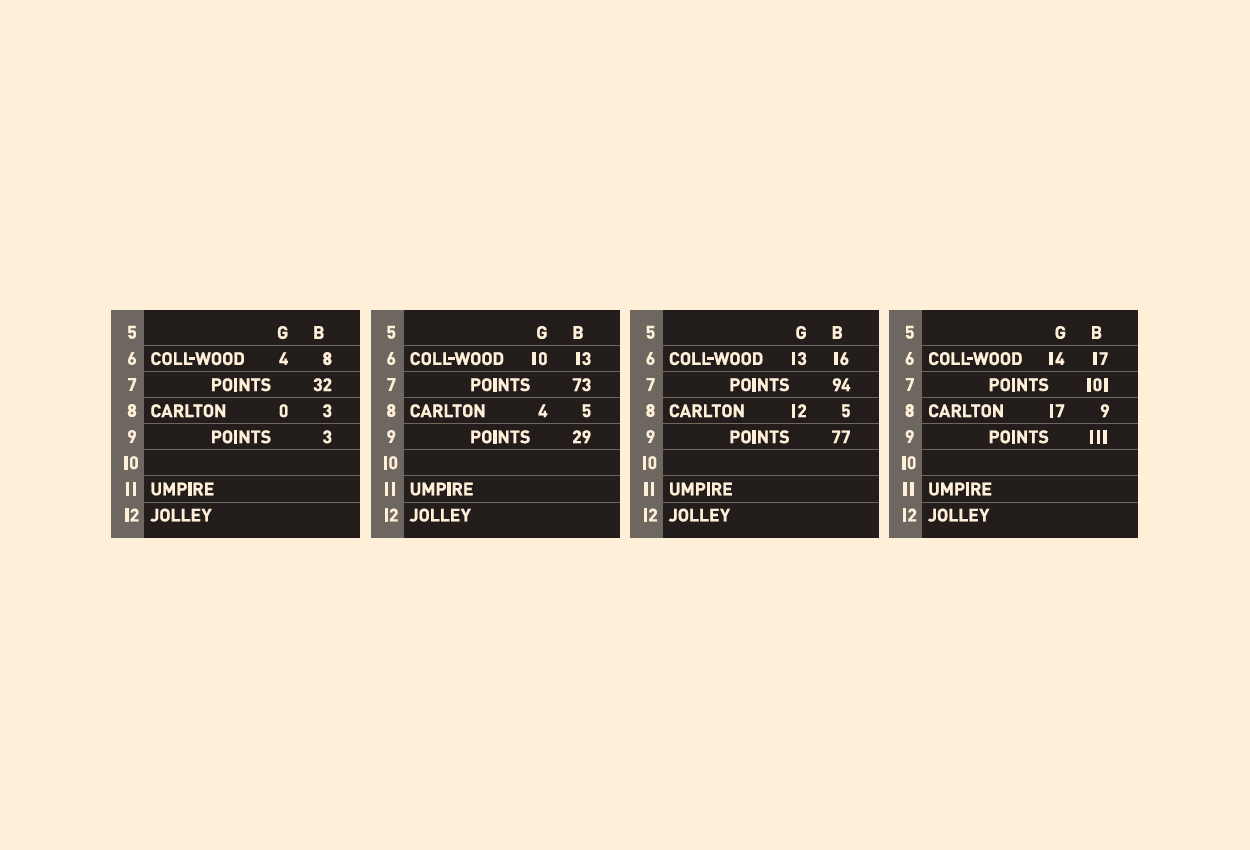 1970s AFL legend, poet, publisher, data analyst - Ted Hopkins is one of the most interesting people you'll ever meet.

Two things making writing about the great Ted Hopkins difficult:
1 — In which department does his tale belong? Ted’s tale is equally at home in the Sport Department as it would be if featured as an art, environmental or business piece.

2—At some point, you have to peel yourself away from riveting conversations with Ted, so that you can get down to writing his piece.
—

Eventually, we decided that a Gippslander that significantly contributed to overturning a 44-point halftime deficit to beat Collingwood in front of 121,000 people in arguably the greatest AFL Grand Final of all time certainly belongs in the sports section.

Ted Hopkins’ story was unbeknown to me until recently and had it not been for his proud discovery of Gippslandia, a friendship would not have been born. I first met Ted at his home in Prahran, and as I’m a lover of Australian Rules Football, the thought of meeting a premiership legend from the ‘tough old days’ excited me.

Let me start by telling you, what was scheduled to be 30-minute catch-up as I delivered our back catalogue became several hours of in-depth conversation in Ted’s home, a captivating space that could double as a library or even an art gallery.

As a host, Ted is as seemingly happy to head for a beer, as he is sticking around home and chatting over coffee. Now in his late 60s, and having suffered a stroke, Ted’s words are carefully selected and his sharp wit is clearly evident. Any personal preconceptions I had of AFL players from the 60s and 70s all being big brutes were quashed the moment I arrived. Still fit, you can picture Ted being as quick and nimble on his feet as he is in conversation.

If you ask Ted where he’s from, he’ll tell you it’s, “Gippsland(ia) first. Australia second”. Ted grew up in Moe and like many country kids had a passion and talent for footy. He was also a world-class water skier. Ted wasn’t really like other kids, sure his talent allowed him to be playing senior football in one of the toughest country leagues at age 15, but it was his creative flair that separated him from others.

As Ted puts it, “Back in the 50s if you lived in Moe or Morwell, you were going to work as an apprentice in the power industry or lopping trees in the forest”.

Not Ted, he dreamed of being an elite footballer, failing that he would become a renowned writer and poet.

An aspiring poet taking on woodchoppers on a muddy Moe deck in one of football’s toughest eras would’ve made for some great viewing! When looking back on those days, Ted believes it was a combination of factors that made the Latrobe Valley such a successful recruiting destination, “The grounds in Melbourne were muddy and the football was strong and tough. The conditions we had in Gippsland were the same. They’d recruit the best out of the Western Districts, who played on dry, firm and fast grounds, and they struggled in the Melbourne conditions”.

With five clubs chasing him, Ted chose Carlton just prior to the regional zoning requirements being introduced. Ted believes that Hawthorn gaining the Valley as their zone, even back then, highlights their recruiting prowess.

“I’m somewhat of a ‘footballing legend’,” claims Ted, and rightfully so, his four-goal second half in the aforementioned 1970 Grand Final helped Carlton win the premiership under the great Ron Barassi.

Ted’s from a talented sporting family. While his sporting ability likely came from his mother, there is an articulate and analytical side accompanying him (Ted holds a Bachelor of Science), which he believes is his father’s. Following his Grand Final heroics, football continued to play a part in Ted’s life, but other dreams were evolving. It wasn’t long before he started Champion Books and soon released The Yallourn Stories in 1982, as a precursor to The Book of Slab, published in 1983, which also contained The Yallourn Stories, along with a collection of Ted’s poetry. More recently, through Slattery Media in 2011, Ted published The Stats Revolution, his personal story, which has been described as, ‘A unique story about a unique man’.

Again, this is the Sport Department, so let’s return to Ted’s AFL accomplishments as this is where Ted has changed the landscape on how footy’s played, the language we use when describing it and how we, as supporters, engage with it. After all, if not for Ted, we wouldn’t be using phrases like ‘hard-ball’, ‘get’ or ‘clanger’.

From Champion Books, Ted started another company, Champion Data. It’s via this new venture that Ted developed a team to record and analyse statistics from all AFL games, originally applying this new data to develop and publish books such as the AFL Prospectus.

Ted began looking at the game in a whole new way. He started exploring how you could break down winning a game by winning in a few key areas. It wasn’t uncommon for Ted to have the likes of Eddie McGuire, Denis Pagan, Neale Daniher and Brett Ratten sitting in his upstairs office, dissecting everything they could about their teams and, of course, their opposition.

It wasn’t so long ago that you’d arrive at work on a Monday morning and be asked, ‘How many tips did you get right?’ For many of us, that question has now changed to, “How’d your SuperCoach team go?”. Now, we can’t give Ted credit for creating SuperCoach, but he, Swinburne University Mathematics Department and his team created the algorithm that gives everyone a ‘Champion Data Ranking’ for which their score is based on. Cheers, Ted!

To summarise Ted’s accomplishments in this short space is unjust, but to sum up how he feels about Gippsland is easy—he’s passionate. In his words, he’s a dual citizen of Gippsland and Australia. We shared an early morning breakfast, over which we discussed this article. Gesturing outside, I could see his kayak strapped to the roof of his vehicle and fishing rods carefully tucked inside the car. This AFL icon was off to fish for some barra in the Hazelwood Pondage. Water is now an element that Ted’s constant evolution has drawn him to. He loves his time in the kayak and believes that water (along with food, energy, manufacturing, health and sport) is a key to our future success in Gippsland. Ted’s view is that, “The Latrobe Valley and Gippsland is a ‘Rift Valley’ —giving us access to vital water stores, which make everything possible, as without them there would be no power generation and our food production wouldn’t be what it is”.

He’s intently watched the growth of Gippsland’s health industry and when he’s not writing for his blog, soldthedummy.com, he’s writing for Cafe Cuba Blokes online about ‘blokes with strokes’, which is taken from a group that Ted attends on Monday mornings of the same name. Having suffered a stroke in 2017, Ted’s doing what he can to support others.

From this author’s point of view, no words can truly convey just how captivating Ted Hopkins is. He is unique, creative, sharp, intelligent, insightful, well-researched, humorous, a man of action and most of all, a gentleman.