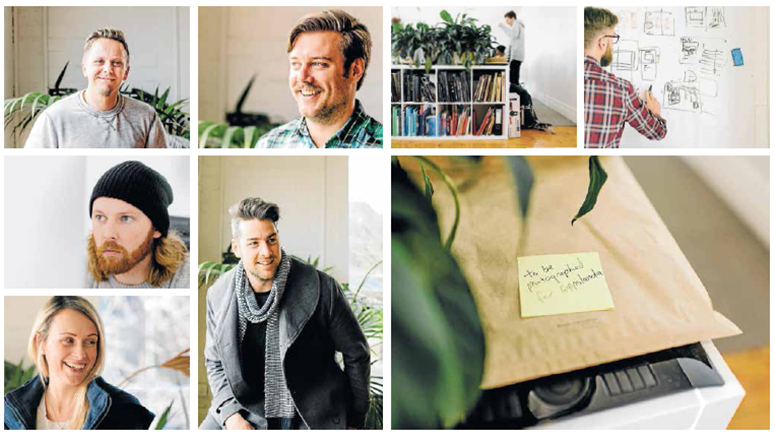 The people who bring you Gippslandia.

An ‘about us’ section to introduce some of our writers, contributors and partners that bring Gippslandia to you.

It’s almost been a year since Gippslandia — a project of love by The View From Here design studio — released its debut issue. To celebrate, we compiled this ‘about us’ section to introduce some of our writers, contributors and partners – whom without this publication simply could not exist. Our readers and the community are why Gippslandia is what it is today, and we hope to keep growing to serve our purpose as a publication which focuses on all the fantastic and optimistic aspects of our fine region. — 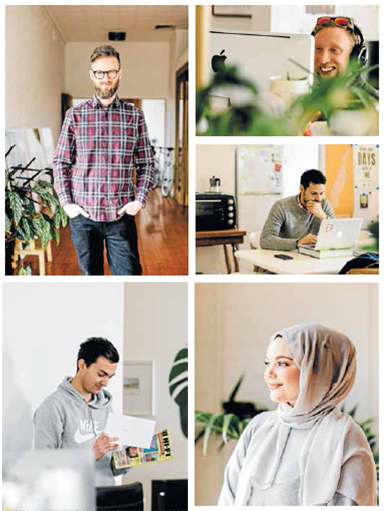 Morgane Cazaubon – Photographer Morgane is very well travelled. Born in France, she lived and worked in Scotland for nearly five years before moving to Heyfield with her partner. She also owns a business where she works on her creative design and photography. Why does she believe in Gippslandia? ‘It’s a showcase for Gippsland to other regions. It can help improve recruitment to local businesses. Gippslandia can open people’s eyes in Melbourne, and beyond, to the potential of living here. Gippslandia is about promoting the local businesses, believing in people and sharing their stories.’ Lisa Northover – Writer ‘Growing up in Gippsland I instinctively value the importance of a strong community, appreciation for nature and an overall slower paced life. I moved to Melbourne in 2010 and hadn’t really looked back until Gippslandia exposed me to a quirkier side of the region that I was otherwise oblivious to. It’s been a privilege to get involved with Gippslandia, not only to explore my own creativity, but to witness first hand just how the community of designers, artists and small business owners that support one another, rather than work against each other.’ Elle James – Contributor ‘Firstly, I can't believe it's nearly been a year since the idea of Gippslandia was proposed to me! I have been honoured to write the fashion pages over the past three issues! Gippslandia is just what us "Gippslandians" have been crying out for! A collaboration of talented and passionate creatives sharing everything amazing that our trendy region has to offer, as well as sharing open-minded and truthful views on current and pressing issues! I look forward to many more issues of educating and sharing stories on all things makeup and fashion.’ Andrea Kinsmith – Contributor ‘We believe in ideas worth sharing. Ideas that are worth sharing empower people and communities. Gippslandia is fertile with stories that delight and inspire. The beautifully presented pages share tales of innovation and resourcefulness that come from people within our own community. Connecting and empowering us with exciting possibilities for our region.’ Andrea Lane – Contributor ‘Arriving in Nowa Nowa as a (Fairfax Media) webmaster 18 years ago, dial-up and disruptive electric fences did not dampen my spirit. I was here to marry the most eligible artist in town. These days I am obsessed by this community’s love of nature. And I love the artists who turn it all into stories and experiences that make people like me care about saving the planet.’ Sarah Price – Contributor Sarah’s a Master of Journalism student at Monash University. Raised in Gippsland, she has travelled to some cool places to study and work – including Malaysia and Denmark. Now back home, she’s constantly inspired by the people of Gippsland and impressed by the work of the Gippslandia team to promote positivity. ‘When I came back from studying and working in Denmark this year, I was impressed by this new and rad project called Gippslandia. I immediately wanted to jump on board as I believe it was something the region really needed.’ Joh Lyons – Contributor ‘I love the people of Gippsland, and Gippslandia shares some of the diverse and important stories of living in our region. In my roles as Manager of The VRI and Co-Director of Reactivate Latrobe Valley, I see amazing projects and activities that happen in our spaces. I hear wonderful stories of creativity and the strength of our region. It's an opportunity for our storytellers, photographers and artists to offer our lived experience of his beautiful part of the world.’

A word from our partners.

As the Gippslandia team discussed their motivations behind getting involved in the newspaper, some of our Founding Partners kindly chimed in on why they believe in the potential of Gippsland. GIPPSLAND COSMETIC LASER CLINIC Daniel Calabro & Anita Turner “Along with its exceptional natural environment, we believe Gippsland boasts an enviable sense of community. People still smile and say "hello" in the street and genuinely take pride in supporting their community - whether through sport, business, environmental or social means.” ROPAN FINANCIAL SERVICES Jason Panozzo-Tile “When I wake up, the first thing I do is look out toward Mount Baw Baw and I’m reminded on how well positioned Gippsland is, providing ease of access to beautiful mountains, beaches, waterways, excellent accommodation and resort-type facilities with fine restaurants, friendly locals with some of the best fishing, snorkelling and diving sites in Victoria, collectively offering a sense of adventure and the ability to be free. Gippsland is the perfect destination for an active and enjoyable lifestyle. It is unbelievably beautiful.” FEDERATION UNIVERSITY Molly Hickey “The Gippsland region is one that delivers an array of opportunity and growth potential when it comes to education. Gippslandia is an enthusiastic and dedicated platform that has allowed Federation Training to communicate their ability as the only Gippsland TAFE to provide Gippsland locals with access to a quality education, eliminating the need for locals to leave Gippsland and travel to Melbourne. It’s a win-win for all of Gippsland.” 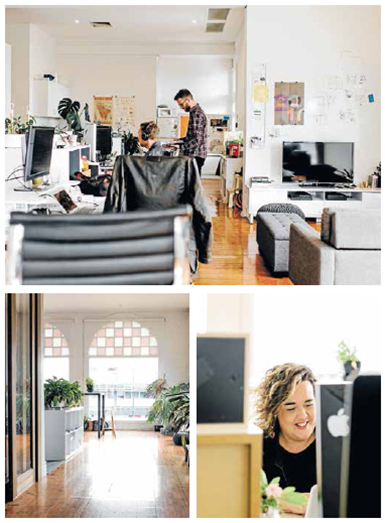