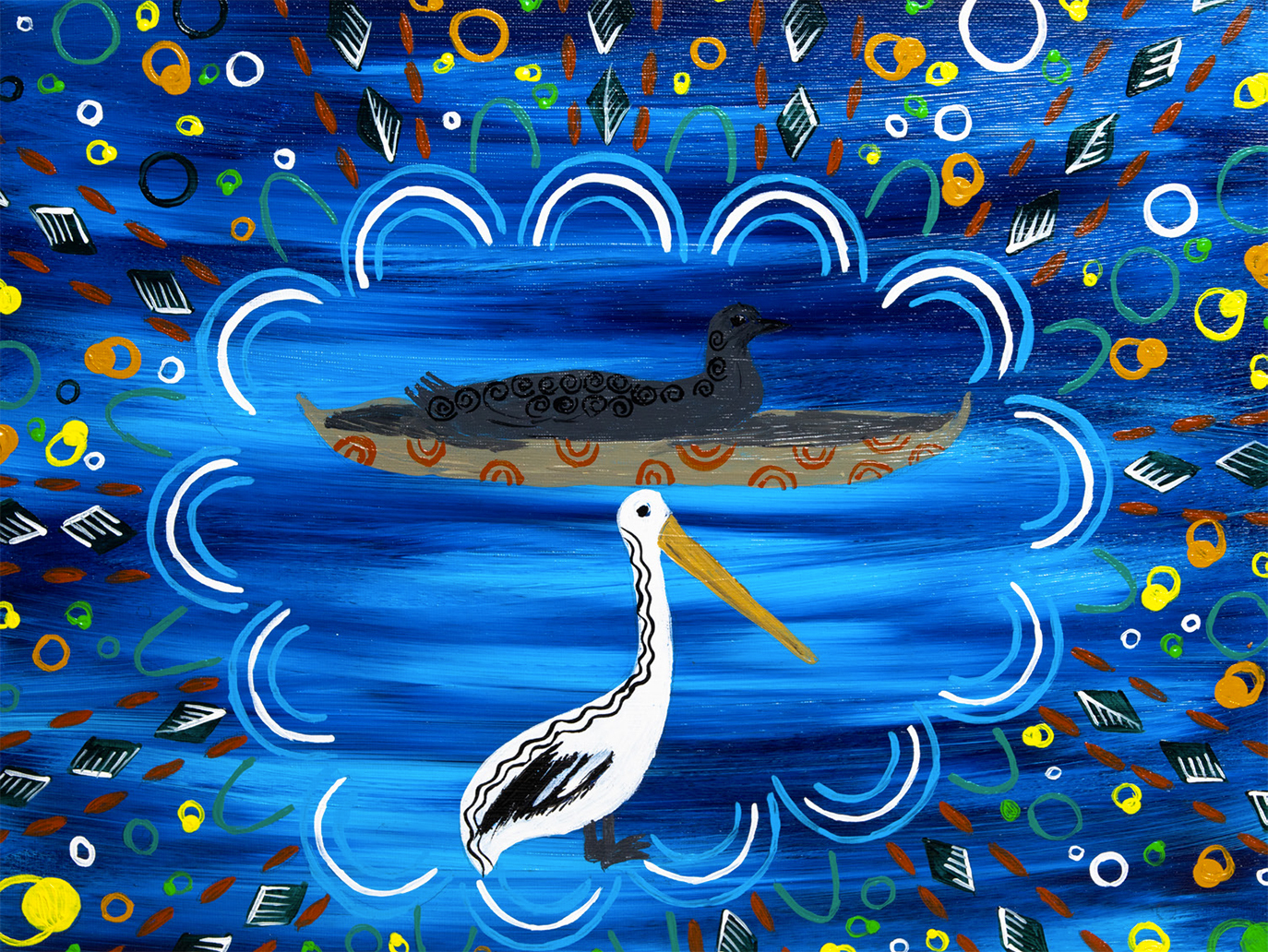 To begin Gippslandia #21, we present a selection of key creation stories from the Kurnai Nation.

These stories often blend science and historical events, such as how things came to be, with cultural norms and important lessons for living. Many of the events these stories describe match the scientific understanding of historical events. For instance, locally, the sea level rise after the last ice age was a key event.

There are some similarities, but each group (and there are hundreds of Aboriginal cultures in Australia) has their own creation stories and languages that they have been sharing orally for around 2,000 generations.

The stories are often age or knowledge level–specific. Also, they need to be memorable, otherwise, they won’t continue to be passed down from generation to generation, as they have for tens of thousands of years.

The following creation stories presented here have been provided by a Kurnai Elder. 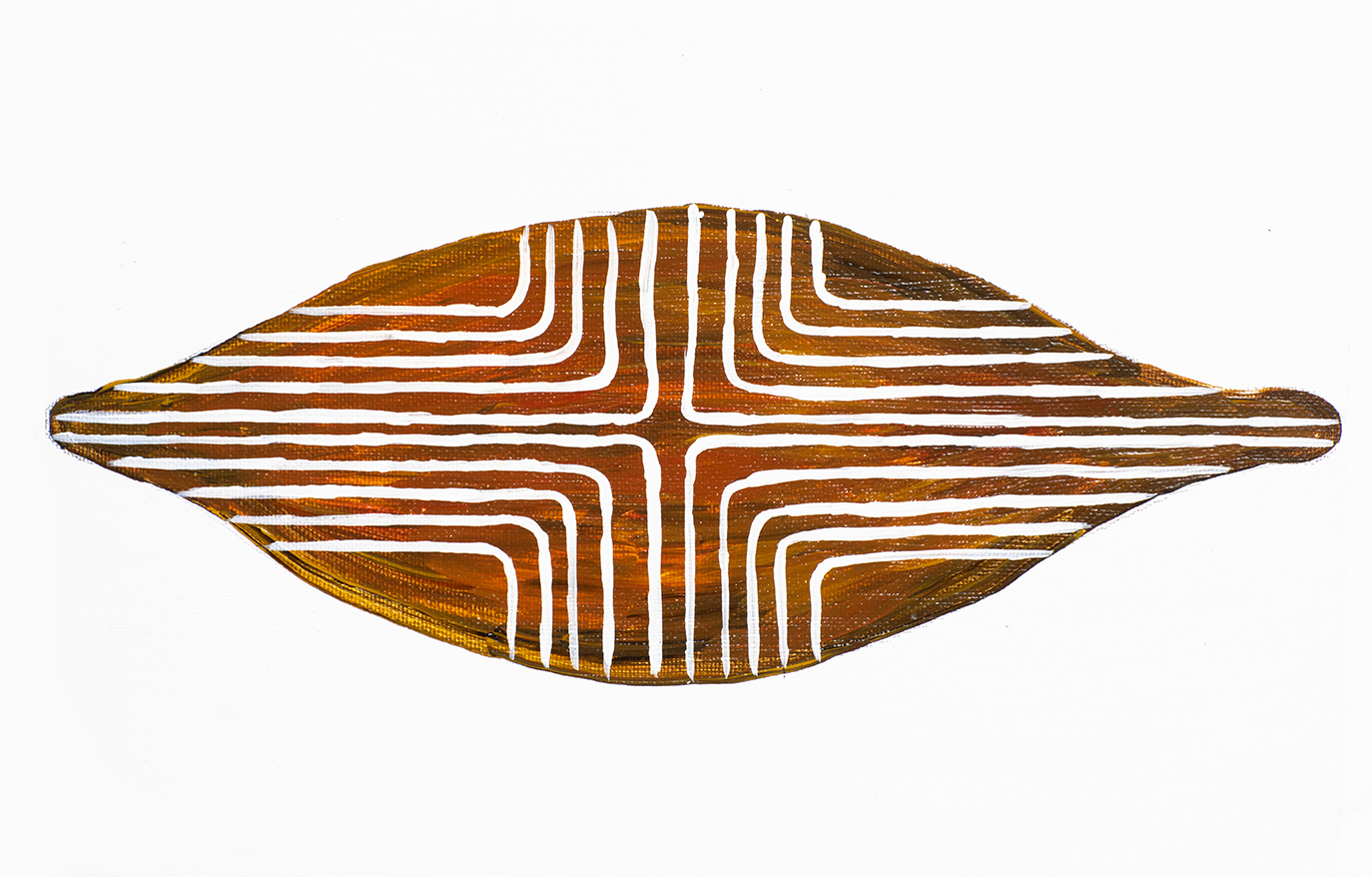 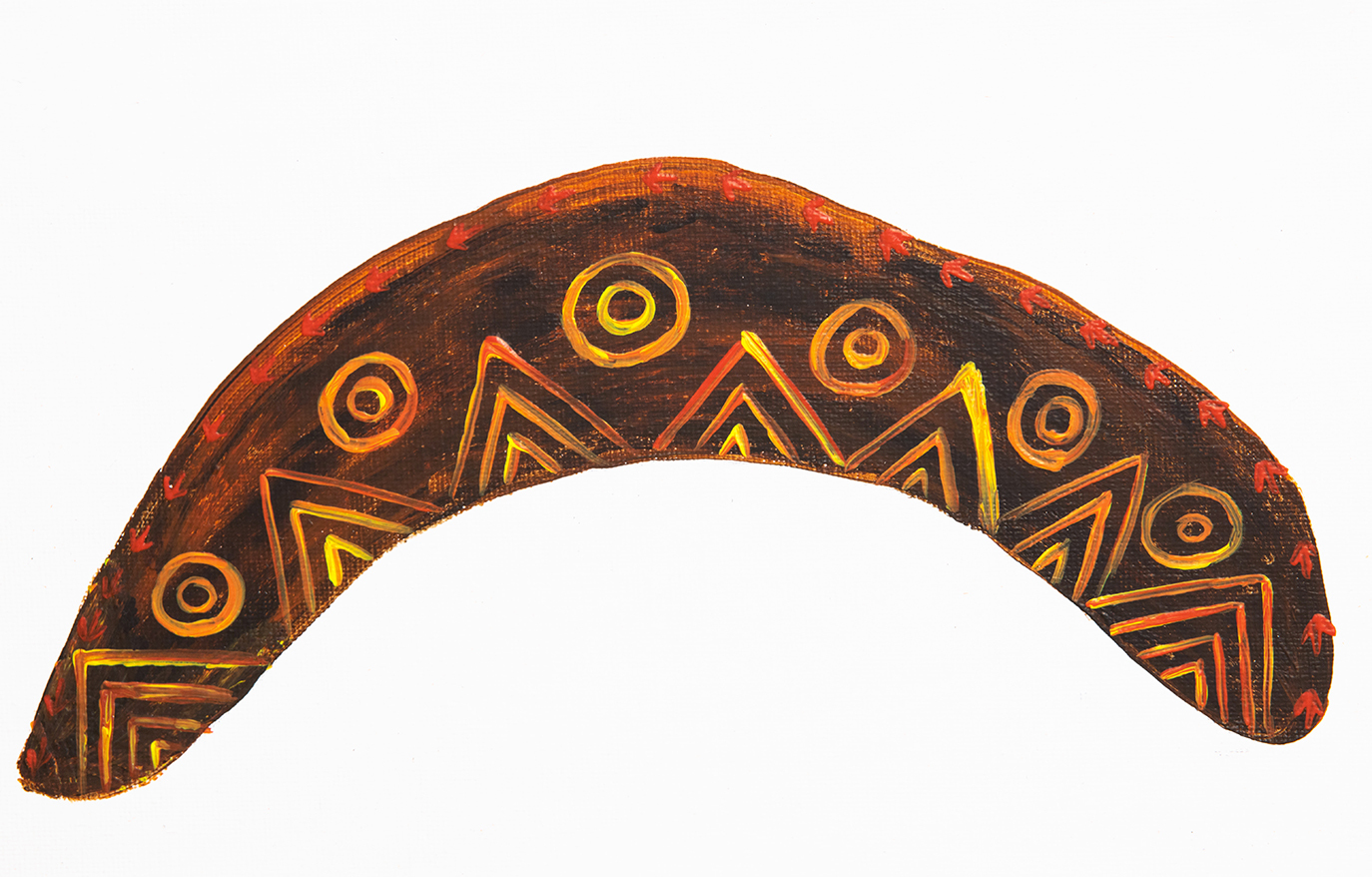 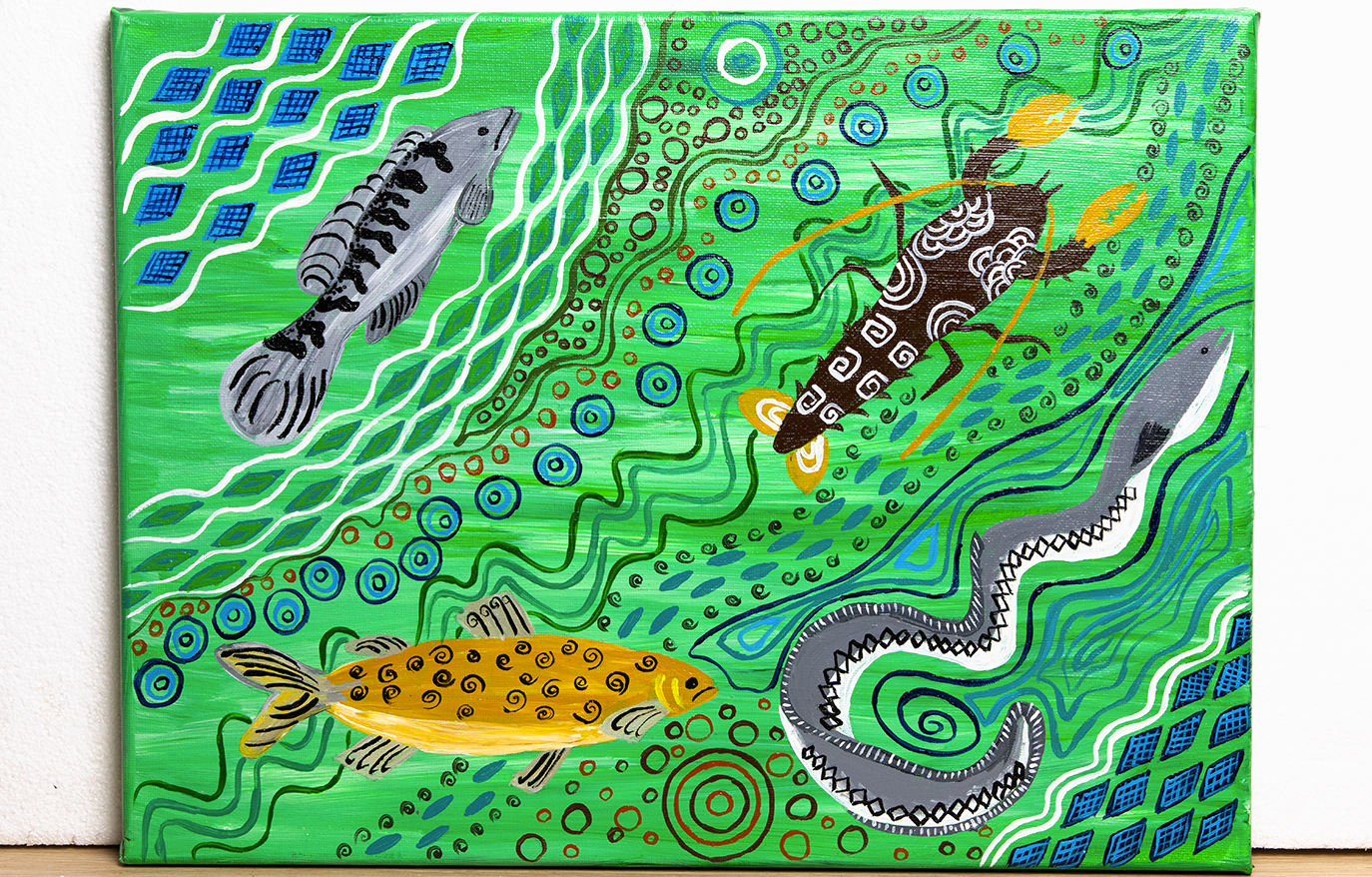 There was a time when the first Kurnai, who was Borun (the Pelican), came down from the mountains of the north-west and reached the level country.

He crossed the LaTrobe River near Sale and continued his journey to Tarra Warackel (Port Albert).

He was alone, carrying a bark canoe on his head.

As he was walking, he heard a constant tapping sound, but look as he may he could not find the source of it.

At last, he reached the deep water of the inlets and put his canoe down. Much to his surprise, he saw a woman sitting in it. She was Tuk, the muskduck. He was very pleased to see her and she became his wife and the mother of all the Kurnai.

© Copyright on behalf of the Kurnai descendants by the Kurnai Nations Company.

The Port Albert Frog and the White Rock

Tide-lek, the frog, had been sick and had drunk a lot of the water, so much that there was no water left in the land for the people and animals. Tide-lek felt sorry for causing the animals and people to go without water. Tide-lek wanted to get rid of the water he had drunk but could not.

One day he was walking along the shore of Port Albert feeling very sad. All the people were looking at Tide-lek and wondering how to free the water that was in his body. It was agreed that an effort should be made to make him laugh. If they did make Tide-lek laugh, the water would come out of his mouth.

All the animals tried to get Tide-lek to laugh, but failed. So No-yang, the eel, began to dance on his tail and wriggled so that Tide-lek laughed. All the water came out of his mouth and there was a flood. Now all the people were very sorry. Many people drowned and others were marooned on the higher ground, which formed islands. Borun took it upon himself to save the people. He cut a very large canoe and sailed amongst the islands and brought the people to the mainland.

On one of the islands was a woman whom he wished to have as his wife. He saved all the people from the island by making several trips on his canoe and left the woman last. The woman was frightened of Borun, so the woman wrapped a log in a possum skin rug, [and] placed it near the fire. The woman swam to shore. Borun returned. He called out to the women. Receiving no reply Borun became angry and walked up and kicked the possum skin rug and saw it contained a log.

Borun became very angry anddecided to avenge himself upon the people he saved. Borun began daubing himself with white pipeclay, as [people] do when about to fight, when Borun was turned into stone and is now White Rock, the northernmost islet in the Seal Group, about 8 miles south-east of Rabbit Island, east of Wilsons Promontory.

Previously, all pelicans were black, now they are black-and-white because of the pipe-clay, which their ancestor had used.

The Kurnai had no legend of the migration of Lohan; the Kurnai believed that he lived in the mountains of Wilsons Promontory with his wife Lohan-tuka.

The Brataualoong clan – in whose country Lohan and Lohan-tuka lived – their old men had seen him from time to time marching over the mountains with his great jag-spear over his shoulders.

The Kurnai believed that Lohan watched over them and that he caused their Country to be deadly to strangers. It is therefore to Lohan, [who is] attributed the taboo, which protected them against the visits of other tribes. 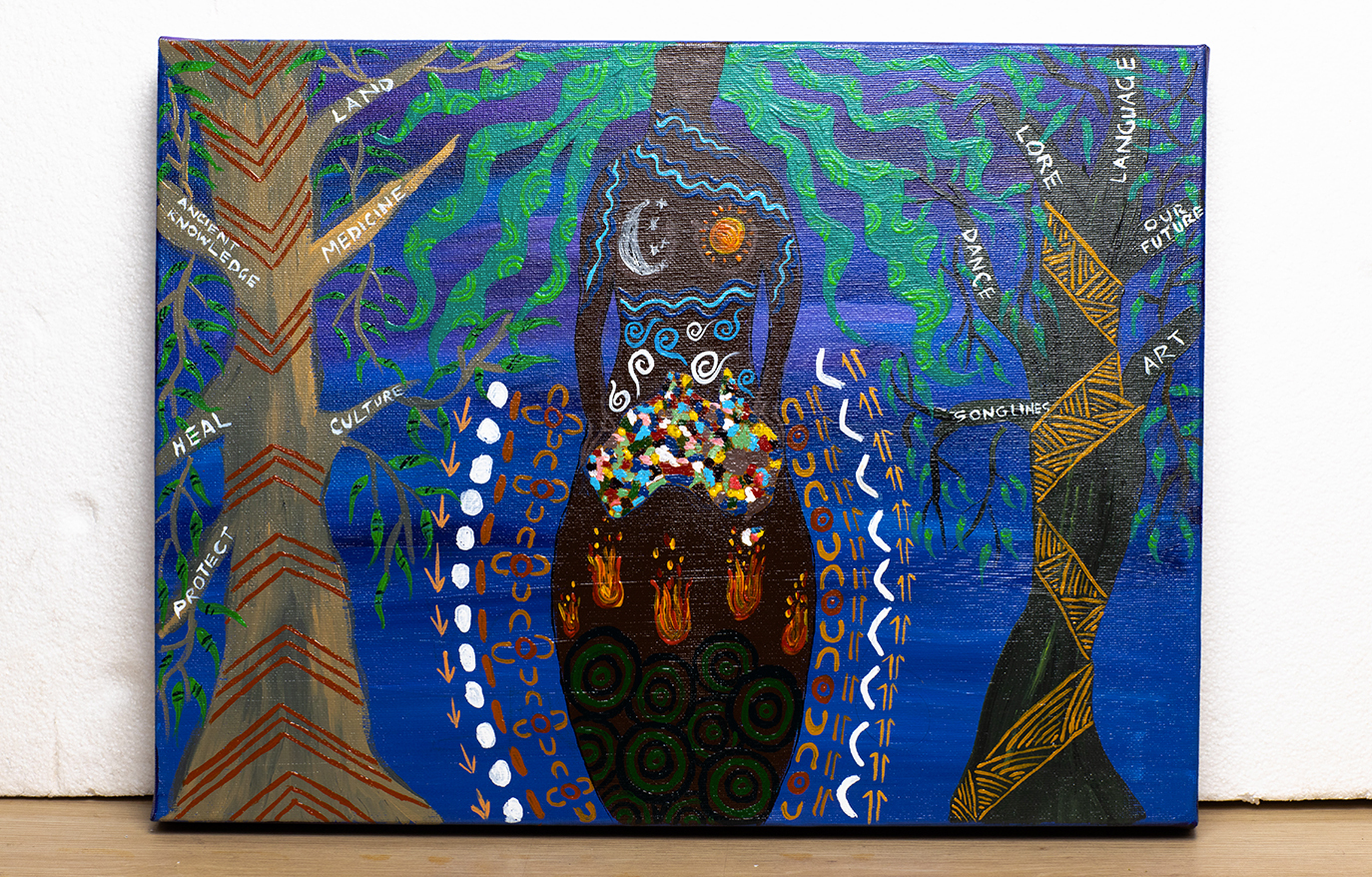 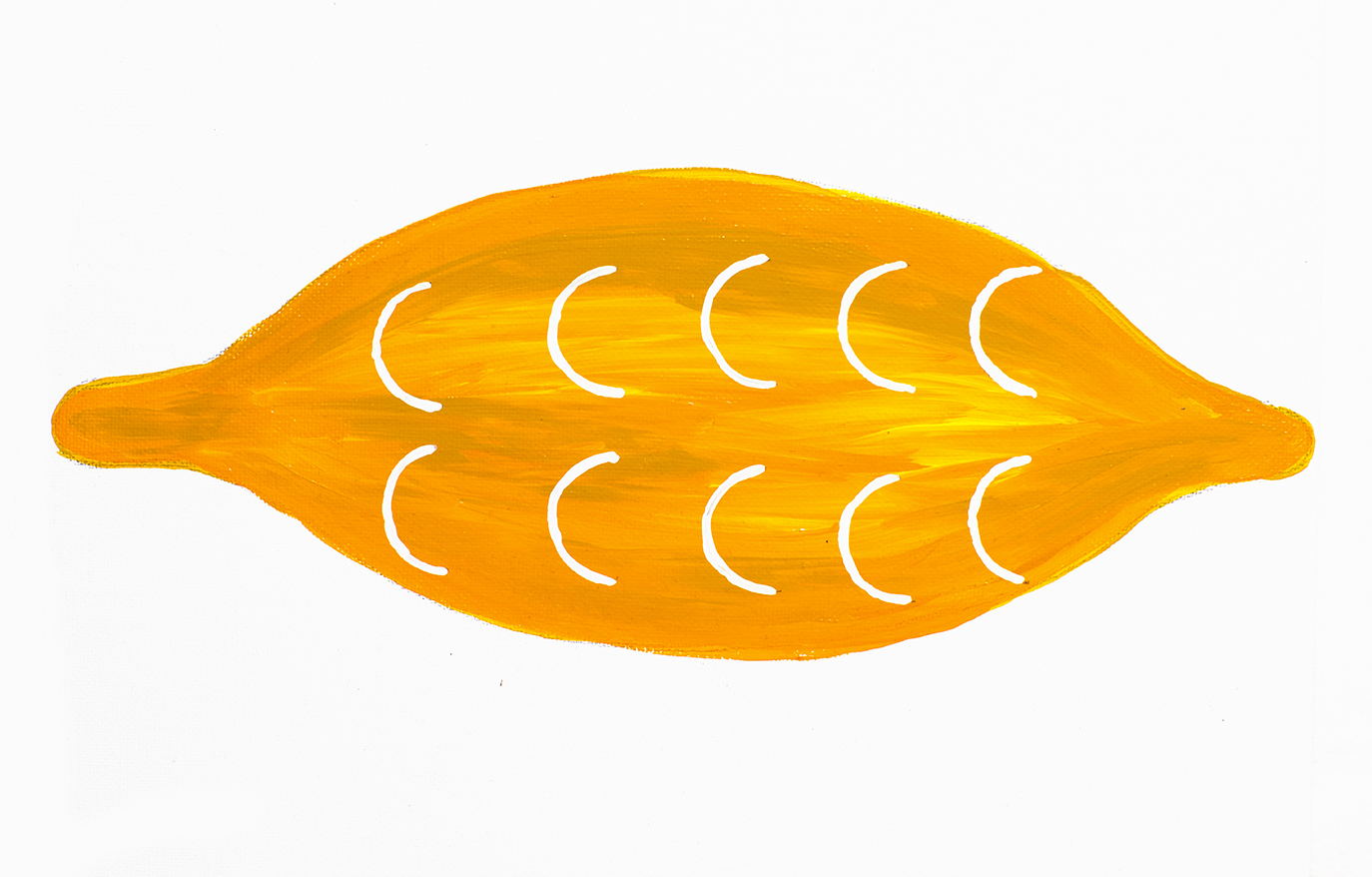 The Origin of Fire

There was a time when there was no fire for the people.

It was all kept by two nasty women who would not give any of it away.

At length Bimba-towera, the Fire-tail Finch, decided he would get some of this fire.

Bimba-towera’s plan was to become friendly with the two women even to the extent of going with them on journeys and staying with them at their camp.

Over time Bimba-towera gained their trust and the confidence to be capable of handling the fire-sticks. This was the opportunity Bimba-towera was waiting to seize, and [he] hid the firesticks under his feathers on his wings and back and made off with it and gave it to the Kurnai.

The Kurnai name Bimba-towera means ‘the bird shoots out fire’. The red spot on his wings and tail are where he carried the fire-sticks.