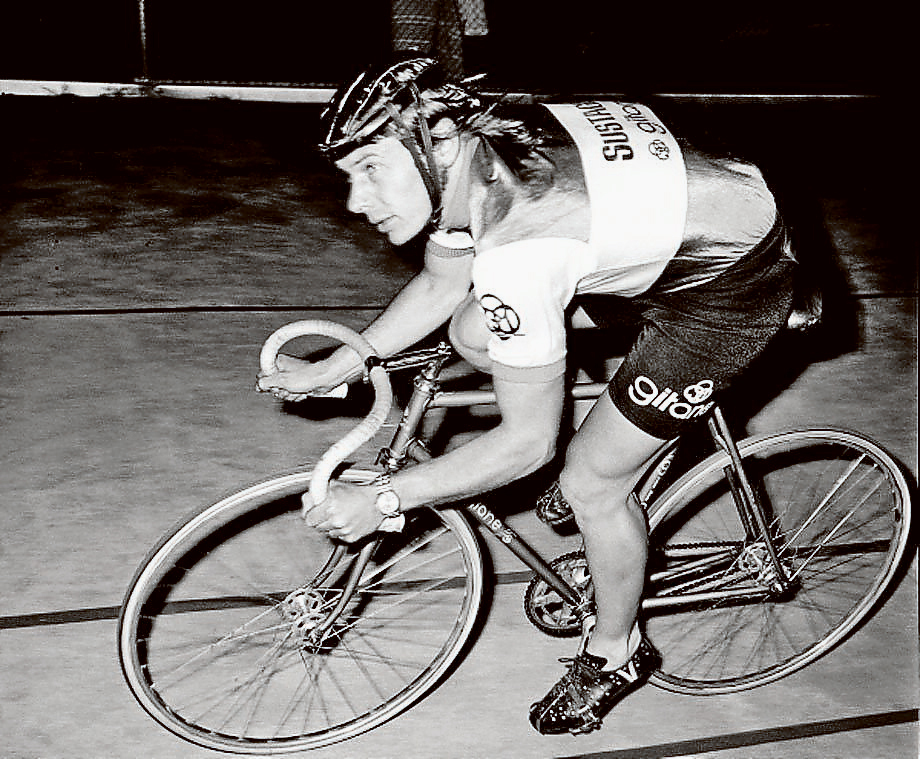 One of the Italian Cycling Team says: ‘Your mechanic, he has a good time!’ Clyde replies: ‘That’s not our mechanic.’”

“We were in Puerto Vallarta after the Olympics to race the Tour of Mexico,” he explains. “I am laying out on a lilo in the pool with a stubbie and a cigar when the Italian team arrive. They start chatting with the boys, and one of them says: ‘Your mechanic, he has a good time!’ Clyde replies: ‘That’s not our mechanic.’”

John Trevorrow has enjoyed a life-long love affair with cycling, including a storied career on and off the bike. The former Australian Champion, previous Morwell resident and current Herald Sun Tour Race Director spoke with Kieran Pender.
—

John is a man of stories and smiles.

While his sun-worn face betrays the effect of many years in the saddle, five decades in the cycling industry have not diminished Trevorrow’s love for the road, nor his warm and affable personality. To Gerry Ryan, the financier of much recent Australian cycling success, Trevorrow is the sport’s “unsung hero”. As Orica-GreenEDGE owner, Ryan told the Herald Sun last year, “You can see his passion ... Cycling thanks him for it.”

Ryan and Trevorrow, together with Daryl Herbert and David Ferrier, have teamed up to create GTR Events, in what may prove the most important development for domestic cycling in recent years. With responsibility for delivering a raft of high profile races across the National Road Series and summer of cycling, GTR Events will play an influential role in shaping the future of road racing in this country. Lucky, then, that the highly experienced Trevorrow is at the helm.

Now 66, the vertically-challenged Victorian has long had cycling in his blood. Brought up on tales of racing glory, Trevorrow would go on to build a professional career with successes at home and abroad. “My father used to race,” he explains. “When I was a little kid in the early 1950s, the Sun Tour riders would stay at my house when it came down to Gippsland. I would listen to their stories – I was always going to be a bike rider.” 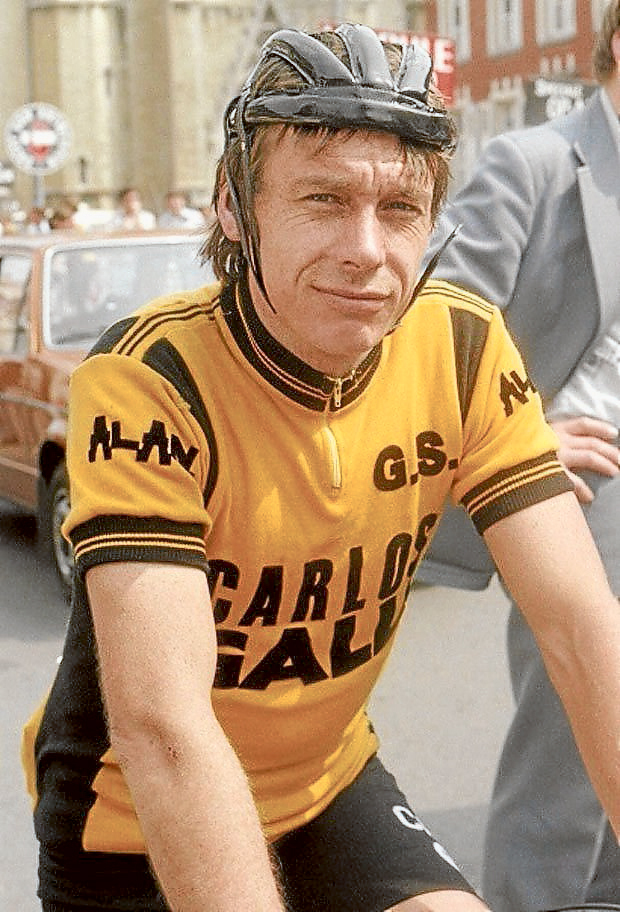 Trevorrow got his first taste for elite racing as a 21-year-old, selected in the Australian team for the 1970 Commonwealth Games in Edinburgh, Scotland. The young rider finished third to complete an Antipodean podium, with compatriot Ray Bilney beaten to gold by New Zealander Bruce Biddle. “The Commonwealth Games was my first trip away,” Trevorrow recalls. “Back then young Australians did not travel much. I came from a country town, Morwell, and I remember the town being really excited – not because I was going to the Games, but just because I was going overseas!”

Two years later Trevorrow was back in national colours for another European visit, this time to the Olympic Games in Munich, Germany. While Trevorrow helped teammate Clyde Sefton to silver in the road race, his memories of the time are dominated by the birth of his daughter and the tragic terrorist attack. “Of course competing at the Olympics was very special,” says Trevorrow. “But my wife was pregnant, and the night of the terrorist attack was also the night my daughter was born. All communications were cut, so I did not find out until a few days later that I had become a father.”

The attack, by Palestinian group Black September, saw athletes and coaches from the Israeli team held hostage. Eleven Israelis and one West German police officer lost their lives, along with five of the terrorists. “We had woken up that morning thinking we would be contesting the road race, only to find out there had been a terrorist attack,” Trevorrow continues. “I remember thinking, ‘what’s a terrorist?’ There had never been anything like that. The Israelis were staying nearby, so we saw the terrorists and hostages get out to the helicopters. It was terrifying stuff, and put a real down on the Games.” 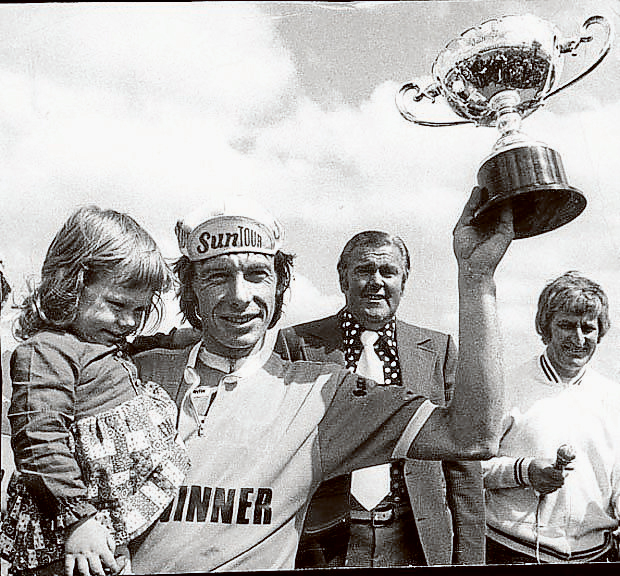 Ever chirpy, the tone of the conversation quickly changes as he remembers an enjoyable visit to Mexico later in 1972. Discussions with Trevorrow are inevitably sprinkled with numerous amusing anecdotes – from hitting Eddy Merckx with a video camera in Mexico City to being mistaken for the team mechanic. “We were in Puerto Vallarta after the Olympics to race the Tour of Mexico,” he explains. “I am laying out on a lilo in the pool with a stubbie and a cigar when the Italian team arrive. They start chatting with the boys, and one of them says: ‘Your mechanic, he has a good time!’ Clyde replies: ‘That’s not our mechanic.’”

Despite this love of leisure, Trevorrow turned professional the following year. He won the 1974 Sun Tour, and later added two more Sun Tour titles to his wares. Now the event’s race director, Trevorrow describes this unique combination as “very rewarding”.

Trevorrow spent the remainder of the decade racing in Australia and Europe, interrupted by a temporary retirement at the end of 1973. Three consecutive national road championship victories from 1978-1980 put Trevorrow in an elite club alongside Phil O’Shea, Russell Mockridge and later Robbie McEwen (only Sir Hubert Opperman has won more). Ever modest, Trevorrow downplays his achievements. “I never really took it that seriously,” he admits. “I would go over and muck around, race a bit, get a few contracts. Then I got married, so I came home, and I would not race the early season stuff. But the guys that really need to be commended [for establishing Australian cycling in Europe] are the likes of Sefton and Don Allan, and the riders that followed.”

Olympic gold medallist and cycling commentator Scott McGrory, who often works with Trevorrow, is quick to rebut his friend’s modesty. “I think most of today’s riders understand the role Trevorrow and his generation had in getting Australia to where we now sit in the cycling world,” says McGrory. “However, I am sure there are people that think it all started with Cadel [Evans]. It has taken a lot of time to build Australian cycling’s credibility on the road. It was the riders like John that challenged and inspired Phil Anderson to achieve what he was able to, and Phil in turn inspired another generation. So while we cheer for Simon Gerrans, Richie Porte, Rohan Dennis and company now, we should also pay tribute to those that came before as they played a role in this current success.”

Fast forward to the present, and Trevorrow has parlayed his ability on the bike into a career as a cycling promoter, journalist and race director. When we speak in late 2015, Trevorrow has one eye firmly on the summer of cycling ahead, where GTR Events will deliver the Mitchelton Bay Cycling Classic, Road National Championships, Cadel Evans Great Ocean Road Race and Herald Sun Tour. His excitement about the potential of the new venture is obvious. “By having one team delivering all the events, there are considerable savings – synergies so to speak. Gerry and Daryl are both passionate about the sport. Gerry needs another business like a hole in the head, but he is confident that we can lift the standard and deliver something really special. It is not just about bike racing – it’s about entertainment, bringing a cycling festival to these events, so they become more than just cycling races and bring the spectators back.”He cites the Tour Down Under and Road National Championships as successful examples, and hopes smaller National Road Series events can follow in that direction. Actions speak louder than words, though, and Trevorrow’s ability to attract the likes of Tour de France winner Chris Froome to the Herald Sun Tour is telling. “Trevorrow is the cycling expert within the group,” McGrory explains. “It is that kind of insight that will benefit GTR due to the network of relationships he has built over time. It is the sort of stuff money just can’t buy – that he was able to secure Froome to exclusively ride his Sun Tour is great evidence.”

More proof that Trevorrow is the right man for the job comes from the continued success of the Bay Classic. Started in 1989 to “take the events to where the crowds were”, the criterium series has become an iconic event on the cycling calendar. Trevorrow has also witnessed first-hand the rise of several generations of Australian stars, many of whom first tasted success at Port Phillip Bay.

Trevorrow’s experience and contacts will be most important in running the numerous National Road Series races taken over by GTR Events. The domestic series faces an uncertain future, with two races postponed or cancelled in 2015 and governing body Cycling Australia undertaking a “comprehensive review”. Says McGrory: “The formation of GTR Events is a great opportunity for the domestic cycling scene to benefit from the collaboration of experienced people with cycling in their blood. However, it also comes at a challenging time for our sport. It is no secret that the local scene is not in great shape. We keep hearing of the boom in recreational cycling in Australia, but the upper level of racing is not getting the mainstream cut-through we would like.”

Trevorrow is fully aware of the obstacles ahead, yet remains confident. During our discussion he moots several possibilities – from extra prize money to greater financial assistance for teams – that would be music to the ears of cash-strapped domestic outfits. “The National Road Series faces plenty of challenges, but I hope having one group running many of the events should settle things down,” Trevorrow says. “I think we just need to sit down with some cool heads, look at the entire program, and see how everything can fit in best.” 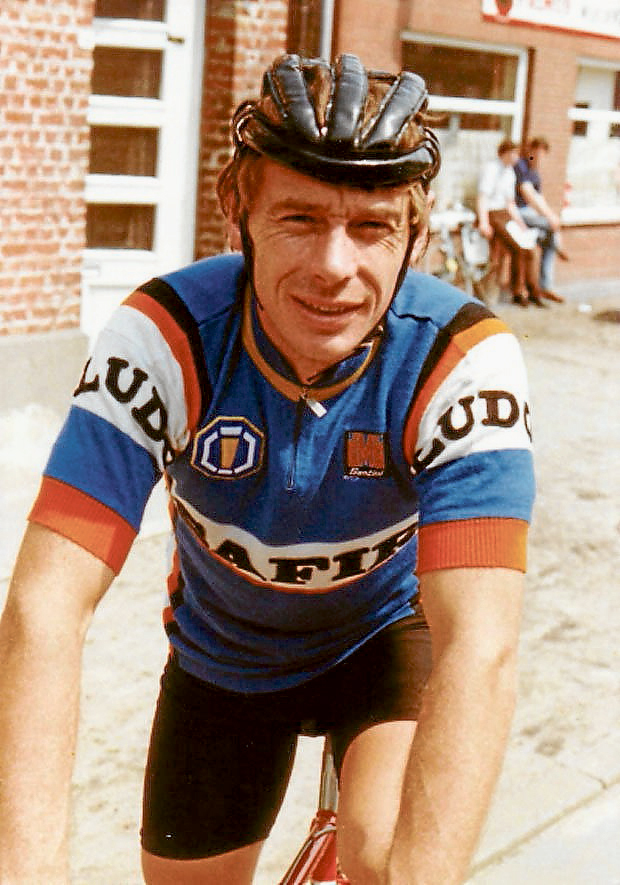 Whatever the success (or otherwise) of GTR Events, Trevorrow is already assured of a hallowed place in the history of Australian cycling. This is a man whose love of the sport runs so deep that he attended the 2013 Tour de France despite a cancer diagnosis. “It was the 100th Tour,” he recalls. “[Journalist] Ron Reed and I had arranged to write a book on it, but then I was diagnosed with oesophageal cancer. The doctors said it had to be a month between the last round of chemo and the surgery, so I replied: ‘Well I can still get to the Tour.’ My wife kicked me! But I had my last chemo on the Tuesday, and left for France the following day. I got home from the Tour, and three days later they chopped out my oesophagus.”

Trevorrow has long worn the nickname Iffy, short for ‘If Only’, as recognition of what might have been. Smiling as our interview concludes, the Australian cycling hero is adamant that he has no regrets. “I raced seriously, but I liked to have a good time,” admits Trevorrow. “Obviously in hindsight I wish I had taken it more seriously, but that’s just how I was at the time. I have had a sensational life, so no regrets from me.”