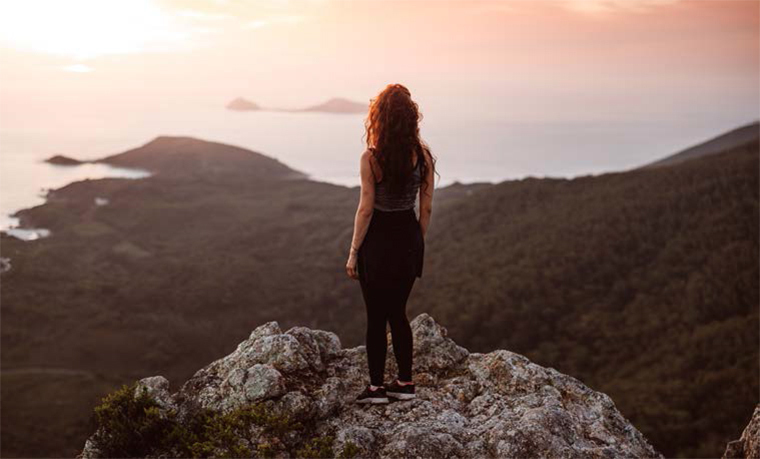 There’s nothing quite like taking some time out to breathe.

When travelling through a foreign country on a ridiculously crammed schedule, there’s nothing quite like taking some time out to breathe.
—

We wake up at the crack of dawn, only to sit on a dirty, hot bus for eight hours and forced to listen to yelping puppies that have been stuffed somewhere on board for the entire trip. Our travel halts for pottery shops, silk farms and a multitude of textile markets through the day. At each stop, we’re greeted by smiling locals desperate to benefit from Western travellers (suckers?), that relent to the pleas of their begging children. Like the aroma of increasingly sweaty passengers and stale cigarettes, the feeling of nausea never relents thanks to unfamiliar cuisine and constant travel sickness – why can’t we stop rocking? We’re always moving!

Yet, somehow, we still manage to drag our cameras out at each village we stumble through, ‘cause the insane beauty around us must be captured. We know our little ‘point and shoot’ will never grasp the sounds, smells and the overall feeling that this new location presents us in this very instance, but a simple photograph may be the only piece of evidence we take with us. The trigger to future moments of reminiscing.

After squeezing in another 42 more activities before dusk, we may’ve already forgotten the first five sights we saw that morning, as we’re continually awed by new moments cascading on top on the previous ones. On top of that…Shit! We need to catch a boat in five minutes, which will take us to another border crossing, where we’ll jump on a putting scooter to our accommodation for the night. That leaves exactly…no time for reflection or appreciation.

The bittersweet reality of travel is that although you’re in fact on a ‘holiday’, you’re also frequently in a location that you’ll never return to again. Therefore, you need to see EVERYTHING! After a recent trip of my own, I’ve only now realised that the most enjoyable and true opportunities for growth were the moments when I stopped, observed and reflected. No timetables, no announcements and no alarm clocks. More than that, being immersed in nature and stopping to appreciate the sunset at the end of the day allows us to catch-up, enjoy the local beer of the region, and allow the epiphanies permeate and seep in. Potential journal or blog fodder to share with the world, if we feel so inclined.Stepping onto a pretty boat on the Mekong River on the outskirts

Stepping onto a pretty boat on the Mekong River on the outskirts of Phnom Penh, Cambodia, felt like the first time I had actually stopped in the 14 days. Sitting on the second storey deck, sampling the local ‘Angkor’ brew, I realised something. I was drinking booze I don’t drink (I don’t ever drink beer, but you know, when in Rome…), I was having conversations with people I didn’t know and eating food that quite possibly give me food poisoning. All while an exploding sky of burning, pastel hues surrounded me. It was right then that I found comfort in knowing that I’d challenged my own limitations, and found great joy in being able to share this sensation with others who were doing the same.

The events of the day came streaming through my mind. We had witnessed families living out of dwellings that resembled my Nonno’s shed. They appeared perfectly connected, content and essentially seemed to do everything together – including cutting the fish heads off in preparation for dinner and allowing the 5-year-old child to use a bigger knife than what would be deemed safe in any reality cooking show. It was slightly confronting when one of the mother’s in a village asked how old I was and then laughed as my tour guide translated the answer, telling her I was 32. She replied through her giggles, “I’m only 27 and you look so much younger than me because your life is so easy!” I had no response to that. She was so right. Us, and all our ‘first world problems’, really need to get over ourselves at times. As the sun was eaten by the horizon, I’d processed my stimulating day of travel and felt at ease.

In an over-paced world, with expenses coming out of our ears and appointments scheduled until they’ve cut through family dinner time, it can place demands on us to the point that we even begin to feel guilty for spending time with our loved ones and living in the moment.

There’s something magically meditative about getting outside in the warmer months, finding a good seat and just watching the day come to a close. Whether it is alone, with your favourite people or alongside approximately 4000 other tourists at Angkor Wat; watching the sun go down, turning our pretty blue sky into a canvas of fiery brilliance, seems to be something humans never tire of.

Studies have shown that just by being in the presence of something beautiful, particularly in nature, we can feel more connected to our emotions and ourselves. Further than that, it can increase our desire to be generous. Imagine that! More sunsets = less war. Makes life sound so simple, right? Then again, maybe it is a lot simpler than we give it credit for at times. Dating right back to our Neanderthal ancestors, sitting around a campfire to end a hard working day of hunting and gathering initiated a feeling of safety, soothing its audience before they turned in for the evening. Sunsets are essentially the ‘fire of the sky’ and even now, we modern day Homo sapiens still experience similar feelings. The positive sayings and superstitions regarding, “a red sky at night, sailor’s/shepherd's delight” has become a familiar phrase, because we’ve been using this sign for the following day’s weather for over two millennia.

A particularly beautiful end to the day can act as a metaphor for something ending, yet there’s the daily chance of a new beginning. A clean slate. And, quite simply, sunsets are a beautiful contrast to the clear blue sky hanging above us during the day – they’re kind of ‘nature’s fireworks’. They have the power to stop us in our tracks and ponder, even in the midst of an overwhelming sightseeing junket.

Travel can change our mentality completely. Our views on our lifestyle and priorities can all be questioned, scrutinised and reformed, as the road stimulates us to recalibrate our true values. But we may not have to venture all that far to be reminded to breathe, reflect and occasionally switch-off. The rambling expanse of Gippsland provides us with many stunning vistas to appreciate the show the sky puts on for us at the end of each day.With many of the anti-stress scientists and ‘gurus’ keep telling

With many of the anti-stress scientists and ‘gurus’ keep telling us to do less to achieve more. Simply sitting on a hill and allowing the day’s end to erupt 360 degrees around us can have a ripple effect on the outlook of our daily life that can only benefit us and those we hold close. Tomorrow night, why don’t you give it a try?

—
The Gippslandia editorial team debated the merit of including a list of amazing and preferred sunset locations throughout Gippsland; and we each have our favourites — Publisher John Calabro loves hanging his feet off the jetty at Inverloch with rod (and ale) in hand around dusk; Photographer Andrew Northover, ever up for scaling any earthly monument (model in toe) supplied this photograph (above) taken atop Mt. Oberon, Wilson’s Prom; We also would be wrong not to acknowledge our adjacent advertiser, The Cape Kitchen, whose restaurant sits atop a Phillip Island cliff overlooking the waters of Bass Strait — all amazing options.

We’re keen however to hear from the Gippslandian readership about where you think the best soul-enriching sunset vantage point is in our vast eastern pocket of the world.
Post on our Facebook page, tag us in an Insta-post, or email our editor.