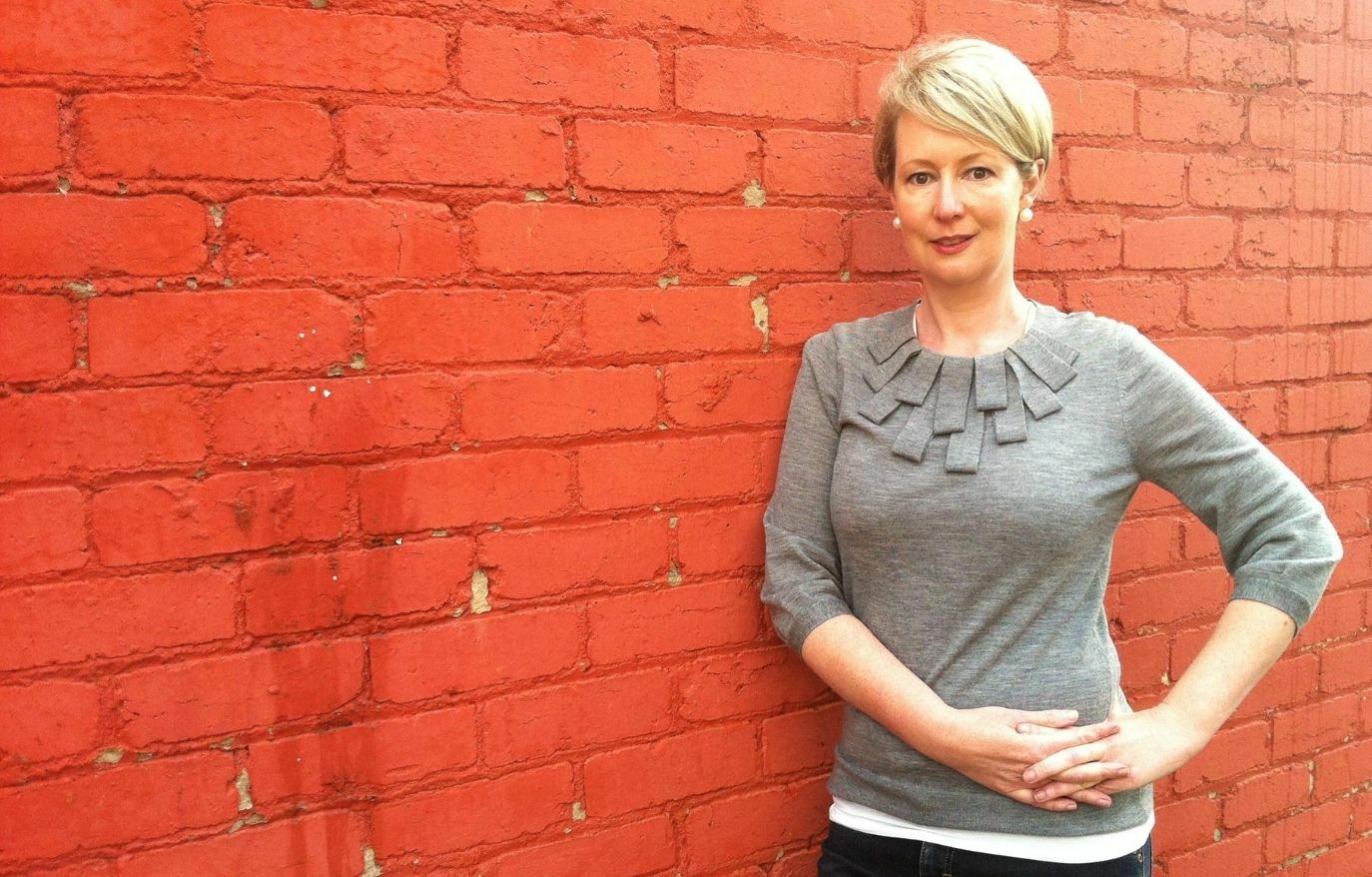 Sue’s love of Gippsland is only just eclipsed by her passion for listening to people’s amazing stories. What follows is a small glimpse into hers.

Raised in Churchill, but provided keys to the world through her passion for investigative journalism, Sue Smethurst continues to enjoy a heck of a career as a journalist, author and communications strategist.

Sue’s love of Gippsland is only just eclipsed by her passion for listening to people’s amazing stories. What follows is a small glimpse into hers.

Feeling “very lucky”, Sue received her first break when she landed the role of editorial assistant with Sports Weekly in the 1990s.

Sports Weekly was a new publication from an extremely large publisher, then known as Southdown Press. In the same media stable were titles including New Idea, Home Beautiful, TV Week and a whole number of very popular magazines at the time.

Only recently completing an arts degree at university, she felt as though she’d “probably been floundering a little bit” in her life to this point. But right away, she found herself watching the journalists work. Suddenly, she realised that she didn’t want to be making cups of coffee for them anymore, but that it was their role she wanted.

Sue approached her editor letting them know (in fact, pretty much anyone in the office who would listen) that she really wanted to become a journo.

From there, nearly every weekend she’d write dummy stories, and, gratefully, some of the team would mentor her, editing these practice pieces and providing guidance and advice. She was constantly refining her skills.

Then an opportunity arose for Sue to join New Idea, but it was to fulfil the role of picture editor, and she’d been developing her prose…

Upon being summoned to the publisher’s office, Sue initially freaked that maybe she was in serious trouble, but instead, he said, “I hear a rumour that you think you’d like to be a journalist”. Nervously, Sue replied in the affirmative. He outlined, ‘The picture editor has walked out of New Idea today. I need someone. If you can last 12 months, I’ll give you a cadetship’.

Even though Sue had never done anything like the role before, she dived in.

During her time as the picture editor, Sue continued to write, her storytelling developed and she began getting published.

Eventually, she progressed to become the editor of New Idea, becoming the youngest woman to ever hold such an impressive role for a major weekly magazine in Australia. This was during a time when New Idea was very much a staple for Australian readers and huge volumes of the magazine were being sold — many more than today.

Sue says that “It was a fantastic experience and I love it. It really cemented my love of writing, my love of journalism and just my love of stories.”

“That’s probably what has really driven my career, that passion for chatting with people… I love nothing more than getting out and hearing what someone’s got to say. Everyone’s got a story to tell and I really enjoy that.

“I particularly love Australian stories. They’ve been a great passion of mine for a long time.”

To further highlight the transition magazines and print media have undergone since Sue initially guided the team at New Idea, you have to remember that they weren’t yet set up digitally as they are now.

As Sue explains, “Every day we would receive a bag that would arrive on an overnight flight from the UK or US. We’d have bags and bags of hard transparency photos that we’d have to sort through.”

“Sometimes we actually wouldn’t see those photos for another 24 hours, until they cut the hard copies. It was really quite a different time… the technology changed very, very quickly.

“From there, it transitioned to being really huge volumes of photographs that you’d be going through; frequently paying huge amounts of money for them. Quite different to today.”

Maybe Sue has never lost New Idea’s knack of dropping a bombshell, as when she shares some of her biggest scoops, she really blows you away!

“I found Christopher Skase. I was the first journalist to interview him in Majorca after his big escape, so that was really huge (Christopher Skase was an Australian businessman who failed spectacularly and became one of the nation’s most wanted fugitives). That story went around the world and was a really extraordinary experience.

“We were bemused that (Minister for Justice) Senator Amanda Vanstone couldn’t find him or get in touch with him, but a journalist from New Idea did.

“That was a big, big cover story for New Idea and a really pivotal point probably in my life as a journalist as well. It took a lot of work, a lot of phone calls and a lot of hours, but we got him to speak.”

Another defining piece for Sue featured Pauline Hanson’s son, just after Pauline had come into parliament. Obviously, there was a lot of controversy surrounding her entry into politics and she made a speech where she stated that she wanted to be the ‘mother of the nation’. After hearing that the Hanson family life had challenges, Sue located Pauline’s son, interviewed him and learnt that he was living a pretty difficult life, but it also presented quite a different side of Pauline. Again, it was a story that received considerable attention.

Not all Sue’s work for New Idea was challenging, though, there were some perks too.

“I’ve been lucky enough to travel around the world with people like Olivia Newton-John, and do photoshoots on the beach in the Bahamas with Kylie Minogue… but that particular time, you would say was a golden era of journalism.”

To say that the 1990s and early 2000s were one of the best times to be a journalist means we’re in one of the tougher periods now. Sue counters that the media industry has experienced several transitions, but that its survival and success boils down to a core element.

“Digital has been fantastic in many ways because it provides another platform for voices to be heard.

“Of course, the downside is the ease of proliferation of our work online. It annoys me when I go and write a story that takes a lot of time and effort, that someone can then lift it off the Internet and rerun most of it for nothing. And we receive no benefits for that. So, it’s a double-edged sword. The Internet gives us the opportunity to tell stories in a wildly different and unique way, but at the same time, we need to respect where that work comes from.”

Sue’s remarkable interest in real-life stories has led her to become a published author too, as she felt that a handful of pages in a magazine would never do the story justice.

Her upcoming sixth book, The Freedom Circus, due for release shortly, is the culmination of five years of research.

The Freedom Circus is the extraordinary story of how Sue’s husband’s grandparents survived the Holocaust.

“My husband’s grandfather was a very famous clown in Poland. To survive, he performed for the Nazis and by doing that he was eventually able to save his own life and the life of his family. They made the passage to Australia and he became one of the first clowns on Australian television.

“Unfortunately, his grandparents have passed away now. I managed to get some interviews with my husband’s grandmother before she passed. The rest took a very long time to research and fully understand the story. I went to Poland last year and we retraced their footsteps. [The project] has been such a magnificent thing. I can’t wait to be able to share that story with the world.”

Sue believes the success of great publications is their respect for the reader. “So it’s incumbent to produce really great content that people want to read. Quality content, more than anything. And Australians do love magazines”.

“I’ll give you the best example. I wrote a piece for the Australian Women’s Weekly December issue on an extraordinary group of women in Lake Tyers that fight fires. It was paced timed to coincide with summer and the bushfire season. These great women have formed the first all-Indigenous, all-women fire brigades in Australia... That story took off. It absolutely blew us all away. The story ran in Switzerland, Canada and Alaska. We were getting emails every day from other media organisations wanting to pick up on the story and talk to these women. The Country Fire Authority ended up having to put a media person aside specifically assigned to them, just to take the media requests from around the world.”

The aforementioned inspiring story out of East Gippsland can demonstrate the best of humanity, but shortly afterwards the same region was devastated by horrific bushfires. Does covering the more negative sides of people prompt scepticism for Sue?

“Journalism certainly hasn’t made me jaded. It’s made me very appreciative of the world that I live in...

“I think I’m very grateful. I’m really grateful for the career that I’ve had, I’ve loved every minute of it. I think I’ve met so many colourful, interesting and unusual people in my travels. That’s why I’m never going to tire of this field — amazing people.

“And, quite often it’s the people who are the quietest voices, not the loudest, that are the ones that will stay with you forever and really inspire you. That’s what I love about it.”