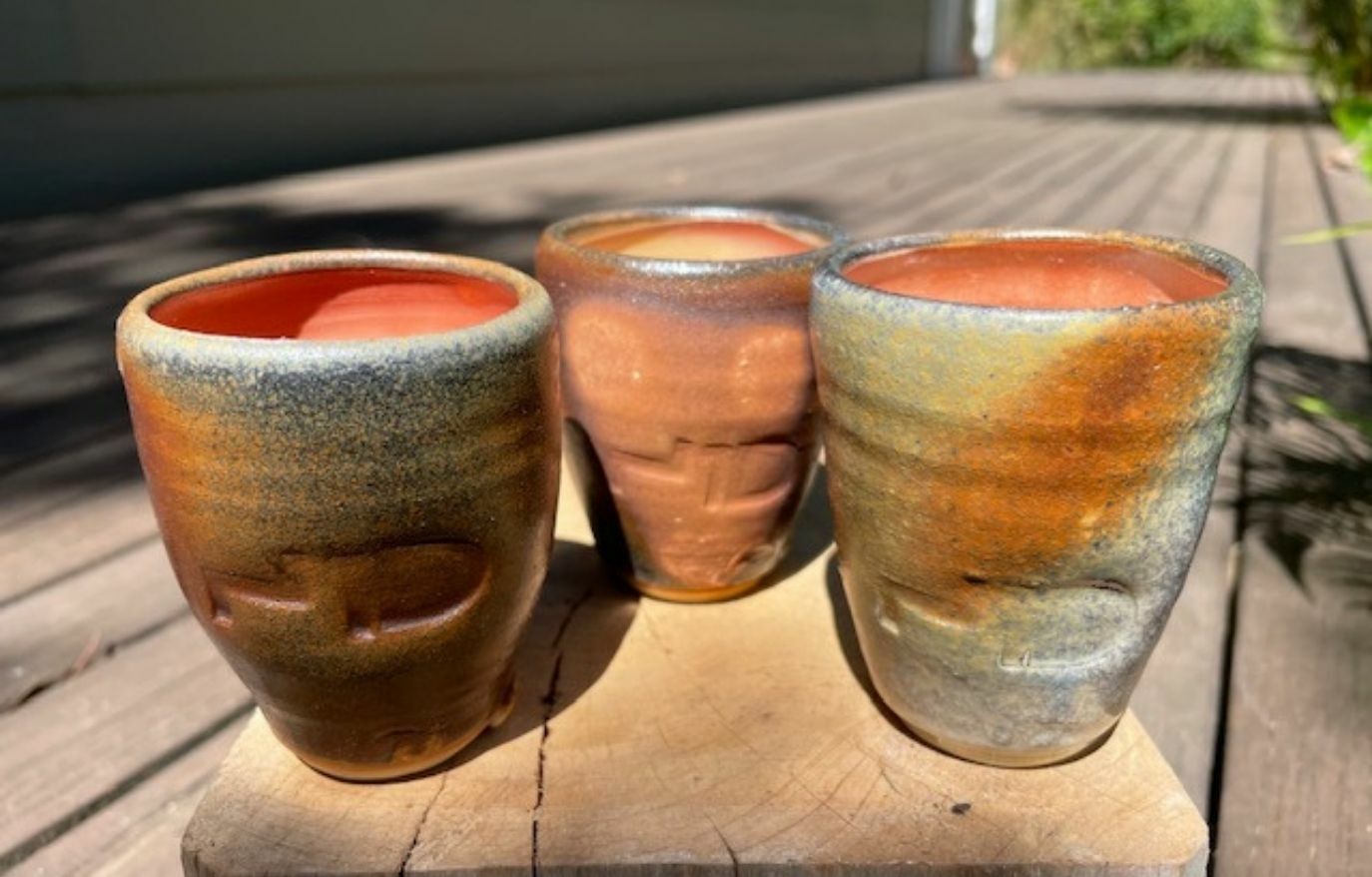 Two Gippsland makers are coming together with a mix of the old and new.

Inspired by the old, an artist and a grappa maker team up to create something new.

Two Gippsland makers are coming together for a new take on a tradition that’s thousands of years old.

Ancient Romans once drank their wine from woodfired terracotta cups. For thousands of years, the Japanese have stored and served drinks in handmade ceramic vessels.

Mark Dunemann and Sue Acheson are collaborating on a new experience inspired by this practice of drinking alcohol out of clay. Mark’s making the alcohol (in this case, grappa) and Sue’s creating one-of-a-kind ceramic cups to drink it from.

“It’s a real mix of old and new, which is what artisans do all over the world,” says Sue. “They draw on ancient practice and use it for today, for contemporary life.”

Sue uses an ancient technique to woodfire her contemporary ceramics. Ten years ago she handbuilt her own kiln, which is large enough to stand up in, and her works are fired in there for 36 hours. In applying this technique, no two cups are alike. 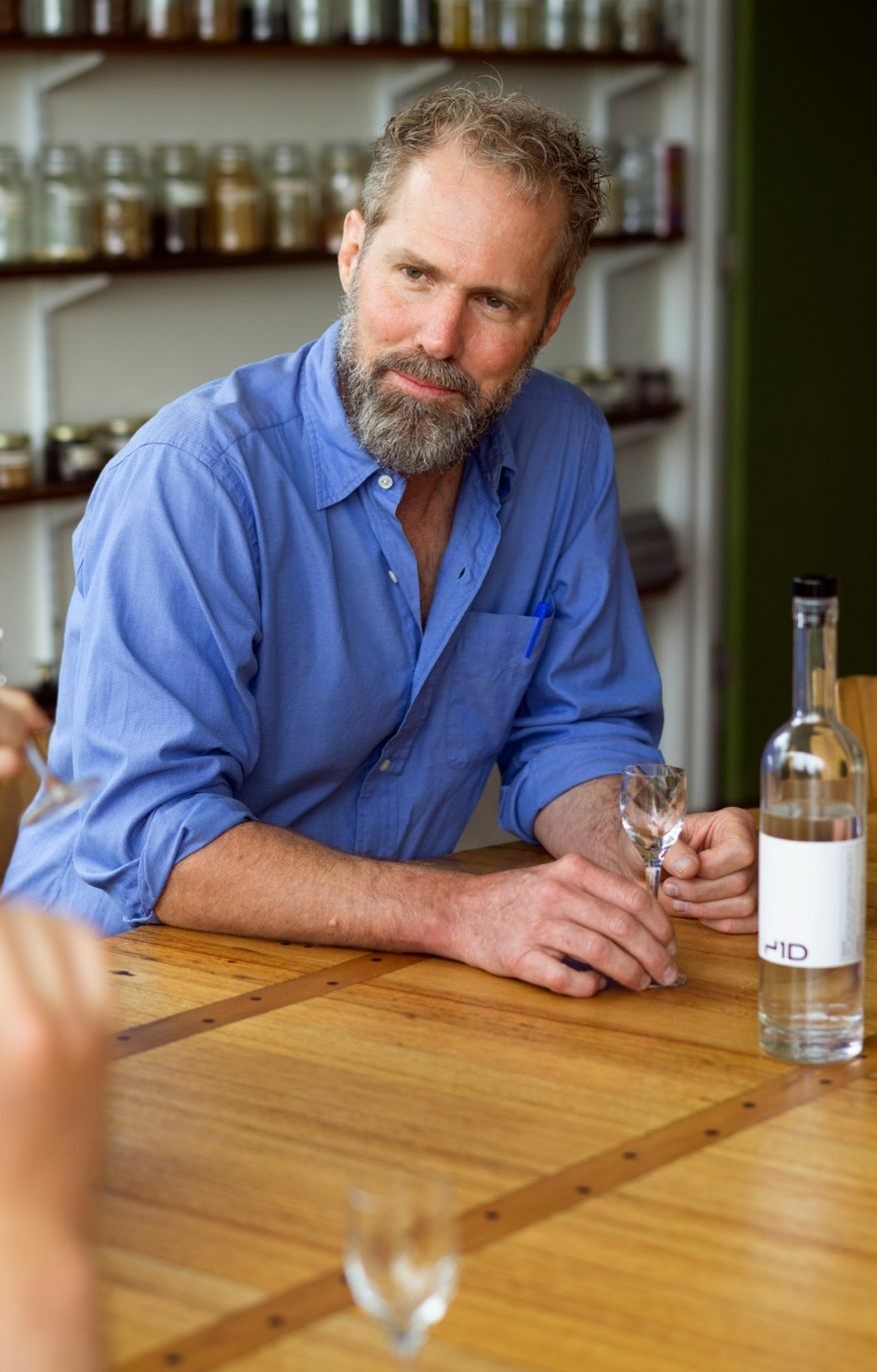 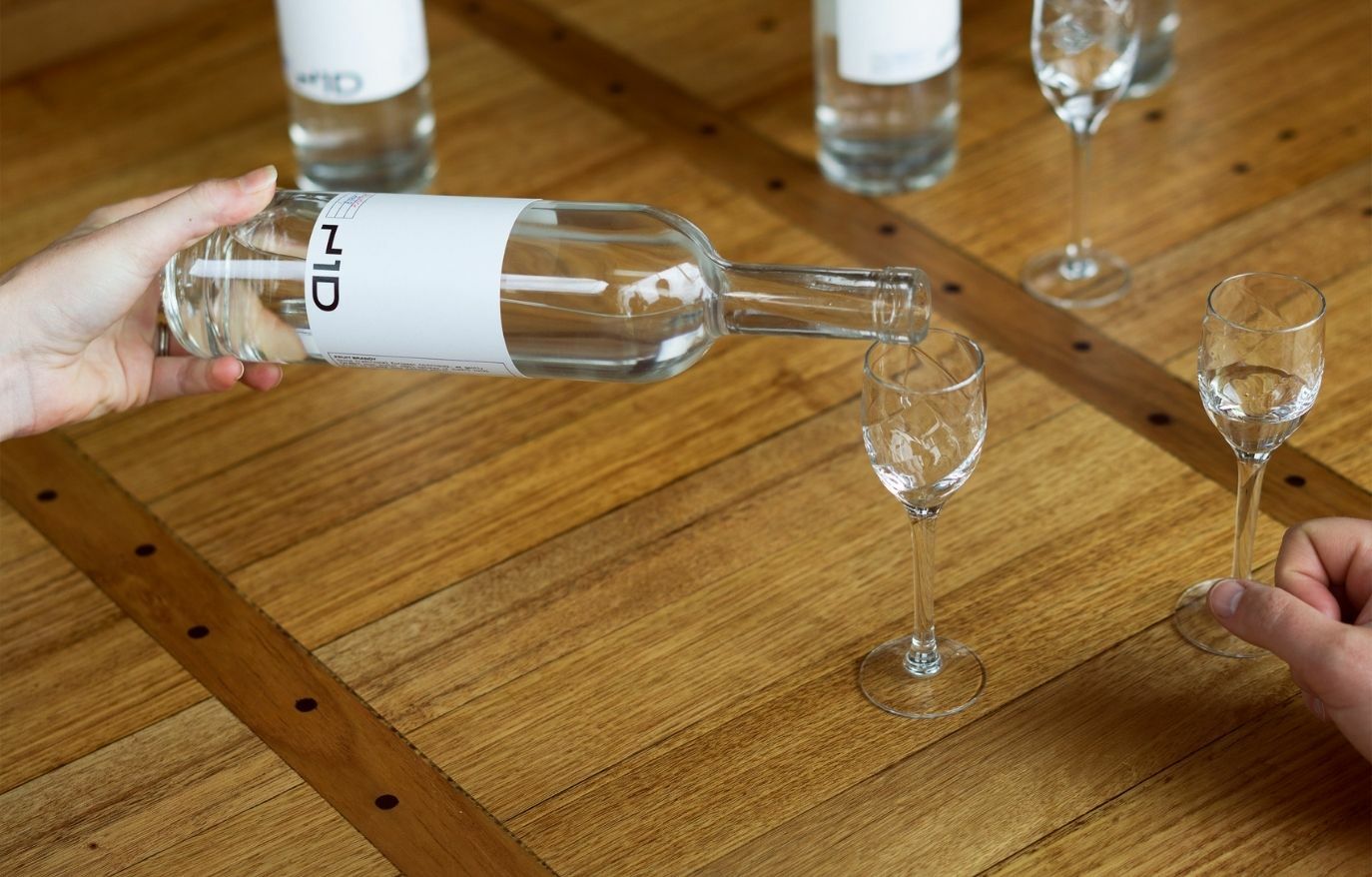 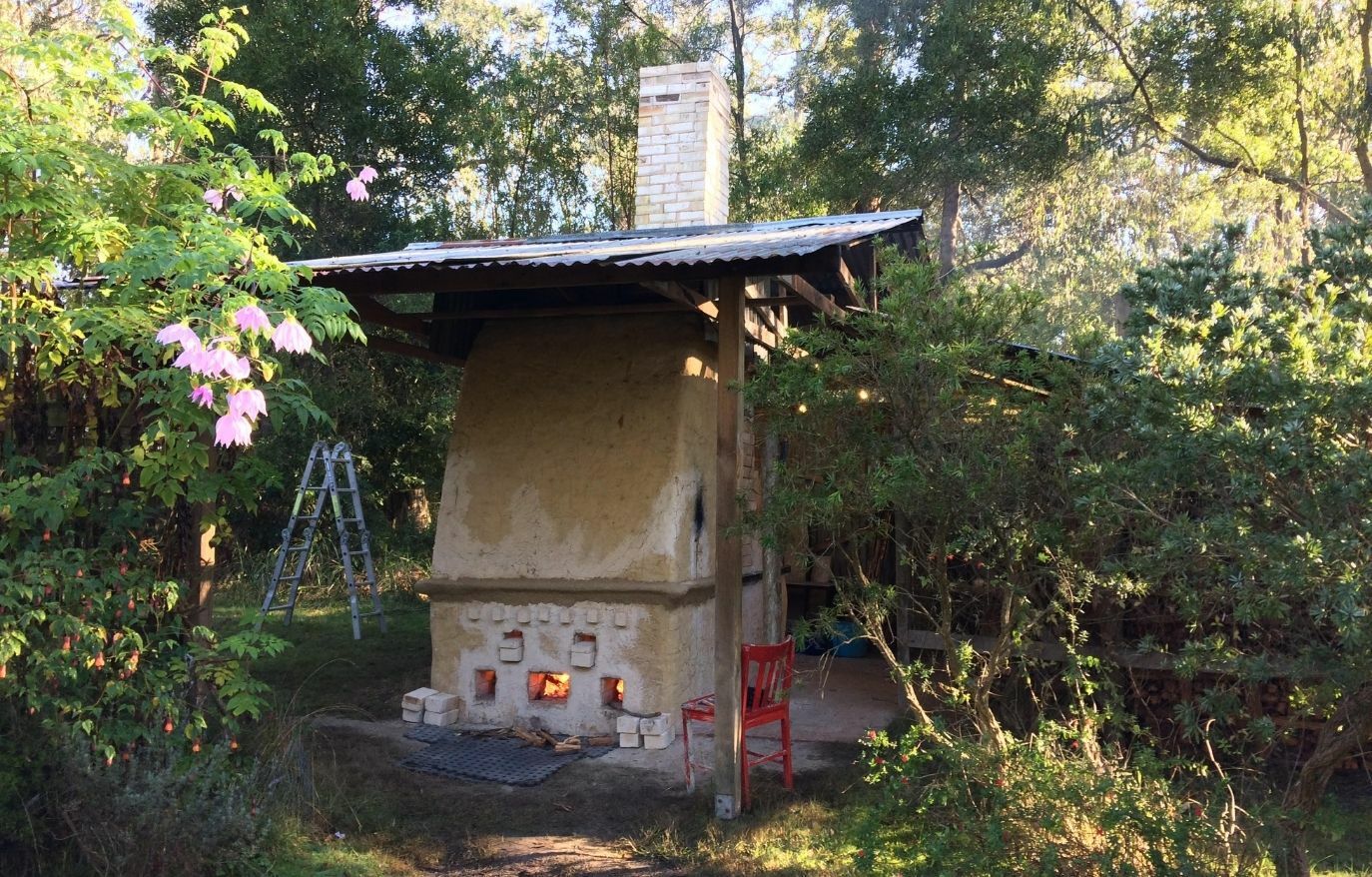 “The outside of the cups are naturally formed by clay and wood from outside my studio,” Sue says. “The flame hits each cup in a different manner, so you get a different surface result.”

Sue’s ceramics are both created from, and inspired by, the land she works on: ten acres of bushland in Rokeby. It’s an area that attracts artisans of every type, sparking new conversations and collaborations.

“I know that artists are drawn to beautiful places and this is a very beautiful part of the country, green and rolling and lush,” she says. “The artists here like to share their knowledge and passion.”

Mark felt the winemakers in the area were definitely open to sharing their knowledge when he was making early investigations into grappa making.

His research evolved into a plan to launch a grappa business. However, plans were put on hold due to sudden health issues in 2020. While recovering, with a lot of time to think, Mark came up with the idea of collaborating with Sue.

The two would regularly chat about their work at artist’s markets and at Open Studios. Mark was inspired by how Sue’s work draws, quite literally, from the land around her.

“These colors are from the local soil,” Mark says. “What I’m trying to do with my grappa is give someone an experience. Drinking out of a different kind of vessel gets you to feel and think differently.”

Like Sue’s cups, Mark’s grappa has a strong connection to place, created from the grapes of local wineries. Grappa is a traditional Italian drink made from the waste product of winemaking: the skin, pulp and other bits, known as pomace. The fermenting skins are added to a still with water, and distilled to create a clear liquor. The taste can range from strong to something resembling floor cleaner.

“You hear it’s really awful... and it is true,” Mark says. “Most of the grappa that’s out there, the stuff you might find, it’s almost always abysmal.”

While there is a lot of awful stuff available, Mark says that drinking grappa can be an experience akin to drinking a fine brandy or cognac... if you get the good gear.

“I think it’s sublime, it can be very joyful,” Mark says. “It’s still a spirit so it’s intense, but the really good stuff has length and breadth and texture in your mouth; it captures all those essences and flavours.” 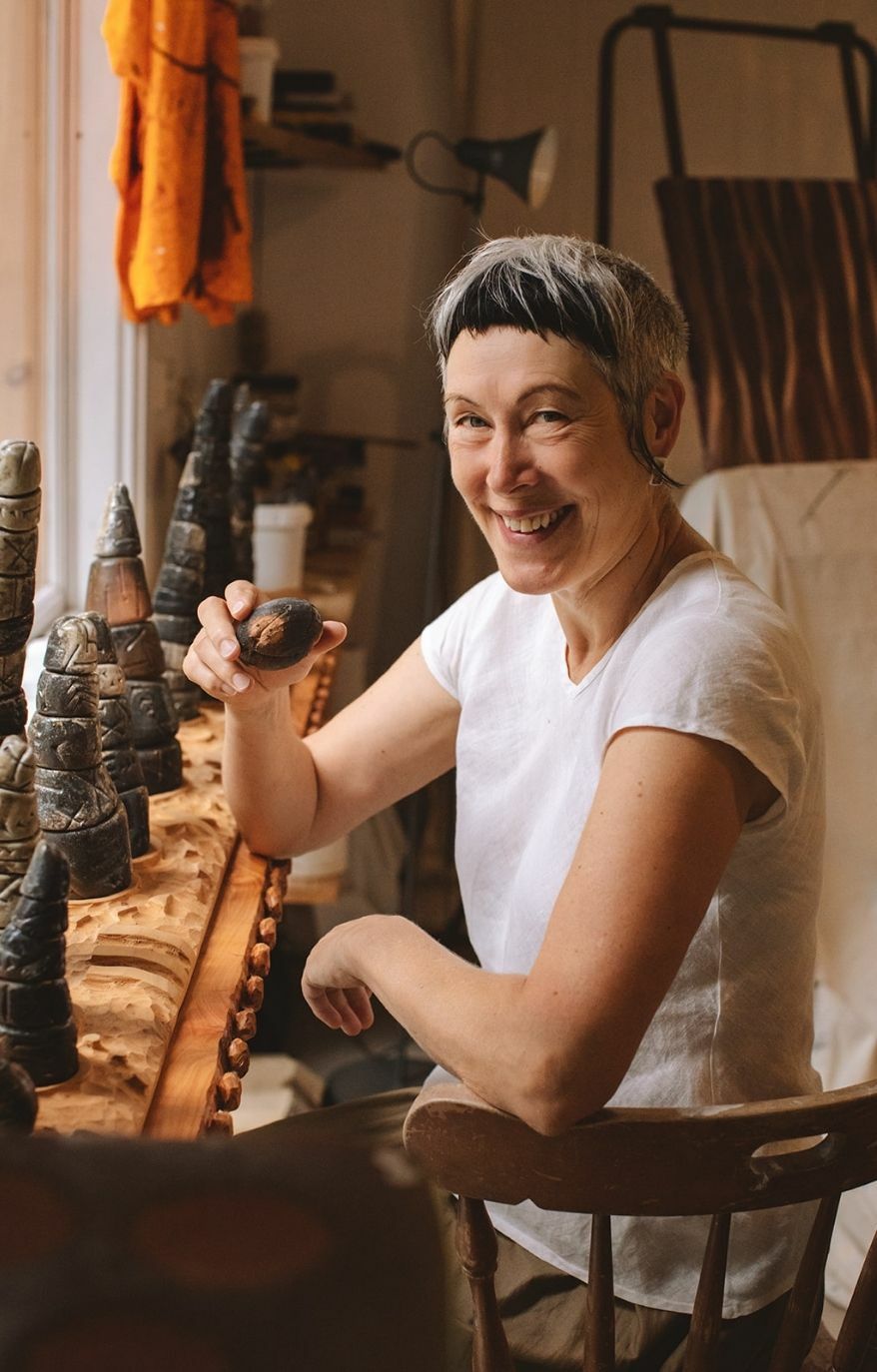 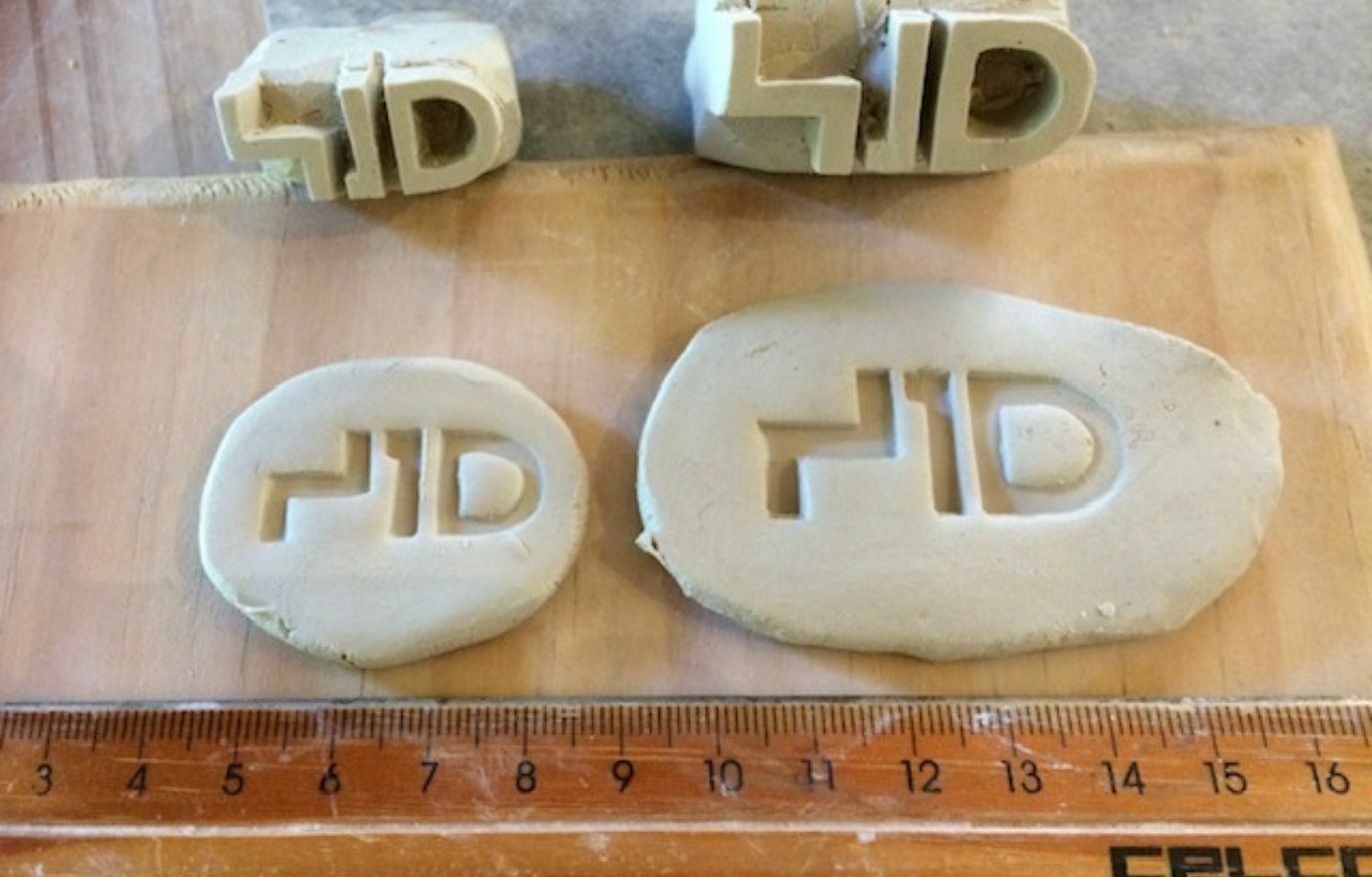 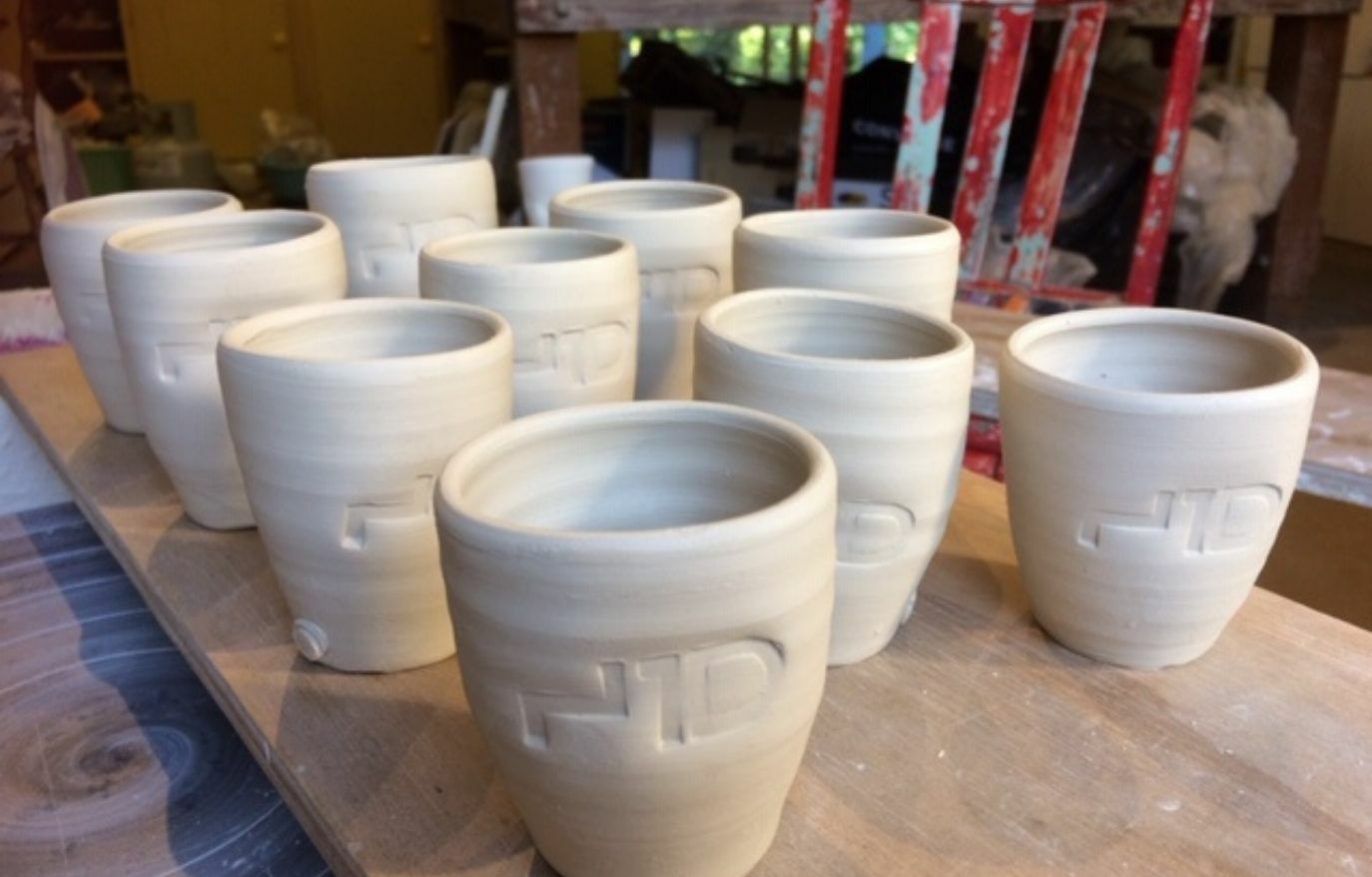 Mark was struck by an interest in grappa (the good kind) when he tried a surprisingly nice variety at City Wine Bar in Melbourne. The idea was already in his head to try his hand at distilling, but he’d been gravitating towards traditional Japanese alcohol, such as shōchū and awamori.

“It’s always struck me as an interesting combination of art and science,” Mark says.

After a trip to Italy to find and visit traditional distilleries, Mark was hooked on the idea of grappa instead. He believes there’s an opportunity for his grappa to tell a real story of Gippsland through his collaboration with the local winemakers. Each batch captures the unique flavours in the area and how they change year on year.

“It’s the same vineyard, same winemaker, and yet they’re completely different,” Mark says. “They’re a look back in time, a snapshot, a little slice of that year. You’re simply trying to find the beauty in what’s there.”

Another nod to the past is the brandmark Sue stamps into her cups before they dry, which reads Crank.1.D. Like Mark, this originally comes from Queensland, from his family’s farm.

“That’s my family’s original brand, and I still have the branding iron,” Mark says. “We used to see Crank.1.D on the side of the cows.”

Mark plans to launch Crank.1.D this year, and he’s currently setting up a still at the Wild Dog Winery in Warragul. His tagline is inspired by the fruitful interactions with Sue and the community of winemakers that bring both the grappa and the experience of drinking it to life.

“That shared sense of achieving something,” Mark says. “I think it’s at the heart of the good life.”

His tagline? ‘Spirits of collaboration’, of course.

-
As Gippslandia #18 went to print, we were saddened to learn of the passing of Mark.
Gippslandia offers our condolences to Mark's family and friends.

-
To enjoy more of Sue and Mark’s craft, please visit sueacheson.com.au and crank1d.com.au.