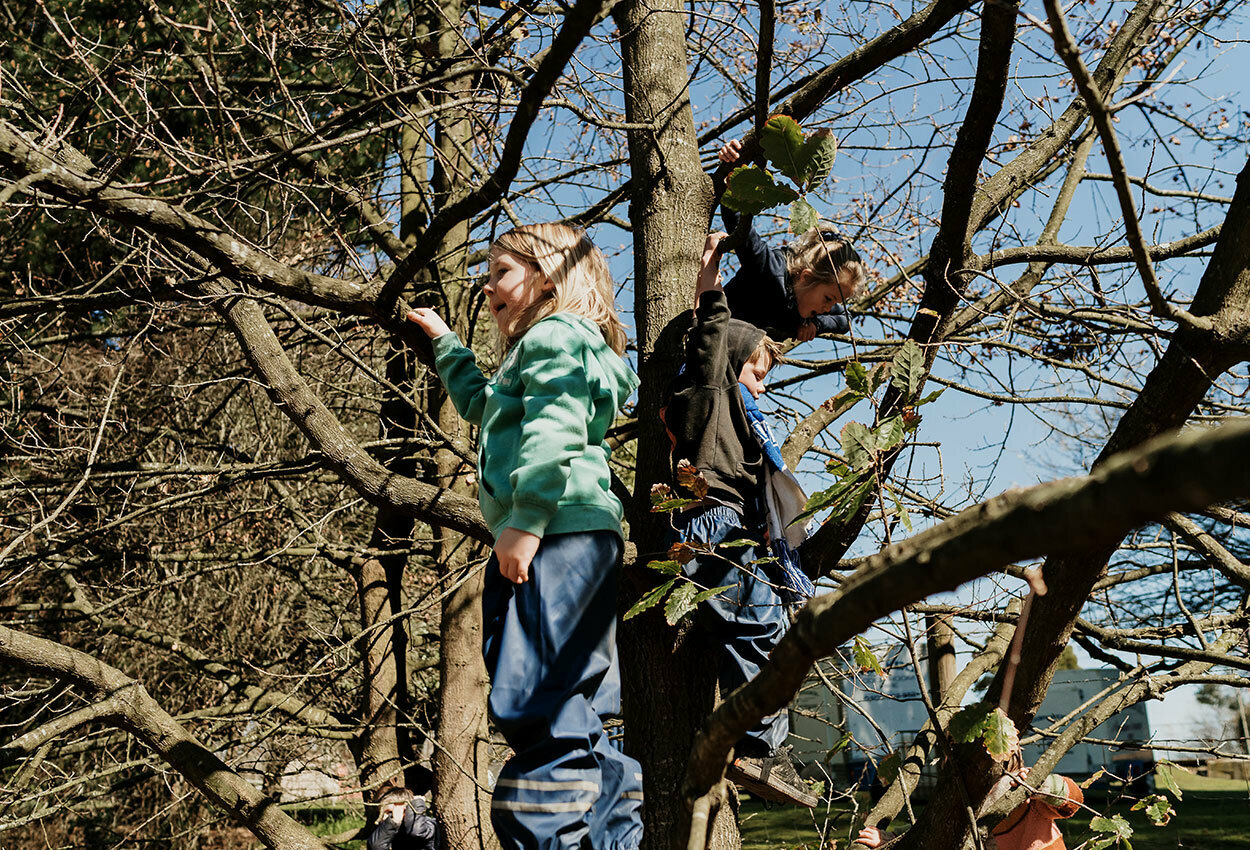 Littleseeds Bush Playgroup in Ellinbank is one of the growing number of bush early learning centres in Gippsland with a focus on children spending time outdoors exploring nature.

“By bringing nature into our lives, we invite humility.” — Richard Louv, journalist and child advocacy expert.

In March 2011, Planet Ark commissioned an independent study to investigate childhood interaction with nature and how this interaction is changing. They found that there has been a dramatic shift in childhood activity from outdoor play to indoor activity in the space of one generation:

73% of respondents played outdoors more often than indoors when they were young, compared to only 13% of their children

64% of respondents said they climbed trees as kids but less than 20% of their children participate in this activity.

But nearly all of the 1,002 survey respondents agreed that outdoor play allows children to use their imaginations, helps to develop physical and motor skills, and provides an outlet for reducing everyday stress. It’s a troubling contradiction.

His studies into the increasing lack of time spent outdoors by children eventually prompted Richard Louv to coin the phrase ‘nature-deficit disorder’, as presented in his novel Last Child in the Woods. Surely, given our wide-open spaces, Gippsland youngsters are still getting dirt under their nails and mud splattered all over their boots?

Armed with her camera and notepad, photographer Morgane Cazaubon of Petite Visuals headed off to see if she could capture some free-range kids running wild.

Arriving at the Littleseeds Bush Playgroup in Ellinbank, one of the growing number of bush early learning centres in Gippsland, Morgane managed to spot several unleashed groms in their natural habitat. She shares some of her insights from her time spent with Littleseeds’ Natalie Thorne, her fellow teachers, and the kids.

They enforce something that I think is brilliant — boredom. They have no toys per se, but a bunch of metal taps, glass handles, real pots and pans, and the garden. Being bored is the key to creativity. This way the kids use their imagination. Having too many toys narrows the kids’ perspective and imagination.

While I was there, I saw something that caught my attention and I took pictures of the whole process:

Two girls wanted to paint. They went to grab the paint and paintbrush. However, there was only one paintbrush (a teacher later told me that was on purpose). The two girls, instead of asking the teachers for one more brush, like my kids would’ve done, talked together about sharing it.

It went a bit like this: ‘Okay, there’s only one brush Arwen. So what about I have it first and you can have it later, okay?’

‘Okay, I will try to find something else to paint with that’s like a paintbrush.’

‘Oh that’s good. I will help you find a stick or something... maybe paint with your fingers?’

Off they went, and they found some things to use as paintbrushes in the bush.

The interaction demonstrated a lot of problem solving and teamwork.

The kids have a closed paddock available to them, where they can go off and do whatever they like. The ‘bush potty’ is also there. They climb trees, play alone or in groups. There is no schedule, as the kinder is not time-based, but routine-based. They eat when they want, which the teachers said they usually end up doing together of their own accord and wait for each other.

They put on their wet-play clothes and go off to use the big bushy grass as a slide. “It’s muddy, but it’s fun!” one child told me.

Nat isn’t a teacher, but her passion led her to creating the kinder. Nat’s a medical researcher in Clinical Bioinformatics and Genomics at the Royal Children’s Hospital, Melbourne. She told me that research shows that in order to develop the brain for reading, it needs to be trained first. Apparently, the best way to train a brain to be able to read is to climb trees because it’s one of very few activities that requires both sides of the brain to work at the same time.

At the moment Littleseeds only operates on Fridays, but by next term they should be open two days a week and with longer hours. They are based at the Ellinbank Primary School.