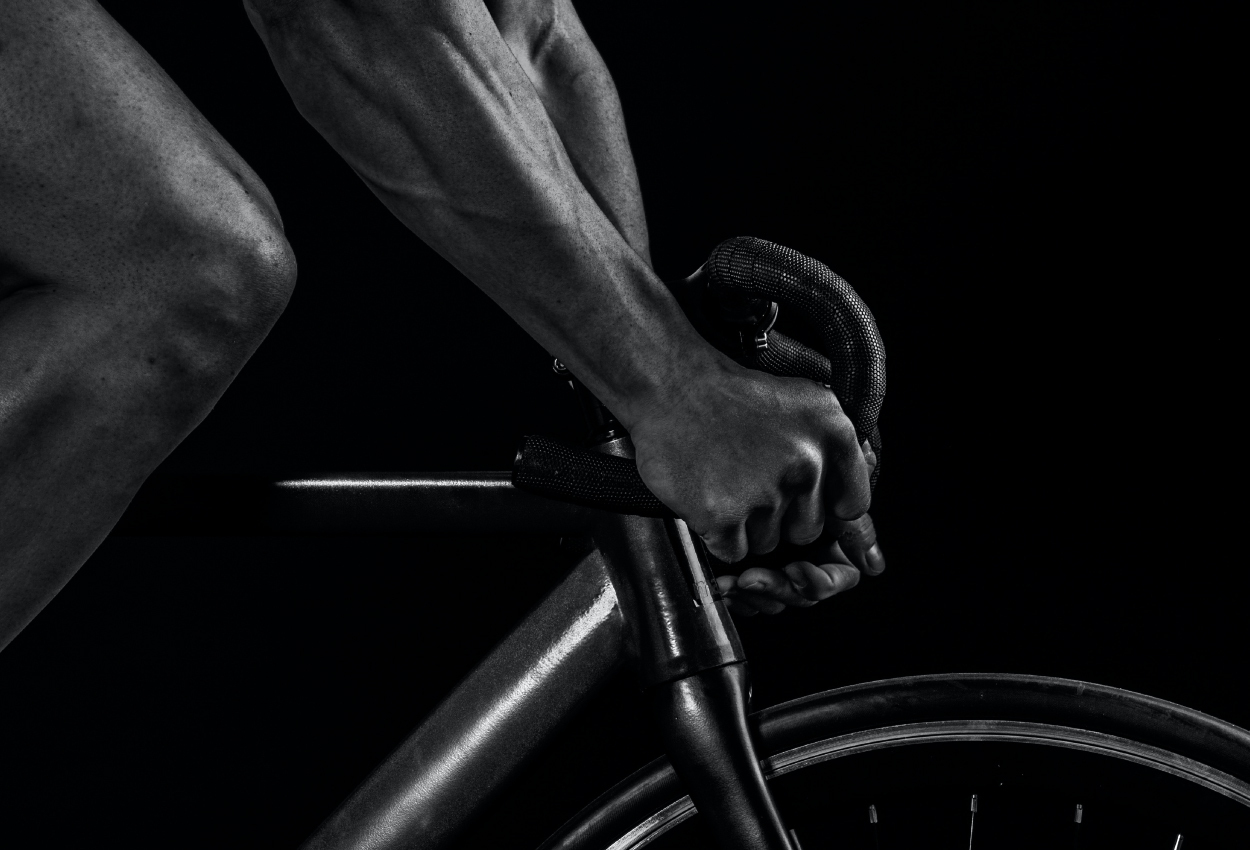 It’s stories like Jake’s that not only touch us, but hit us hard and drive Tim, and the other riders, to push those pedals even harder.

All fans love it when the best of humanity reveals itself on the sporting arena.

For me, I think back to Teddy Whitten and that infamous lap around The G, Mick Fanning punching a shark, Jason McCartney returning to AFL after the Bali bombings, and Adam Goodes, and earlier Nicky Winmar, standing proudly resolute when faced with prejudice and bigotry.

Through triumph or tragedy, sport and its stars can powerfully grab at you in an emotional way.

These moments touch us because they transcend the ‘game’ facet of sport; they make you assess your life and values. These events surpass mere highlights and fill you with inspiration, as well as pride for people and what they’re really capable of when faced with challenges. Sport can also show you how fragile life can be.

Many of the greatest sensations sport can deliver are about ‘touch’; the feeling of nailing a golf drive (seldom happens in my world), crushing a serve, swishing a three-point shot or smashing a cover drive out of the middle of your cricket bat. The concept of touch is at the very core of sport, which may be why it has such an ability to touch us all. Unfortunately, cancer does too.

From thinking of the most glorious moments in sport (hopefully, you imagined a few of your own), to the cold reality that cancer touches us all. Reality can suck.

No one battling the ‘big C’, planned it and they don’t want to stop celebrating their glory days.

Life’s challenges can also create opportunities for optimism, hope and an outlet for positive change (hey, they’re some of the core reasons this paper exists too). If nothing else, they force us out of our comfort zone and into a space where the real living happens.

As for comfort… It probably doesn’t exist on a bike seat with 200kms still to pedal, while in howling winds and thrashing rain.

Tim Sexton is one of a few Gippslandians participating in the 2020 Tour de Cure. For Tim, the ride is about, “Bringing a group of people together, whose drive is to fundraise and improve awareness about cancer in the hope that one day we will live in a world without this hideous disease”.

This year’s ride will tour from Newcastle to Noosa, covering 1400 kilometres over nine days, and will be Tim’s third consecutive tour.

“Fundraising is such a big part of the Tour, each rider is expected to raise in excess of $12k. Over the past two years, I’ve raised a total of $26k, and I’m hoping for somewhere between $13k–$15k this year”.

Spending hours on the bike, training in all sorts of conditions, while juggling family and work commitments, would be enough for anyone to see such an endeavour as a bit of a drag. Not for Tim, who sees his Gippsland-based training ground as an exciting chance to explore,

“Gippsland has some great areas to ride. Walhalla and Callignee are always nice, and so is our coastline, either down south at Inverloch or Lakes Entrance”.

The Tour de Cure is more than just a ride. There are commitments made to manage training, fundraising activities and more, which calls to develop more than just your fitness. You have to become a combination of an amazing marketing expert, event manager and project manager, all in one, and then when the tour begins, you become a public speaker, leader and facilitator too.

The average Tour day will see riders up and fed early, with the last wave of riders hitting the road on their 150–200km journey no later than 9am. Each day will include three to four breaks for school and sponsor visits, where participants deliver the Be Fit, Be Happy, Be Healthy awareness campaign. There’s no place for exhaustion, as once riders arrive at camp for the night they hold an inclusive dinner where participants’ families, community members and public groups listen to a guest speaker explain how the funding received from the Tour de Cure has helped them. At this nightly event, the tour will also donate $10,000 to a local foundation, hospital or community project before the riders get some shuteye and get ready to do it all again the next day.

Riding in the Tour has allowed Tim to meet identities such as Mark Beretta of Channel 7’s Sunrise, 17 times Tour de France rider, Jens Voigt, and the greatest goal-kicker of all time, Tony Lockett.

“Plugger is a pretty reserved guy, but one of my 2019 highlights was one of the community functions where he shared a few stories and had a 300+ crowd in absolute stitches.”

Perhaps the biggest honour for Tim was to listen to Jake Bailey and the many other remarkable cancer survivors that participate in the Tour.

In 2015, Jake was diagnosed with Burkitt’s non-Hodgkin’s lymphoma, the fastest growing cancer known to man. He was given three weeks to live if this was left untreated. It’s stories like Jake’s that not only touch us, but hit us hard and drive Tim, and the other riders, to push those pedals even harder.

The 2020 Tour de Cure ride commences on March 26 and concludes on April 3. You can support Tim and his fellow riders by visiting: tourdecure.com.au