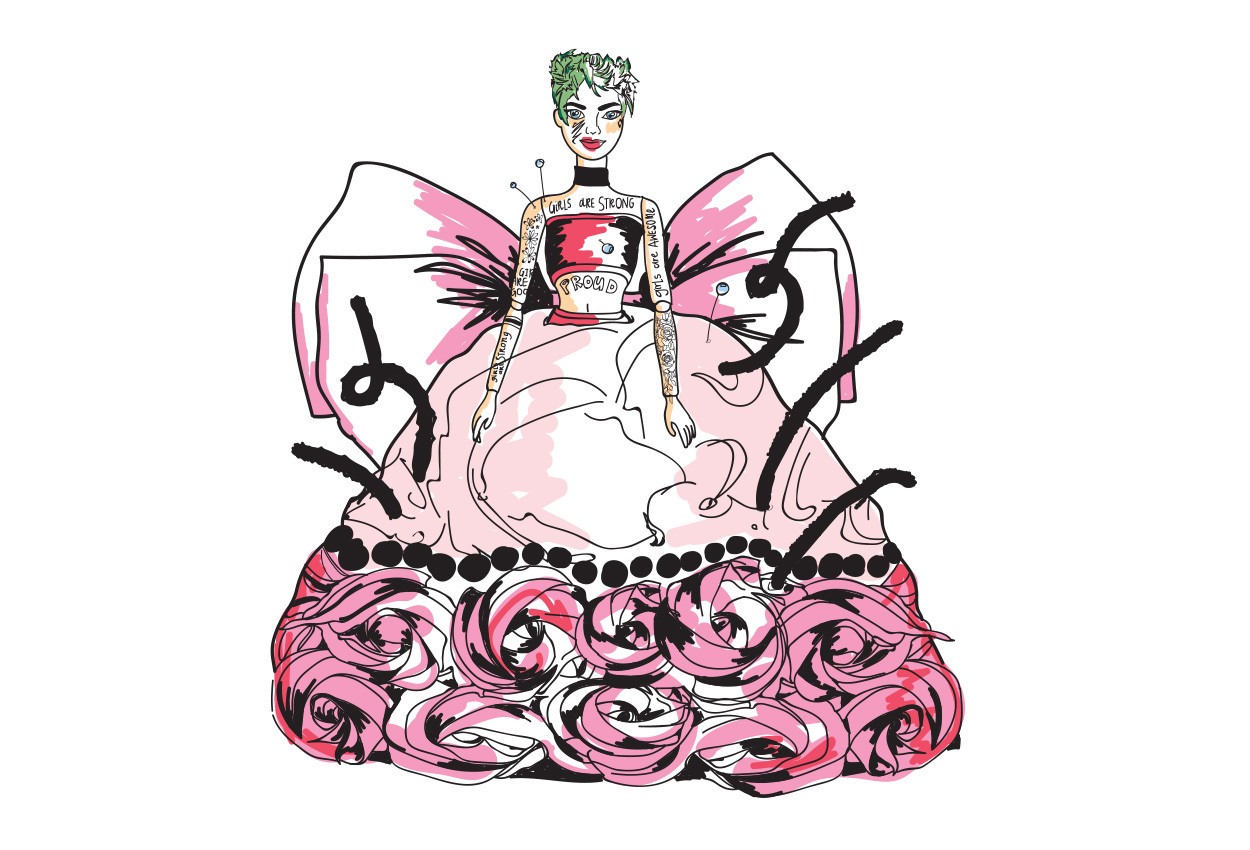 Can we start with the party bling? I love party poppers. Seriously, first you have the suspense and then that BANG! with their teeny-tiny streamers exploding out. Could you get any more fun?!

And then there are those ear-chortling party-blower ‘ga-zings’! You know the ones? Where you pour your breath into a plastic whistle and a sparkly blower bursts out the other end — whoooooop!

Balloons! Who doesn’t have a fond memory of these malleable plastic joys? They come in any colour you want, too. Okay, okay. I’m very suddenly archaic. And, I get it, I love our planet too… we are the generation that’s between decadence and decay… balloons kill birds and shit. How did party paraphernalia become so deadbeat all of a sudden? And how the hell do I throw a kid’s party when I have to let go of novelty straws?

It’s not just single-use plastic that’s threatening our birthday institutions: it’s the concept of gender, healthy eating and also our parental time constraints. When did I sleep last? When was the last moment I wasn’t parenting or working?

For my own sixth birthday, in the late ‘80s, Mum organised a ballerina party. Everyone dressed up and I was allowed to wear nail polish for the first time. There was fairy floss and fairy bread, which was cut into love heart shapes. There was a delicate homemade ballerina cake with a Barbie Doll sticking out the top, waving like a queen to us little ballerinas as we excitedly bobbled on our toes around it. We played ‘Put the ballet shoes on the ballerina’ and danced to Tchaikovsky. There are lots of photos of Mum and Dad gazing at me lovingly. I was given the doll I’d wished for — it was wrapped beautifully with ribbons and bows. The birthday party was a hoot and everyone went home with a party bag full of loot.

For my son’s sixth birthday, at the Paynesville foreshore, I ran out of time to make a cake and was going through this guilty ‘my-kids-eat-too-much-sugar’ phase, so I bought half a watermelon and stuck candles in it. Two kids actually cried when they realised there was no cake. I was a single mum at the time, and the budget was tight. Also, we live in a time where we’re reflecting on how much crap is in the world — why add to it?

I had worked a 5am breakfast radio shift beforehand. I admit to being a pretty shit parent this day, time-poor and indecisive. I hadn’t yet gotten around to getting a birthday present yet. I couldn’t think of anything Felix really needed, and had watched War On Waste recently. So... things were going badly… ‘Mum guilt’ was raging at an all-time high. Also, if I sat down, I started dozing off.

A kid asked when the games were starting and I said that they could use their imaginations and make up their own games. I’m pretty sure it was that very kid who secretly filled my bag with dirt and sticks. And when the kids realised there were no party bags… well, the party slid to a new all-time low. I even heard one kid say, “This isn’t even a real birthday”.

My son, Felix, has never forgiven me.

A child’s birthday party says a lot about where a family is at and where we are as a society. They’re an unwavering event in our calendars. They’ve never lost their importance. My three-year-old daughter, Dotti, has already learnt that saying, “Well, you can’t come to my birthday party”, is a powerful social tool in a child’s world.

Let’s revisit Dot’s birthday next… It was the latest one, her third birthday... my ex’s mother-in-law made the cake, and it was beautiful. It really was. It was an exact replica of the Barbie ballerina cake featured at my sixth birthday celebrations (it’s from the 1980 Women’s Weekly birthday cake cookbook). Luckily, my lovely former mother-in-law wasn’t attending Dot’s party because the following happened:

I was a tad worried about how pink and traditionally girly the cake was. I suggested to Felix and Dot that we could trim the doll’s hair a touch and draw some patterns on her pink dress. Just to, like, jazz her up a bit.

But it got out of hand. The kids got so into making the girl look braver, that we kind of went too far. Her hair became short, spiked and green. Felix covered her arms in tattoos that had slogans like, “Girls are strong” (my heart was glowing with pride).

This was all well and good, but after I left the kitchen for a moment, I returned to see that not only was our craft box tipped out all over the floor, but that the cake girl was naked with pins sticking out of her. Her face had scribbles on it. The actual pink cake had pipe cleaners coming out of it, and the whole effect was kind of echidna-esque and insane. It had gone from being a subtle feminist comment (perfect for a mums-from-playgroup and toddler audience) to a wild and unclear representation of the punk era. But it was too late. The party had started and we had to roll with it.

As I wanted Dot to be invited to other kids’ birthday parties, I took the path of over-explaining the cake situation in a long, apologetic way to each individual at the party, one at a time, and came across as kind of manic.

So it seems apparent I haven’t mastered the art of throwing a kid’s birthday yet. Even though I grew up in a golden age of birthday perfection, thanks to the Women’s Weekly and devil-may-care frivolity, this beautiful birthday past doesn’t resonate in our current climate. Today, it appears that children’s birthday parties can be a tangled ethical and social web that I may never navigate successfully.

If that’s the case, may I present the following apology in print:

Dear Felix and Dot,
I am most definitely sincerely sorry in advance for the shemozzling experiences I will almost certainly provide for you after each rotation around the sun. I hope that through the ups and downs of failed cakes and homemade birthday presents (when my only crafting talent is sticking googly eyes on things), you will know that I love you with every cell of my being at every age you are.
Love, Mum