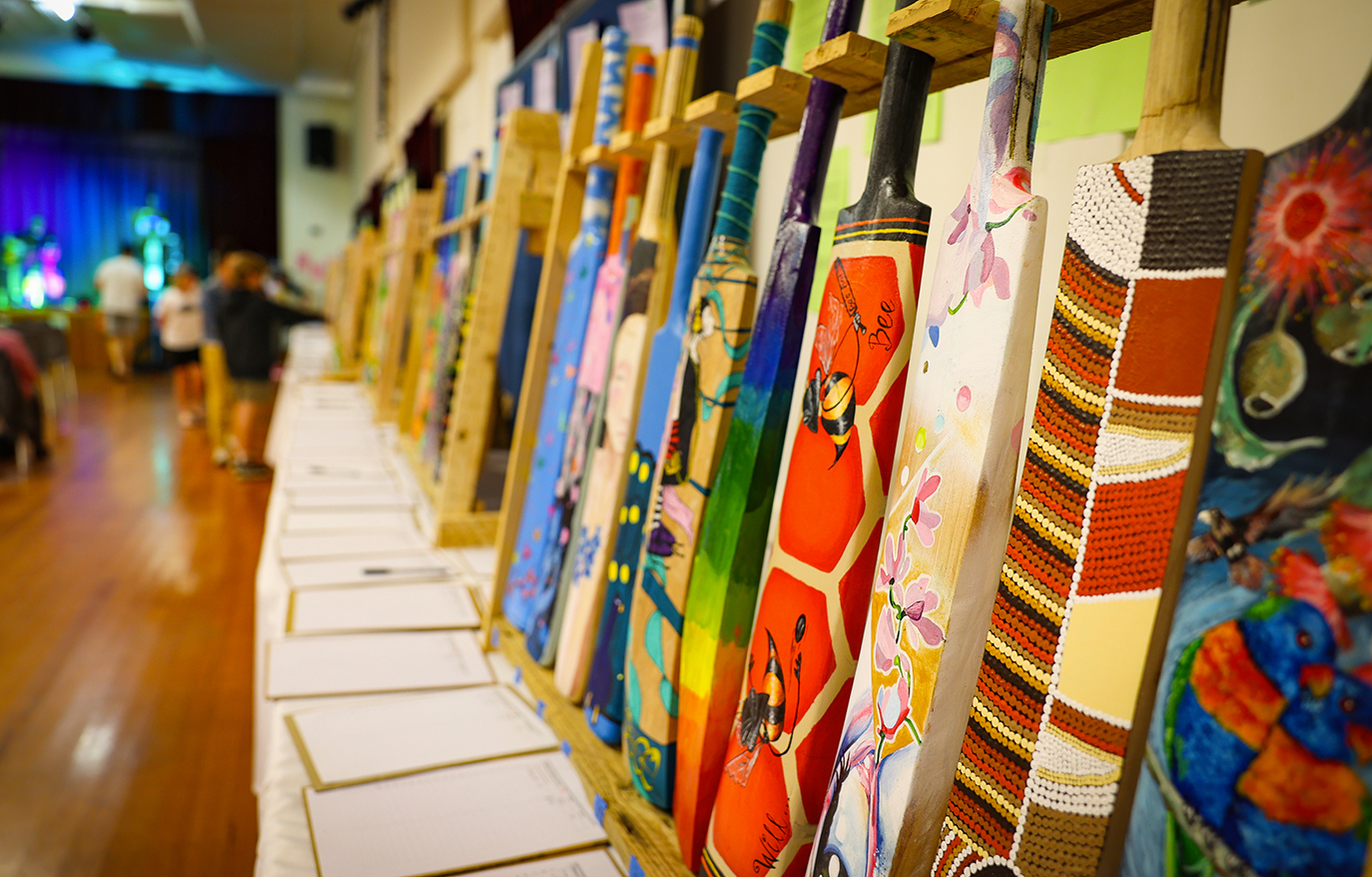 Hear how Tams Hesz and the incredible Heyfield community created a wonderful collection of cricket bat art for charity.

When the right social media post is seen by the right person at just the right time, amazing things can happen. Just ask Tams Hesz.

It was a post of a painted cricket bat by an artist friend living in Maui that sent Tams, a Heyfield-based artist, on a rewarding yet demanding yearlong quest.

The cricket bat had been embellished as a contribution to the Where There’s A Will program (also referred to as Willo).

Will Clarke is the ambassador for Willo and the catalyst for this wonderful program. Will, who is in his mid-20s, lives with Autism Spectrum Disorder, which means that most of his life he has been faced with significant challenges. He cannot read or write and finds conversational communication challenging. Will’s motor skills are also affected.

But Will absolutely loves cricket, and has done so since he was a youngster. Will also has a ‘Supermum’ in his incredibly inspiring mother, Ange, who has created many inclusive programs ‘to ensure Will, and many others like Will, have options and choices to lead fulfilling lives and feel they truly belong in their communities’.

"...it will be the children from Heyfield Primary School who will be responsible for deciding how the money will be spent. Apparently, they're bubbling with wonderful ideas!

The initial idea behind the program was to teach Will life skills through refurbishing cricket bats. As Ange explains online, ‘It (Willo) is now the catalyst for communities to learn how to change the way they see, include and support all people with intellectual and physical challenges’.

After watching a couple of key segments on this great charity, Tams fell in love with Ange’s energy and purpose and wanted to get involved – jumping in with both feet. 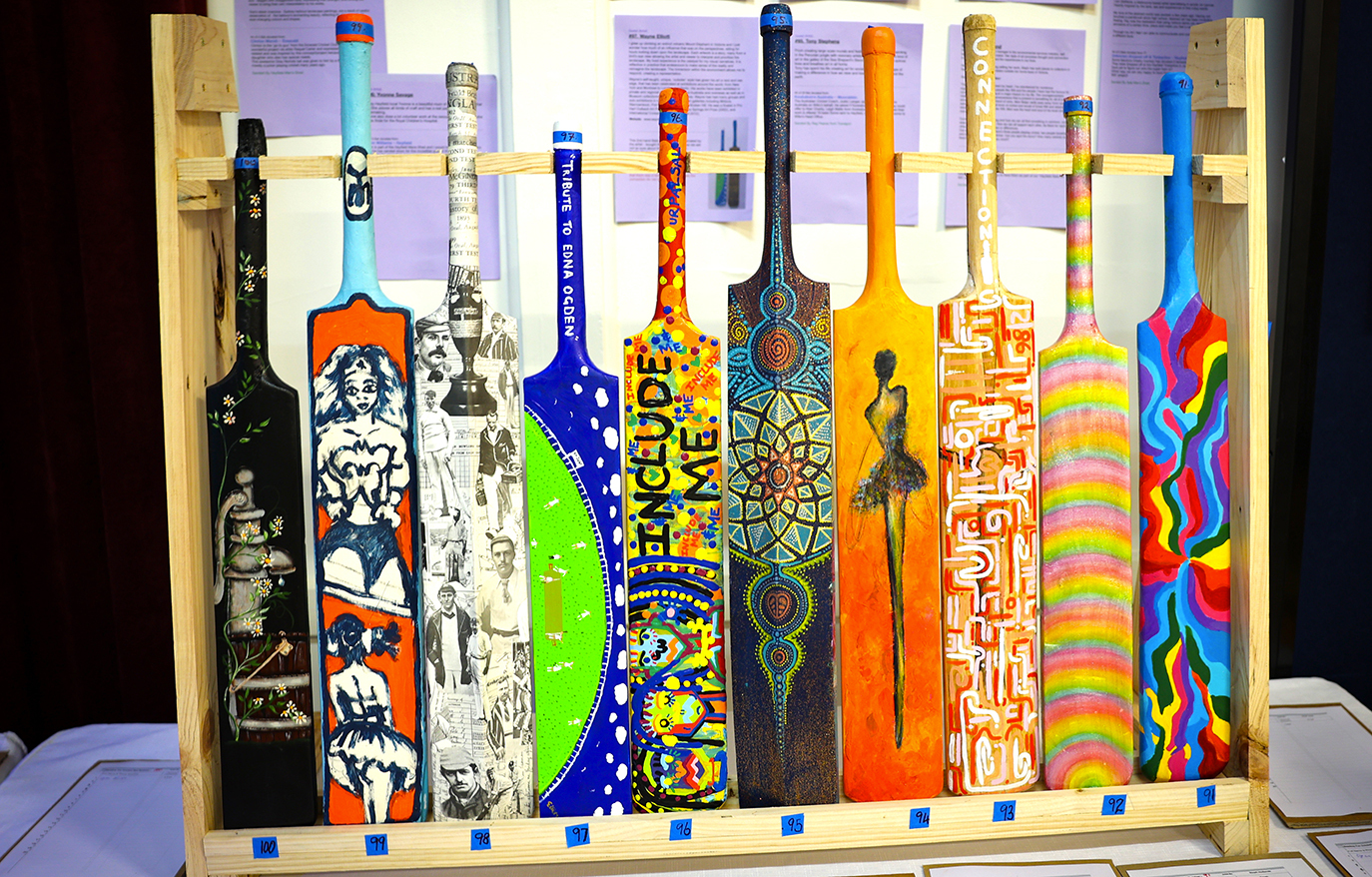 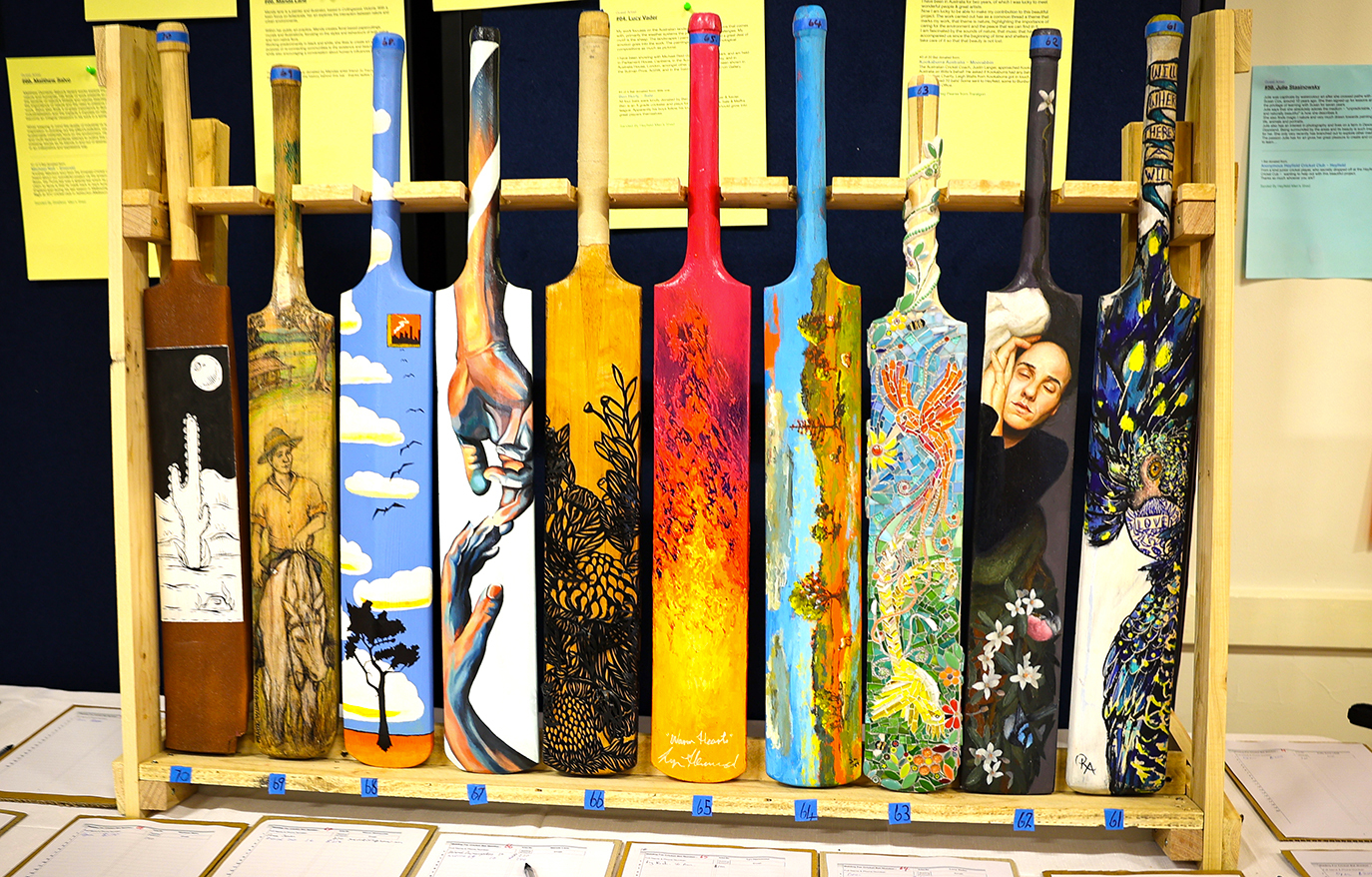 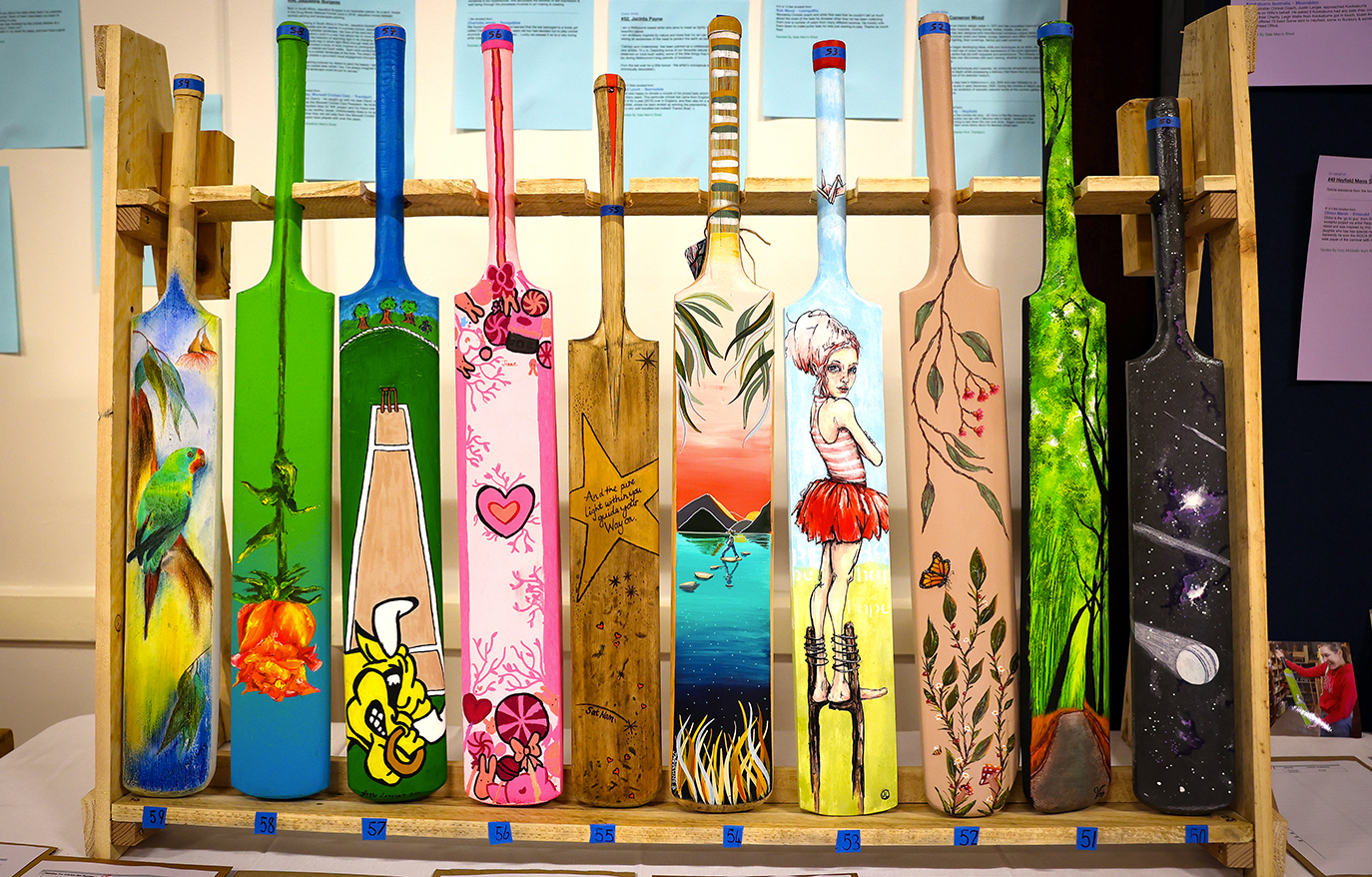 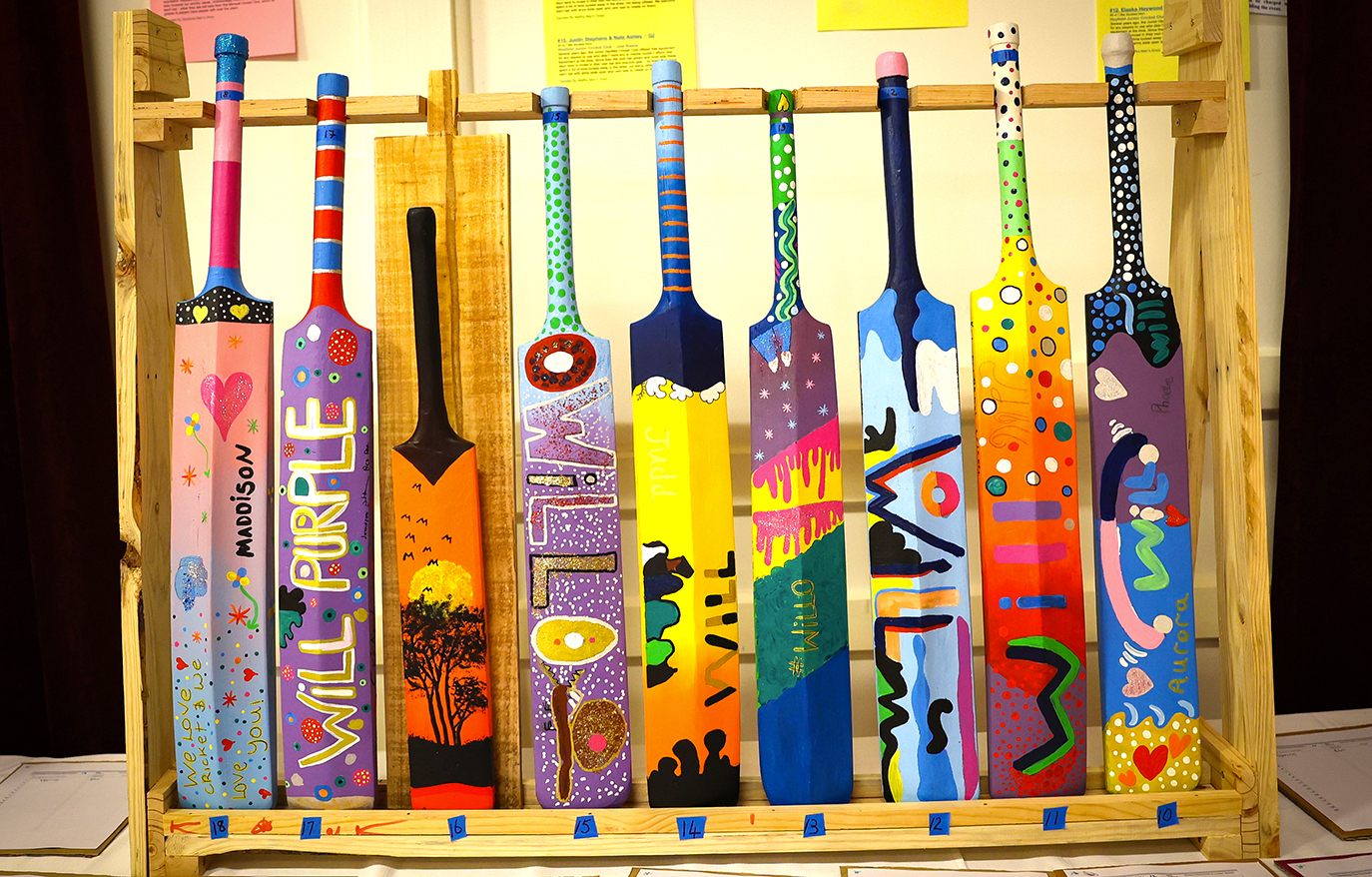 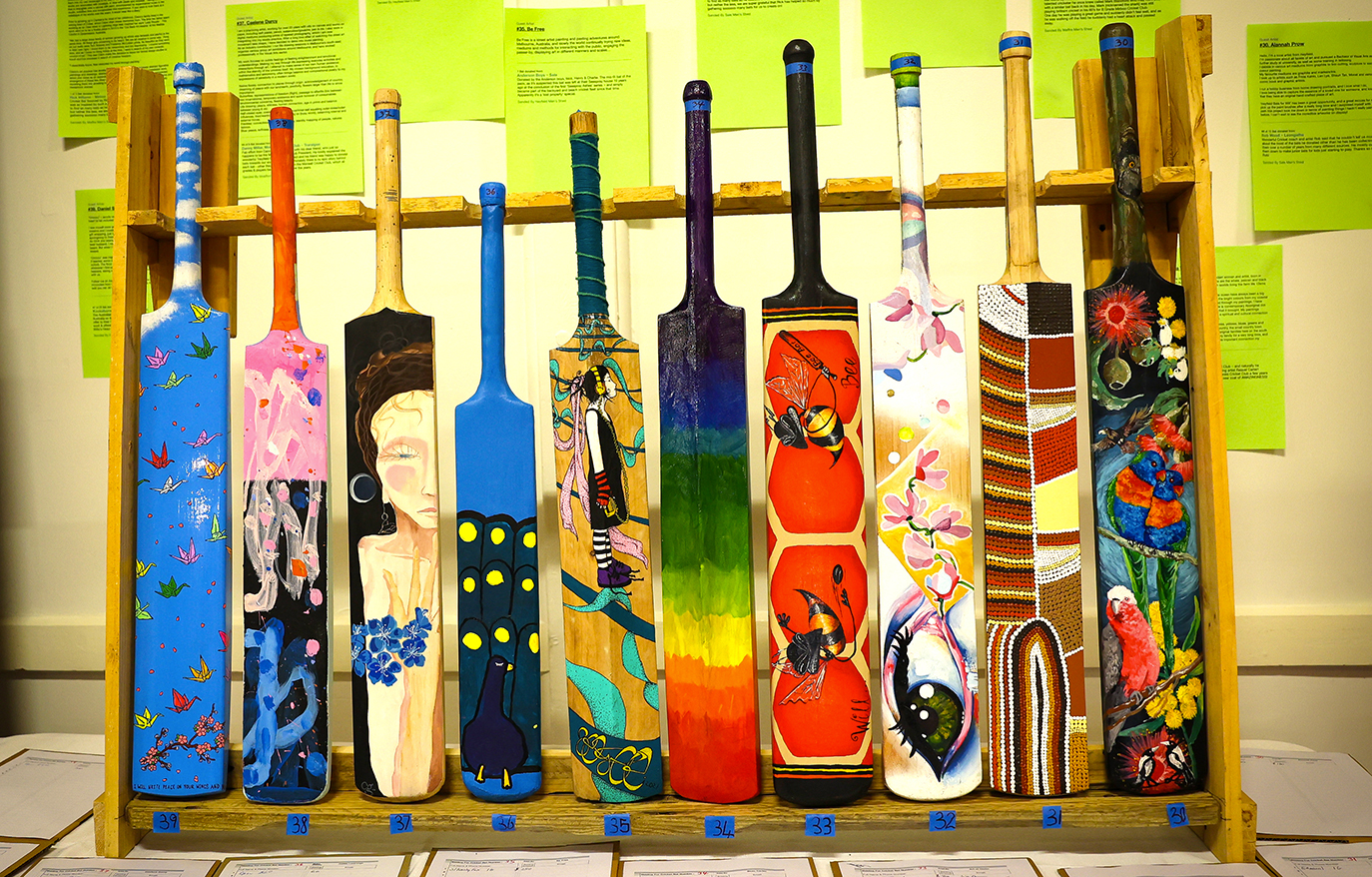 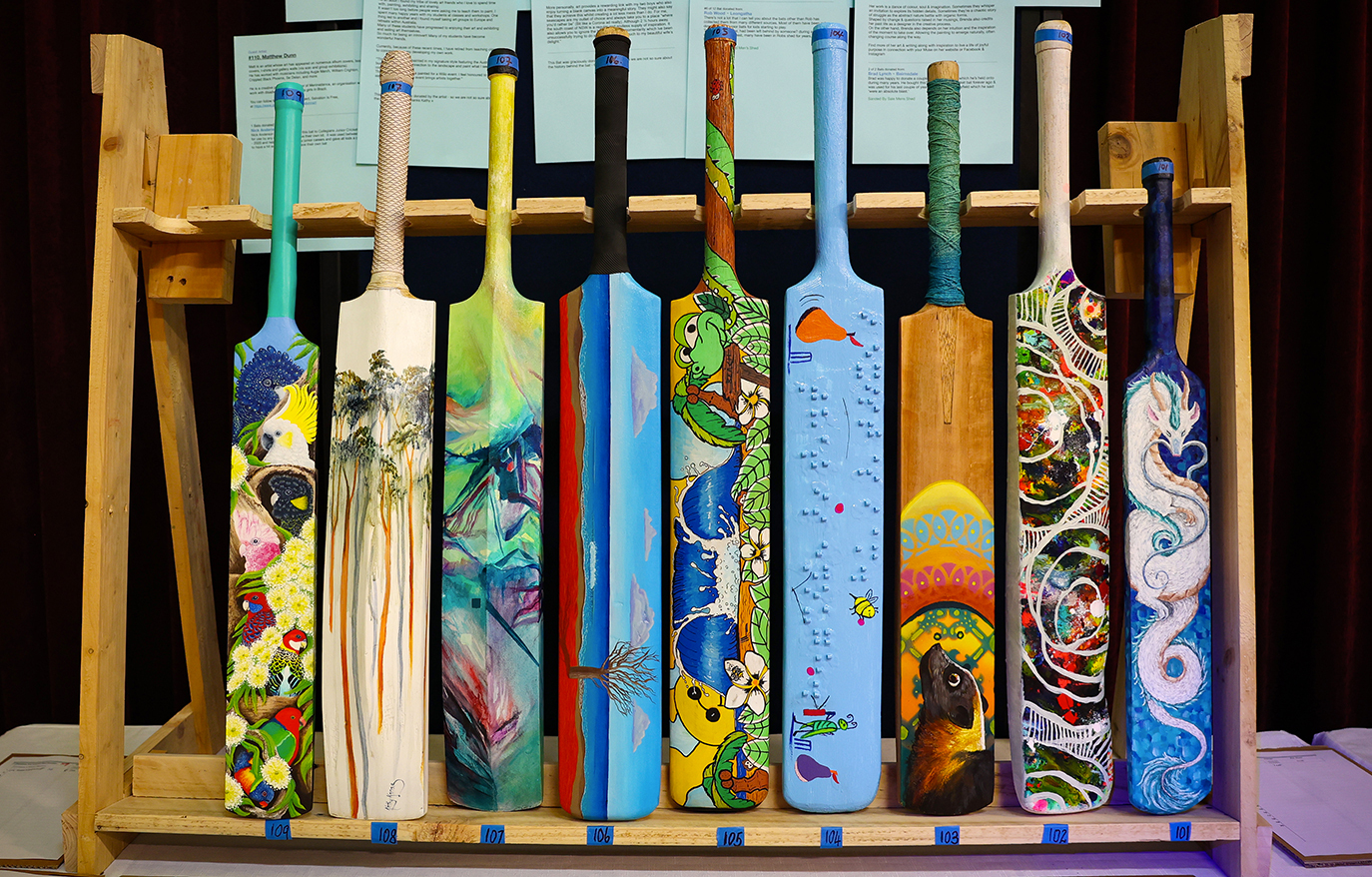 Early in Tams’ life she’d collect inspiring quotes. As she continued her career as a dancer, this passion grew and she began penning poetic phrases herself. Her thinking was that one day she’d find an artist to collaborate with to create illustrations, but the ‘perfect’ artist never appeared. So, she began creating the art herself and her artistic practice, Soul Stories, began. Tams’ aim was “to help, heal and inspire others”.

Tams prepared an application centred around Willo for a Regional Arts Victoria grant. The concept behind the application was new to Willo, as Tams wanted to “take Ange’s passion to the kids”. Tams approached Heyfield Primary School and they developed an idea where she would work with the school children to create art on the cricket bats and speak about inclusive behaviour, something Willo hadn’t tried previously.

While the grant didn’t pan out, Tams and the school were so enamoured with the idea that they went for it anyway.

The volume of collaboration, assistance and support Tams and the Heyfield Bats for Will project received from the community is astounding. It highlights the positive impact Gippsland’s smaller towns can make.

The Men’s Sheds in Heyfield, Maffra, Stratford and Sale helped clean, sand and refurbish the donated cricket bats. The Heyfield and Emerald Cricket Clubs supported the mission. More than 100 Australian artists painted works on the now baby-bum-smooth blades. And, several amazing people assisted Tams in promoting the worthwhile cause in the region (their promotional video is ace!). It was a whole town affair, and more.

The project culminated in a gala auction night. Both Ange and Will came down from their home in Robertson, a Southern Highlands town in New South Wales, and all of Heyfield met them and spent time with them over the three days. There was even a cricket match organised. 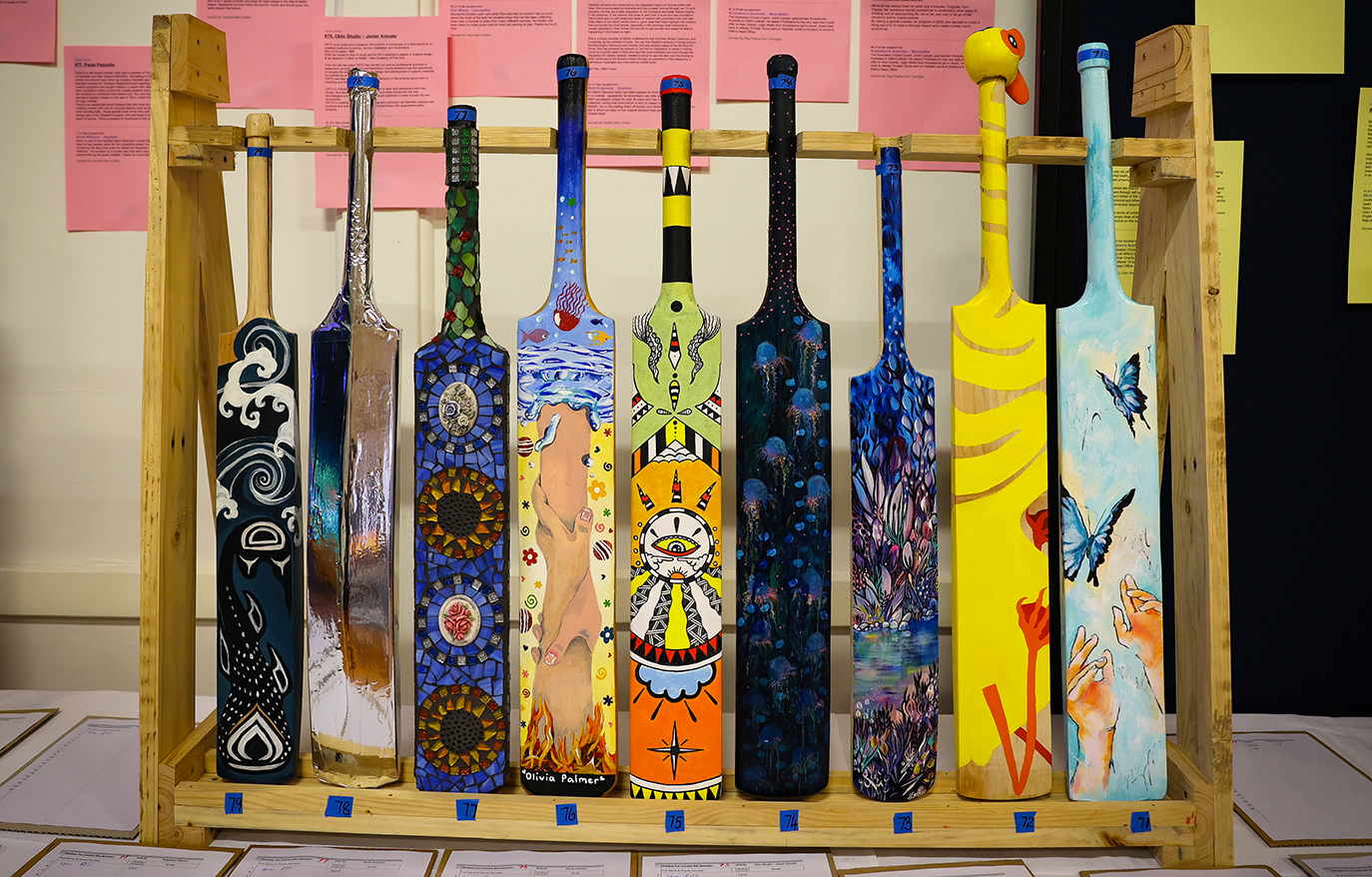 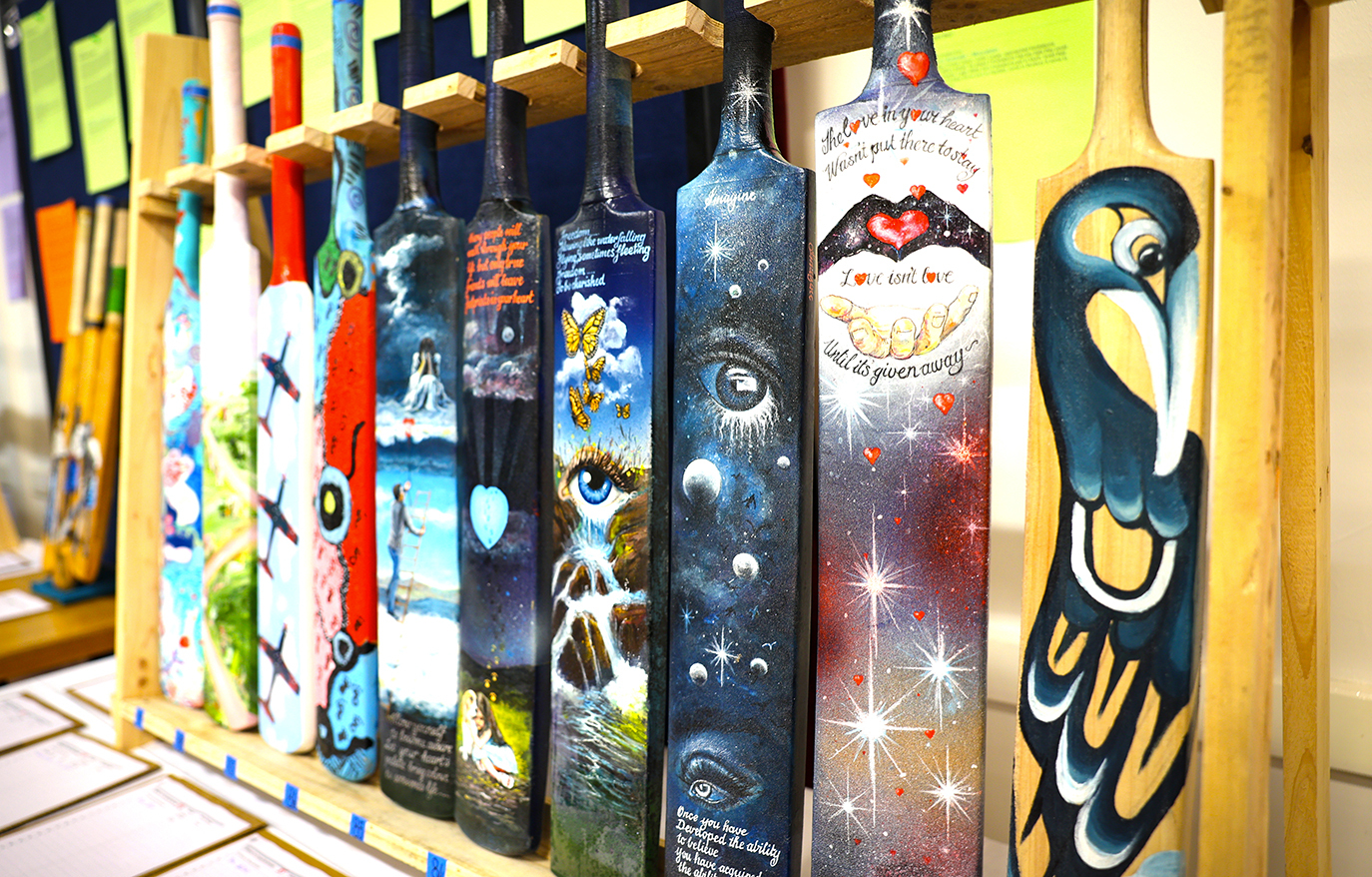 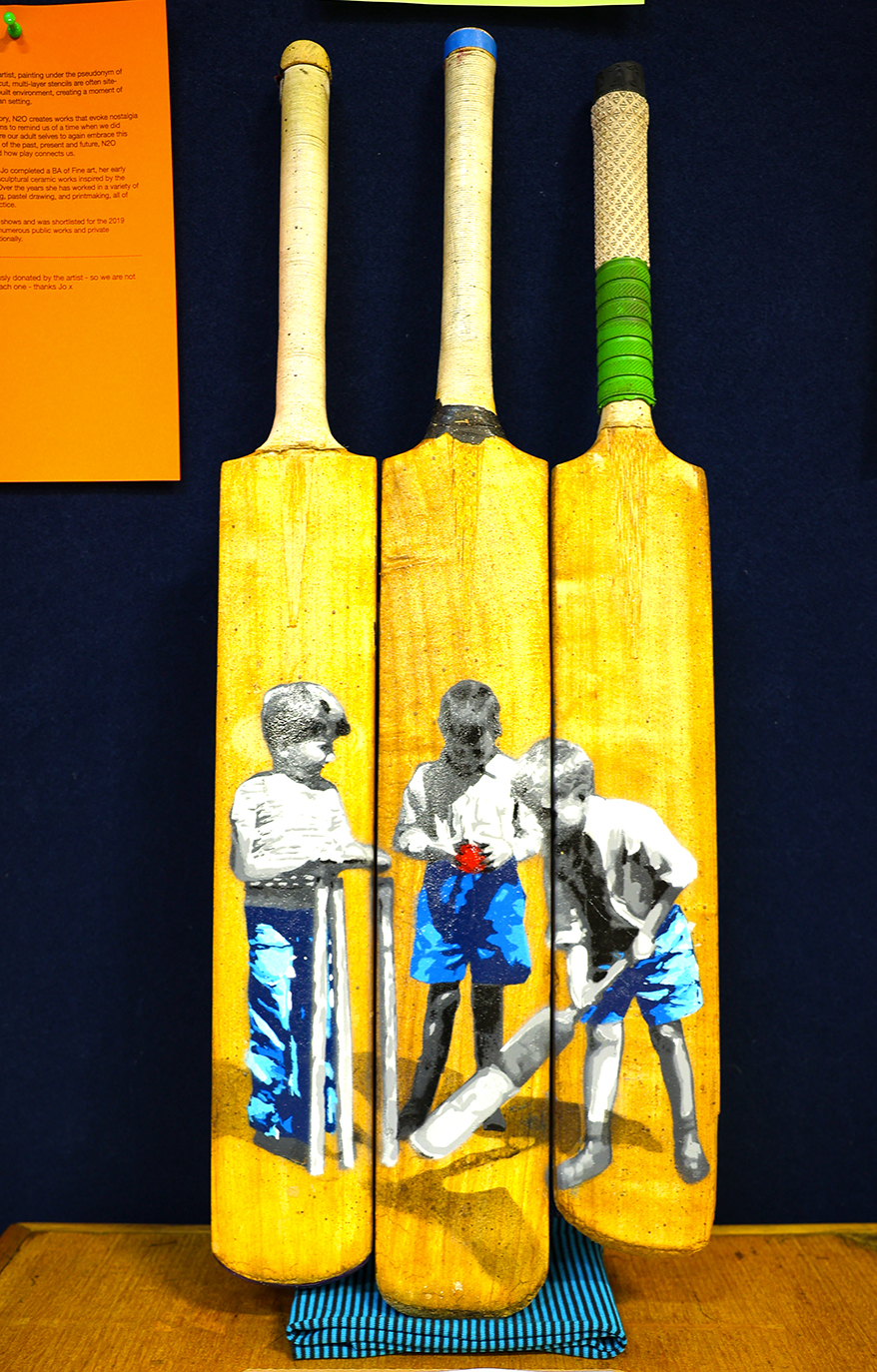 By all accounts, the auction was a wonderful evening, again made possible thanks to many helping hands in the community (and Tams’ boundless enthusiasm). Over $14,000 was raised, and in an awesome ‘twist’, Willo encourages that the fundraising efforts be spent in the region that garnered them – on projects that promote inclusion.

And, in another heartening revelation, it will be the children from Heyfield Primary School who will be responsible for deciding how the money will be spent. Apparently, they’re bubbling with wonderful ideas!

After devoting a year to Willo and Heyfield Bats for Will, Tams is hungry to launch into her own work again and has recently completed a colourful mural for National Eating Disorders Awareness Week in the Gippsland Art Gallery. She is also painting boards for the Woodside Surf Lifesaving Club for breast cancer awareness and will be creating pavement masterpieces for a selection of chalk art festivals.

As for Willo, Ange and Will revealed a new initiative, The Last Over, which is an opportunity for every cricket club in Australia to include players (who wouldn’t normally play) in the final over of a game. Here’s to hearing more stories of this concept being rolled out across Gippsland, as it’s good for the soul. 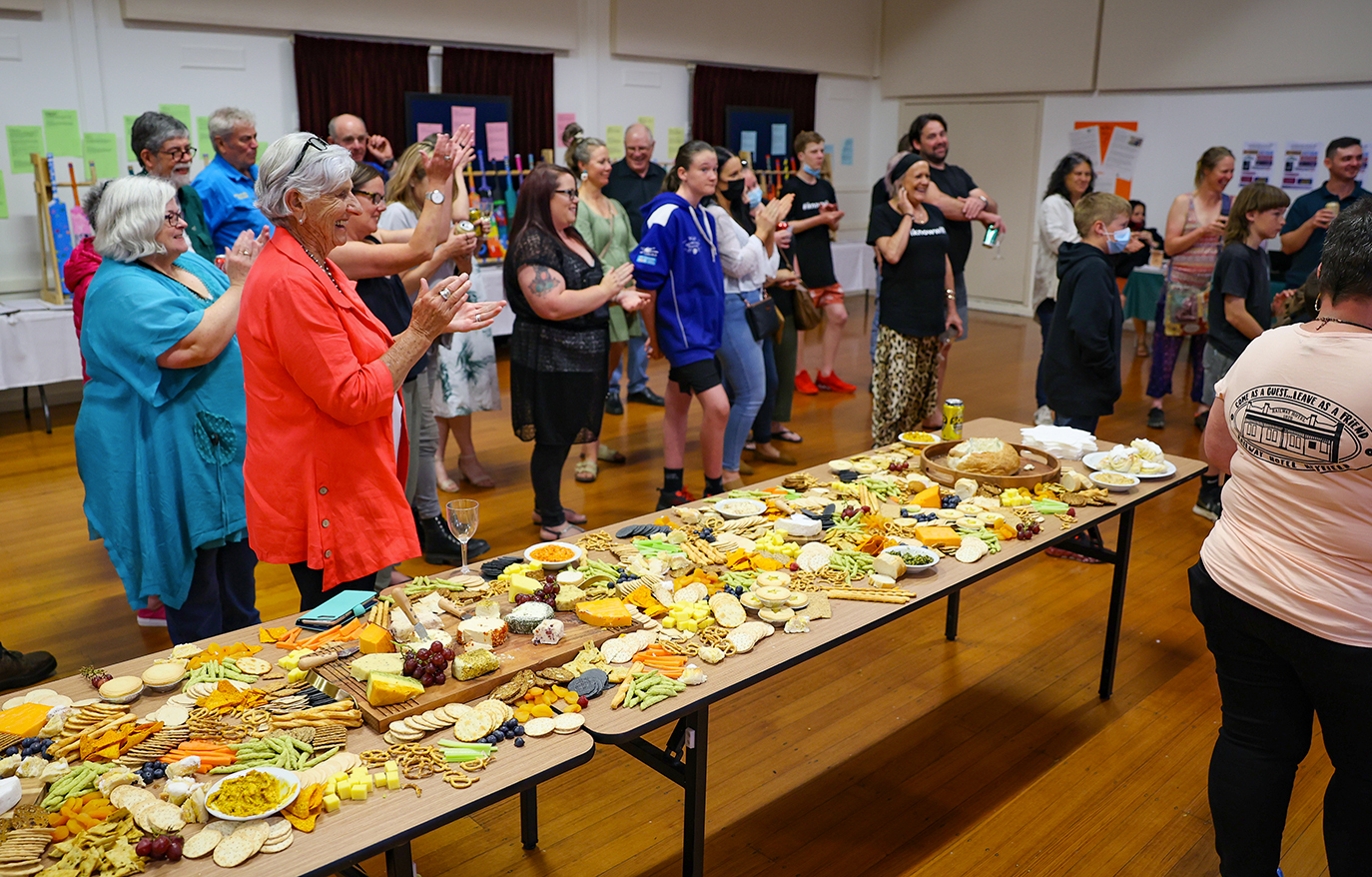 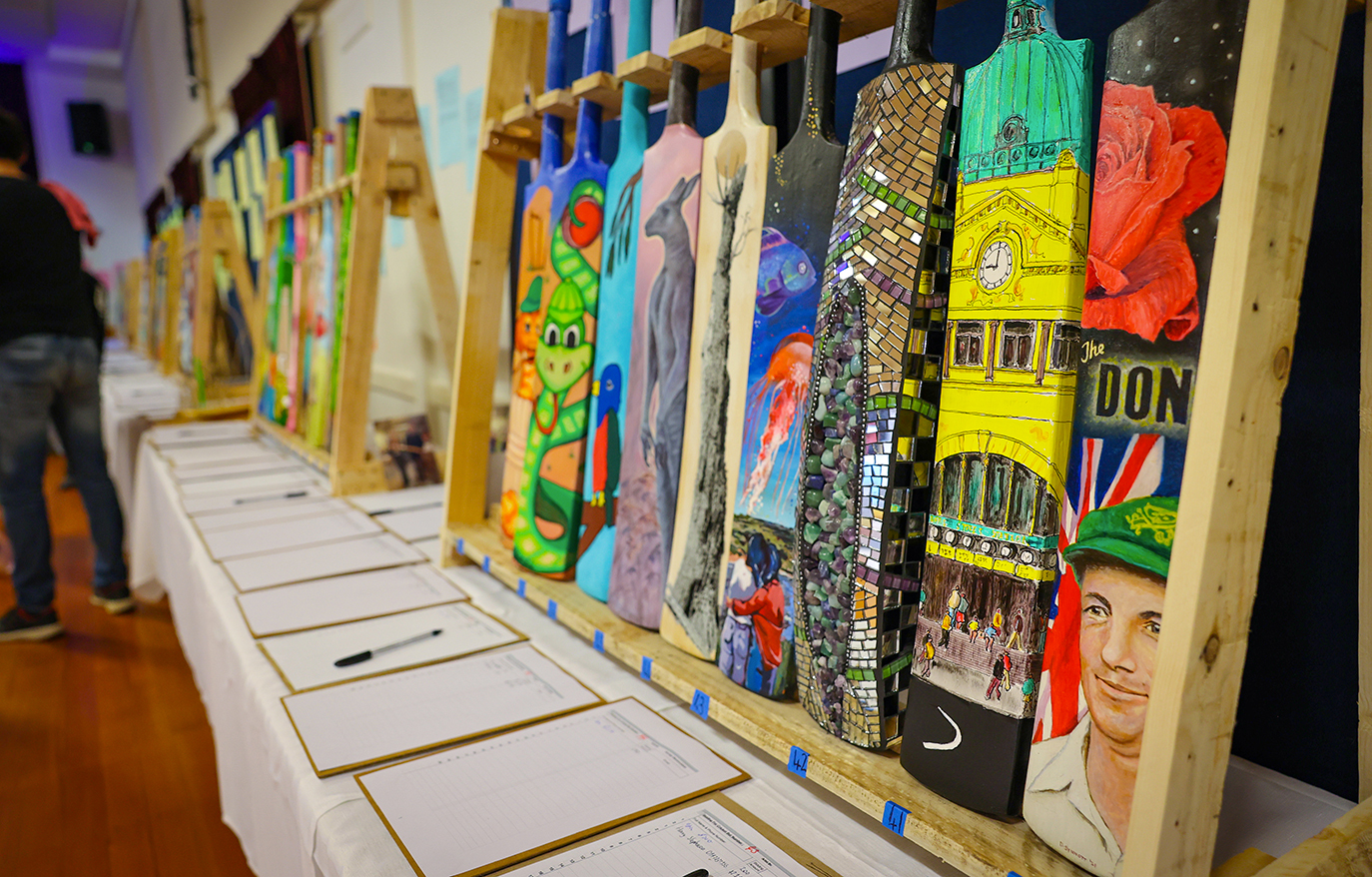 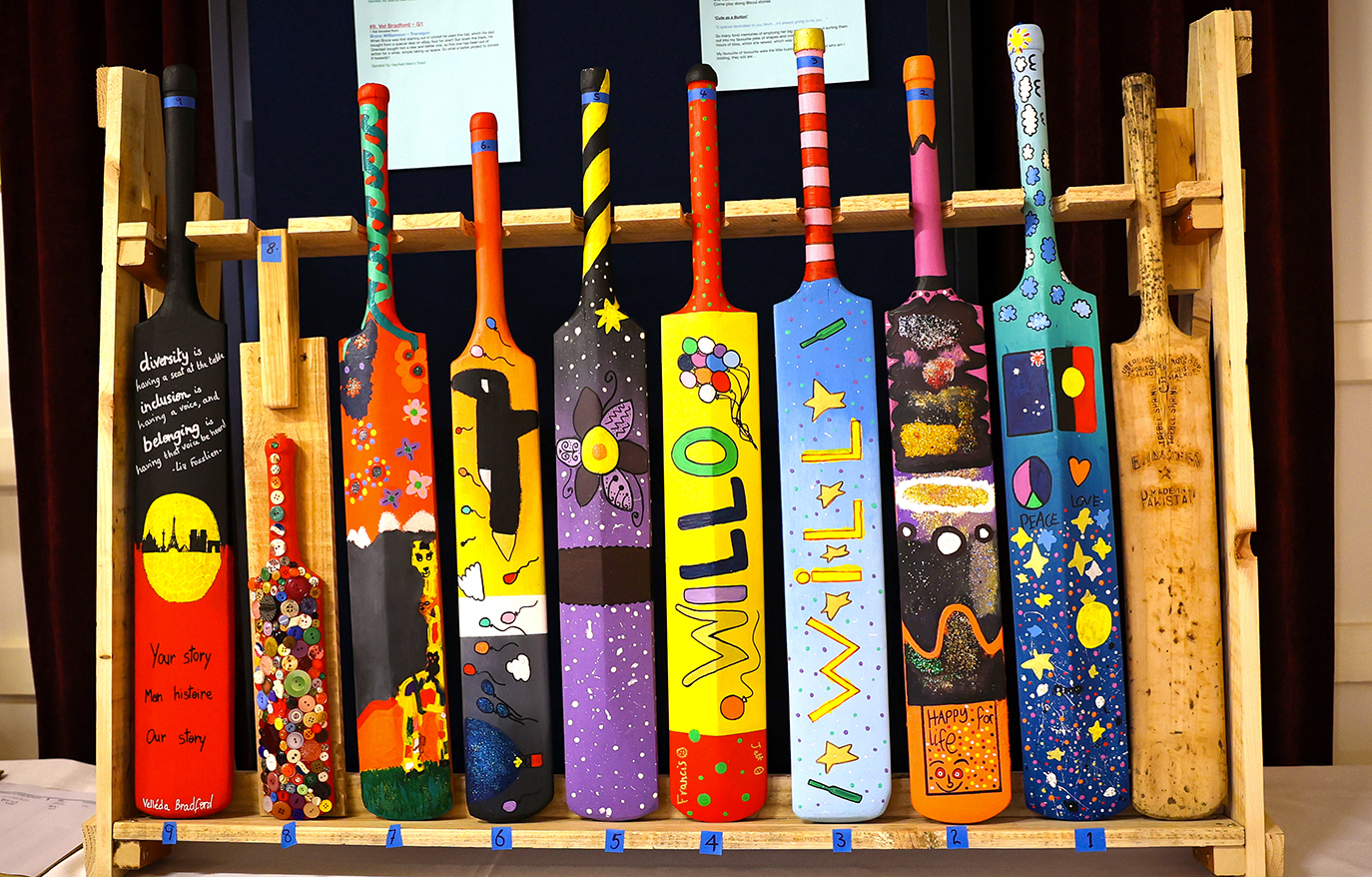 You can learn more about Where There’s A Will and The Last Over here: wheretheresawill.org.au.

Enjoy Tams’ work at soul-stories.com and on Instagram at @soul.stories. 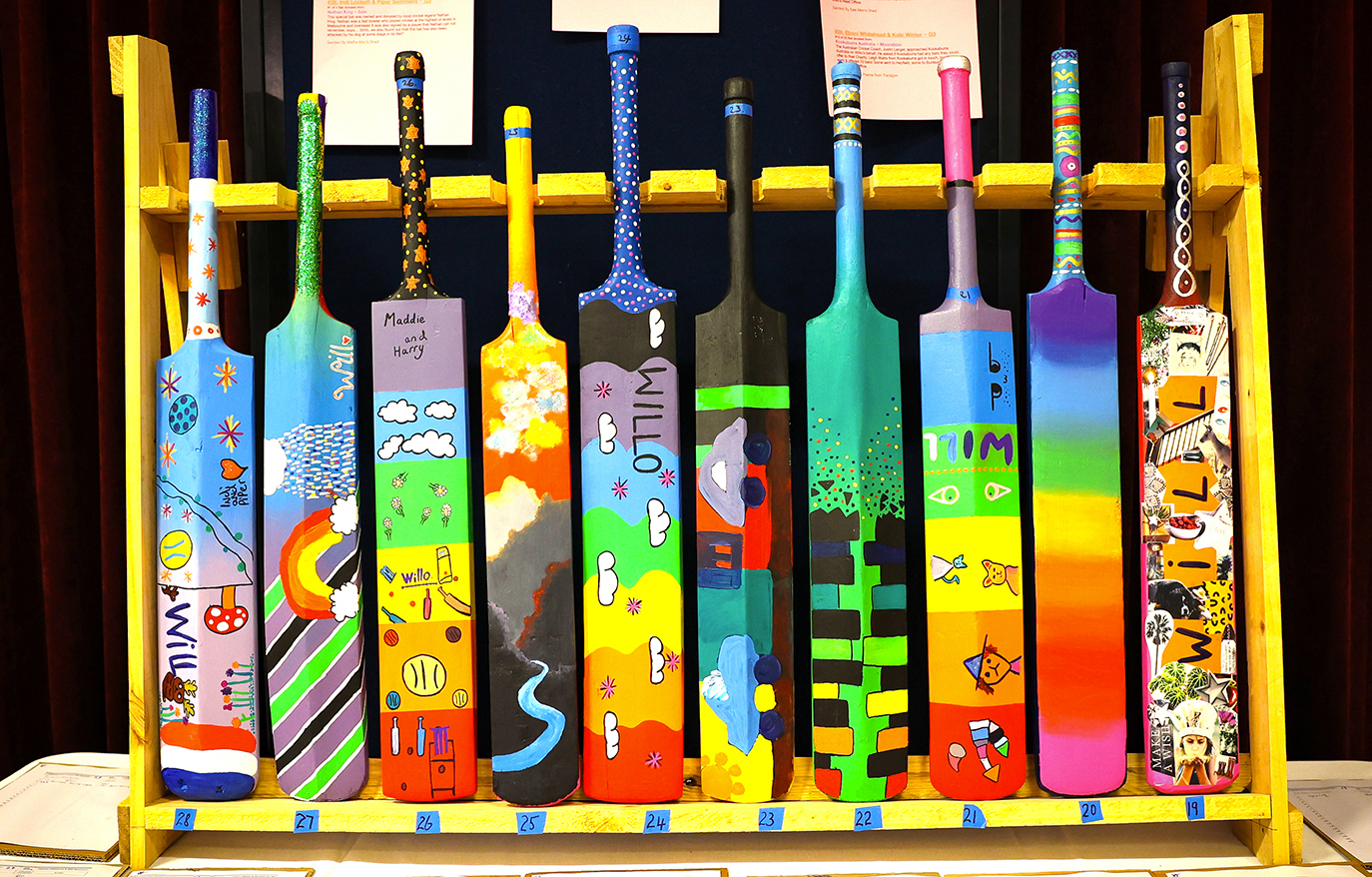