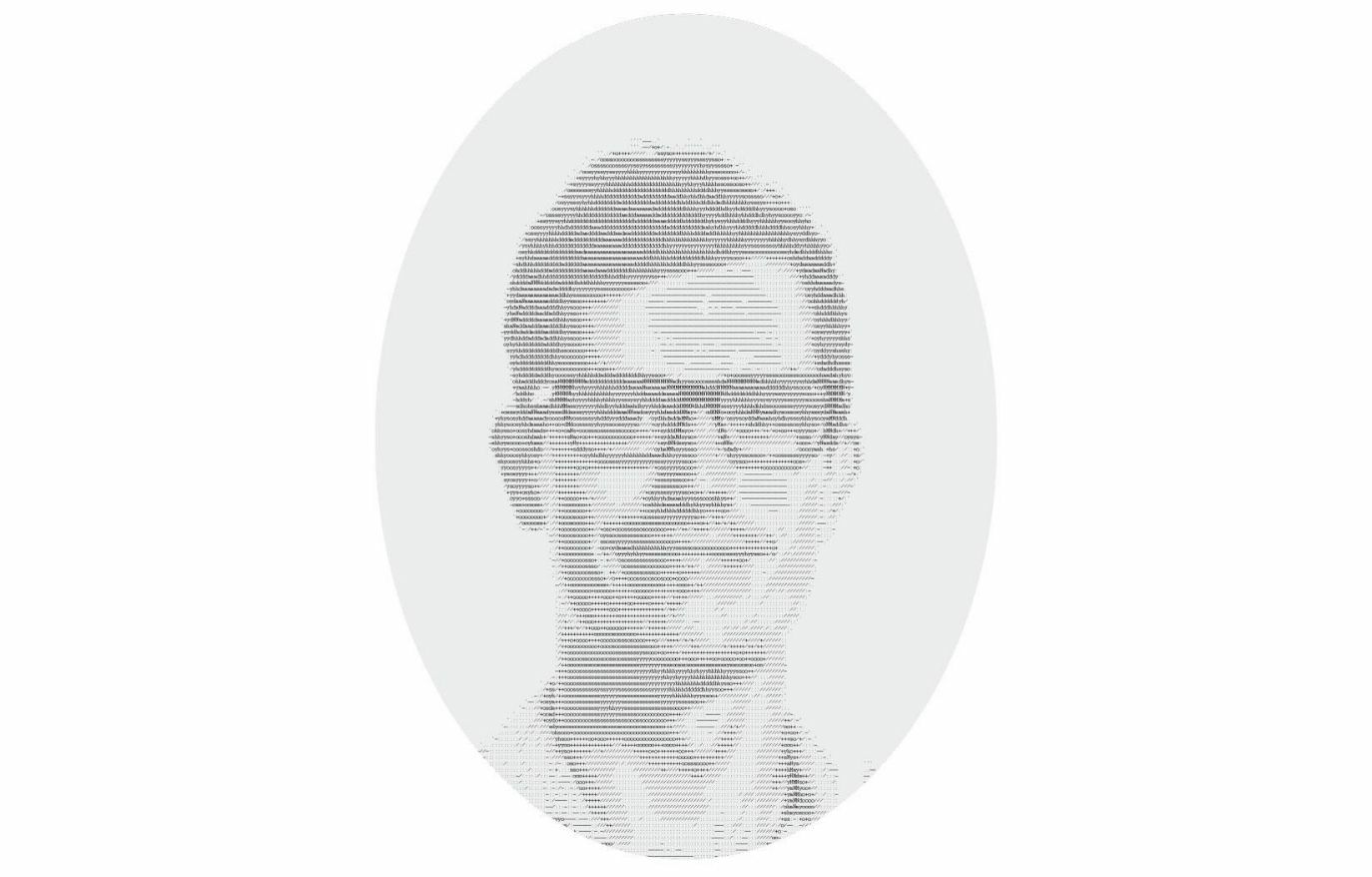 A story reached Gippslandia that physicist Michael Vanner looked upon the Sydney Harbour Bridge and simply wrote down the equation that best fits its graceful curve. While he denies this as entirely true, he relished a period of thinking about the world in quantitative terms. An example Michael provides is that he can, “remember staring at the waves rolling in at Sandy Point and looking for patterns that might help me catch a great wave”.

Michael’s currently a Junior Research Fellow at Linacre College, University of Oxford, and quite recently became a member of the faculty at Imperial College London, where he’s Principal Investigator of the Quantum Measurement Laboratory. At the Laboratory, Michael and his colleagues study the fundamentals of physics using laser-based experiments, seeking to use this knowledge to develop powerful new technologies such as sensors and information processors.

Hearing that Michael’s developing ‘sensors’, you can easily imagine sensors such as the kitsch tourist thermometer from Cairns, your life-saving smoke alarm or even the light that appears when you hit the button on your TV remote. But Michael and his colleagues are frequently working on sensors that operate at the nanoscale, which is freakin’ small. For instance, a human hair is typically larger than 80,000 nanometers, as one nanometer is one-billionth of a metre.

It comes as no surprise that Michael’s adventure through education has been a rigorous one! Growing up in Warragul, Michael attended Warragul Regional College. At the time he wasn’t sure of his career path, but was considering several different fields related to the STEM (Science, Technology, Engineering and Mathematics) subjects, ranging from “biomedical research to aerospace engineering”.

Michael decided on studying a Bachelor of Science and Bachelor of Engineering double degree at Swinburne University of Technology, as he explains, “[the course] exposed me to many fascinating areas of study and research including electronics, optics, physics and even neurophysiology”. It was at Swinburne that Michael discovered his passion for quantum physics, and after five years in Melbourne, and in his words “remarkably only a few café lattes”, he jetted off to pursue a PhD in experimental quantum physics at the University of Vienna, Austria.

After enjoying his time living and studying in Europe, Michael returned to ‘defrost’ on the Sunshine Coast and undertook a postdoc position at the University of Queensland. Upon completion of that position, Michael moved to the UK, where he’s been based for about three years. See, we told you that his studies have been as demanding as they are fun.

When asked if it should be surprising that such a remarkable academic career (especially considering Michael’s still only in his thirties) began from a regional public high school, Michael was quick to implore that after deciding to study more seriously in year 11, his “teachers at ‘the Regional’ were excellent”, and that he was given every opportunity to do well.

“I never felt disadvantaged and got an ENTER score that exceeded the requirements for my first preference for a highly-selective university course.

“Moreover, I enjoyed the social and sporting side of the school, where I had a great group of friends. Via the Regional, I joined the Sandy Point Surf Lifesaving Club and the Warragul Triathlon Club, which filled many of my evenings and weekends during the summer”.

The conversation ventures into the world of mathematics, and Michael explains why it is so integral to us today, “Our understanding and application of mathematics and physics is a key part of the foundation of modern society. Without this knowledge, we wouldn’t have been able to create the Internet, modern transportation or medicine. I’d like to also comment here that humanity is about to face extreme climate change challenges, whilst meeting our ever-hungrier demands for energy consumption. Intelligent application of our understanding of physics and mathematics will be critical to help to minimise our emissions and live sustainably”.

We raise the inclusion of our article on the STEM Sisters in this edition, and Michael’s praise is effusive, “Go STEM Sisters!”. Michael outlines why he feels studying STEM subjects is important, “Humanity needs great STEM people and women perform equally well as men. I feel that the current gender gap is due to a reduced relative number of young women applicants, perhaps due to societal factors encouraging them to take other career paths. The STEM Sisters are therefore doing a great service to help improve the gender balance and I think it is important to encourage both young women and men to study STEM at the high school level”.

Given his passion for physics, there has had to be some pretty impressive inspirations, as well as dedicated mentors, to have motivated Michael in his career. Michael says that research is more commonly performed in teams rather than individually these days. Professor Kip Thorne, an American theoretical physicist and 2017 Nobel laureate, is someone who Michael says, “has inspired many researchers, and helped to fund and lead the tremendously exciting international effort that recently detected gravitational waves”.

Michael credits one of his PhD supervisors, Prof. Gerard Milburn, the former Director of the Australian Centre of Excellence for Engineered Quantum Systems, as someone who very patiently taught him much about theoretical physics.

Diving into history’s many great scientists, Michael says, “I drew a lot of inspiration from Robert Hooke, who in the 1600s helped co-invent the microscope and was one of the first to peer into the microworld. Hooke also made several valuable contributions to theoretical physics, including Hooke’s Law, which describes the force on a spring”.

Obviously, no one can spend their entire day being enraptured in quantum physics, however exciting it may be. Michael’s aware of the importance of a decent work-life balance, so when he’s not a university, he’s enjoying time with friends, family and his partner. He’s loving London’s vibrant food scene and it’s ace to hear that the man who could smash out a solid run-swim-run during his days life saving down at Sandy Point still digs keeping fit. Michael’s recently returned from a holiday to the Greek islands of Zakynthos and Kefalonia, and his passion for travel is spurring on a desire to spend more time learning European languages.

After dedicating so much of his life to research already, it’d be fair to wonder if Michael has an overarching goal that he’s striving for: “It’d be fantastic to make a meaningful experimental contribution that advances our understanding of the interface between quantum mechanics and gravity. I also strive to be a great supervisor and mentor. I’m very happy to see students going on to do great things for humanity and have successful careers”.

Careers in academia aren’t as easy as slipping on a tweed jacket with patches at the elbows; it’s a high-pressure environment and Michael says that it’s “particularly competitive these days to land a permanent faculty position”. Michael’s extremely grateful for financial support from the Australian Research Council and the UK’s Engineering and Physical Sciences Research Council that enables him and his colleagues to pursue their research.

Finally, in turning his gaze back home, Michael says that while he’s no longer familiar with the current educational facilities and programs in Gippsland, he believes areas of research that are important for our region should be advanced agricultural techniques to improve yield while reducing our energy and chemical usage, as well as encouraging the consumption of, and education on, renewable energy sources.

With that we imagine Michael lost in thought, strolling amongst the spires of Oxford. While he might be pondering the mysteries of the universe before catching The Tube to his next meeting in London, he’s just as likely dreaming of having a holiday back in the waves of Sandy Point.