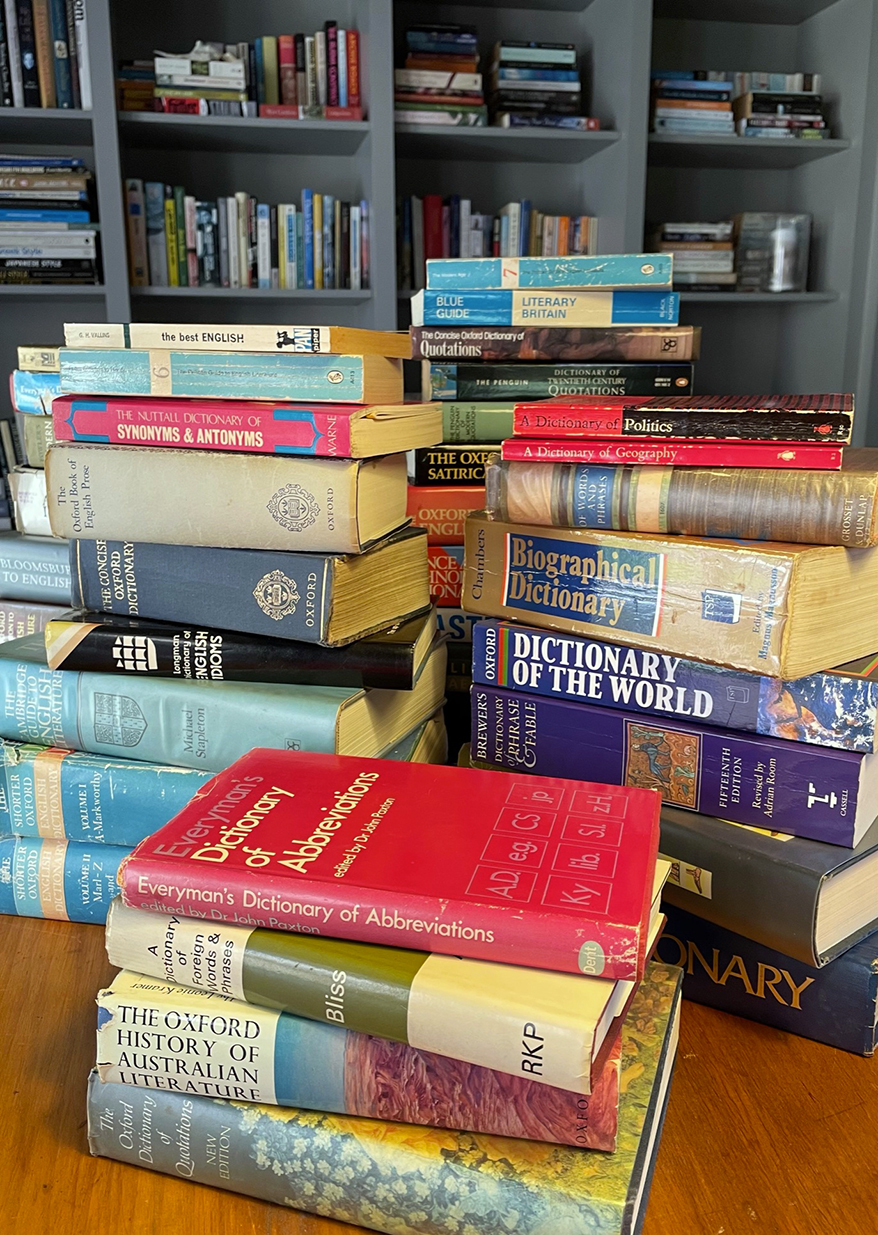 Dictionaries are a key to how language is best applied to communicate effectively.

At the end of my father’s life, he left over 80 dictionaries in his collection of books. They were a symbol of a life of curiosity, which was robbed of a formal education because of the Great Depression.

These two volumes were used every weekend in a quest to complete the crossword puzzle from the Saturday newspaper by Sunday night. It was a continuing endeavour of ‘distillation’.

The art of good communication is to distil and capture the essence of things, selecting one word to replace many.

One of Australia’s preeminent lawyers, The Castle’s Dennis Denuto, knew this when he concluded his argument on Darryl’s (Kerrigan) behalf with… “t’s the vibe”. Not the most successful advocacy, but it cut to the essence of things, and for a generation of Australians it became the explanation that was beyond explanation. In the Dictionary of Foreign Phrases, it was the je ne sais quoi… ‘an inexpressible or indescribable something’ in French.

“As my father found, language is a passport to a world of curiosity that’s never satiated.”

Dictionaries are diverse in the subjects they cover: geography, politics, literature, quotations, Classical mythology, Neoclassical mythology, poetry, and abbreviations and foreign words and phrases in current English, to name just a few.

Dictionaries are a key to how language is best applied to communicate effectively.

“The only thing we have to fear is fear itself,” President Franklin D. Roosevelt at his inauguration at the height of the Great Depression.

Both presidents are encouraging a nation to find the best in itself. A marked contrast to the persuasion to turn inward.

Language has a way of finding a place through the most difficult of circumstances. Behrouz Boochani may have been incarcerated on Manus, but with perseverance he tapped out a novel, No Friend But the Mountains in text messages in Farsi that a colleague in Australia interpreted into English.

It reminded me of a letter my father sent to his mother at the coronation of King George IV. The king’s speech was sent by morse code to the passenger boat in Colombo Harbour on which my father was the radio officer. Both George and my father faced their challenges: George to make it without a stutter, my father to interpret it from ‘dot dot dar’ to English without a mistake for the travelling passengers. Perseverance in the communication of language.

Language. The power to persuade, to enlighten and amuse.

As I find the flow of writing this piece, I hear the echo of the editor’s request to ‘keep it to 600 words’. How can we talk about language in 600 words?

Eighty dictionaries are just a start to the answer. As my father found, language is a passport to a world of curiosity that’s never satiated. So, to meet the target word count, let’s go to the art of distillation.
It’s 539 words now.