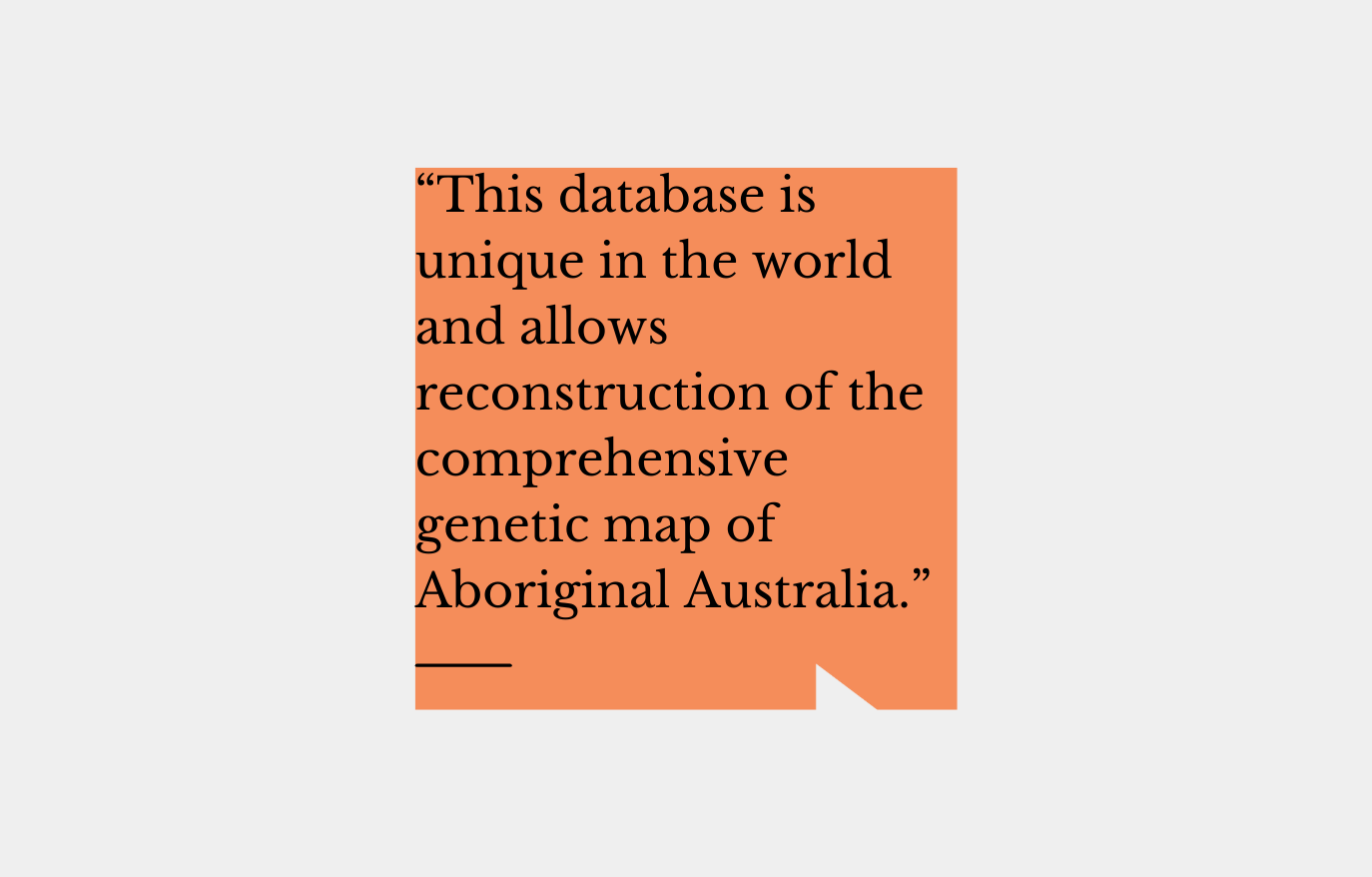 Mapping the incredible journey out of Africa, into Gippsland, through your DNA.

In 2016, the South Australian Museum contacted relevant First Nations families regarding hair samples that had been collected from their ancestors during anthropological research expeditions across Australia in the middle of last century.

Stewart Hood, in his late twenties at the time and not long before his move to Jacksons Track, Jindivick, provided a snippet of his hair and other details to lead anthropologist, Norman Tindale, at Lake Tyers in 1939.

Recently, it was explained that the Aboriginal Heritage Project (AHP), an Australian-based study, sought current standards of consent from family descendants of the hair sample givers. The project is also governed under human ethics approval by the University of Adelaide. Therefore, if family descendants did not consent, then their ancestors’ hair samples were excluded from the study.

Stewart’s hair sample was analysed by the Australian Centre for Ancient DNA, part of the School of Earth & Environment Sciences at the University of Adelaide. This database is unique in the world and allows the reconstruction of the comprehensive genetic map of Aboriginal Australia. This allows Aboriginal communities to trace ancestry within Australia when oral or written records may fail.

“...this allows Aboriginal communities to trace ancestry...[when] records may fail.”

The DNA sequences tell us how closely people are related, with identical sequences showing members of the same family. In the case of mitochondrial DNA, we inherit our lineage from our female ancestors.

The project has only analysed mitochondrial data to date; these patterns reflect the history of female ancestors of Aboriginal Australians and are yet to be tested for male ancestors. It is possible that they could be different for males, for instance, if females tended to stay in Country, whereas males were more mobile and moved between populations.

Genealogical information allowed the project to trace the mitochondrial sequence to the oldest known female ancestor of whoever donated the hair sample. This is important, as the project reveals more information prior to the disruption of Aboriginal communities following European colonisation, providing a good idea of the original distribution of families and groups across Australia.

As Maria Lekis of the AHP explains, the project has additional outcomes too.

“One is to connect families with their ancestors’ history. In addition to Tindale’s notes, the SA Museum is the custodian of many artefacts associated with the hair samples the expedition collected (i.e. photographs, genealogies, drawings, language, audio recordings, etc.) that in some cases families are not aware existed until we visited communities to discuss the project.

“The study has constructed migration patterns within Australia, and an ongoing work is constructing migration to Australia.

“Given enough resolution of DNA testing (establishing and enabling links to Country), the project will be able to facilitate the repatriation of Aboriginal remains held at museums in Australia and overseas, and assist people from the Stolen Generation with reunification and identification of family origins.”

Sandra Mullett shared that a meeting was held in Bairnsdale on 24 July 2018 with a University of Adelaide scientist, a SA Museum representative, and oral historian, Dr Karen George, who is the granddaughter of Norman Tindale.

Sandra says, “The family members of the group who had given permission for their hair sample to the SA Museum were given a genetic lineage certificate and map, an explanation of the results, an A4 copy of the sociological photography, and copies of their family genealogy written in 1939, as well as a copy of the data card.

“Some family members became upset with the results of the DNA [testing] and the genealogy records. The Kurnai descendants have had a long 20 years of meetings and discussions over genealogy. This is part of the custom and law that genealogy is passed down from each generation by the Kurnai women. In my family, it was passed down from my mother, aunty, grandmother [and] older sister.”

Stewart’s results contain a major subgroup, M42, and a handful of older, more northern lineages. The M42 subgroup is broken into three regional groups with one near Adelaide (M42d), another around the Brisbane area (M42c) and a final group, that includes Stewart, being spread across the Riverine and southern Queensland (M42a).

In 2014, through the National Geographic Genographic Project (NGGP) to map human migration, Stewart’s granddaughter Linda Mullett (pictured) decided to get her DNA tested.

The results of the NGGP demonstrated that Linda’s maternal lineage travelled out of Africa and along the coastline of Asia towards Indonesia until they reached Australia, where they founded the Aboriginal population here.

The AHP found that upon reaching Australia, Linda and Stewart’s ancestors migrated south along the eastern seaboard, arriving in the region we now know as Gippsland between 45,000 and 50,000 years ago. What an incredible journey.