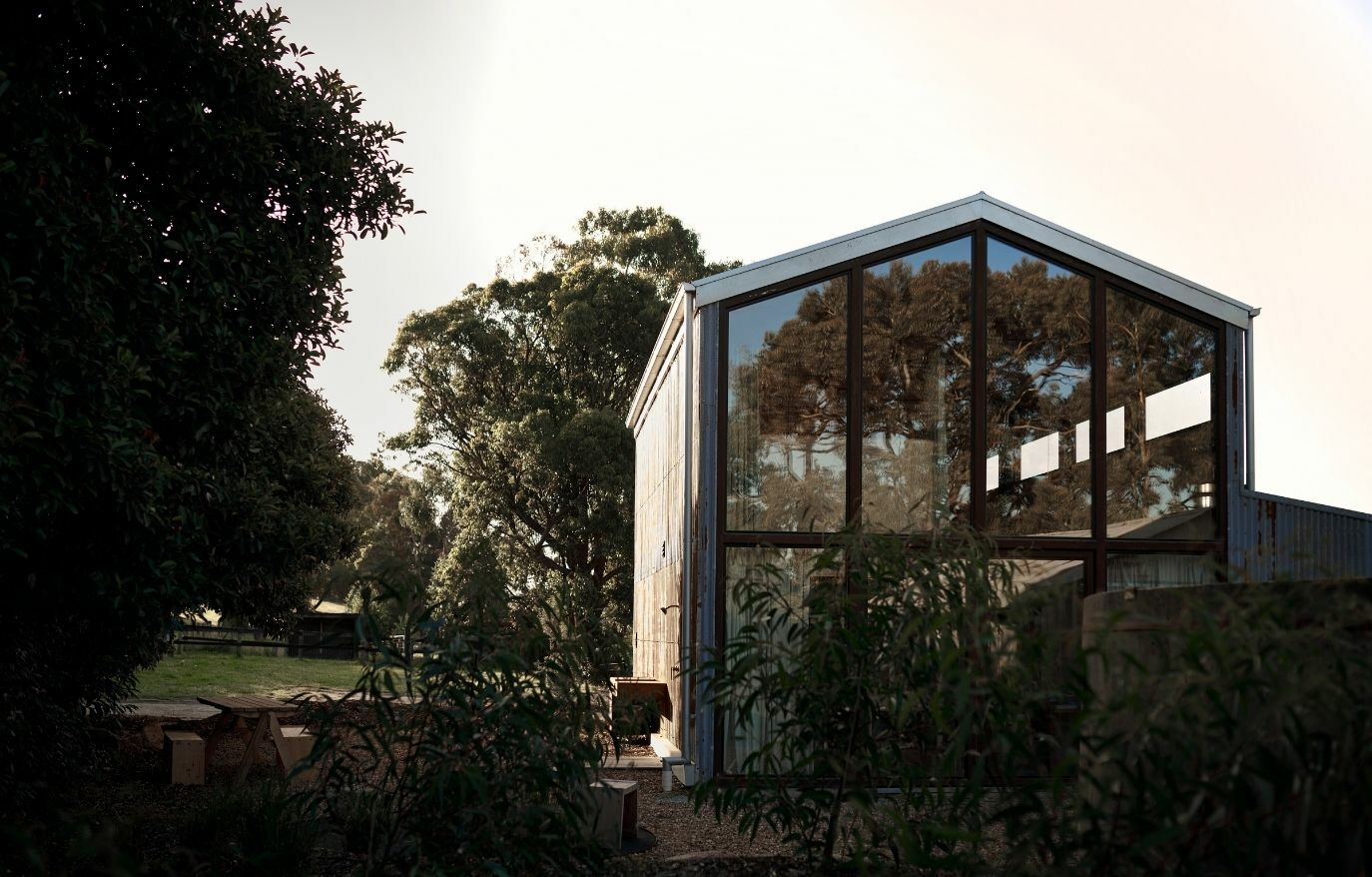 An old dairy farm in Meeniyan, transformed into a designer getaway.

Michael Harry, the renowned lifestyle editor of Good Weekend declared that Ross Farm “is arguably one of the most inspiring and original accommodation offerings in Australia”.

Lofty praise from the leading journo, one who has the influential pull to get interviews with star chefs Ben Shewry and Heston Blumenthal, or enjoy a dad joke with Thor star Chris Hemsworth.

It’d take nothing short of a miracle for Gippslandia to get a response from one of Chris’ entourage, let alone even a 10-minute sit-down interview with one of the Island’s most famous exports.

But, in the past, we’ve enjoyed a yarn with Chris’ old man, Craig. Which is the line of thinking that gave us our mini revelatory moment:

After all, we’ve been keeping a longing eye on the South Gippsland property since the first pictures of the Cabin’s remarkable rejuvenation (the first of three places on the farm) began to surface in 2017/18.

Now, with the stars finally aligned, we have recently been able to share some details with the designer of Ross Farm, Andrea Moore. Not being able to stay on the property, we dove further into research and two poignant themes emerged: time and place.

It has been 20 years since Andrea’s parents, Robyn and Lindsay, purchased the disused dairy farm with dilapidated agricultural buildings. Interior designer Andrea established Studio Moore in 2008 and the project of transforming the property didn’t swing into gear for another handful of years after that, with the Barn and Dairy completed in July 2019. It’s taken time, and you can tell. 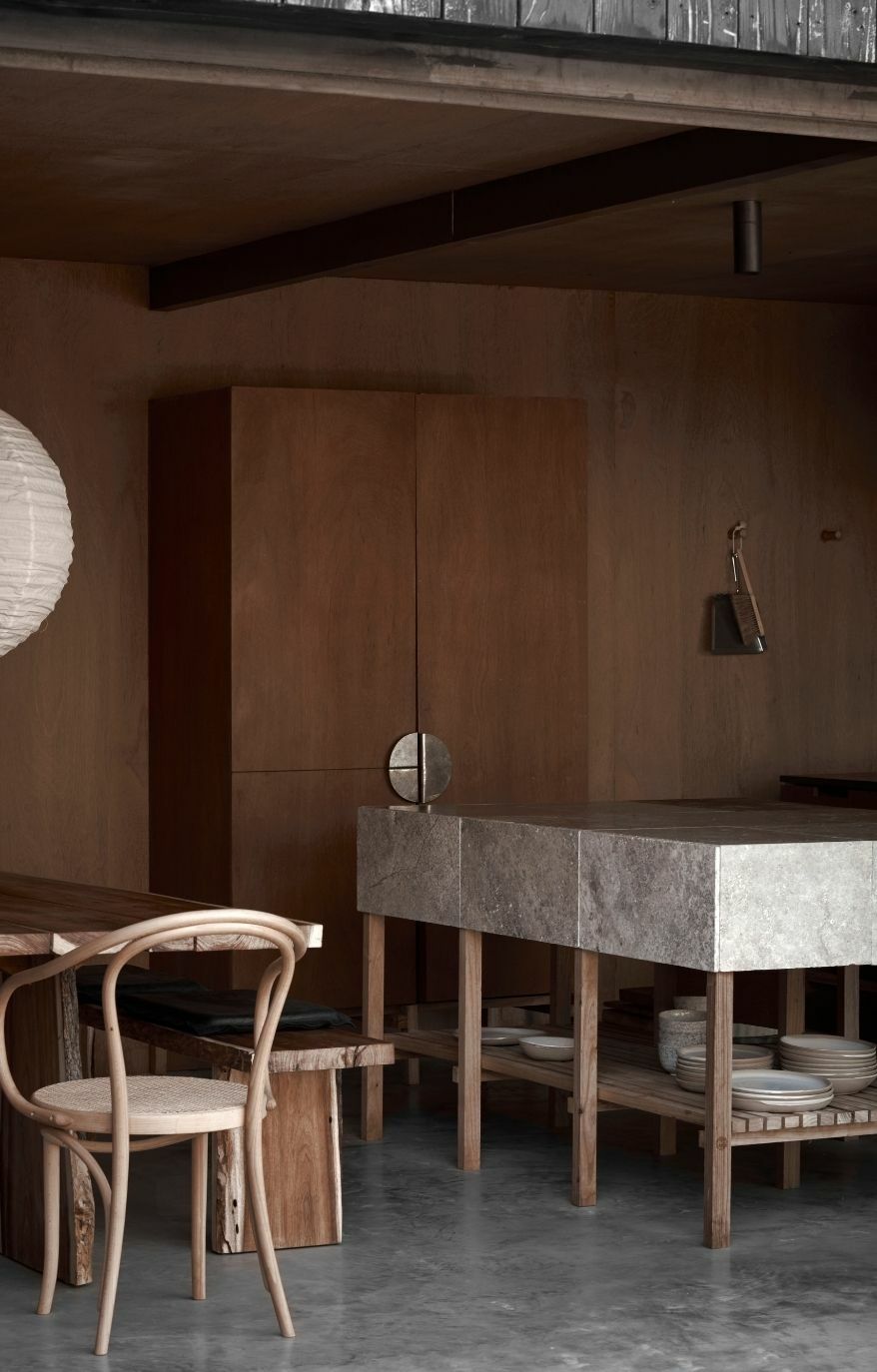 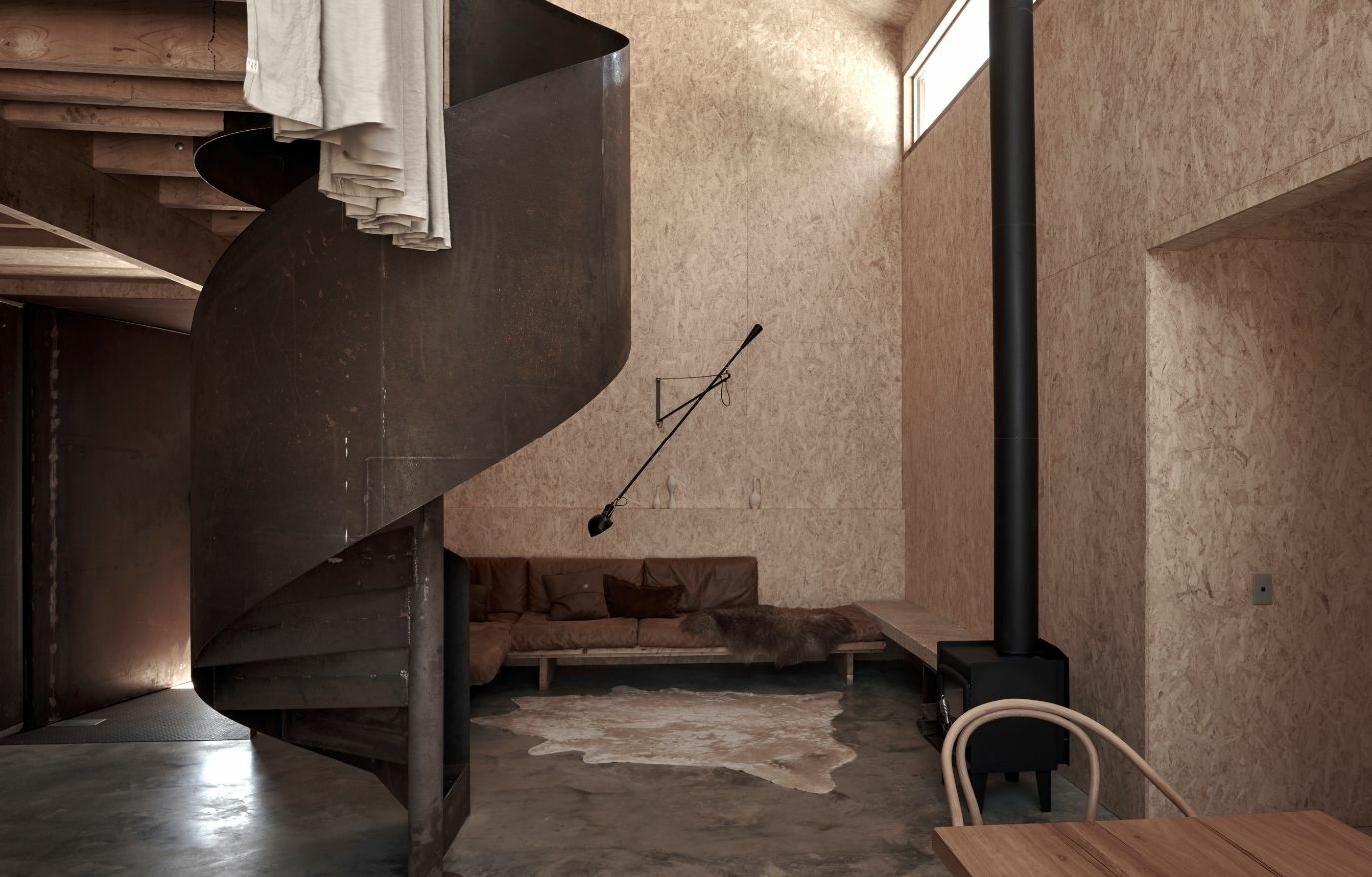 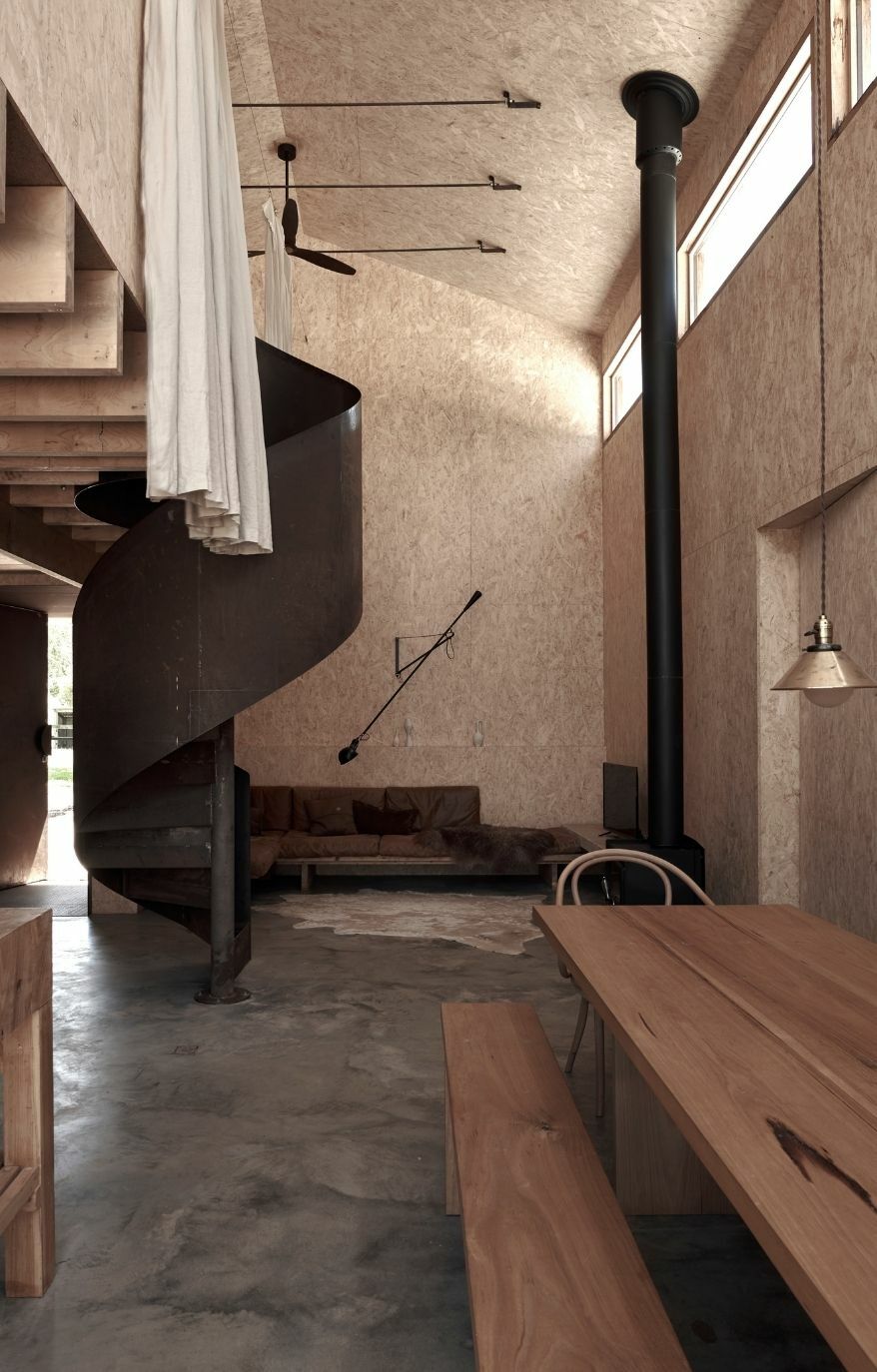 The cohesiveness and nuanced dialogue between the Cabin (one bedroom), Barn (two bedrooms) and Dairy (three bedrooms), and the surrounding environment reveals the hours Andrea and Lindsay must have spent on site, as well as in the region.

Respect for time and craft is evident through the project’s impeccable material selection and the skillful repurposing and recycling of fittings, furniture and farm equipment undertaken by Lindsay. Has a cattle trough ever looked so luxurious and inviting?

Yet never, not for a moment, does the Ross Farm even hint at the ostentatious or gaudy slants that can be present when speaking of ‘boutique accommodation’, especially the shiny developer-driven hotels that seemingly seek social media darlings over substance.

In the Cabin, a photograph that Lachlan, Andrea’s brother, has taken of The Prom fittingly hangs on the wall to the periphery of a classic South Gippsland view. It’s not a massive Emily Floyd piece, but it needn’t be either — further evidence of the consideration to time and place.

Researching this edition of Gippslandia has strengthened our belief in the power of welcoming outside talent to the region, but then creating things that are distinctly our own. At Ross Farm, you can sense the influence of Scandinavian design aesthetics and see the timber treated with the Japanese Shou Sugi Ban technique, yet it feels distinctly of Gippsland. Andrea’s upbringing in the region is expressed through the project, however Ross Farm is enhanced via her influences from elsewhere.

That’s why, while we wholeheartedly support Michael’s declaration, we’d be even bolder to suggest that this is a noteworthy lead for the growth of revered vernacular architecture possible in Gippsland. 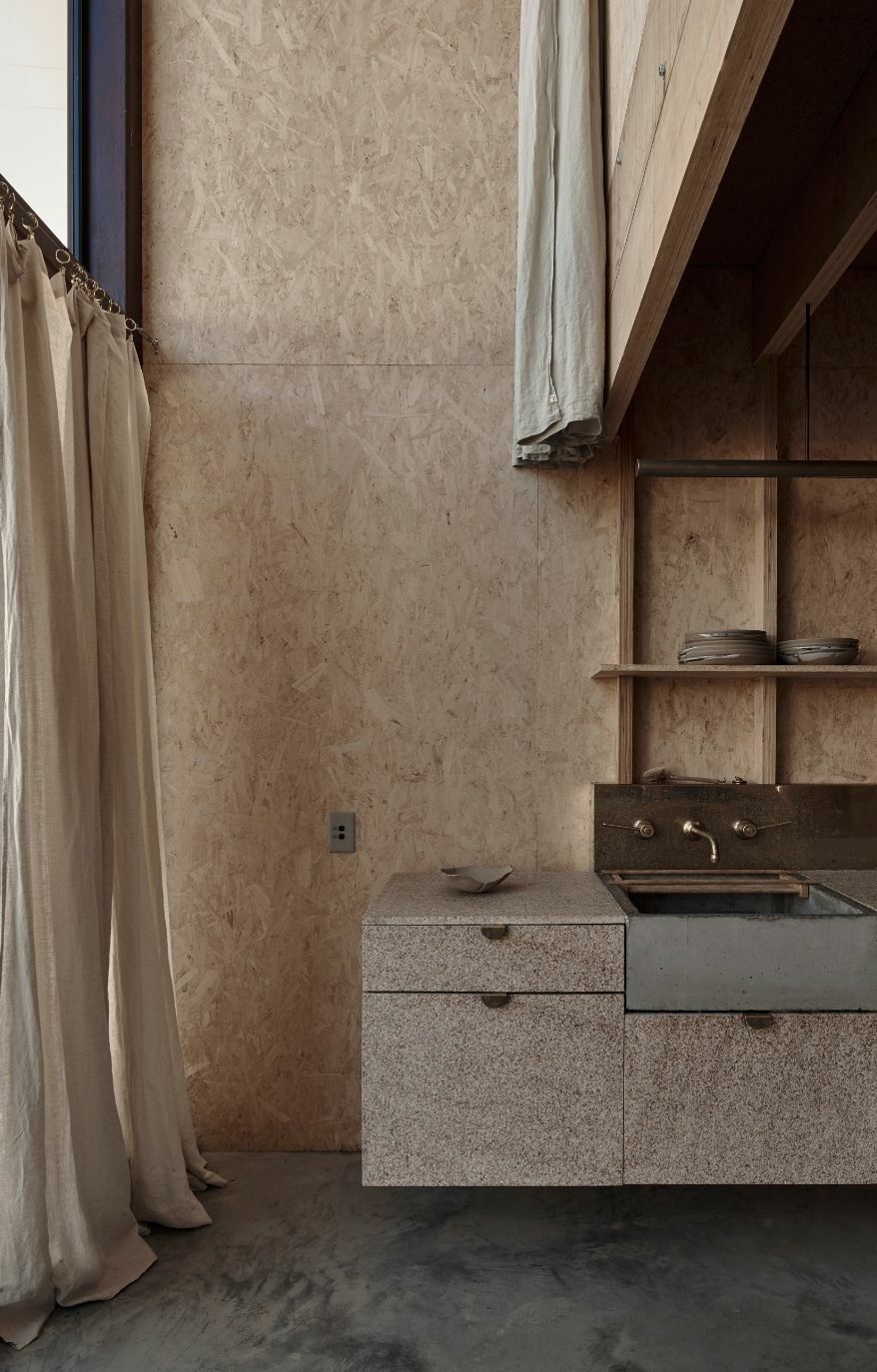 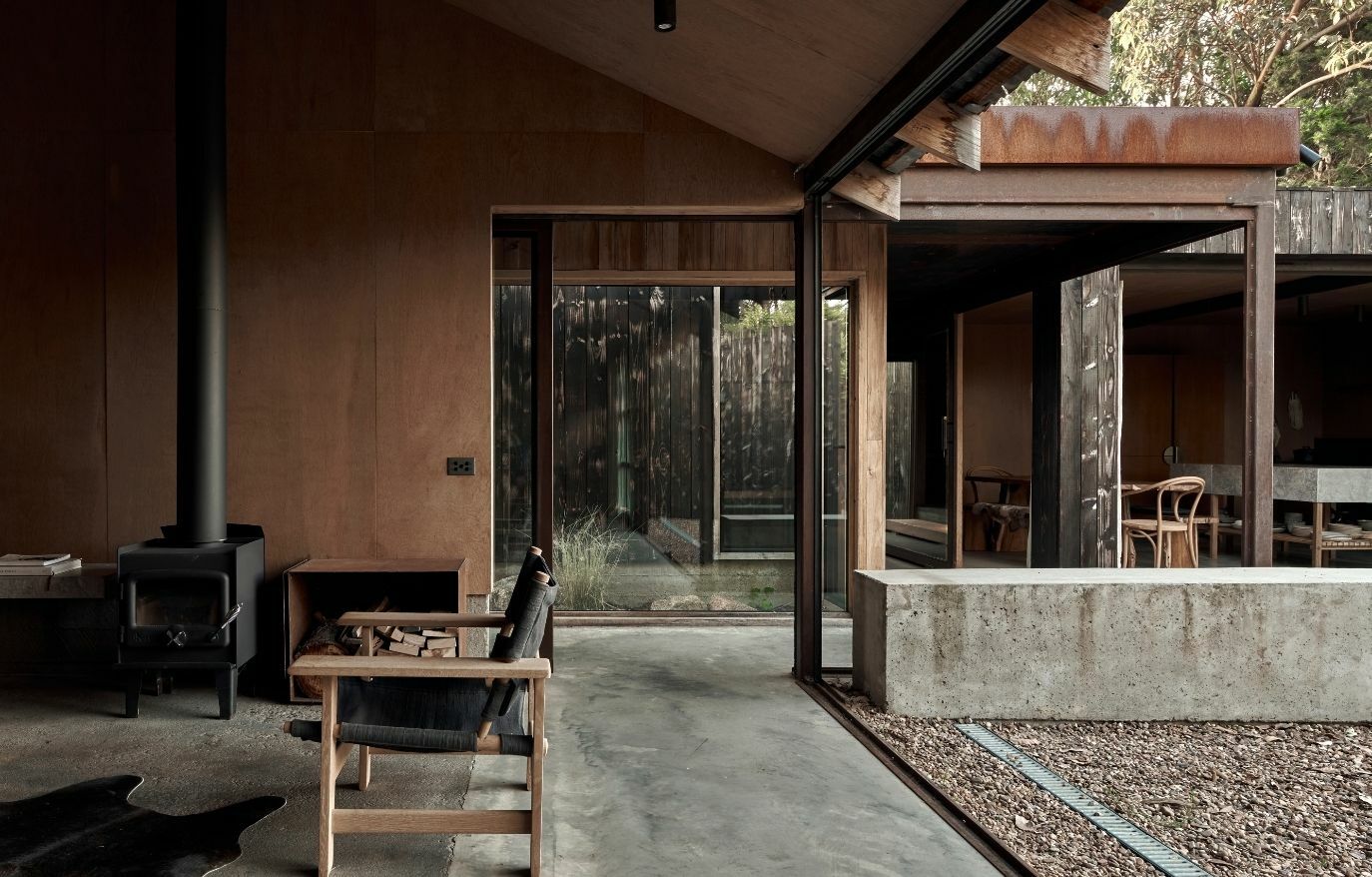 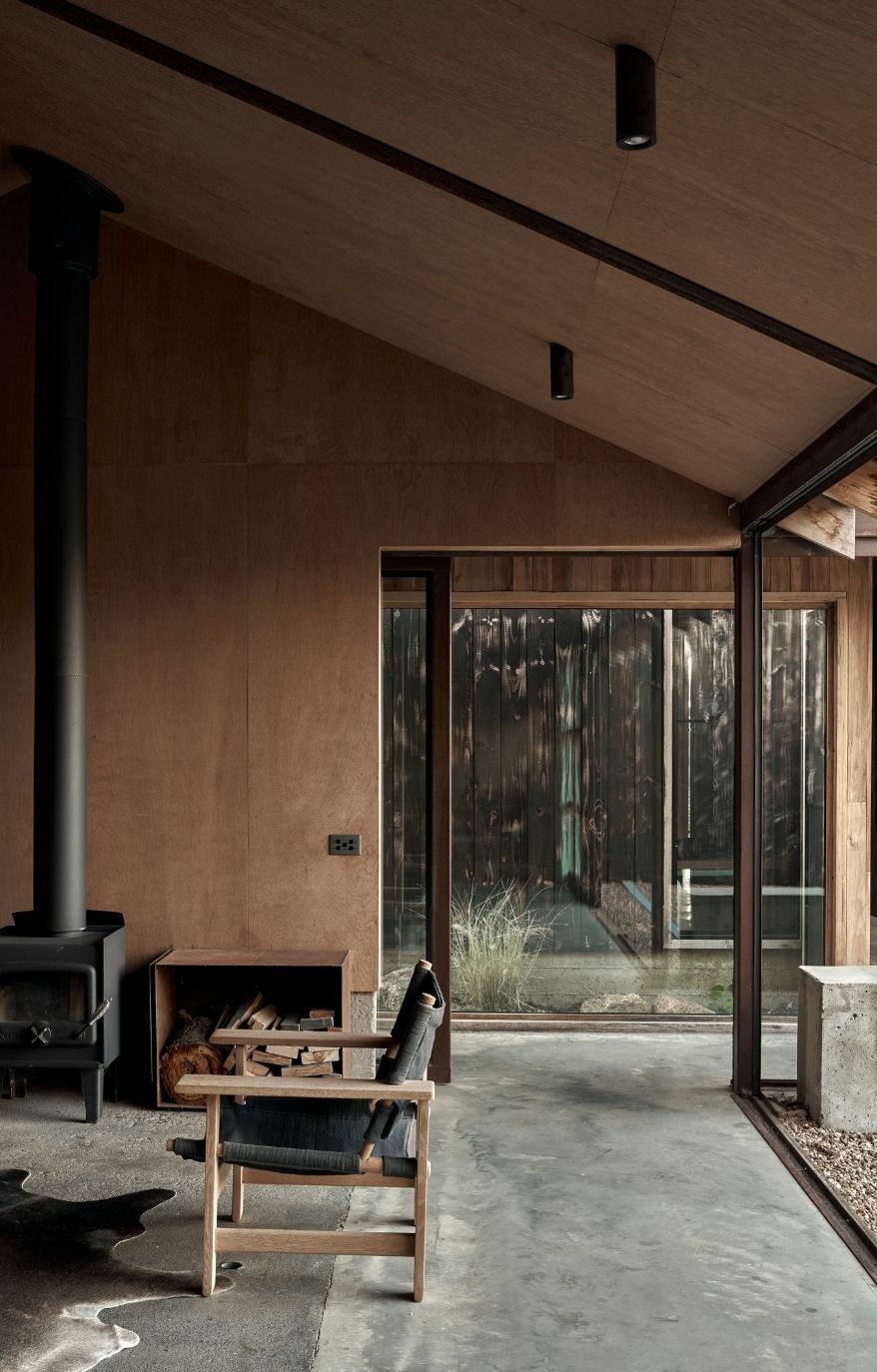