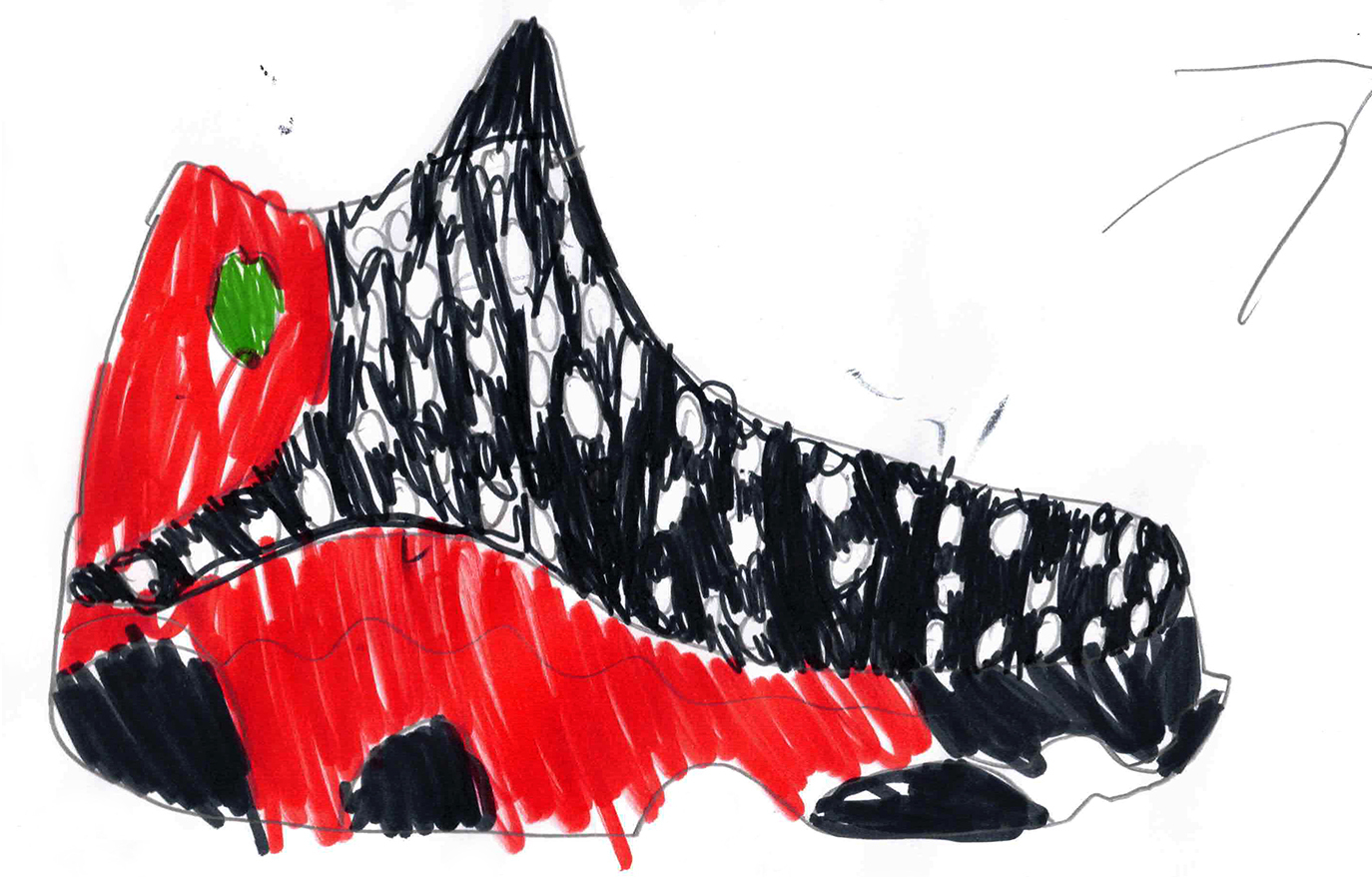 A review on the greatest Jordan's of all time...
(*In my humble expert opinion.)

Let’s start by acknowledging what an utterly ridiculous acronym ‘G.O.A.T.’ is. It should be ‘Greatest Up ‘til Present Time’. G.U.P.T. You’re welcome. :-P

Being a ‘70s-baby-early-80s-child,’ I witnessed the incredible rise of the sneaker revolution from them being purely an exercise shoe to a full-scale fashion accessory. TV was the only source of visual entertainment and sporting icons were emblazoned on these magical boxes of moving light. Icons like the crystal meth–addicted rockstar tennis player Andre Agassi, or the epitome of self-belief personified, Michael ‘Jumpman’ Jordan (not to be mistaken with Michael B Jordan the actor, hey Daffy?). Everyone wanted to “be like Mike” back then, Gatorade insisted on it.

Everyone wanted to “be like Mike” back then, Gatorade insisted on it.

A very different embodiment of the sports superstar, Andre hated playing tennis but Michael loved basketball more than anything. Yet, both had incredibly lucrative sponsorship deals with Nike and their own signature shoes marketed to fans of their respective sports. Agassi was my guy: flamboyant, rebellious and internally tormented. Anti-establishment of the highest order in a sport governed by the establishment – “f**k you Lawn Tennis Association.”

Andre and Michael redefined their sports’ relationship to style, connection to youth counterculture and their games’ creative potential. Both were fined numerous times for uniform violations and, while this did nothing to deter their charisma on court, it certainly shifted pairs of shoes from the shelves to the streets.

While Agassi was repping neon-techno-tie-dye garms down California way, Jordan’s dark-stealthy-silhouettes were killing it from Chi-town and beyond.

If we’re talking ultimate G.O.A.T., then we have to concentrate on Jordan, and more specifically Jordan’s Nike Air Jordans. Thirty-five years of signature shoe collections. Quite aptly, this article is written two weeks after the passing of Peter Moore, the designer of the Air Jordan I and the ‘Jumpman’ silhouette logo that my seven-year-old son wears now – 37 years later.

Peter Moore was the genius behind the marketing campaign of attaching an elite athlete to signature shoes – a strategy that was new back then, but one that would be followed through to today.

Jordan’s were released in three colourways, not in a random ‘Hey, I like these colours’. These colours were directly based on the Chicago Bulls playing kits. Iconic shoes, in three iconic colourways.

Tinker Hatfield – overseer of Nike’s ‘innovation kitchen’ – took over the design of the Jordans from version III through to XV. Whilst the IIIs weren’t one of my favourites, they definitely served as his warm-up act for what came next.

Here’s the ‘Greatest Air Jordans Of Past and Present Time’ (GAJOPPT).

“Its signature design details were the mesh netting on the side panels and tongue, and the unique lacing support system with the shoe’s iconic ‘wings’. The Air Jordan IV also introduced the ‘Flight’ concept to the Air Jordan line.” — jordan.com/collection.

These shoes were so popular that LA Gear ripped them off two years later, releasing the LA Gear MVP shoe — no-one was fooled, lawsuits were issued.

“Tinker Hatfield took inspiration from Jordan’s biting style and, likening it to an American WWII fighter plane, he designed the Air Jordan V with shark–tooth shapes in the midsole. Paired with a clear outsole, the shoe imbued a ferocity reminiscent of its relentless muse.” — jordan.com/collection.

I originally came across these at high school, the older-cool-and-popular-kid rocked up in the white variants – an absolute stonker of a shoe.

“The design of the Air Jordan VI silhouette was famously inspired by MJ’s German sportscar. Its very essence conveyed speed and class, laden with touches like a neoprene sleeve, a translucent rubber sole and visible air. As if to validate these design decisions, the AJ VI could be found on the feet of several of pop culture’s iconic figures during its debut year.” — jordan.com/collection.

The black variants were a pure game changer, head turner and style disruptor. The awe and wonder these shoes created was the same as when the Stealth Bomber was revealed back in 1989, a vision of technology and progressive design. Mind-blowing.

My love affair with AJs stopped after the VIs – I don’t think they ever hit the same heights again*. But if you ask my boy, he'll tell you something different.

*After a quick re-evaluation with Seth—we decided that the XXXII and the XXXIII (2017—2019) were pretty sweet for a modern sneaker. (Sorry Tinker).

You can learn more about the full (I—XXXV) Nike Air Jordan collection at jordan.com/collection and choose your own GUPT.