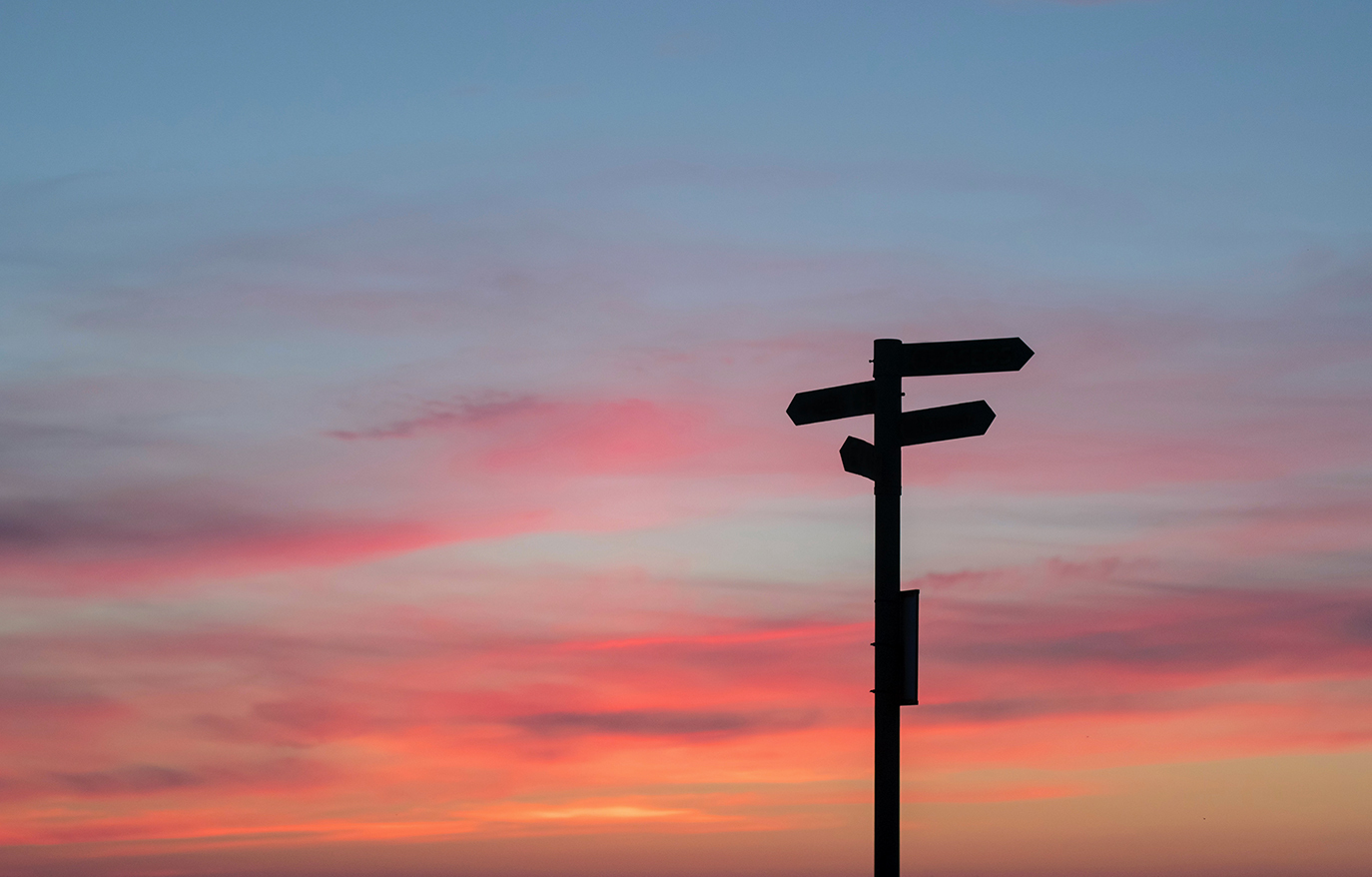 The road less travelled by Australians is the expedition into ourselves as a Nation. A journey through Gippsland that can touch your soul.

Before the arrival of white settlers, the five clans of the Kurnai Nation followed the rhythms and natural laws of Country.

Incursions into lands along the Gippsland coast by sealers and sailors seeking fresh water, food and women occurred for centuries before the major cultural
clash with the British. In fact, sections of the Gippsland coast were mapped by the Portuguese as early as the 1500s. The major clashes between the two cultures took place from 1839 onwards and were grim, fierce and generally one-sided.

The journey that offers the most to any traveller will be the one that touches their soul.

1—We can’t wait to GET OUT and GET ON with our lives.

Our masked new normal. Group hugs, smiles and tears. Yes, even getting back to work is feeling good, holidays and bucket lists: unspoiled, must-see landmarks and secret-coastline destinations. Gippsland has it all. Just 'round the corner from Melbourne.

Our recent captivity at the mercy of a whimsical, shape-shifting, microscopic bug has been gruelling. Deprived of freedom, unable to meet with family, unable to do our own personal ‘thing’, unable to visit our special places to recharge and reconnect with what’s important to us.

2—How about a road trip?

One where the internal journey is as important as the distances travelled, more relevant than landmarks ticked off lists, more risk-taking than threatening than anything you’ve done?

Many of us take very safe journeys. We only see part of the picture: beautiful scenery, comfortable rooms, delicious meals, and Gippsland has all this to offer and more. But it’s as if Australia’s GPS settings have frozen on AVOID. Avoid anything that isn’t selfie-poseable, brimming with grins and the clinking of glasses.

The road less travelled by Australians is the expedition into ourselves as a Nation. The journey that offers the most to any traveller will be the one that touches their soul.

3—Any such trip needs guidance.

A little treasure, if you can find it, is Steps in Time: A Gippsland Chronology to 1899 by Linda Barraclough and Debra Squires. Bookshop shelves are beginning to fill with works by First Nations authors, which will give you dark, often very funny and illuminating insights into life as a blackfella in white Australia.

The most logical place to begin is taking the Monash and Princes Freeways from Melbourne toward Warragul.

Carolyn Landon and Daryl Tonkin’s book, Jackson’s Track - Memoir of a Dreamtime Place (1999), revealed the story of Daryl’s love for Euphemia Mullett, an Aboriginal woman, their life together, their family, the sawmill and the property which provided work, homes and a community for many Aboriginal families during the 1940s, 50s and 60s.

Daryl’s recollections reveal the social and political attitudes underpinning the eventual forced removal of families to the nearby town. Their timber and bark houses were bulldozed to prevent them from returning to the bush settlement.

Little evidence remains of the community that once lived on Jackson’s Track, although Drouin now has a sizeable Aboriginal population and most of them are connected in some way to the ‘Track’.

Continue the journey along Highway 1 to shed light on the issue nagging at the core of our nation’s consciousness: the long-term impact of white settlement on the Indigenous population of Australia.

Further east, 135 kms from Melbourne just off Princes Freeway, over thirty historic buildings await inspection, all set with original artefacts and memorabilia from appropriate eras. Perhaps the pearl in the collection is the pioneer Bushy Park homestead of
Angus McMillan.

While not the first settler to make it across the Great Dividing Range into Gippsland, McMillan was the first, with the help of Aboriginal guides and several parties of men, to blaze a trail through to the coast and a potential deep seaport at Port Albert. He was long revered as the founder of Gippsland.

Pronounced by the Kurnai and many respected scholars to be nothing more than a murdering, self-serving, ambitious squatter, others see him as a man of his times who opened up new land and ensured the safety and prosperity of white settlers.

Damning statistics, such as those which estimate the population of Kurnai between 2000–3000 when the Highland inhabitants first arrived, to a population of only 96 left to be counted for a census sixteen years later, speak for themselves.

Inside the Bushy Park homestead at Old Gippstown, McMillan’s own writing set features, and the dining room presents a picture of pioneer piety and propriety; it is a thin veneer of civilisation when the larger picture of McMillan’s influence in Gippsland is revealed.

Sale is a jumping-off point for the Bataluk Cultural Trail, which extends from Sale in the west to Cape Conran in the east. It focuses on elements of Koorie history and culture including Dreamtime stories, traditional lifestyles, significant landmarks, the Krowathunkooloong Keeping Place in Bairnsdale, archaeological sites, and present-day existence.

Perhaps the most alluring aspect of the Bataluk Cultural Trail is the stunning and diverse landscape that surrounds you as you delve into the stories and cultural significance of each place.

Oral history tells us that a group of men including McMillan, known as the ‘Highland Brigade’, ruthlessly eradicated Aboriginal opposition to the settlement. Names within the region, some still used, attest to the brutality of the settlers’ retaliations: Butchers Creek, Boney Point, Slaughterhouse Gully and Skull Creek.

While McMillan’s grave can be found at Sale Cemetery, countless Aboriginal people were left unnamed, unmarked in bogs, beneath sand dunes, and in creek beds and lakes.

Continuing eastward along the Princes Highway. Several long bridges straddling flood plains are a highlight along this stretch of central Gippsland.

The Knob Reserve, part of the Bataluk Cultural Trail, is a small but significant site which is owned by the Gunaikurnai people and jointly managed by Gunaikurnai Land and Waters Aboriginal Corporation (GLaWAC) and the Victorian Government. Spanning around 58 hectares and located on the Avon River (or Dooyeedang), it is a traditional gathering place that has been used by the five Gunaikurnai clan groups for thousands of years.

Between 1846 and 1847, the Gippsland Lakes and nearby rugged areas were the focus of three major expeditions involving police, native police and privately funded search parties, all seeking a white woman supposedly lost and captured by local Aborigines – ‘a slave of lust and barbarous violence’.

The media beat-up on this issue was initiated by none other than Angus McMillan himself, who sat at that very desk-set still found at Moe, writing to major newspapers in 1840, claiming he’d seen a white woman looking backwards as she was herded away by Aborigines. McMillan wanted to bring attention to the plights of the pioneer settlement around Port Albert.

A fearful hysterical outcry in the years that followed gathered momentum.

Aboriginal tribes were harassed and abused as a result, with Aboriginal people dying during this absurd and hubristic search for the non-existent 'white woman of Gippsland'.

The government of 1863 worked very hard to find an out-of-the-way, difficult-to-get-to place to create The Lake Tyers Mission. The arm of land juts into a lake area and is indeed special.

It was established when the Central Board for the Protection of Aborigines approved the allocation of 2,000 acres to provide a missionary base in eastern Victoria.

Positive contributions of the two Gippsland missions (the other being Ramahyuck) were that Reverend Bulmer and Reverend Hagenauer allowed the collection of language, with words now being introduced into local schools. The other is that the missions, as horrific as the concept is today, probably did prevent genocide from occurring.

A journey along this route around (600–700 kms) could also take many other amazing places. Do a short trip. Do many trips. Camp. Sleep under the stars. Walk or cycle the trails. It is a glorious, glorious country and there is no better time to walk upon it and learn its stories.

It's debated that there were between 300,000 to one million Aboriginal people living on the Australian continent before European migration. The Aboriginal population is estimated to have comprised some 700 different cultural groups, speaking 250 languages.

Captain Cook lands in Botany Bay, home of the Eora people, and claims possession of the east coast of Australia for Britain under the doctrine of 'terra nullius'
– meaning that the British declare the land ‘uninhabited’ and can claim ownership.

Aboriginal people begin to be moved onto mission stations where they can be taught European beliefs and used as cheap labour. A policy of absorption of the Aboriginal population is adopted whereby it is hoped that the reproduction of Aboriginal peoples can be controlled.

Colonisation of the Gippsland region begins.

The Victorian Board for the Protection of Aborigines is established. The Governor can order the removal of any child to a reformatory or industrial school.

Federation of Australia. The Constitution denies citizenship, franchise and the right to military duty to Aboriginal peoples, Asians and Africans. Aboriginal people are not included in any census nor regarded as citizens.

Under the Aborigines Act, Aboriginal people can apply to ‘cease being Aboriginal’ and have access to the same rights as ‘whites’.

‘Assimilation’ is adopted as the national policy. In practice, assimilation policies lead to the destruction of Aboriginal identity and culture, justification of dispossession and the removal of Aboriginal children.

Simultaneously, segregationist practices continue until the 1960s with separate sections in theatres and hospitals, hotels refusing drinks and schools that can refuse enrollment.

Aboriginal people are given the right to enrol and vote at federal elections provided they are entitled to enrol for state elections or have served in the Defence Force.

Federal Council for Aboriginal Advancement is formed and the National Aboriginal Day of Observance Committee (NAIDOC) is formed.

The Commonwealth Electoral Act is amended to give franchise (the vote) to all Aboriginal people.

The Aboriginal flag is flown for the first time.

Aboriginal people are counted in the Census for the first time.

Aboriginal Tent Embassy in Canberra is set up as a focus on the land rights movement on Australia Day.

A policy of self-determination for Aboriginal peoples is adopted by Federal Government, replacing earlier policies of protectionism and assimilation. Now Aboriginal peoples have the right to cultural and linguistic maintenance and management of natural resources on Aboriginal land.

Tens of thousands of people march through the streets of Sydney during national bicentennial celebrations on Australia Day, January 26, to celebrate Indigenous survival.

High Court decision on Native Title (‘Mabo’ decision) overturns the concept of terra nullius and establishes that native title can exist over particular kinds of land.

Racial Hatred Act 1995 is passed with the aim of ensuring that people of all backgrounds can live free from racial vilification, intimidation and harassment.

At the official opening of Parliament, the Ngunnawal People perform a Welcome to Country ceremony for the first time in the National Parliament.

The Commonwealth Government formally apologises to the Aboriginal and Torres Strait Islander Peoples and particularly to the stolen generations for the laws and policies of successive parliaments and governments that have inflicted profound grief, suffering and loss on them.