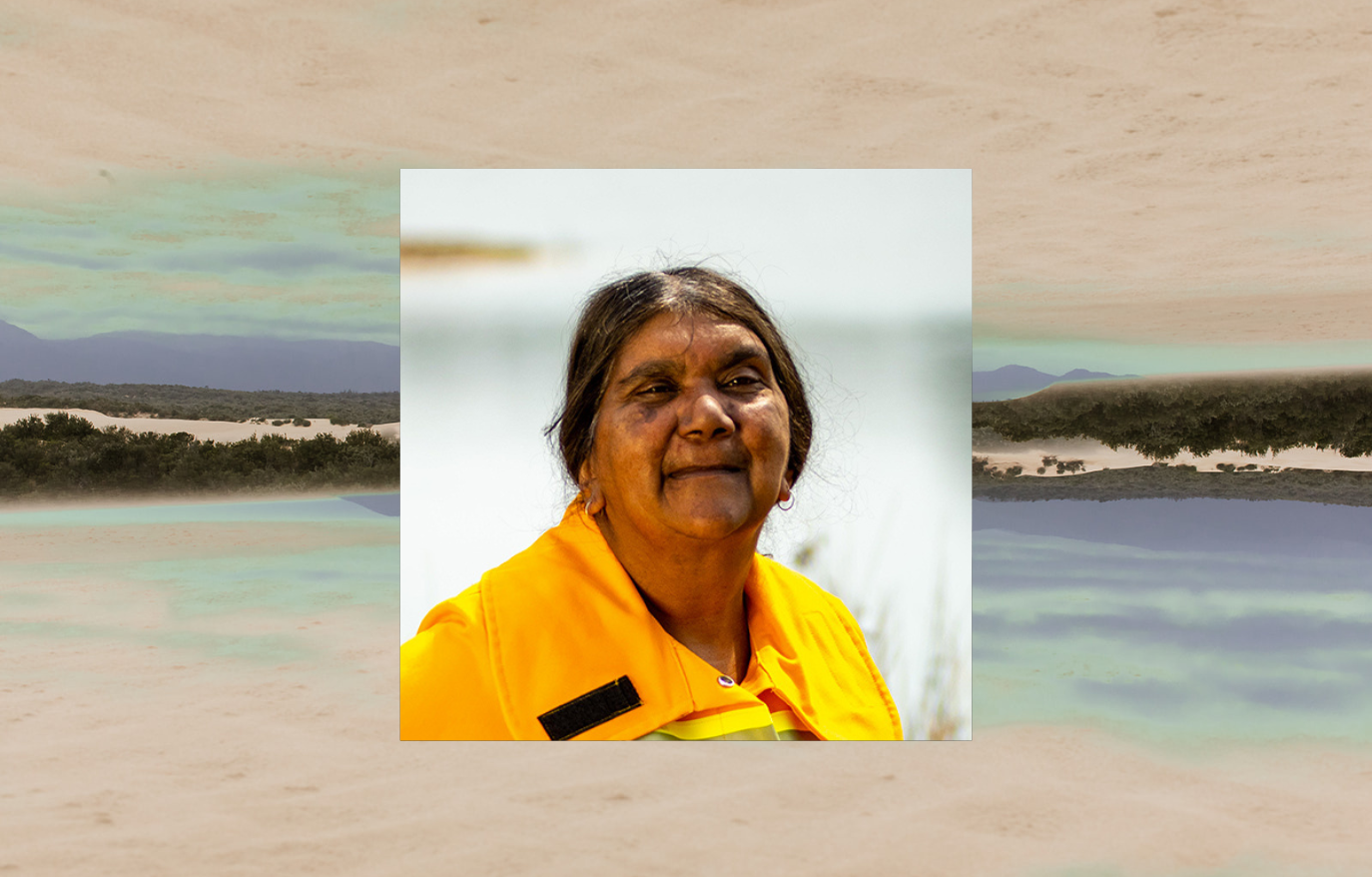 Charmaine Sellings keeps a close eye on inky clouds thundering around the horizon.

“Just one crack of lightning on a stormy day could be disastrous,” she says looking across to the parched forest surrounding her community’s 5000-hectare home.

Although just a stone’s throw from the glorious Ninety Mile Beach, Charmaine won’t be hitting the surf in summer; instead she will be on call around the clock with the Country Fire Brigade she leads, keeping watch over this sacred land.

“We hope for a quiet summer but we always fear the worst,” she says.

Charmaine founded Australia’s first all-Indigenous, all-female fire brigade, a highly-skilled bunch of mothers and grandmothers, a trailblazing team who are the backbone of the remote Lake Tyers Aboriginal Trust.

“Every now and then a fella comes along but they don’t seem to last too long, I don’t think they like taking orders from me!” quips the 52-year-old grandmother of three.

With only one access road in and out of the isolated peninsula, hemmed in by thick bush on one side and a vast lake system on the other, the station’s 200 residents who are among some of the most vulnerable in Australia, rely on these women to keep them safe.

“We are the lifeline if anything goes wrong and people are very grateful for what we do,” Charmaine says. “There was a sense of helplessness before we came along but we feel empowered that we can look after ourselves now whatever the situation. The community are proud of us, they value us.”

“This brigade has given me a sense of purpose in life and I want the younger ones to feel that too...”

The Lake Tyers Aboriginal Trust CFA, as they are officially known, was born almost two decades ago after a spate of deliberately lit fires threatened the tiny township.

Knowing the nearest fire crew was a potentially disastrous 45-minute-drive away, Charmaine and her friends Rhonda Thorpe and Marjorie Mobourne took matters into their own hands, asking the CFA to train them up to protect the culturally significant land. They walked the streets of the settlement knocking on doors signing up volunteers. Eight women made up the inaugural brigade.

“There’s ‘scatters’ (clusters of artefacts) all through this bush,” says the proud Kurnai woman pointing to scarred trees: towering eucalypts with visible wounds from where bark was stripped from the trees hundreds of years ago to make canoes, shields or infant carriers.

She also tells of middens where tribes gathered to eat and various other sacred sites such as a women’s water hole and the Burnt Bridge Reserve, a ‘bush pantry’ of indigenous food and medicinal plants.

This rich landscape is Gunaikurnai country, an area home to dozens of culturally significant sites that tell the story of the troubled history of the local Aboriginal community.

In 1863, after decades of conflict between white settlers and the Kurnai people, the Church of England commandeered the picturesque peninsula and established a colony known as the Lake Tyers Aboriginal Mission.

Aboriginal people from all over Victoria were forcibly removed from their homelands and brought to the mission. One of these Stolen Children was Charmaine’s great-grandfather, who was taken from his family home near Healesville.

“He never understood why he was taken, no-one ever told him, he was only a little boy, ripped away from his family,” she says.

Bitter conflict ensued at the mission until 1971 when the Victorian Government handed the title deeds back to the community: the first successful Aboriginal land rights claim inAustralian history.

While women have been actively involved in fire services in Australia for more than a century, it’s still rare to find all-women crews, let alone an all-Indigenous crew.

The Lake Tyers women are so unusual they caught the attention of Hollywood TV host Ellen DeGeneres, who sent a producer out to meet with them and hear their stories.

Today there’s a core team of four women, with the odd one or two popping in and out when they can.

“Every now and then a husband might join because he feels like he’s missing out on something, but otherwise it’s always been the women running it.”

“When we first set up the brigade the men called us the Banana Women because of our bright yellow outfits,” she laughs. “We had a giggle about it because they were a bit jealous of us, but the name stuck and that’s what we call ourselves today.”

When the women founded the brigade, none would’ve predicted that they’d be piloting complex fire trucks, wielding chainsaws, clearing bush tracks and fighting some of Victoria’s worst bushfires. They’ve been called out to fires, road accidents and emergencies all over Victoria.

“Road accidents are always hard, terrible, you never get used to the things you see in those situations, but you do develop great resilience.”

Now, they are actively trying to recruit the next generation to learn the ways of the land and care for the sacred country around Lake Tyers.

“The first time I picked up a chainsaw I was terrified,” Charmaine says. “Now, I love it. I can grab the chainsaw and clear a scene or a track in no time at all.”

There’s an obvious sense of friendship, camaraderie and independence among the women and Charmaine says the brigade has taught them how to work together, in their own community and the wider community too.

“We’ve met so many people and developed leadership skills, new ways of communicating with one another and we’ve learnt how to deal with stressful and difficult situations,” she says.

“It’s serious business, but we have a laugh too and we’ve built lifelong friendships.”

In addition to running the Lake Tyers brigade, Charmaine also travels around Victoria educating other brigades about how to recognise culturally significant sites when they are on patrol and she is passionate about sharing the ‘blackfellas’ ways of traditional land and fire management.

“We need to work together in the ways we deal with fire and the threat of fire. Traditional blackfella ways are very effective. We need to share all our knowledge of managing the bush, white man’s ways and black man’s ways, we have a lot to learn from one another. We need to use both.”

The brigade has taken delivery of a new state-of-the-art tanker to help their strike team better navigate the difficult bush terrain and carry additional water and hoses if needed.

Wrapped in a unique traditional artwork titled Working Together, which was created by Charmaine’s daughter Lorraine and artist Emma Bamblett, the vehicle also serves a much bigger purpose.

With its striking red, blue and purple exterior, the brigade and the CFA hope it will promote a sense of inclusion and pride, and help communicate the story of the Lake Tyers CFA wherever it travels.

And they hope it will inspire the next generation to join them.

“This brigade has given me a sense of purpose in life and I want the younger ones to feel that too,” Charmaine says.

Almost as predictable as the arrival of every summer fire season is Charmaine’s annual threat to retire: being on call night and day takes its toll. Still, despite her threats, she can’t imagine hanging up her bright yellow overalls yet.

“I keep saying I’m going to retire, but I never get around to it,” she laughs, “I can’t imagine not doing it. This is our lives, it is part of who we are. It’s part of me now, they’ll bury me in my yellows!”