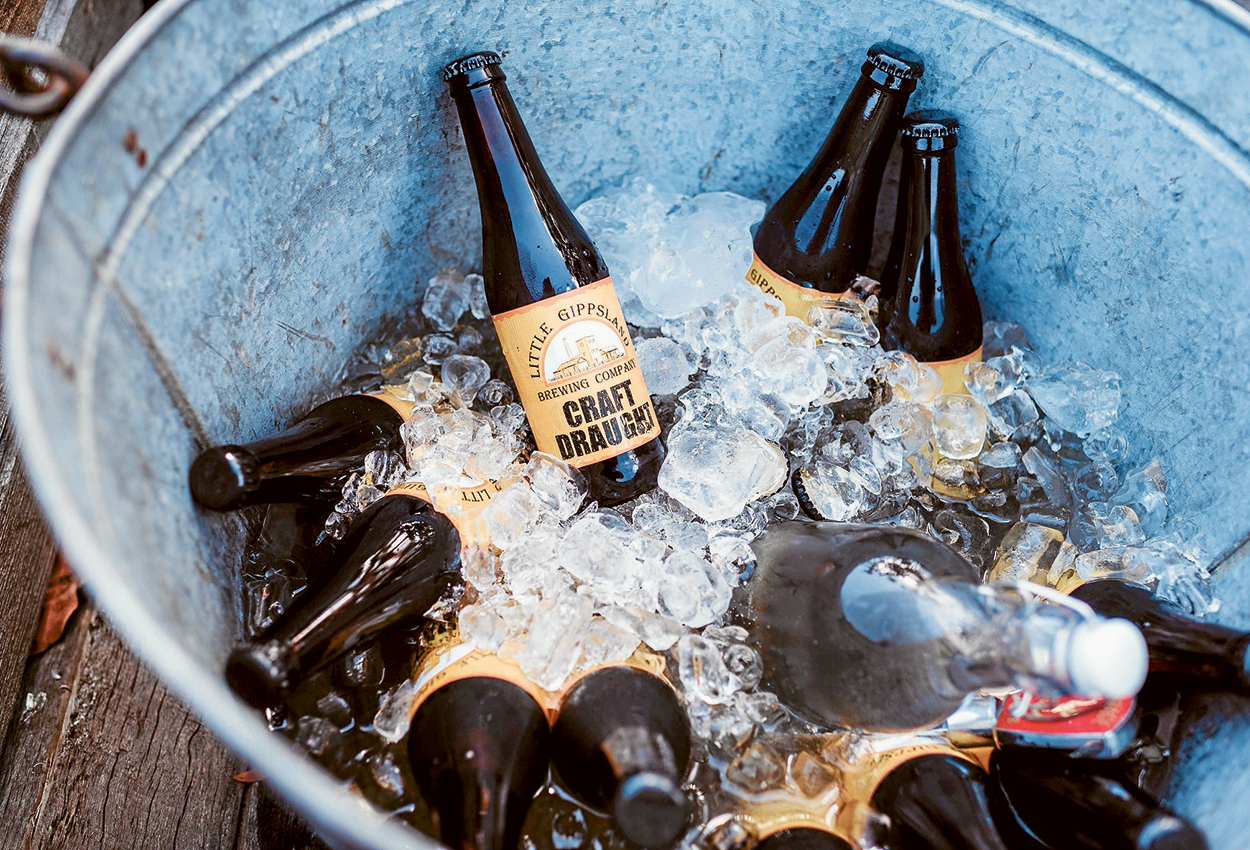 A change is brewing across Gippsland; one welcoming a top quality beer that gives back to our community.

After a long day, heading to the fridge, favourite sporting club or the local pub to grab your favourite froth is an urge that many of us can relate to. But what if the refreshing brew you had in front of you was doing more than solely satisfying your thirst? A change is brewing across Gippsland; one that has us welcoming a top quality beer (and a beer best shared) that gives back to our community.

Founder, Dylan Berends speaks to us about the powerful initiative driving the Little Gippsland Brewing Co. Meet the bottles of booze that were born from an Australian love of beer, that then became a brew that represents our corner of the country, and that can support our local community for every pot or pint that’s enjoyed.

Can you please describe what Little Gippsland Brewing Co. is all about? We hear you've got lofty aims that benefit the community? Who is involved in the project?

There’s three of us: myself, Aaron Falzon and Rhys Brown. Rhys and I have known each other for years through playing music; Aaron and I went to school together. Both of those guys are serious beer-brewing enthusiasts.

What was the catalyst for the idea?

It was a combination of a few events to be honest. We all had family or friends that were affected by the milk crisis or Hazelwood Power Station and Carter Holt Harvey Woodproducts shutting down. It seemed like every time we looked at the news there were announcements of more jobs to be lost. I’d also recently done some fundraising for a local soccer team and was learning how hard it was to get sponsorship!

So we started to think, “What’s an item that sells itself that could raise money for the community?” The one thing we found all sports clubs had in common was a bar, so the answer was easy — beer! With Aaron and Rhys both being beer connoisseurs we put together a team to start building a “community-focused” beer company.

We call it the “Community Beer Project”. The idea is that you can drink a beer commercially brewed by local guys and know that you’re raising money for your own club, charity or community group.

This idea will struggle if you don't have a solid beer for the punters. How have you developed the beers?

We went through some pretty extensive market research. Loyal drinkers will stick to their favourite brews and buy them every week, while some craft beer drinkers will rotate from new beer to new beer, so we knew we had an uphill battle.

The “Craft Draught” is our craft take on a traditional draught beer. Rhys and Aaron developed the recipe with the help of industry consultants. The recipe is pure science, and was whittled down from 153 other recipes to this delicious drop!

We’ve incorporated elements from Gippsland into both our beer and our logo. You can see the tower as recognition of the Hazelwood Power Station and the farmhouse as a nod to the recent milk crisis. After looking at the popular beers purchased locally, we wanted to do something that everyone would like and recognise as Gippsland. Most of all, we wanted to craft this beer for the people, not simply be “this is our home brew.”

For the real beer aficionados, can you please describe your two drops? And for the uninitiated, explain what the units 'IBU' mean?

IBU or the International Bitter Unit, is the standard used by brewers to indicate the level of bitterness in a beer. It’s a form of measurement, yes, but it’s also a great little guidebook. If you like the taste of one particular beer you could check its IBU and try another one with a similar IBU – each time expanding your knowledge of which bevvies you enjoy best!

This golden coloured beer exhibits a slight fruity hop aroma, low bitterness and a subtle malt sweetness. Dry, with a minimal body that carries a light caramel undertone often associated with Australian ales. We stuck to a recipe we knew all Gippslandian’s would like, but gave it a nice twist to appease the adventurous! We think it shows that a great beer, like the area, can stand the test of time, despite any changes.

What is your long-term goal for Little Gippsland Brewing Co.? What do you hope to achieve?

Ultimately, we aim to create a local product that does well for our local community. We like the business model, and if we succeed here we would like to roll it out in other locations. For now, we just want to focus on Gippsland and do what we can to help the area!

Has it been a difficult process to progress from an idea to beers being drunk by the good people of Gippsland?

It’s been a long process, but a fun process! Weekend meetings, constant adjustments of the recipe and branding until we found something we were happy with. There have been a few hoops to jump through to get this company off the ground, but we’re happy that we stuck with it!

Would you have some advice to our readers that may also wish to launch their own project?

We’ve learnt that there’s all the encouragement in the world for people who want to start these sorts of projects in our region.

Gippsland is full of great and creative people, and we’re seeing that everyday. I think the best advice is to not discount your own skills. There was no set of skills that inspired us think of these ideas (behind Little Gippsland Brewing Co.), we just worked hard at the concept and believed in the idea and what it can hopefully achieve.

Who are you looking to support, and what's the best way for them to get into contact with you?

We look forward to hearing from you.