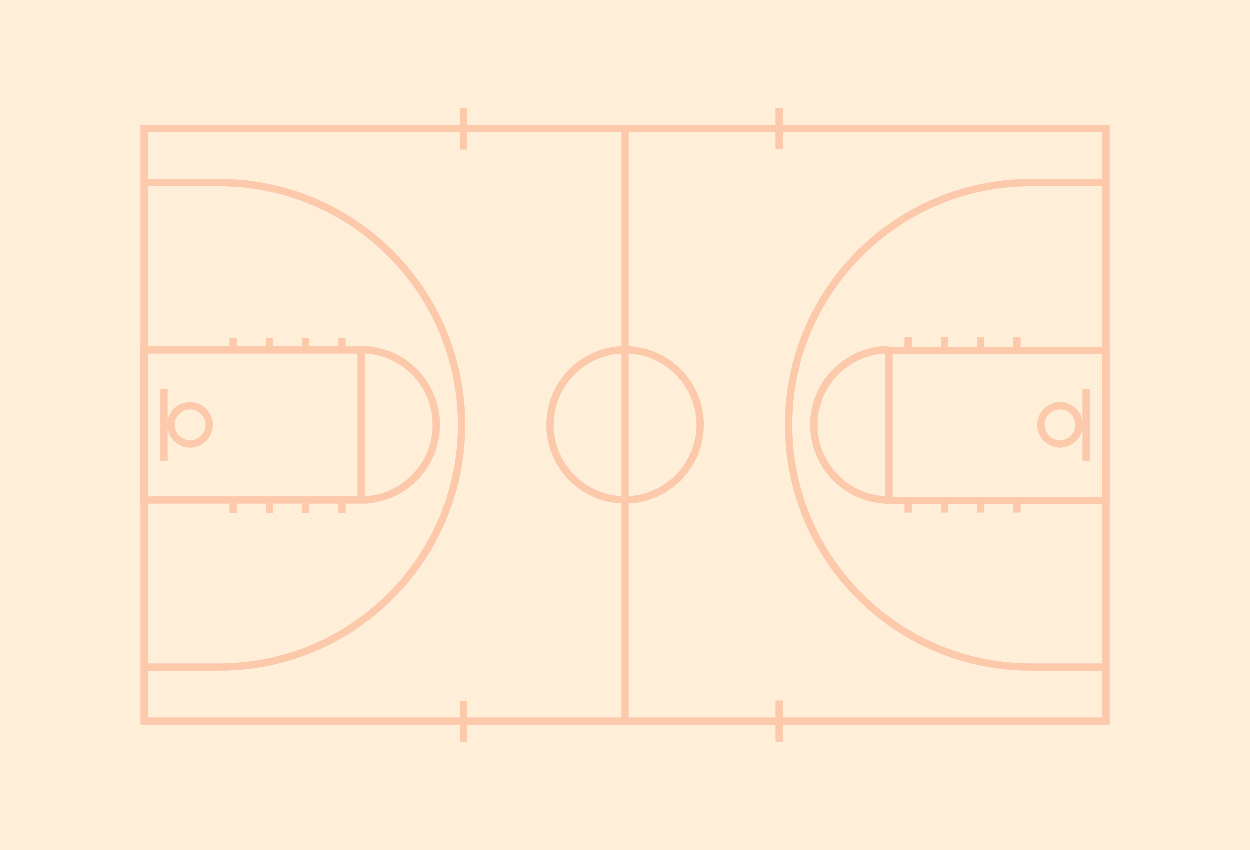 From personal milestones to team breakthroughs, for Dean Vickerman it’s about looking for the small things during the journey.

Even though I had the joy of watching the New York Knicks at the Garden when ‘Linsanity’ was taking the world by storm in 2011–12, it doesn’t top a recent experience that went down on a more local court.
—

As I watched my 6-year-old, Ryder, score his first basket then triumphantly pump his fists in the air, just before a sense of uncertainty over what he’d just achieved spread across his face, I knew I’d just witnessed one of my all-time favourite sporting moments.
But in the professional sporting world, not all milestones are as massive as that. To keep their squads motivated, different teams partake in various celebrations for accomplishments that are occuring at varying scales – say, a player’s personal milestone to the team winning the whole shebang.

The following gent would be well within his rights to have actually trademarked his own celebratory routine already.
Once you begin speaking with championship-winning Melbourne United coach, Dean Vickerman, you realise just how important recognising celebrations are to him, and it may be one of the more inspiring ways I’ve heard anyone talk about winning.

For Dean, it’s about celebrating the process and all that comes with it. From personal milestones to team breakthroughs, it’s about looking for the small things during the journey and recognising them. It’s these small celebrations that cultivates a strong, positive culture, which eventually makes winning championships possible.

The Vickerman name is synonymous with basketball in Warragul, where his parents Pam and John still reside, and where they’ve played a significant role in the lives of many young basketballers.

Dean had an impressive playing career himself, and similar to WNBL player Hannah Kaser (Gippslandia #12), Dean attributes much of his success to the hard work, passion and dedication of his junior coaches — all of whom he can name, right back to his under-12 teams.

As a player, Dean had a stint with the Melbourne Tigers. In his first year with the NBL club, he signed a contract for $5000 and a pair of shoes. It may seem odd, but it was at that point he realised he could make a life from basketball and that it was a dream worth chasing.

It was Brett Brown, his under-20s coach at the Tigers, who ignited Dean’s passion for coaching (it’s funny how good coaches can do that.

Revisit Gippslandia #8 for my story on Harmit Singh). “Brett was a real ‘players’ coach’. He would work the skills to a different level, constantly finding different ways [to improve our skills]. One day, he made us train in gardening gloves, which when we took them off, really improved our ball handling”.

We’re not sure if Brett, now the Head Coach of the Philadelphia 76ers in the NBA, is employing the same tactics with the Australian 76ers superstar, Ben Simmons, but it’s an amusing thought.

Staying positive and chasing the dream isn’t always a linear path, as Dean explains, “There were many hard times. In ‘98, I landed my first NBL assistant [coaching] role with the Melbourne Giants, but then they folded. I ended up landing a job with the Rockhampton Rockets and just took the opportunity up there, before moving back to Melbourne and joining the Melbourne Tigers, as a volunteer at the time.”

It’s clear that for Dean, the dream was worth the sacrifice. He’d take whatever opportunity came his way, which led to roles in Sydney under Andrew Gaze, then in Wellington, before heading to coach the Melbourne University team, all with a singular goal — to better himself. As a previous interviewee sports podcaster Mark Howard shared in Gippslandia #11, “When an opportunity presents itself, say yes and figure the rest out later”.

An extra dose of courage saw Dean take a leap of faith, becoming involved in the launch of the Singapore Slingers franchise, about which he remarks, “When you’re faced with a fork in the road, take the path you haven’t been down”. Following his run at the Slingers, Dean landed himself a coaching role with the New Zealand Breakers. It’s with the Breakers, as an assistant and then as head coach, that Dean would spend the next very fruitful nine years as the club chalked up four NBL Grand Final wins.

The New Zealand side was coming off three championship wins when Dean took over as head coach. They won their first game of the season before going on to lose four in a row. Such a brutal stretch forces a coach to ask hard questions of themselves.

“I told myself I was failing. I asked if I was good enough? Am I ready?” Vickerman recalls.

“It’s through the hard times that you learn what’s important, I learned to be clear on whose feedback was important to me and to block out that which wasn’t, I learned to take care of myself physically, staying fit helps to remove the weight off your shoulders. I had a mentor from another sport that was great to bounce off and I built networks with coaches like Craig Bellamy — the correlations are similar regardless of the sport”.

After a losing record in 2013–14, Dean led the Breakers back to championship glory in 2014–15 and their fifth NBL Grand Final series in six years in 2015–16, but unfortunately, it was the Perth Wildcats that prevailed in the three-game series that year.

In 2016, Dean was named an assistant coach of the Sydney Kings, and joined former Melbourne Tigers royalty Lanard Copeland, and Andrew Gaze, who was appointed head coach. The following year, Dean returned to his home state and became the head coach of Melbourne United.

When asked if he has a guiding principle to his coaching, Dean explains that there is one thing that gets him through the tougher days and it harks back his time with Andrej Lemanis, who was the head coach with the New Zealand Breakers before Dean took on the role. “Andrej put a sign on all of our desks, it was everywhere to see and it simply read ‘Did we get better today?’. When I get up in the morning I decide what I want to achieve and get better at today.

How can I make my players better players, better people and more connected to each other?”

With a mindset like this, it’s no wonder that in his first season with Melbourne United, Dean took them to a Grand Final series win and was named the 2018 Victorian Coach of the Year.

But this man from Warragul isn’t done yet — having now coached against four NBA sides and coached at Los Angeles’ famous Staples Center, he’s set his sights on one day coaching the Australian side to Olympic glory (maybe he’ll bump into #2 star, Aislin Jones, there).

With his sister Malia living in Buln Buln, Dean loves to get back and see his family whenever he can. “Our kids just love my sister’s land, we love the scenery, it’s such a great escape for us”. As a product of Warragul’s St Paul’s Anglican Grammar School, he’s very much hoping to be able to get back for his upcoming 30-year high school reunion and see some old friends.

Dean’s now in his dream job, coaching a championship-winning franchise in his beloved city of Melbourne. He’s worked tirelessly, taken every opportunity, and travelled far and wide to learn as many kernels of coaching wisdom that he can. All coaches strive to elevate their team to become more than the sum of their talents, but Dean is one of the few has consistently succeeded in this goal, and now it’s delivering more wins for the United fans.

For a man with a personal philosophy that celebrates the smaller steps that pave the way along your bigger journey, we’re sure Dean’s career has many joyous milestones left in it, and we’ve got a hunch that they’ll hopefully include a World Championship and Olympic medal or two.

As I close my column for this issue, the third birthday edition of Gippslandia, I can’t help but feel a little contemplative. Listening to Dean share his story draws parallels as to why we began this publication in the first place; we decided that our region could be viewed differently and be celebrated. Taking this approach often requires far more work, a series of many small victories, but the rewards make it all worthwhile.