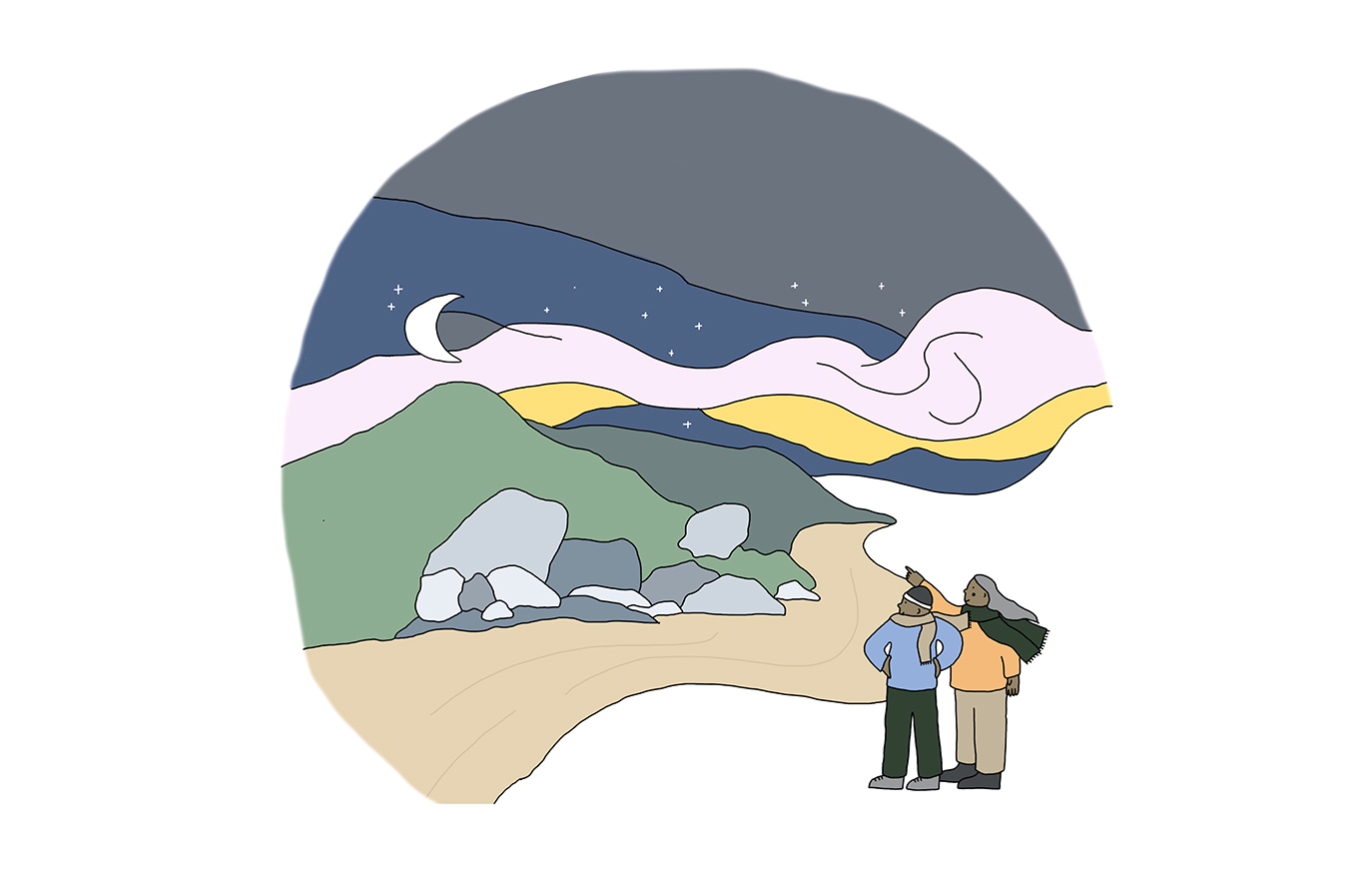 Cultures throughout history have developed close connections to the night sky, whether it is through philosophical, spiritual or scientific perspectives. First Australians, along with many cultures globally, inextricably encompass all three perspectives.

Ngarinyin Elder (Kimberly region of Western Australia) David Mowaljarlai has said that, “Everything is written twice – on the ground and in the sky”.

Recent research from the University of Melbourne and Monash University has discussed the effect of light pollution on the night sky and how this is impacting First Nations storytelling and lore.

A Kurnai story below includes the celestial emu that is at risk of eradication from view due to light pollution. The formation of the emu is described in the 2020 paper Whitening the Sky: light pollution as a form of cultural genocide as, “one of the most widespread Aboriginal asterisms across Australia. It is not made up of the bright stars, but rather of the dark dust lanes in the Milky Way… The visibility and position of the emu in the sky throughout the year inform Aboriginal people about the behaviour of the bird, the changing seasons, navigational pathways, and social practices”.

A reminder that maybe we shouldn’t take Gippsland’s dark skies for granted.

The Southern Cross and the Moon

Narran was a mighty warrior and a fearless hunter.

One day, however, although he [had] travelled a long way, he could find no game at all.

At last, he saw an emu on the other side of a wide creek, but the water was deep and he could not cross it.

In looking for a way, he noticed further upstream a log lying across it. Narran thought he could cross over on it easily. A mischievous spirit, known as Brewin, one of those who go about in whirlwinds to injure people, was lurking nearby.

As Narran reached midstream Brewin turned the log and Narran fell off it and was drowned in the deep water.

Narran has gone to the sky where he is now the moon. The emu went to the sky and is now the Southern Cross. The moon still stalks through the sky but can never catch the emu.

All old Kurnai men and women know that there is a supernatural being in the sky, referring to Mungan’s fire, known as the Aurora Australis.

A long time ago, Mungan-ngaua lived on the Earth and taught the Kurnai tribe of that time to make implements, nets, canoes and weapons and taught the customs, language and laws.

Mungan-ngaua had a son Tundun who was married [to] a direct ancestor of the Kurnai and their Weintwin, meaning their father’s father.

Mungan-ngaua instituted the Jeraeil ceremony, which was conducted by Tundun, who made instruments bearing the names of himself and his wife.

To account for their fear of the Aurora, the Kurnai stated that at one time Mungan-ngaua instituted the rules for the initiation of the boys into manhood and put his son Tundun in charge of the Jeraeil ceremonies.

The young men were also given the[ir] name after the Jeraeil ceremonies were performed, which belonged to their maternal grandmother’s brother.

When the Kurnai reveal the secret of the Jeraeil ceremony to the women, Mungan-ngaua became angry and sent his fire, the Aurora Australis, which filled the whole space between earth and the sky. The men went mad with fear and speared each other, the fathers killing their children and their wives. The sea rushed over the land, nearly drowning all the people. Those people who survived became the Muk-Kurnai and Muk-Rukut, meaning women. Some turned into animals, birds, reptiles or fishes and Tundun and his wife became porpoises.

Mungan-ngaua went to the sky where he still remains. After a while, his anger subsided and he allowed the men to carry on the ceremonies, but they were not to tell the women the secrets of the Jeraeil ceremonies.

© Copyright on behalf of the Kurnai descendants by the Kurnai Nations Company.