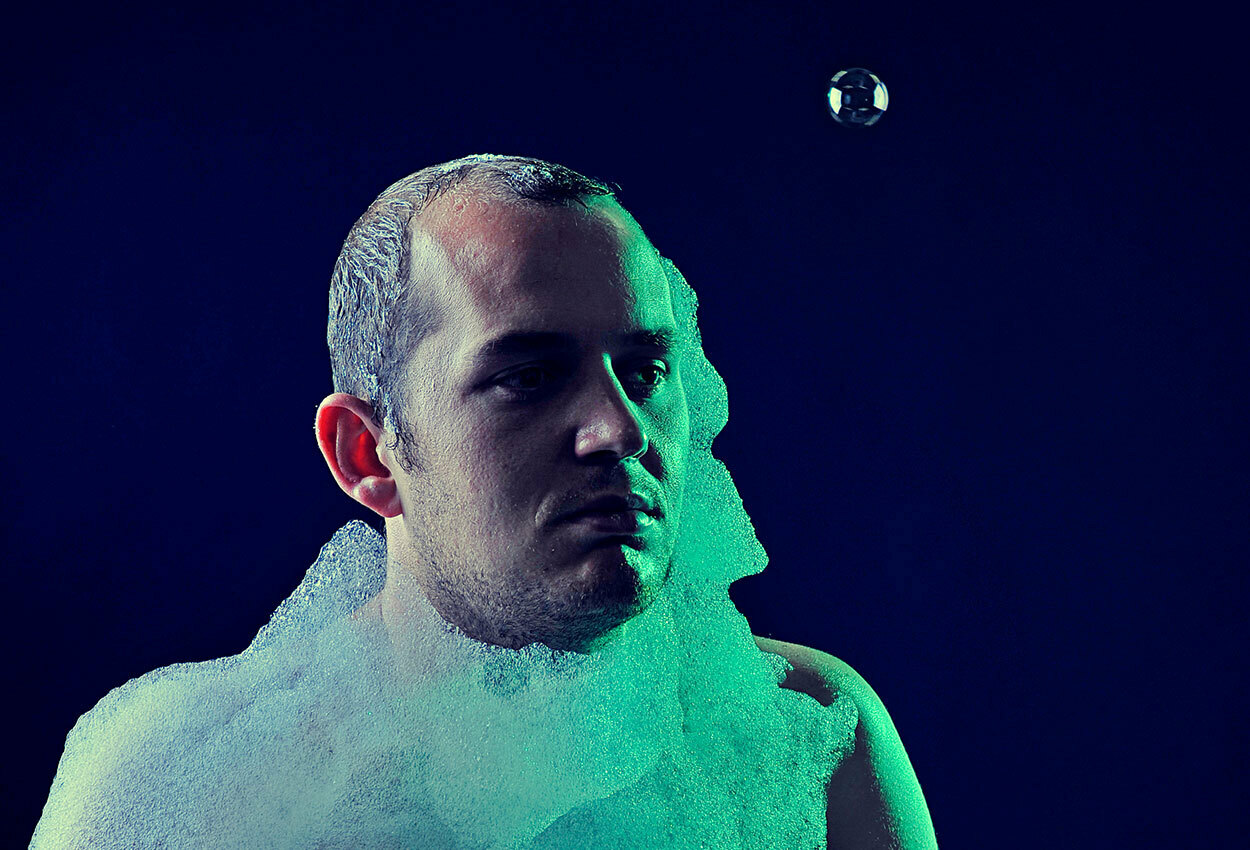 A changed climate. A changing region?

Climate change is not coming — it is here.

We need not imagine what a climate emergency feels like in Gippsland — we have already tasted it, literally, through the smoke-tainted air.

Australia’s recent fire emergency, presenting images of Gippsland ablaze to a local and international audience, placed our natural beauty and vast open spaces on the world map for all the wrong reasons. Effects from this climate-induced disaster will be felt on the region’s ecosystems, businesses’ hip pockets and locals’ mental and physical health for years to come. In developing amelioration strategies and suitable countermeasures to our changing climate, we must acknowledge and understand these consequences, while building on the regional strengths to promote a bright and healthy future for Gippsland.

East Gippsland’s forests extend from alpine areas to the coastal heathlands, and house some of the most intact temperate rainforests in the country. Over 80% of the Gippsland forested region is public land that provides unique habitat corridors for abundant wild-life. Species numbers exceed over 3000 plants, 500 terrestrial animals, plus hundreds of fish and invertebrates.

Many of these species remain threatened. The summer 2020 fires, which burnt over 1.5 million hectares of East Gippsland, impacted over 50% of the total known habitat for more than 170 species (DELWP, 2020). Sadly, a temperate rainforest is less well adapted to fire compared to other Australian ecosystems. Areas which have now burnt multiple times, such as Martins Creek, may never fully recover. And while rains washing through East Gippsland in late January 2020 brought welcome relief to the fires and cleansed the filthy air, rivers, such as the

Tambo and Nicholson, turned to chocolate after as they became drains for debris, ash and topsoil. The resulting fish and eel kills were widely reported, and the effects on water quality may have primed Lake King for an algal bloom event in the near future.

Much of Gippsland relies on revenue from summer tourism, as people flock to the beaches, lakes and glorious state and national parks. The transit townships, including Yarragon and Stratford, also benefit from the annual migration east, as people stop off to refuel their vehicles and relax their bodies. The DJPR (Department of Jobs, Precincts and Regions) reports that this season has sustained a combined estimated loss of $105–110 million (approx. 30% of annual tourism expenditure) for East Gippsland and $170–180 million (approx. 18% of annual tourism expenditure) for Gippsland as a whole. Even popular areas such as Phillip Island and the Prom, far away from the fire zone, were impacted by reduced visitation as ‘Gippsland’ burnt. These effects are not insignificant, given that the region supports over 650 tour-ism businesses and employs more than 4000 people — over 20% of Gippsland’s workforce (Tourism Research Australia, 2019).

Perhaps surprisingly, fewer than 1000 stock animals died or were later euthanised from fire exposure (Agriculture Victoria, 2020). Lower than expected losses reflect the extent to which farmers had already de-stocked following three years of relentless drought. What’s more, little feed was left for remaining stock after the fires and associated period of intense heat, leading to semi-trailer fodder convoys rumbling down the Princess High-way, thanks to kind donations from the broader community. Finally, gentle February rains have rapidly brought a very welcome green hue back to the scorched pastures.

Air quality in Traralgon exceeded safe levels for seven days in January. The highest PM2.5 levels were in excess of 200 for three of those days, according to the EPA real-time air quality index. Long-term impacts on humans of prolonged exposure to high levels of PM2.5 have been studied in response to the Hazel-wood mine fire of 2014. Poor air quality is known to cause significant impacts on respiratory and cardiovascular systems, including the impaired respiratory function of the very young, while causing or exacerbating poor mental health for some community members (Hazelwood Health Study, 2019 report).

Trauma is also a well-known response to fire. A six-year study into the mental health impacts of the Black Saturday fires found that over one-quarter of the 1000 people studied suffered long-term mental health problems, with those in the worst affected areas demonstrating the greatest impact (Beyond Bushfires, 2016).

The Bureau of Meteorology, DELWP and the CSIRO have joined forces to deliver scaled-up regional climate projections, which provided hauntingly accurate predictions of the summer bushfire season (Victorian Climate Projection, 2019). They have detected a shift in Victoria’s climate since 1990, leading to an average temperature increase of 2.4°C, double the number of very hot days, and longer fire seasons with up to 60% more very high fire danger days by 2050.
The autumn break will continue to creep later, with more warm-season rain occurring as heavy downpours, but decreased snowfall and rise in sea level by around 24cm. Climate change is not coming — it is here.

How we move forward requires us to look for opportunities. As old models are broken, it enables new ways of seeing — and doing — to come to the fore. The global response to the bushfires was overwhelming, not only for people who were displaced, or because of the support for firefighters, but also for the environmental impact, as donations poured in to wildlife shelters and industrious volunteers made nesting boxes for all creatures great and small to replace their tree hollow homes.

Nature is bringing back life to East Gipps-land and communities are uniting around images of shoots sprouting from the blackened trunks and animals slowly moving back into their habitat. As nature rebuilds, so does the community — physically and emotionally. Through this connection to nature comes renewal for all.

For tourists, negative perceptions may quickly fade, especially when countered through effective promotional campaigns. Gippsland offers a diverse, unique and accessible tourism product, where a market of some four million potential visitors reside within a half-day drive, encouraging people to travel locally.

Changing climate offers our region new opportunities to show visitors living and real-time adaptations to climate effects, while continuing to build the core Gippsland product, including globally-known destinations of Gippsland Lakes, Phillip Island and Wilsons Promontory, and increasing food and wine experiences. Campaigns may be envisaged like ‘talk to a local’, where new tourism trails expose visitors to fire-ravaged areas (where deemed safe for travel) as ‘once in a lifetime’ opportunities, complemented by nearby townships to stay, eat and relax.

There is also a desire in the broader community to assist in fire-impacted regions in rebuilding, such as through the #emptyesky campaign.

How we regrow our food bowl, in view of a changing climate, also presents opportunities. The resurgence feeding the land to feed the people is getting greater traction through regenerative agricultural practices. Multi-species cropping encourages deeper root growth, and nourishes the organic matter in the soil improves both the quality of meat and vegetables grown on that land. It also increases the water holding capacity, requiring fewer artificial fertilisers and balanced soil biota, decreasing pest infestations. This, in turn, leads to fewer emissions and indeed sequestration of greenhouse gases into the soils. We can also achieve this by revegetating our cleared lands and incorporating agroforestry into pastures, through multi-storey farming methods. We have also seen a growth in collective marketing and distribution, improving transportation networks, access to markets and trust in ‘Brand Gippsland’. Our changing climate may even be of benefit to some of the fertile soils of our more southern areas, which can take advantage of warmer and drier conditions.

Gippslandians have always been innovators. Although the Latrobe Valley continues to supply the base-load power to much of Victo-ria, the fires have highlighted that decentralising the grid, particularly during times of crisis, has strong benefits. Expanding the energy mix to include what is most appropriate for each region — solar, wind, waste-to-energy projects — will all be part of the transition we will see over the next 20 years.

The best news here is that adapting to and mitigating the changed climatic conditions will result in a better way of Gippsland living — for both human and non-human species. It is clear that we all need to undertake risk evaluations to understand that the cost of inaction is now beginning to outweigh that of action. A vibrant economy that is less polluting and engenders respect for and the integration of nature within our lives through a more considered utilisation and re-use of our resources will benefit all Gippslandians.