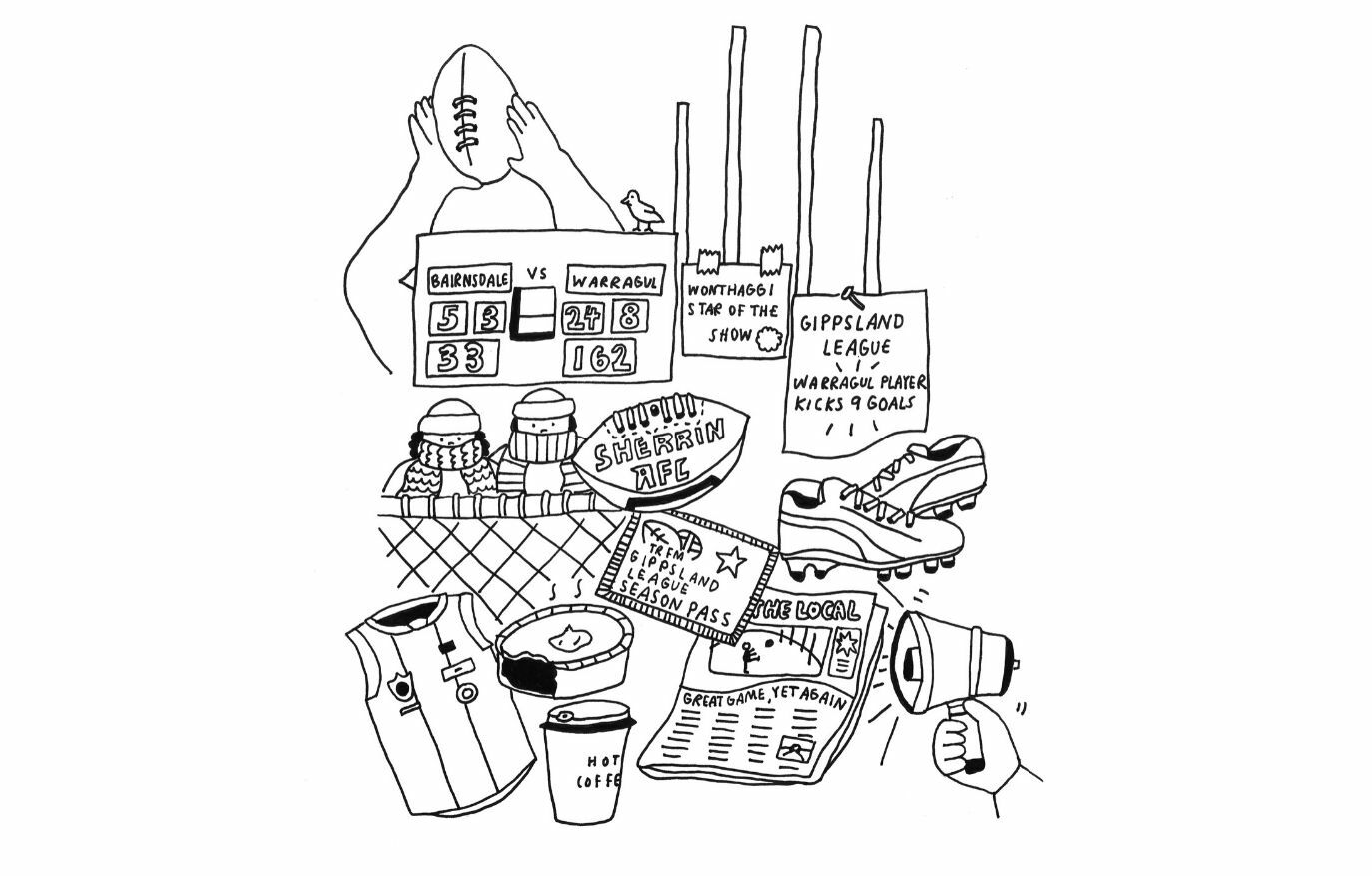 Writing about the game.

Ordinarily, this page, or indeed any page toward the end of any local newspaper throughout winter, would be filled with stories detailing what has or what is about to happen in Gippsland football.

Like Jack Dyer’s legendary VFL/AFL commentary, in which listeners were never exactly sure which team was winning or losing, the idioms attached to local sports writing mean that it is virtually impossible for there to be any ‘bad team’ — despite what the ladder says.

The team that is in the midst of an 11-game losing streak and just lost by 135 points, “put in another disappointing performance”, and you can bet that said team “will be eager to make up for last week’s effort” in its next outing.

Conversely, the team that is miles in front is “looking ominous”, whilst those in the middle, that generally finish the regular season with as many wins as losses, go through cycles of “getting back on the winners’ list”.

Those looking for a narrative on their team may be continually disappointed when they read a local sporting review, as what is written is generally an extended version of the quarter-by-quarter scores.

“Sale started the opening term strongly, kicking four goals to one to take a comfortable lead into quarter time.”

That line has been used a few times. You could cut ‘Sale’ and insert any other team that starts a game well.

This isn’t done on purpose — it is simply because, at a rural level, the personnel are not available to provide minute detail on everything that happens during a day at the footy.

And frankly, no one really cares what the weather was like or how cold it was. It’s a game of football played in winter, of course it’s going to be cold.

Players who think they warrant a mention need to remember that there are only three ways to do so: get in the ‘best on ground’ list, kick some goals, or do something spectacular that is relayed back in time to the person writing the story.

If you get four kicks for the day, but provided ‘plenty of voice’, then you aren’t getting a mention. Sorry, but you only had four kicks.

Goal kickers can be tricky, as often they get more credit than perhaps they deserve.

The person writing the story doesn’t know this, and if the player has kicked three goals it might be the most of anyone in the team, so “Smith was productive up forward with three goals”.

An interesting account on something similar happened a few years ago when a Warragul player in a Gippsland League game kicked nine goals for the match. Normally, that many goals by an individual would suggest a dominant performance. However, the player kicked all of his goals in the first and final quarters. After kicking five in the first quarter, the player was well held for the next two before adding another four in the last when the game was well and truly over.

Despite this, it went down in the books as nine goals, and to the uninitiated, nine goals means the player was “the star of the show”.

One could draw parallels to a century-maker in cricket. The scorebook will never say how many times they were dropped or given ‘not out’, a ton will always be described as “a great innings”.

With more than one game to cover, the author must also be cautious of superfluous repetition, so they become something of a live thesaurus as phrases are typed onto a page.

‘Quarter’ is another word that cannot be overused, so ‘term’, ‘stanza’ or ‘the next 20 minutes’ are inserted.

Careful consideration also has to be given to make sure common football clichés are not used.

Saying that a team ‘came to play’ is just stating the obvious, as even if the game is one-sided, the teams literally ‘came to play’, unless, of course, they didn’t pack their boots, jumpers and socks and the umpire walked out without the ball — then no one came to play.

Buzzwords can generally disguise a football story enough to make it sound like someone was actually there watching.

If the game is high scoring then the match must be “highlighted by good offensive transition”, or if it is a blowout then the victors “played the game on its terms with a strong brand of attacking football”.

‘Modus operandi’ is a favourite noun that is normally used just because it sounds impressive, mostly because it is Latin.

Team nicknames can also be a useful way of adding colour to a story, such as “the Saints marched to victory”, or “the Swans’ wings were clipped”.

Sportswriters previewing or reviewing matches essentially regurgitate the same thing in a different order depending on who played or who is scheduled to play whom.

There is a degree of obsessively developed muscle memory in sport, when you consider the fact that people perform repetitive tasks for months and years on end to achieve automation.

The same applies to the people who write about it.