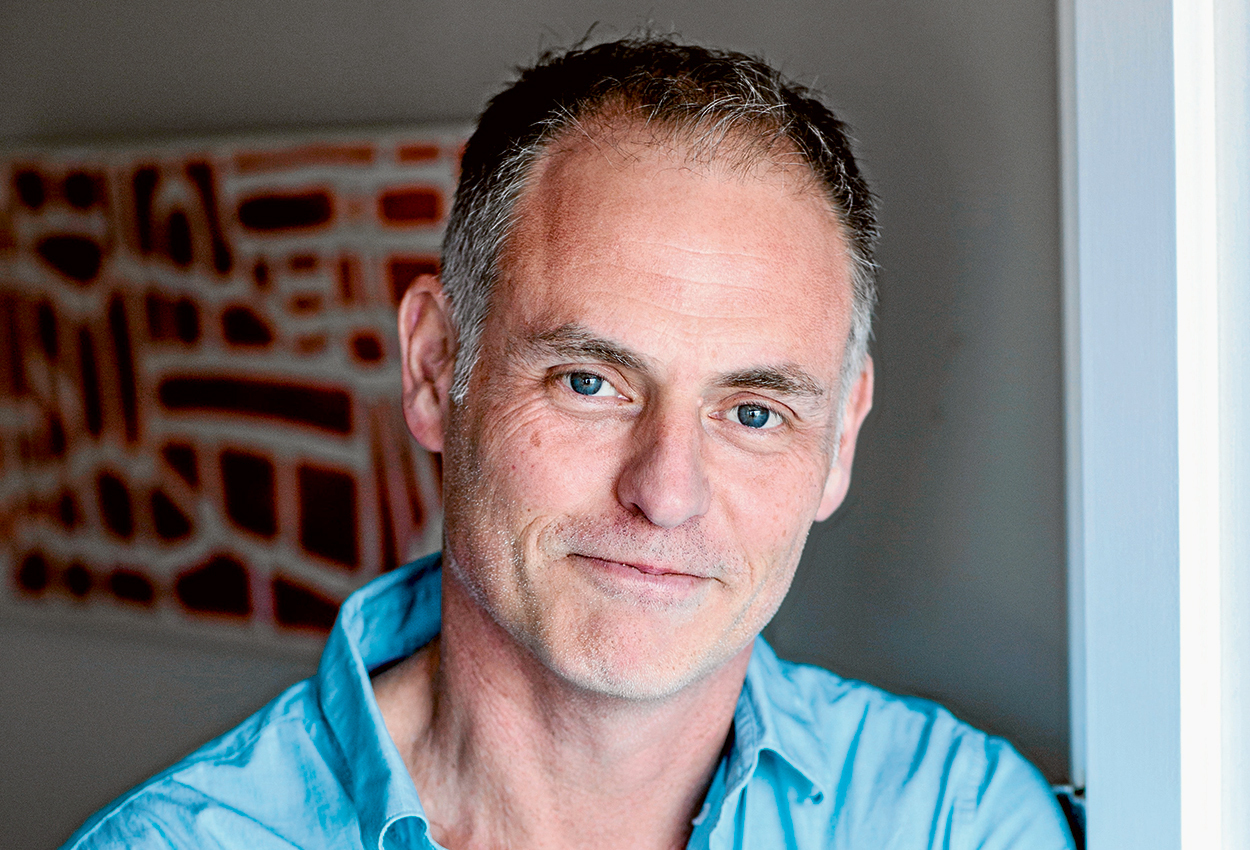 "...Writing one form doesn't usually inspire other writing for me. It's reading, talking and living." - Paul Mitchell.

“It has taken me about fifteen years to work out which ideas – or mindsets – suit which kind of writing. And it would take me a book to explain that, at least how it works for me. But writing one form doesn’t usually inspire other writing for me. It’s reading, talking and living that does that.” —

For writer Paul Mitchell, no preparation is required for his work. Growing up in Korumburra during his primary school years – “the green hills are forever in my consciousness” – the successful author is praised by critics for his terse and observant writing, which is highlighted in his debut novel We.Are.Family.

With a novel that explores such deep and panoramic characters, it’s hard to believe Paul doesn’t prepare much before beginning his work. During his interview with Gippslandia, the author describes his character writing as drawing inspiration from his own family and families he has seen plagued by violence at their cores.

Paul takes us back to a personal memory of his World War II-veteran grandfather drunkenly looming over him in his Portland lounge room as a child. The vivid encounter of being told by his grandfather to ‘write a story about a boat he could see through the window while being tossed around in a storm’ was one of the catalysts for the young Paul Mitchell to pursue writing.

“For me, it was all about writing characters and setting them loose to live.”

This is kind of a perfectly imperfect method to bring out the undaunted and rigorous portrayal of Australian masculinity, mental illness and domestic violence that resonates with many Australians and their upbringings.

“Obviously it explores gender and family violence issues, but my motivation was to show the depth in characters who many people might think, if they met them in real life, are shallow.”

We.Are.Family, which debuted last year, stirs uncomfortably with the reader as it explores a dysfunctional family ruptured by a legacy of violence handed down from each generation, told almost entirely by the male members. For Paul, this was the aim of the novel.

“I just hoped readers would see something of themselves – or their families – in the characters and their situations. And that has been, overwhelmingly, the feedback I have received. The book has helped people empathise with people they know, or to whom they are related, who don’t behave the way they wish they would.”

Paul's métier is writing in its many mediums, not confining himself purely to novel writing – he has previously released several poetry works and dramatic monologues, which has received impressive awards

“It has taken me about fifteen years to work out which ideas – or mindsets – suit which kind of writing. And it would take me a book to explain that, at least how it works for me. But writing one form doesn’t usually inspire other writing for me.”

poetry nationally and overseas, Paul should be one to boast, but his modest nature is almost surprising.

“I wrote a novel soon after that (Dodging the Bull) and Tim Winton’s agent Jenny Darling and Associates signed me up. They shopped it around but couldn’t sell it. They said it was due to the global financial crisis, but I think it just wasn’t very good.”

Aside from Paul’s obvious modest nature about his writing; he isn’t shy about naming his inspirations and works which has invigorated his passion for novel writing. Works such as Jennifer Egan’s A Visit from the Goon Squad and Elizabeth Strout’s Olive Kitteridge influenced Paul’s style of linking together stories to become more like novels than a collection of discrete stories. In terms of fiction, writers such as Cormac McCarthy, Tim Winton, Flannery O’Connor and Anson Cameron are mentioned as Paul’s favourites.

“The last work of fiction that really engaged me was George Saunders’ ‘Lincoln in the Bardo’, a metaphysical novel of loss, love and duty.”

To get those creative juices flowing, the author attempts to stay disciplined every day. While juggling sessional teaching work, he maintains writing as a living. This not only includes freelance writing for companies, government agencies, and law bodies on blogs and websites; but also, completing a PhD in Creative Writing. Impressively, Paul Mitchell is also drafting a new novel and “an idea for a TV series that I have been kicking around for a year.” Paul Mitchell stills dreams of writing with a full view of the rolling, magnificent Korumburra hills he so fondly remembers from his childhood.

“The environment in which I write, however, is so far from a view of the hills of Korumburra that it is painful to even speak about! But I am grateful to have a space that isn’t in the house. A lot of writers I know don’t have that.”

Supporting regional writers is also, in Paul’s opinion, paramount. It can be seen as a lean time for writer’s in the current climate – with arts funding shrinking on all sides, journalists continuously laid off, and book publishing in a state of seemingly incessant turbulence. The age of living by the pen seems to be almost brought to a close by the increasing covetous era of hard numbers and bottom lines.

Perhaps it’s a timely moment for Paul to reflect on how regional writers can make it in this new era, and how locals are “still thirsty” for literature and cultural activities.

“If we are talking about writers who live in regional areas then I think councils, businesses, etc., need to support them in every way they can.”

The emphasis on cultural activity in the region is the key to supporting regional writers, and Paul has experienced people travelling to see it. Events such as the Penola Arts Festival, which has grown in leaps and bounds to become one of the most flamboyant regional arts festivals in South Australia, has pleasantly surprised Paul with eager locals coming to listen to him talk about his book.

According to Paul, festivals that manage to cluster their sessions and social components closely are essential to promote regional writers.

“Mildura Writers Festival is great for that – sessions happen near or in Stefano de Pieri’s restaurants, the hotel or brewery, and you can always bump into people in the hotel lobby or at the bar for a chat.”

But it isn’t just about the festivals – it’s about having passionate supporters and investors behind them that will inspire others and bring them along for the ride. Paul insists on honing the keen interest in literature in regional areas that still exist.

Bringing it back to Gippsland, the author recently attended the La Trobe Writer’s Festival discussing the themes in We.Are.Family. ‘Masculinity, family violence and the joys and pitfalls of writing about family’ were the main conversations he shared with Gippslandians.

“They can expect to be engaged and find themselves talking about their own stories – whether it is what they are writing or living.”

As for what’s next, Paul has exciting plans and projects on the horizon. A new poetry collection, another novel (as mentioned before) and even a comedy. Mitchell will also be treating Gippslandians with his presence at the upcoming Coal Creek Literary Festival in October.What to expect from him? He leaves us with this cleverly modest, yet witty answer:

“They can expect me to be honest, charming, witty and funny. And to be desperately pleading with them to buy my book…but seriously, all of the above and more!”

Get yourself lost in more of Paul's prose at his website - paul-mitchell.com.au.