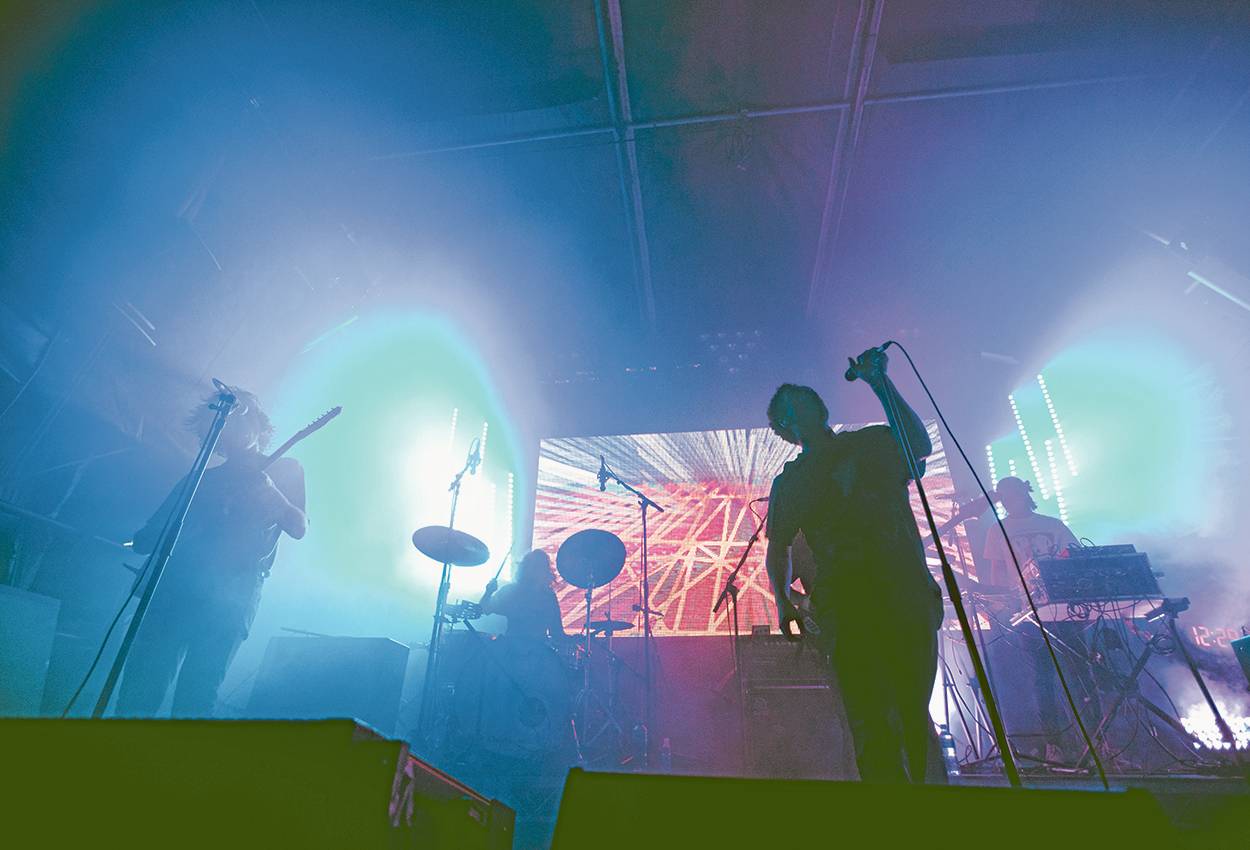 With the sound of music.

New Year's Eve in Gippsland - Get teleported to a stunning location to shake your booty to rad music.

New Year’s Eve On The Hill is back for their annual shindig on the stunningly picturesque hills of Loch, South Gippsland. This super fun three-day, boogie-filled escape is a fine way to enjoy some of Australia’s most talented acts, with this year’s bill featuring heavyweights Ball Park Music and Regurgitator.

Gippslandia spoke with Aidan McLaren, one of the enthusiastic gang that is coordinating this event, to gain some insight into the life of this festival and the current state of the music industry. —

Aidan began putting gigs on back in the late 90s as part of the Leongatha Freeza Committee. Back then, as a teenager, he was adamant in sharing his love for music with other youngsters that couldn't make it to the City, where the industry thrives. The committee brought bands like The Living End, Pre-Shrunk, The Brown Hornet, etc., to places like Leongatha, Mirboo North and Foster, as well as creating opportunities for lots of local bands. It’s still one of his proudest initiatives to date. Now, Aidan is the Head Programmer for The Hills Are Alive and NYE On The Hill festivals, joint owner of the UNIFIED Music Group, A&R (Artist & Repertoire Director) for THAA Records and Artist Manager for REMI, Timberwolf, Sensible J and Mike Waters. Phew — that’s a lot going on! Not to mention, the man’s a new father too. Aidan is surprisingly chilled when discussing his many hats in the music industry, “I'm really lucky to work with my brother, Rhett, and our incredible colleagues and staff who make each of these (projects) possible”. With the music festival industry booming, influence for Hills came from the likes of local showcases, including Meredith and Golden Plains. During his travels, Aidan was also heavily inspired by overseas festivals like Fuji Rock (Japan), Connect Festival (Scotland), Fusion Festival (Germany) and Bad Non Kilbi (Switzerland). Upon his return from living and playing music in Germany with Rhett, the duo hosted the first Hills event as a ‘welcome home’ party. “We had all these talented friends playing in bands in, and around, Melbourne. They had great followings but weren't being given the opportunity to play at any festivals, so we thought we'd create our own! The first one took about six months of planning and preparation to pull it off.” 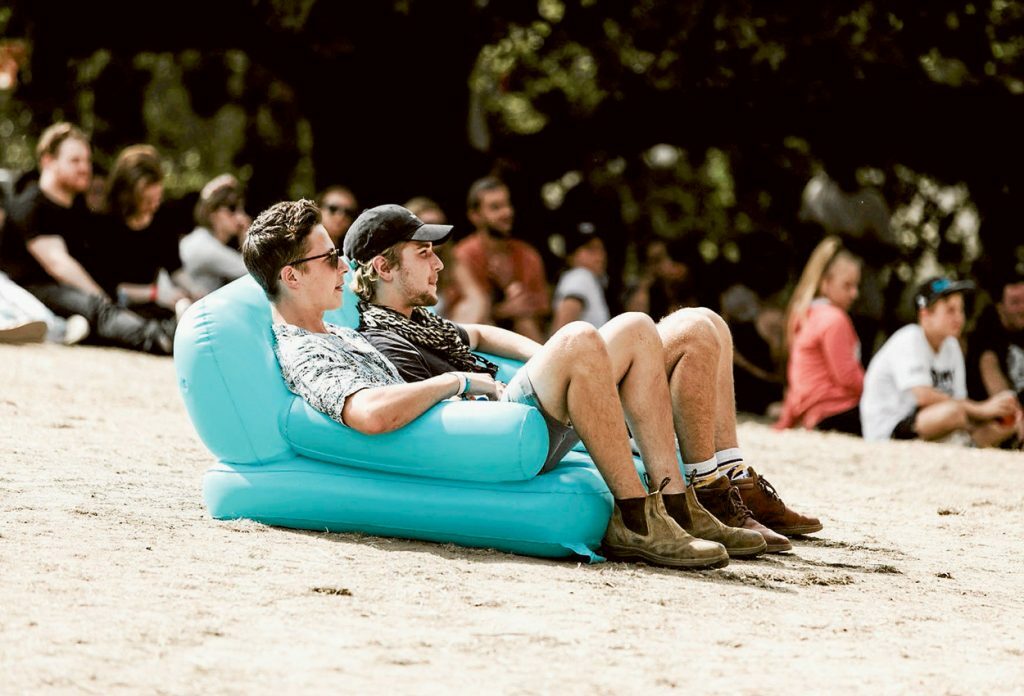 This edition of the Hills is fulfilling the vision Aidan had originally intended. Although it’s now at a larger scale than when it first kicked off, the Hills is a space where talented, emerging artists can share their music with music lovers, regardless of the genre. The audience is receptive and loves discovering new faces and sounds to treat their earbuds. To pull off a successful (and still growing) festival takes year-round planning. Like clockwork, as soon as one event finishes the Hills team immediately begin devising the next event. The line-up of talented artists takes the longest time to finalise; with the biggest challenge being occasionally running into exclusivity clauses with some of Australia’s other large festivals. This means that some key acts are blocked from playing any other events for up to two months either side of their principle headlining gig. On top of that, the team has to contend with the notoriously temperamental weather of Victoria. Powerful storms and extreme heat have produced some of the largest headaches the Hills team has had to juggle during an event. 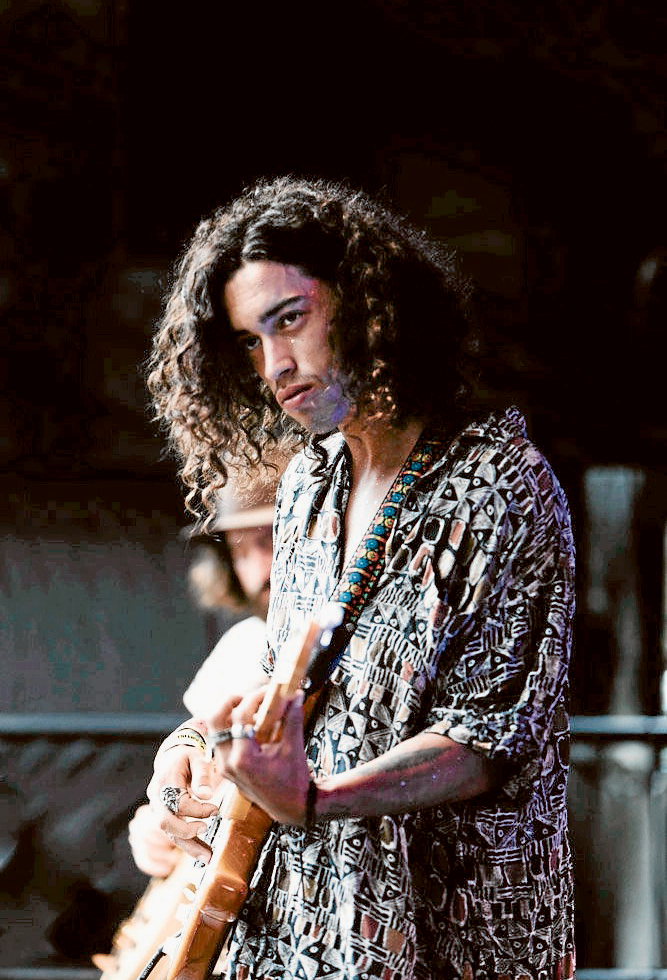 A phrase that often gets tossed around in the industry is that “the future of music is in live music”. Aidan agrees – live shows are a key part of experiencing music and bringing connectedness between performers and fans, “A music festival allows this to happen multiple times over the course of days and creates a sense of community, freedom and enjoyment that’s hard to find in other aspects of life”. The most rewarding moment for Aidan each year is the feeling he gets from hosting his personal, all-time favourite Australian artists on a hill where he used to round-up cows as a child. Gratefully, both the South Gippsland and Bass Coast Shires have been supportive in assisting the Hills events over the years. Having the support of the local council provides more room for Hills crew to do their part in improving the Gippsland music scene. Aidan hopes that avid music lovers in the region encourage family and friends to continue attending shows in the local area, as this is one of the best ways to support our area’s artists. For someone that’s never been to a Hills festival, we feel you need to imagine being teleported away for three days into an eclectic space, with loads of like-minded people that are eager to share a tale, laugh and some booty shaking to some of the best music in the country. The stunning location will sweep you off your feet too, as you share the breathtaking South Gippsland sunsets with these great folk. It’s an awesome place to enjoy some solid tunes, live. 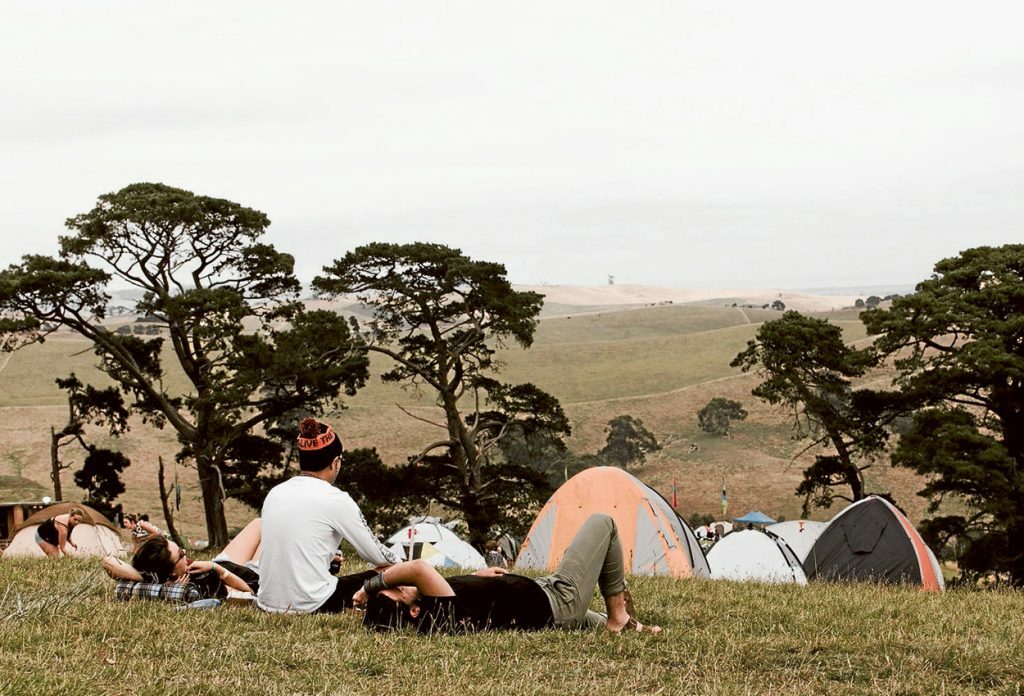 Whether you’re hoping to get amongst the fun festival culture or are a musician hoping to launch in the industry; volunteering is an amazing way to experience the Hills and potentially network too. After showcasing the ‘Hills’ for nearly ten years, Aidan knows that it’s in these spaces that opportunity lies for you to learn a lot and meet some incredible people – after all, it’s how he started out. If you’re in for another good boogie on the rolling hills of South Gippsland (we know you are!), it’s definitely worth attending the ‘once in a decade’ The Hills are Alive festival that’s happening March 24-26th, 2018, too. We’re hearing tickets will disappear very quickly from thehillsarealive.com.au, so make sure you don’t miss out! — Of course, you can’t wait until March for that #festivallife vibe – there’s New Year’s Eve just ‘round the corner after all. Get up to get down at Gippsland’s best NYE parties at NYE on the Hill and Beyond the Valley, which should both be on your ‘must-see’ list for a day, or four, of freakin’ fun times: NYE ON THE HILL “The Farm” (South Gippsland) 30th December — 1st January 3-day admission only nyeonthehill.com.au BEYOND THE VALLEY Lardner Park (West Gippsland) 28th December — 1st January 1, 2, 3 & 4 day admission options beyondthevalley.com.au