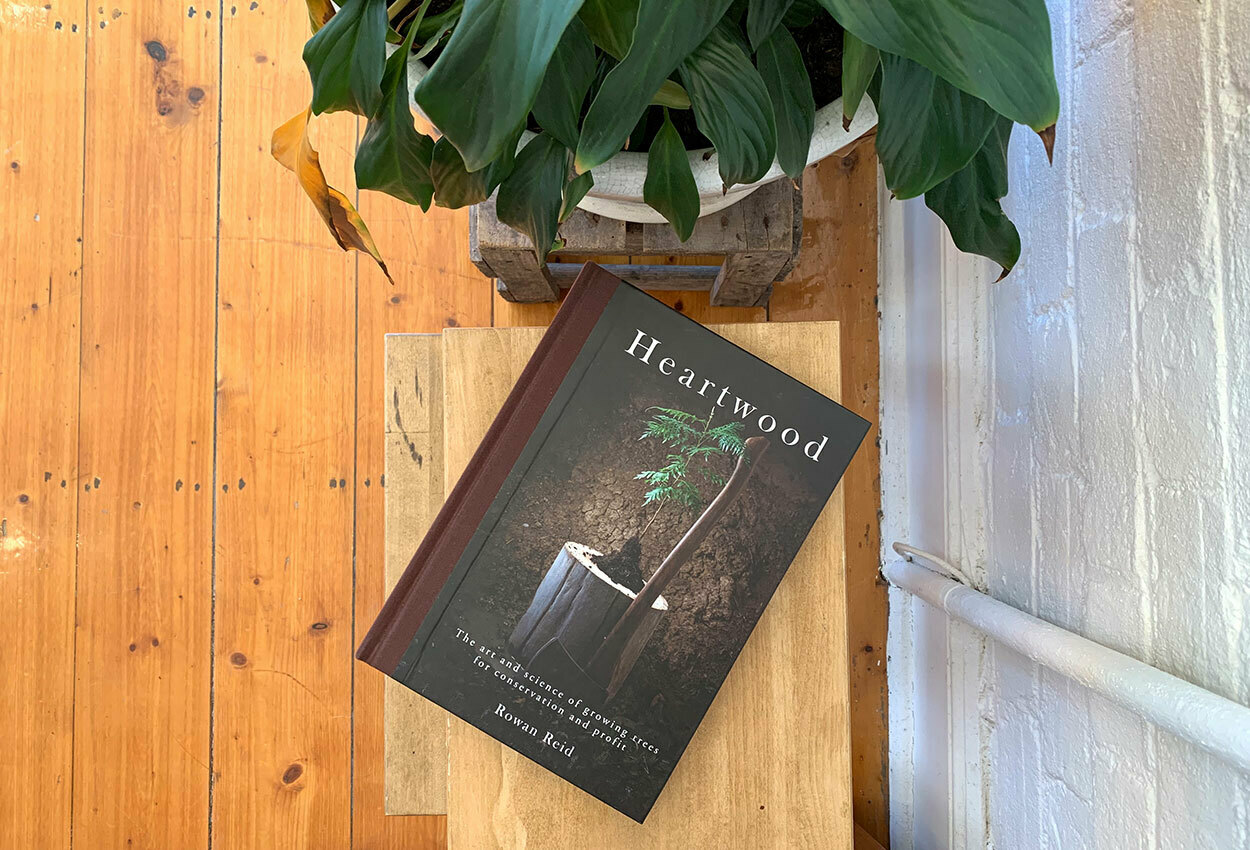 Andrea Kinsmith of the Reader's Emporium reviews two books on preserving our wild.

Holistic Management: A Commonsense Revolution to Restore Our Environment by Allan Savory

In 2003, Australia honoured Allan Savory with the Banksia International Award “for the person doing the most for the environment on a global scale”, but that’s not how his environmental story began.

Allan Savory grew up in Rhodesia (now Zimbabwe) and, as a research officer for a nature reserve, he loved the wilderness. He worked tirelessly to preserve plants and animals in what he believed to be their most beneficial and natural state.

Like most of us, he was taught and firmly believed that overstocking (i.e. more animals than the land can handle) and domestic animals destroyed native vegetation, bringing about desertification and erosion. Based on this prevailing worldview, he found himself recommending the slaughter of thousands of elephants. So serious was his claim that the government asked several independent scientists to further investigate before going ahead with such a horrific suggestion. After confirmation that overstocking must be the problem, 40,000 elephants were culled over several years.

In hindsight, Allan says this was “the saddest and greatest blunder of [his] life”. But the enormity of such a decision and the observation that the massive cull did not reverse the land degradation, but actually seemed to increase it, fed Allan’s determination to understand the situation better and search out another solution.

Allan Savory agrees that historically-practised grazing has been disastrous. But after observing desertification in America, where cattle hadn’t grazed for 60 years or more, he thought there must be another way to understand this phenomenon.

Influenced by the work of biochemist and farmer André Voisin, Allan tried a completely different approach — one that mimicked the great herds of the wild. Voisin’s experimentation showed that overgrazing’s destruction was not the result of too many animals in any given area, but rather the amount of time the plants were exposed to herded animals, and how soon those animals returned to the grazed area.

With this new understanding in mind, Allan began working on a new land management idea: planned rotational grazing, with bunched-up, herded livestock. Although the idea seemed counterintuitive, Allan saw both native and grazed environments restored, replenished streams, increased ground cover, increased biodiversity and the retention of more soil, organic matter and water. As awesome as this was, Allan also realised that grazing was merely a tool: the ultimate cause of desertification was how people made their decisions about utilising this tool. He subsequently developed ‘holistic management’, a decision-making framework that results in ecologically regenerative, economically viable and socially sound management.

The need to share this information led Allan to write The Savory Grazing Method or Holistic Resource Management. Allan’s systems-thinking approach for holistically managing resources is a fantastic guide for anyone in the role of stewardship, whether that’s to make better, more holistic decisions for business, community or your personal life, or as farmers, land managers, environmentalists and policymakers.

The third edition of Holistic Management updates Savory’s paradigm-changing vision and has reorganised chapters to make it easier for readers to understand the science behind how it works and the required management process. It also features all-new colour photographs to showcase before-and-after examples of land restored by livestock. Making it a valuable inclusion for your collection.

Heartwood: The Art and Science of Growing Trees for Conservation and Profit by Rowan Reid

Rowan Reid is a local Victorian forest scientist and farmer who thought it would be valuable to challenge our ideas about growing trees. Could trees be grown for both conservation and profit, rather than only one or the other?

Rowan’s love for the Australian bush was cemented when he was a teenager. He loved being among the bush, playing, working and observing the trees as they grew and changed over the years. As Rowan mentions in his book, the forests that he grew up with became part of his personal story.

Rowan first began to appreciate the value of managed forests while backpacking across Europe, but it was what he learnt about tree management in Kenya that helped him see a way forward for forestry back home. Research at Nairobi’s World Agroforestry Centre was exploring how planting trees on the smallest farms could serve the needs of the poorest farmers as food, fodder, firewood and fertiliser, while still taking care of the environment.

Now all Rowan needed was a farm back in Australia where farmers, students (including himself) and the public could, in an unbiased way, learn about trees and wood, as he had in Nairobi.

Years later, after acquiring a patch of family farm and planting lots of trees, running flocks of sheep and learning from hundreds of other farmers around Australia, Rowan is able to share with us his scientific findings for the benefits of growing, managing and harvesting a diverse range of trees. He learnt that you can indeed grow trees for both conservation, aesthetics, shelter, biodiversity improvement, pasture and impeding land degradation, while also growing them for harvesting and profit

He shares his findings and the many stories, modern and historical, that helped him come to these conclusions in his book, Heartwood. Heartwood is a well-presented, beautifully photographed book. With 15 chapters of information dedicated to the growing, managing and harvesting of 15 particular species, many of which are Australian.

This is a book that is inspiring, practical and highly relevant to our region.

You can purchase Holistic Management: A Commonsense Revolution to Restore Our Environment by Allan Savory and Heartwood: The Art and Science of Growing Trees for Conservation and Profit by Rowan Reid at the Reader’s Emporium, Traralgon.