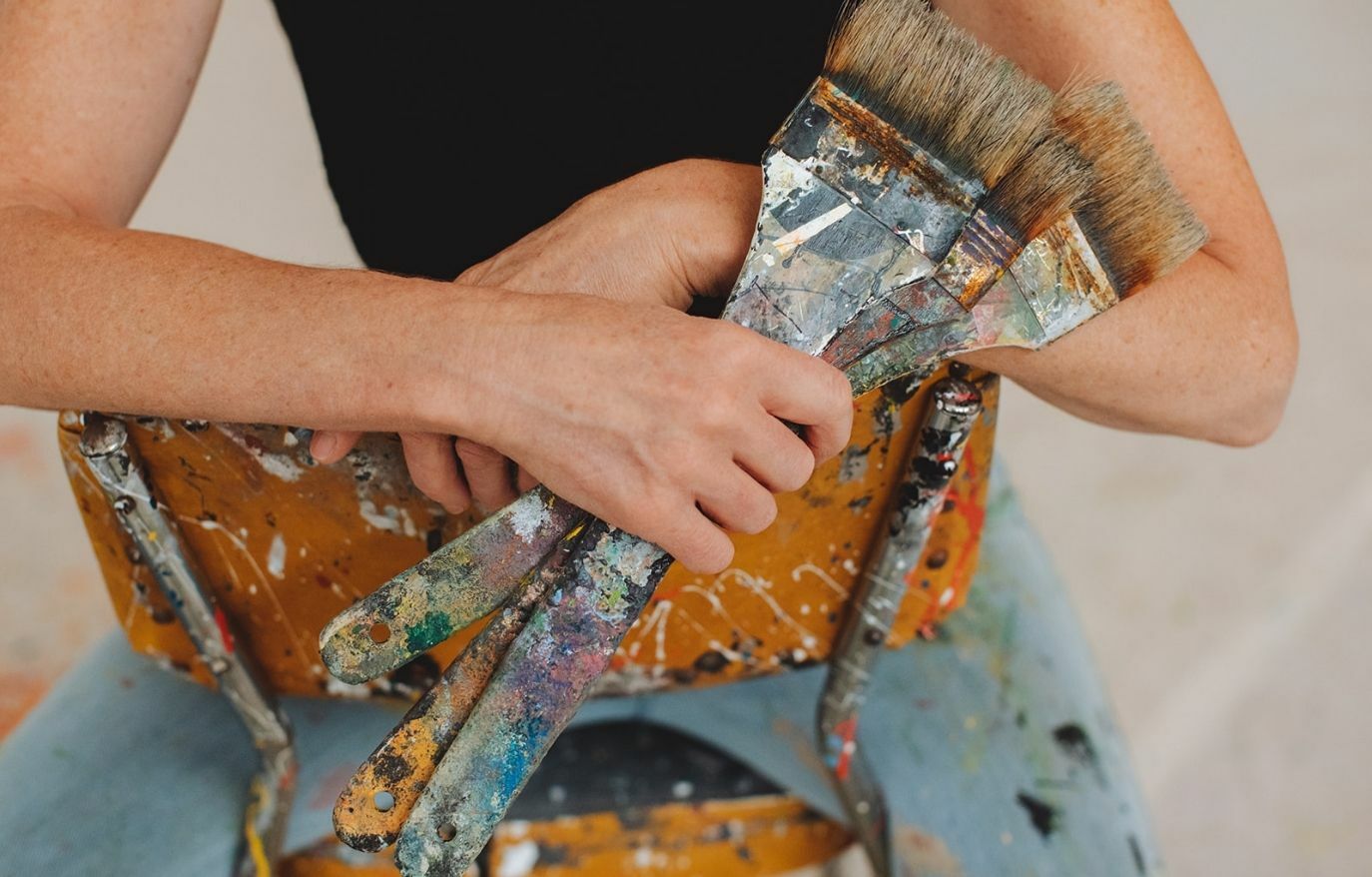 Take a peek into the secluded studios of these West Gippsland artists.

There must be something in the water, the trees or the rolling hills that draws them here. West Gippsland is home to artists of every practice, from printmakers to calligraphers, potters and painters, all working in the solitude of their studios.

Twice a year, some of these talented creatives break their seclusion and join together to form Open Studios West Gippsland, a self-guided tour of 16 artist spaces.

"Open Studios is an opportunity to connect with each other and the wider community."

Artist Helen Timbury started it in 2008 after attending an open studio event in Canada.

“It showed people the studio, the space, the garden,” Helen says. “It allowed the artist to show techniques and unfinished work.”

For artists who often work in isolation, Open Studios is an opportunity to connect with each other and the wider community. It offers us, those on the outside, a glimpse into their private creative worlds.

The future of Open Studios

The Open Studios artists made the tough decision to cancel November’s event. While they thought about moving it online, Helen felt a growing fatigue for online events.

“Touching and feeling materials, smelling the ink… all of these things can’t happen online,” Helen says.

Open Studios will be back in spring. In the meantime, some participating studios are open on the weekends for those of us who just can’t wait to have a stickybeak.

A kiln amongst the trees

Tucked away on a ten-acre block in Rokeby are a studio, gallery and homemade kiln. It’s where Sue Acheson taps into thousands of years of history to make her unique ceramics.

“What makes me different as a ceramicist is that I use an ancient technique to woodfire my pots,” Sue says.

Most ceramicists use a gas or electric kiln, which can be left unattended. Sue’s kiln (which took her six months to build herself) uses wood. Works are fired for 36 hours and need to be constantly monitored.

“Every five to ten minutes we’re putting wood into the kiln,” says Sue. “There’s always a team of two putting the wood in, checking the temperature and the atmosphere.”

While Sue likes to work on her own, events like Open Studios allow her to avoid social isolation and connect with others.

“Touching and feeling materials, smelling the ink… all of these things can’t happen online”

“There’s a lot of creative people around here,” she says. “Not just artists but breadmakers, cheesemakers, winemakers, distillers. We tend to work with each other and encourage each other.”

Capturing the landscape on paper

For the last 30 years, Gary Miles has disappeared for a month at a time to create his art, often in remote parts of Australia.

“I do works on paper, they’re a bit easier to handle out in the open,” Gary says. “I’ve done oils out on the field when I was a bit younger.

Coming back to his studio in Drouin (which he built himself) he’ll make 35–45 artworks from a single trip.
“When I start a painting sometimes I don’t know which way it’s going to go,” Gary says. “When I can’t think of anything else to put on it, I have a statement…

Just sign the bastard! Then I start another one.”

Gary says he was one of the first artists in the area to open a gallery. He gets involved in events like Open Studios, but also likes doing his own thing.

“Some artists need a group,” he says. “I’m an arrogant bugger, I’d sooner be on my own.”

Sculptures out of scraps

Once Laurie Collins filled up his gallery in Jindivick, his recycled metal sculptures started wandering out into the garden. Or so he says.

“I’m a bit of an animist, I feel everything has a life,” Laurie says. “You find an old gate hinge and think, you’re over 100 years old, you’ve been out in the weather, you’ve been made by someone years ago. And now you’re part of my funny little sculptures.”

Laurie’s sculptures are made from recycled materials, harvested from his four-metre-tall pile of scrap metal.
“(I make) basic garden artwork, like dogs and birds, to more complex sculptures, and small indoor pieces with sort of a quirkiness,” Laurie says.

Welding is dirty work, and it’s not for everyone. However there’s a small group of locals who regularly visit Laurie’s studio to work on their own projects, and Laurie’s happy to teach those who are drawn to
the medium.

“It’s the physicality of welding, working with metal,” Laurie says. “I love it.”

A tale of two studios

Her biggest painting to date is four metres high by six metres wide. “I work with the paintings down on the floor, so I’m running up a ladder to get an overview of the entire painting,” Kerrie says.

“I’m a bit of an animist, I feel everything has a life.”

Her work is housed in a big, purpose-built studio that lived in Kerrie’s mind for years before she built it. However, this isn’t the only studio at Kerrie’s home in Crosover.

Her pottery studio is the opposite of her painting studio: old and small. “Years ago it was a very tiny, old dairy,” Kerrie says. “It’s so cold in winter!”

As Kerrie moves between her two studios, she often gets buried in her work.

“I could work alone in my sheds all day, not talking to a soul for weeks,” she says, but Open Studios is when she can invite people into her world. “It’s an opportunity to see a truly intimate, private space.”

Learn more about the Open Studios program at openstudioswestgippsland.com.au and further enjoy Lisette’s writing and illustrations at lisettecharlotte.com.au