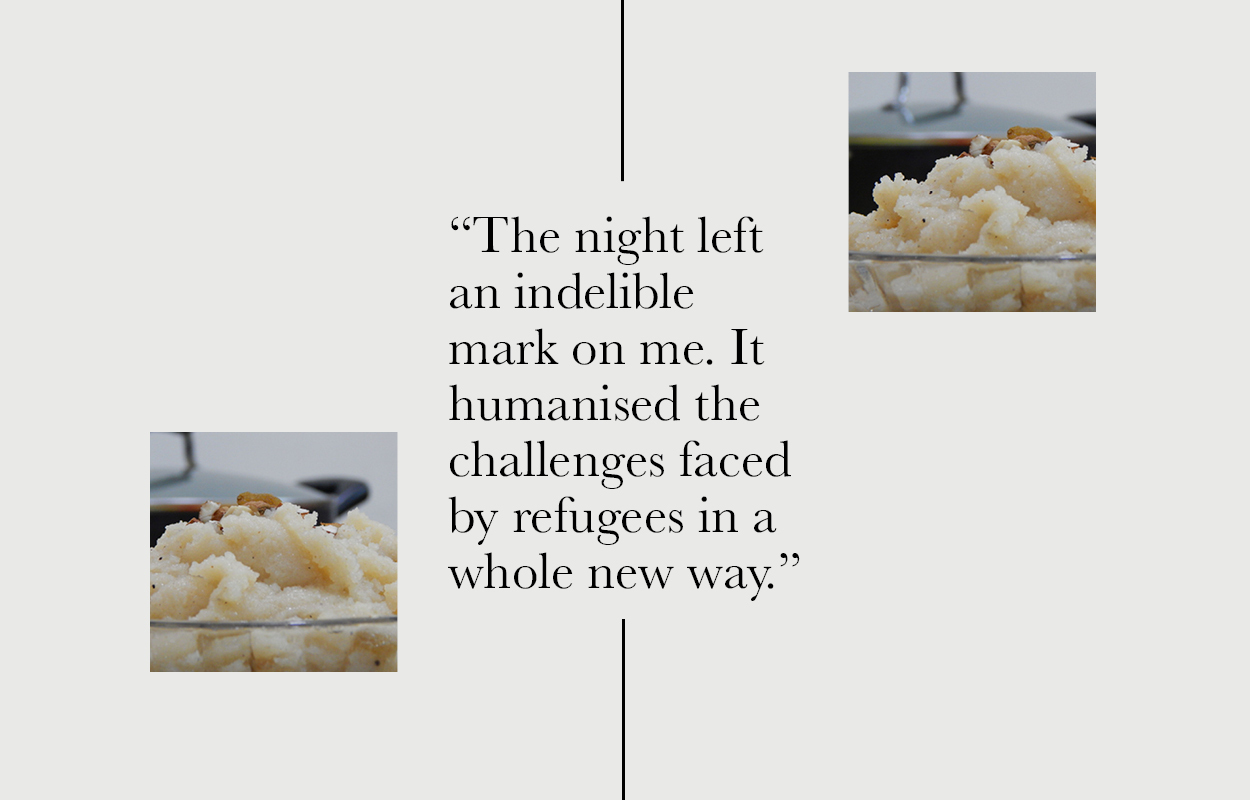 Why I love suji halwa for dessert.

The energy generated in a community when locals embrace the new arrivals can not only change the trajectory of Gippsland, but also the nation.

Now, I don’t really remember the meal. There was some sort of a stew, ideal for serving to a room full of people — quickly. And, the dessert had dates and custard.

It was delicious and reminded me of the suji halwa you get from the Govindas vegetarian food stall at a music festival. The one that you grab your first serve of early, to prepare for the headline act, and maybe seconds in the witching hours, when your soul needs rebuilding after an all-night boogie. Both times, it tastes like a hug in a bowl.

So, while the details of the menu are hazy, the sentiment of the evening made an impression that’s lasted.

Right before the launch of Gippslandia, I spent time staying in the ceiling loft of a bubbling co-working space as I finished some studies overseas.

Some evenings, the former workshop would revel in events that filled the entire space, leaving me relegated to my wardrobe-sized room. Gratefully, the occasional host would invite me to the proceedings, most likely out of pity, as the language barrier frequently stunted conversation with the other guests.

This is how I came to be at the ‘thank you’ dinner provided by a collection of young Syrian men. A motley but big-hearted crew of lads who were cooking a traditional meal out of gratitude to the host families who filled the room around them.

Recently, an astonishing number of refugees had risked the voyage across the Mediterranean, and this had been compounded with the arrival into Europe of a long chain of wandering humans from Syria.

That summer, the outer Parisian parks were strewn with tents, portaloos and people.

Catching up with a mate, Souleyman (the ‘soul man’) from Côte d’Ivoire, who was also desperately trying to legitimise his position in France, we’d walked past long queues of African men, our age, as they waited for a hot meal from NGO food trucks.

"The night left an indelible mark on me. It humanised the challenges faced by refugees in a whole new way."

While the scene initially appeared chaotic, with time you got a sense of rhythm or structure — a considerable feat for the groups supporting these refugees.

The younger Syrian guys faced a different predicament. They’d arrived in Paris without passports, papers or proof of their age. Looking too old to be children, but unable to prove that they weren’t men, they’d slipped through the cracks, sleeping rough in the arrondissement surrounding the workshop.

A Facebook group had been launched by a concerned 30-something professional couple and, as I was told, the news had spread through the community, triggering spare beds, couches and floor space to be offered to the teen refugees.

This meal was their act of gratitude.

I’m sure you can imagine how sheepish these teenagers were as they stood before everyone after dinner. As they finished their short speech, the room erupted in applause. It was so freakin’ cool.

The night left an indelible mark on me. It humanised the challenges faced by refugees in a whole new way. It also demonstrated the energy that can be generated in a community when the locals embrace the new arrivals.

We hope this edition of Gippslandia gives you a glimpse of that buzz.