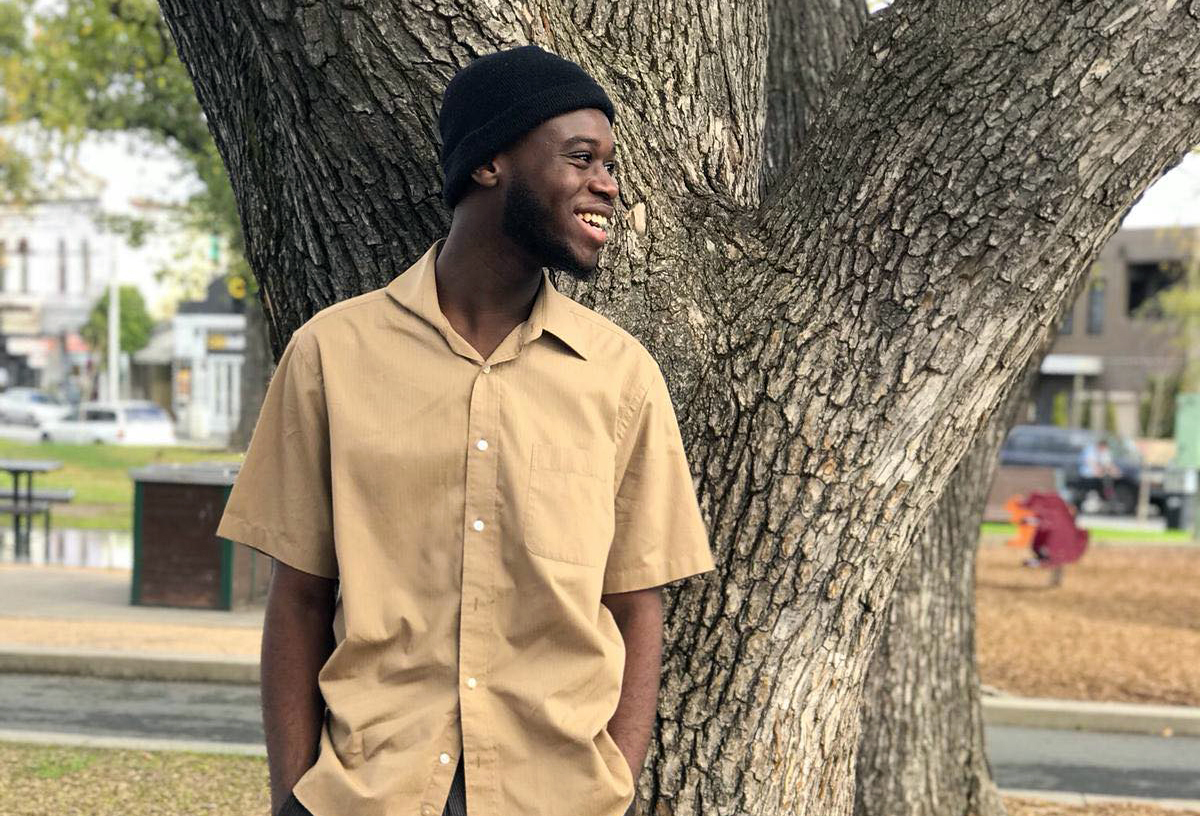 Where did all the good leaders go

Meet Yakub Ogunsina, a valued & proactive member of the Centre for Multicultural Youth and their Youth Advisory Group.

It is actually kind of cool to hear that 18-year-old Yakub Ogunsina has “too many current commitments” happening at the moment. It definitely demonstrates that he’s a driven young man. Having a passion for sport — in Yakub’s case, soccer — isn’t unusual, but actively promoting greater cultural diversity in your sporting club is a sign of more developed leadership traits.
—

Yakub joined the Centre for Multicultural Youth (CMY) when he was 16 and has been a group leader there several times. He’s also a member of the Youth Advisory Group (YAG). The CMY seeks to provide channels of influence that enable young people to practice leadership and promote understanding of their cultures and lived experience. The YAG provides an opportunity for young people from migrant and refugee backgrounds to have input into CMY’s work, including the programs to run and the issues to focus on.

The Morwell YAG is coordinated by CMY’s Gippsland Team. It’s great to hear that CMY recognise their young people as ‘experts’ in their work to ensure that they are understood, accurately represented and influential in Australian society.

Yakub kindly took the time to explain his personal story with Gippslandia:
“I am a 18-year-old Muslim teen living in Gippsland. I’m a student at Victoria University and am currently studying a Bachelor of Social Work, I’m a player for Morwell Pegasus Soccer Club and a disability support worker at Moe Life Skills Community Centre.

“I came to live in Gippsland after moving to Australia with my mother and little sister. In 2008, we came to live with my father, who is a nurse at the Latrobe Regional Hospital. I’ve been living in Traralgon for 11 years now, so I am very much a local.

“I have been in several leadership roles, starting with being the eldest child in a Nigerian household, which comes with its own set of responsibilities.

“My more ‘official’ leadership positions started during my high school years at Lavalla Catholic College. When I was 15, I became a campus mentor, and in year 12 I was appointed to the cultural leader position for the school, which involved me encouraging diversity for both junior and senior campuses.

“I’ve led things such as the ‘CMY Game Plan’, which is an initiative that aims to support sports clubs to increase their cultural diversity, and to attract and retain young people from migrant and refugee backgrounds.

“I’ve been a part of the Latrobe Youth Space since its inception as a Youth Governance Committee member, but I have had to step down from the role due to too many commitments”.

It’s said that soccer, and even sport generally, is the “most universal language on the planet”, so it’s cool to see Yakub, YAG and others utilise its unique power to welcome young migrants into our community.
—
If you are interested in learning more about the YAG or have ideas for projects in our region, please contact Gippsland Youth Worker Emmanuel at 0437 866 168 and visit www.cmy.net.au.