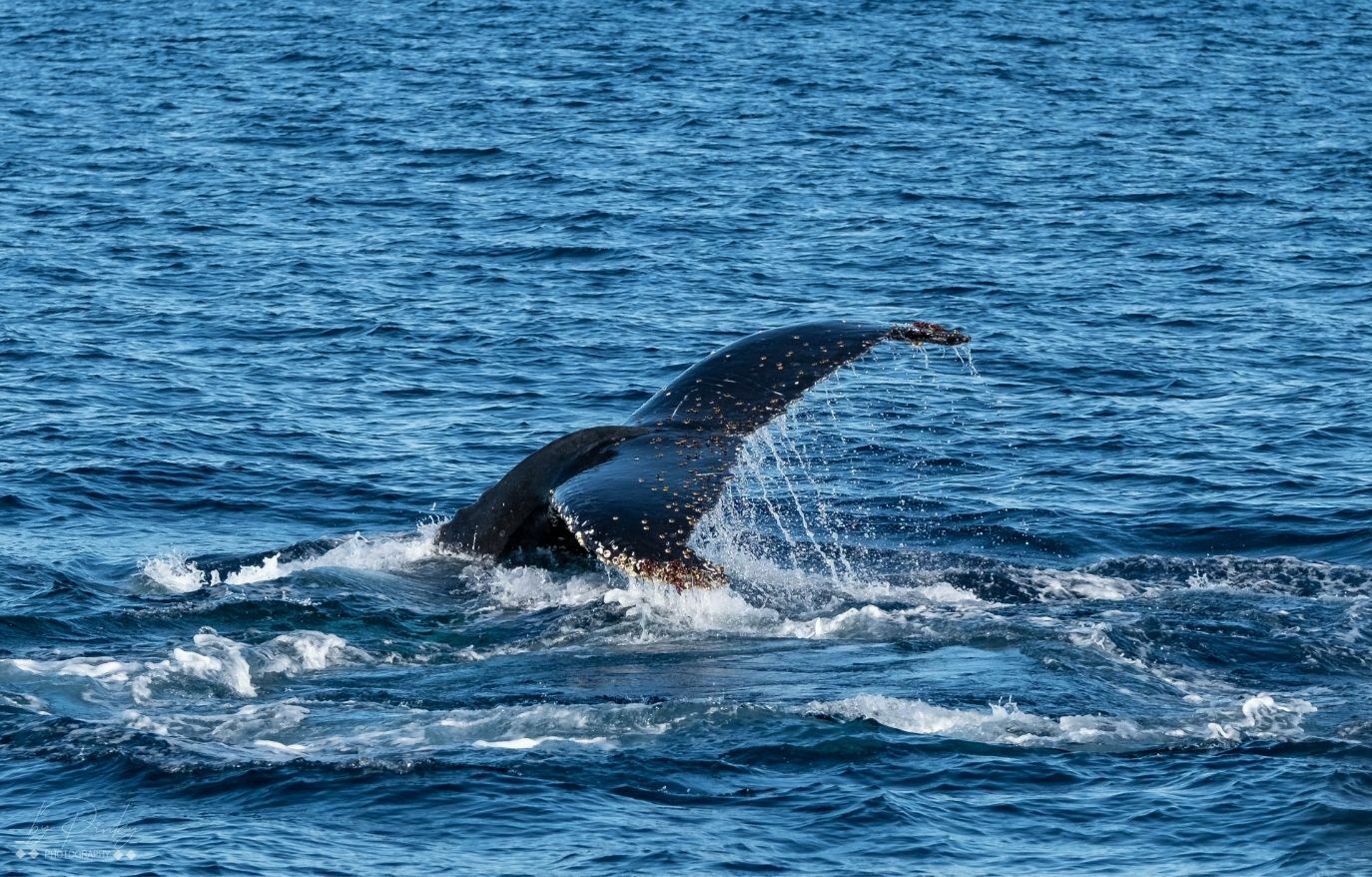 Whale hello there! Dr Rebecca McIntosh gives us all the facts on the whales that grace Gippsland's shores.

Have you ever spotted a whale?

Every year we’d receive a reminder from Gippslandia supporter Jodie Vogt of The Cape Kitchen as the whales cruised past her cliffside restaurant on Phillip Island (Millowl). Occasionally, we’d head down to the Island or other headlands along the Bass Coast, but then the surf would distract us.

Of course, finally, one day we glimpsed a misty jet of water break the ocean surface, then a fin, then a mini fin! Oh my goodness, it’s a mother whale and her grom. We were spellbound as they elegantly swam past.

Unfortunately, we don’t know much about whales. We used to watch episodes of the old ABC cartoon Beached Az, but were then surprised to learn that not all whales speak with a hilarious Kiwi accent, bru. Thankfully, we have some very generous friends at the Phillip Island Nature Parks who’ll entertain our questions.

That’s why it’s our pleasure to introduce Dr Rebecca McIntosh, who is the Nature Parks’ marine mammal scientist and has worked on the ecology and demography of marine predators for 14 years. Rebecca’s research experience includes fieldwork on Macquarie Island, the Galapagos Islands and the islands of southern Australia — all enviable locations. She also has an honorary appointment with the La Trobe University Zoology Department. Rebecca, very kindly, answered our queries on the whales that grace Gippsland’s shores.

Why do the whales migrate offshore from Gippsland in the winter?

Humpback whales come past Gippsland on their annual migration to their breeding grounds in warmer waters in Queensland.

Southern Right Whales are endangered in Australia (under the EPBC Act) and breed close to shore in winter — Warrnambool is one of their major breeding grounds in Victoria. As they migrate past, they are not feeding. Their feeding grounds are in Antarctic waters and they mainly feed on krill.

Southern Right Whales have two genetically distinct populations in Australia, one in the south-east and the other in the south-west. The south-eastern population only has 200–300 individuals, so they are very special and need our protection.

This species feeds in sub-Antarctic waters and comes to the coastal waters of Australia to calve, feed, rest or pass through.

The elusive blue whales (also endangered under the IUCN) are also found along the shores of Portland, but they can be hard to see.

Killer Whales (Orcas) are the largest member of the dolphin family. We just don’t know a lot about their population status here in Australia. I’ve seen them off Kangaroo Island in South Australia, Macquarie Island in the sub-Antarctic, and also on Phillip Island.

Do different whales produce different spray out of their blowholes?

Why is the conservation of Humpback and Southern Right Whales important to us?

Whales often have strong cultural importance and have done so for thousands of years. People connect to them and enjoy observing them. Their conservation is important because of this connection and because they became so rare due to hunting in the past.

Now, people value the experience of seeing them with their own eyes.

The conservation needs of the two species are different though, and this is very important. There are fewer than 3,000 Southern Right Whales left — making them highly vulnerable to extinction.

Whales often have strong cultural importance and have done so for thousands of years.

From an ecosystem perspective, whales are important as nutrient processers and fertilisers. As they migrate, their poo is distributed and provides a lot of nutrients for maintaining a healthy and productive ecosystem. Life in the oceans needs them, our commercial fisheries need them, and we need them. Everything is connected: without such large, well-travelled animals, connections dissolve and food webs change, leading to a loss in productivity and biodiversity. 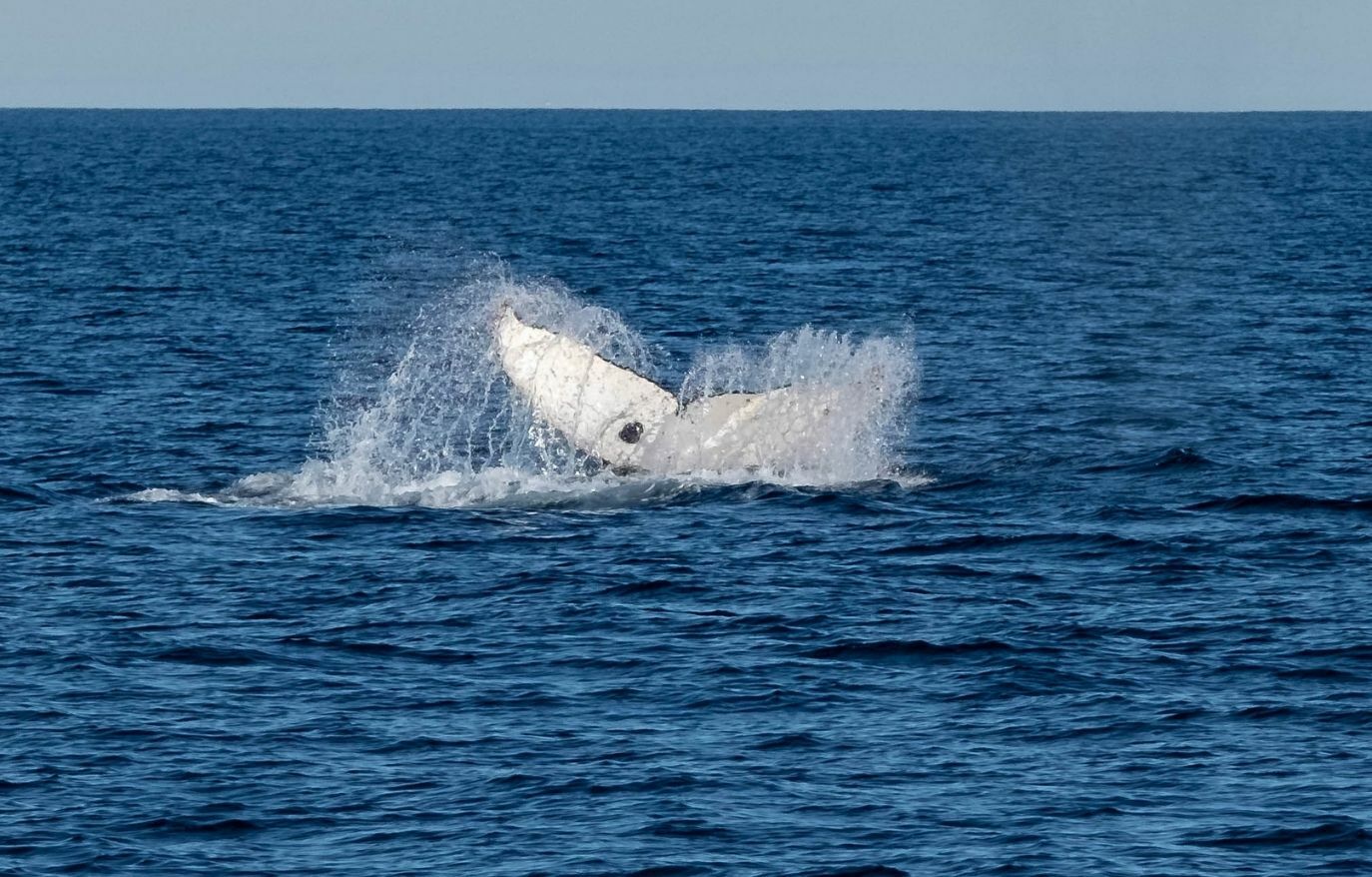 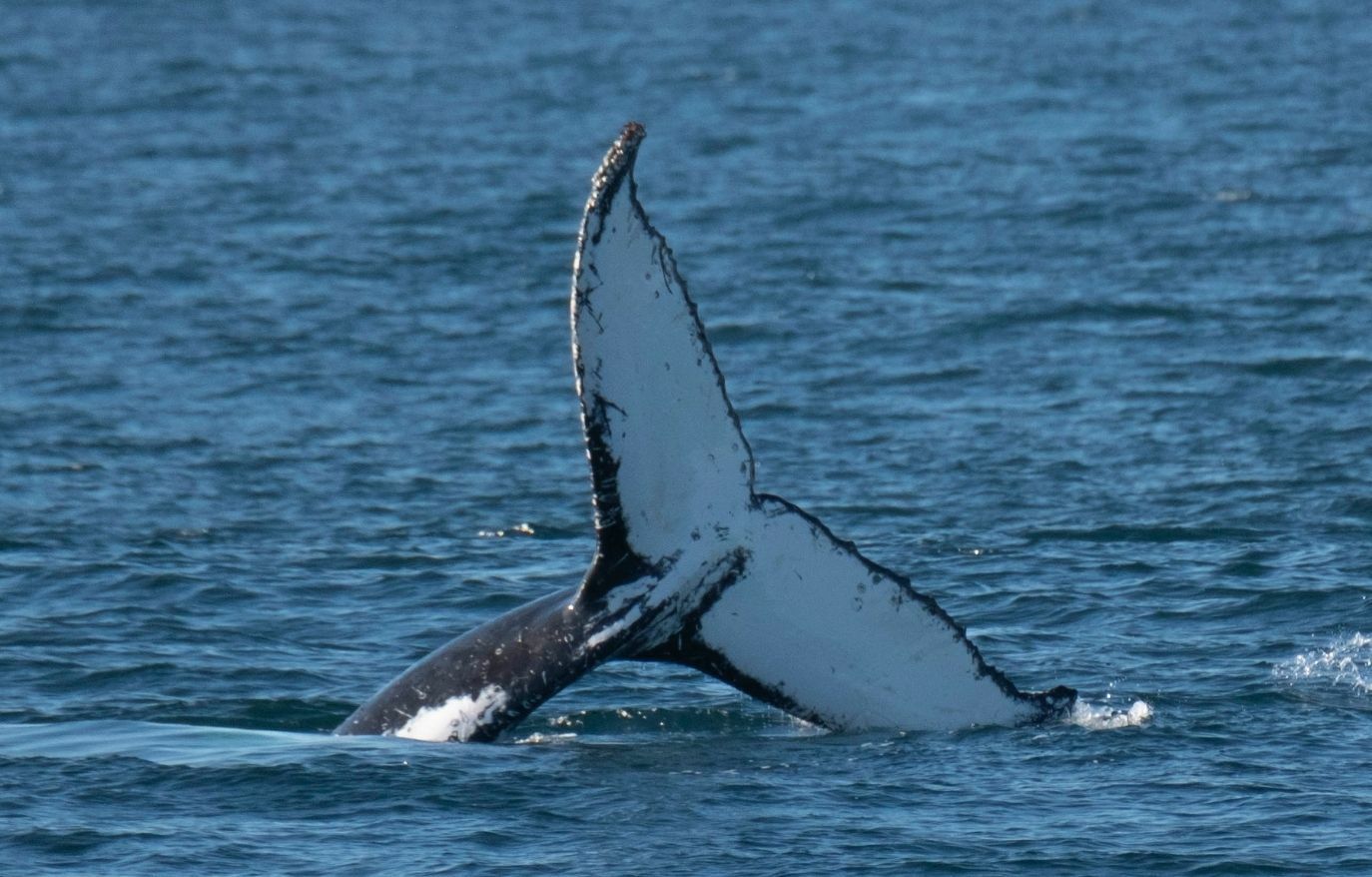 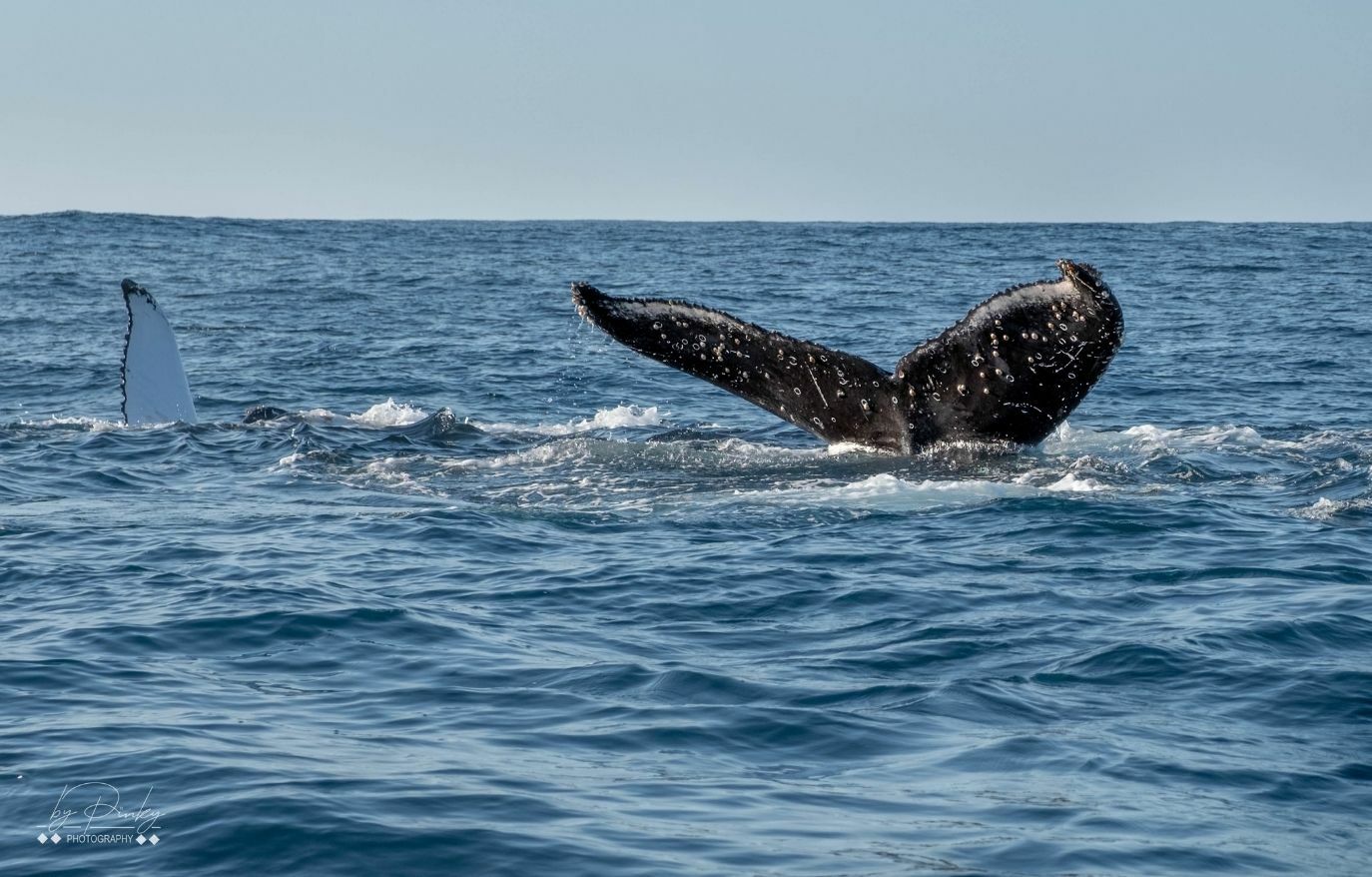 Are there any whale research programs occurring in Gippsland?

There is a collaborative project with the Centre for eResearch and Digital Innovation, the Department of Environment, Land, Water and Planning and the Arthur Rylah Institute that uses photographs of individually identifiable whales to study which whales visit, when, who has young and how long they survive.

Basic life history and survival information is necessary to understand if the population is stable, increasing or declining. Whale sightings can be reported in the new Wildlife Whales App from Wildlife Coast Cruises and on the Dolphin Research Institute’s ‘Report Sightings’ page. Orca photo IDs can also be reported, contributing to understanding their movements and life history.

Phillip Island Nature Parks are about to install hydrophones out at Seal Rocks (off the coast of the Nobbies on Phillip Island) as part of a PhD looking at the soundscape, both above and below water at Seal Rocks. These hydrophones will also detect whales and we’ll be sharing any such reports.

The Star of the South offshore wind farm feasibility study has hydrophones in the water to record the species and presence of whales.

Should we do anything if we spot a whale cruising past?

Enjoy the experience, but follow the regulations: keep the appropriate distance, don’t get between the whale and the shore, or between mother and calf. Don’t fly a drone above a whale below 500 m.

The Island Whale Festival is a wonderfully immersive three-day event normally held during the winter school holidays and heralds the arrival of these seafaring cetaceans to the region.

Coordinator of The Intercultural Arts Program of the 2019 Island Whale Festival, and Deep Listening advocate,

Dr Laura Brearley provided insight into the mind-blowing connections First Nations People have with the whales and some of the intercultural creative projects that emerged from the festival — amazing! Look out for the festival’s return in 2021.