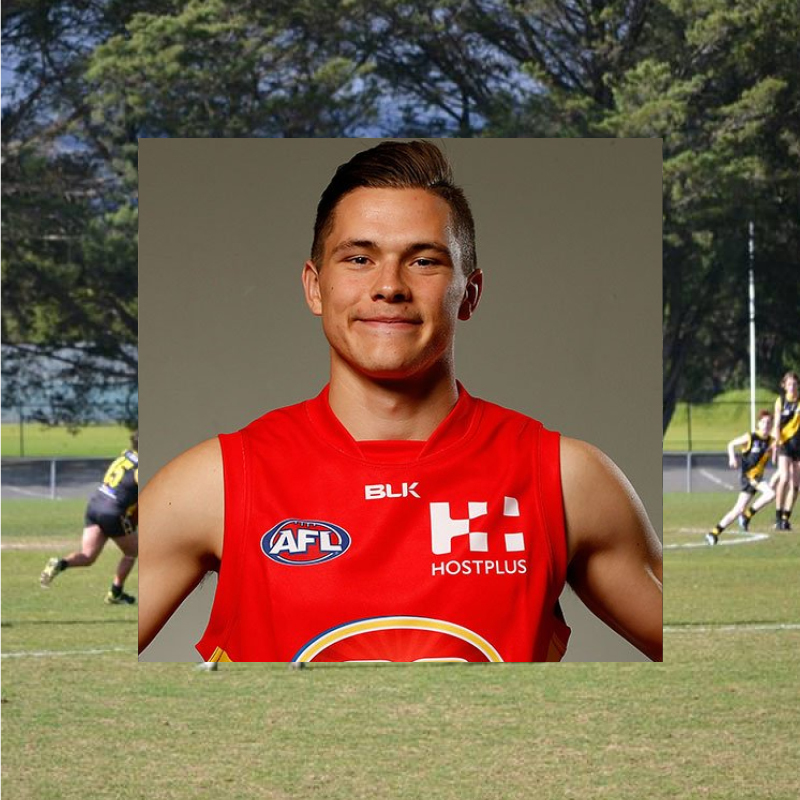 Welcome to the AFL, Mr Ainsworth

So many kids dream of hearing their name called out on draft day, pulling on an AFL jumper and playing with the best of them. Ben has just taken the biggest leap on that journey being selected by the Gold Coast Suns as the fourth pick in the AFL Draft.

“I should make it just in time to play against Gary Ablett Jr.”

Prophetic words from the then six-year-old, Morwell football prodigy, Ben Ainsworth. Now Ben’s set to run onto the field alongside Ablett.

So many kids dream of hearing their name called out on draft day, pulling on an AFL jumper and playing with the best of them. Ben has just taken the biggest leap on that journey being selected by the Gold Coast Suns as the fourth pick in the AFL Draft.

Coming at a time when our community, and even the various levels of government, is scratching around, trying to produce good news stories for a town that is about to undergo a significant transition, the efforts of Ben, a Morwell lad, prove that with a dream, belief and hard-work anything is possible.

At an early age Ben stood out as he progressed through the junior ranks of the Morwell Youth Club. He had blistering pace, elite skills, courage, maturity beyond his years and a commitment to getting the best from himself. Those that laced up against him soon learnt that he’s a competitive beast.

Ben managed to develop his skills and grow as a player all while rarely playing against teams his own age; playing in the under 16s when he was an under 14 and then stepping into senior footy as an under 16 player – each time thriving.

“I was pretty nervous. The kid had unbelievable talent, but he was so young and the smallest player on the field.”

Those fears were quickly put to rest and admiration took their place, as Singh recalls Ben’s first contest in senior football.

“Ben was pushing hard back into a leading centre half-forward, twice his size, and got crunched. The whole pack fell to the ground. By the time they’d picked themselves up Benny had taken off and delivered the ball with one of his trademark laser passes to our forward to setup a goal.”

A few weeks later Ainsworth made his official senior debut for Morwell against Wonthaggi and there has been no looking back. In the lead up to the AFL Draft, Singh commented that, “Whichever club lands him – they won’t be let down”.

It hasn’t always been smooth sailing for Ben. In 2013, after playing 11 senior games, he was knocked unconscious in the reserves qualifying final – ruling him out of the breakthrough Morwell premiership that year.

The following year circumstances again got in the way and Ben was named an emergency for the 2014 premiership team. In his final year playing TAC Cup footy, Ben was dealt the blow of a fractured wrist while on an AFL Academy trip to LA, this was then followed by a knee injury and then a suspension.

The persistence, determination and character he’s shown throughout these setbacks has, “No doubt helped him grow as a footballer and as person,” according to Singh.

When asked how he was feeling by Gippslandia, in the lead-up to the draft, Ben responded, “It’s a pretty exciting, yet overwhelming experience. I really just want it to be done and to start training at a club. It’s also a good day to reflect and thank family and friends, and all coaches along the way that have made this journey successful and enjoyable”.

A great Gippslandian, from a wonderful local family, we wish Ben Ainsworth all the very best on his AFL career.