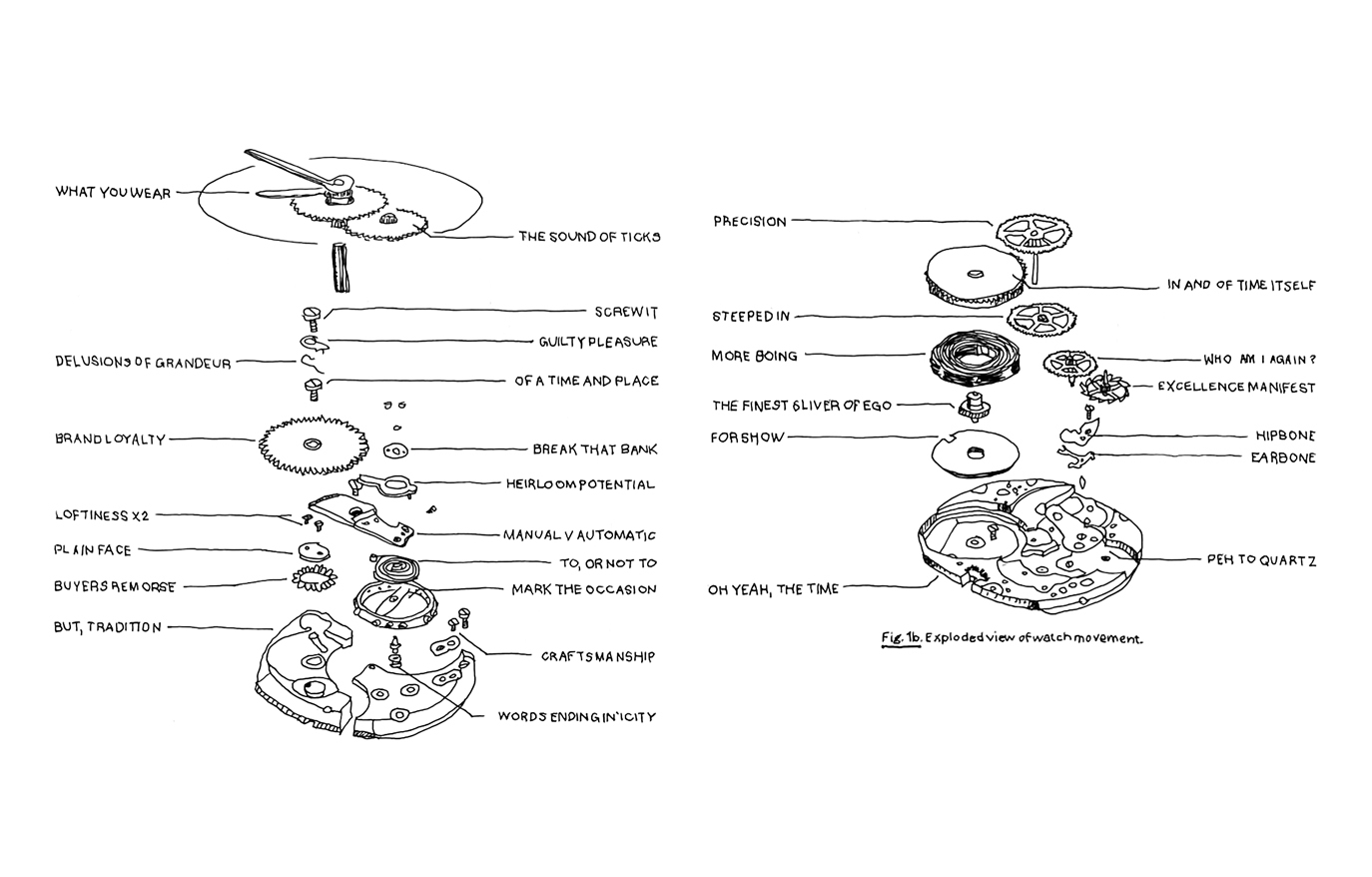 A beautiful watch is a thing to behold.

It was on my first trip overseas that I bought myself my first watch.

It was a classic, elegant-looking piece with a well-balanced complementary steel band. Over the years I’ve come to appreciate that it really was a cheap piece of junk, but that doesn’t matter. That beautifully simple, quartz Citizen Chronograph watch wasn’t just a souvenir timepiece, but a metaphor for time itself – something to mark the occasion.

It was 1999, I was seventeen, and I was in the heart of Rome – the eternal city. The famous city’s effect on me was more profound than what you’d expect from the shortness of time allocated to it in our demanding itinerary.

In Rome, ‘time’ presents itself explicitly around every corner as you wander through its ancient streets. It really is one of the most beautiful and classical cities on Earth. I was blown away and had to mark the occasion. I wanted something to remember it by... something to honour the effect it was having on me.

The acquisition of my humble Citizen is something I hold dear, and I’ll pass on the watch to my kids as a reminder of that magical trip. Sure, the three stopwatch dials have all since stopped working – but, I promise I’ll try to get them fixed before I pass it on or I pass on myself!

Once the Citizen was clasped firmly to my wrist, it launched a curiosity into other matters horological.

Cast forward a decade or more to Apple’s announcement of the Apple Watch. The hysteria was palpable and I was almost certain that I was going to be one of the first in line for this full-tech, full-geek masterpiece. But, something held me back.

Gradually, my enthusiasm waned and by the time they released it for purchase it’d lost its shine. Did I really want another device demanding my limited attention? Something ‘pinging’ at me with every turn? Given the onslaught of messages and notifications constantly streaming through my phone, I began to yearn for something less poke-me-in-the-face. Something peaceful. More yesteryear yearner than futuristic fancier.

One day, whilst looking around online for visual inspiration, I came across a Longines 1951 Calatrava and immediately fell in love. I started looking on the Internet and just couldn’t find it anywhere – that particular model is impossible to find. But more than being a stunning watch, it opened my eyes to the incredible world of Swiss-made watches. 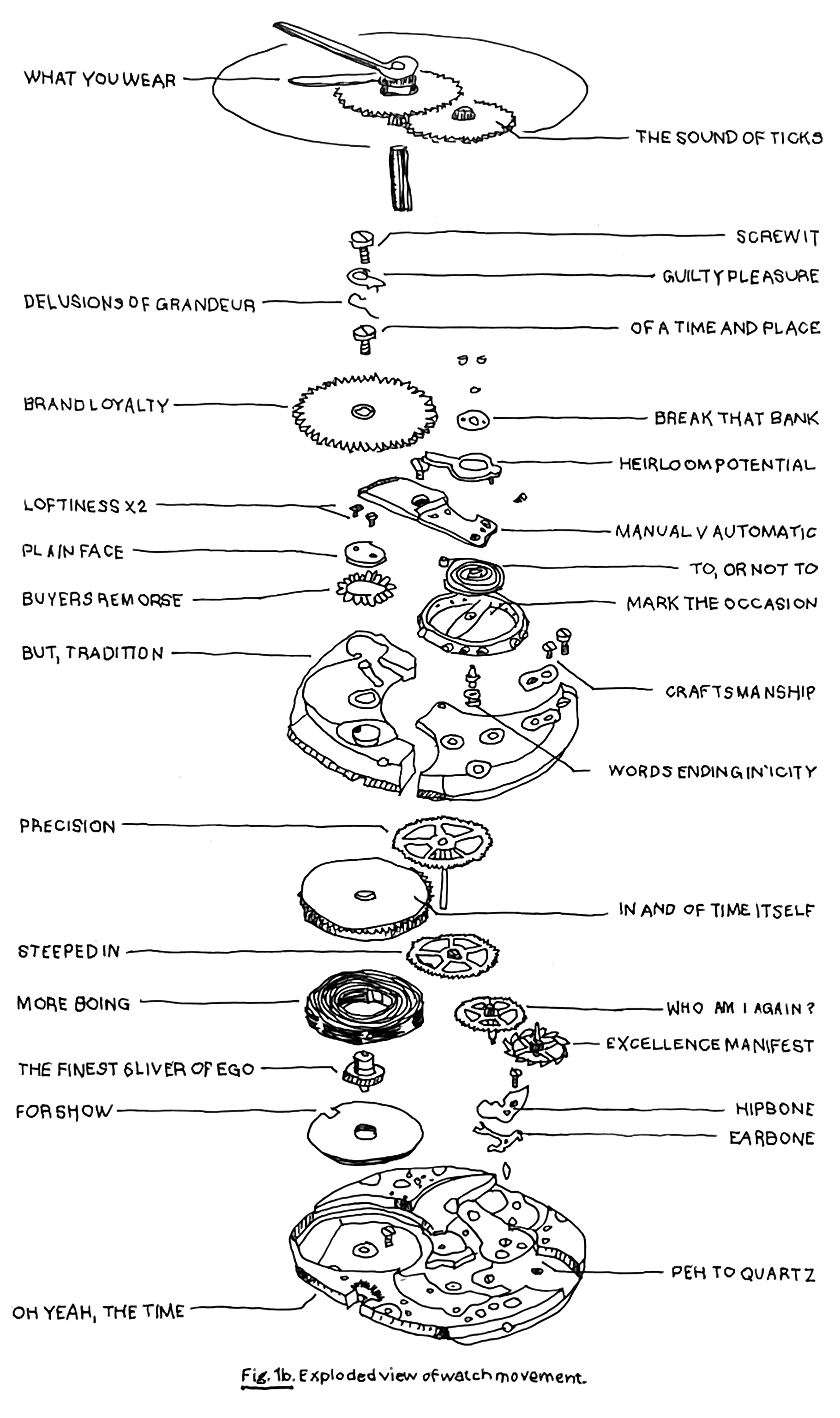 Until you see one with your own eyes, you can’t imagine how complex the mechanisms are that are jammed into the casing of a Swiss-made automatic or manual watch. Tiny springs, levers, gears, cogs and dials – all working in perfect unison at a micro level. It’s stunning. It’s like a creation by magical elves, or something equally ludicrous.

The satisfaction of winding the crown until you hear the ticks as its mechanical heart comes to life satisfies my soul far more than another ‘ping’ from a smartwatch ever could.

Even given my boundless love for the Swiss brands and their timeless wristwatch lines, respect still needs to be paid to quartz. Quartz watches are definitely a cheaper stock, however, the science behind how they work is magical. It’s bloody amazing! Let me explain: imagine a u-shaped rod carved out of a tiny gem, that when charged by a small spark of electricity vibrates at exactly (no more or no less than) 32768 times per second – that enables the watch to oscillate in a near-perfect rhythm, thus making quartz watches among the most accurate timepieces available. How the hell anyone ever figured that out is still astonishing to me. See, just as I said, magical!

A beautiful watch is a thing to behold, but it took me decades to ‘get it’. I can now appreciate why for many people the investment is more than just about telling the time, but also marking the moment.