Adventurous photographer and filmographer, Hayden Pedersen on how adventure, storytelling and community have built his career.

You can tell a story about anything: it’s how you tell it, and telling it well that makes it an art. Hayden Pedersen continues to explore the art of storytelling through social media and film work to captivate thousands of loyal eyeballs (and growing) every week. —

When this 21-year-old vlogger/photographer/filmographer/influencer takes his backpack full of cameras and heads out on an adventure, he seeks to create captivating content from “just having fun”. Hayden says, “[I] always have the best time creating stuff with like-minded people, for like-minded people”, and he’s found that’s where his best work comes from too. There is nothing tactical, “It’s all spontaneous”. Today, with our attention fragmented and distracted by the endless online content available, how does one young guy from Warragul have a firm following of 280,000+ YouTube subscribers and 47.K Instagram followers? Well, once you meet him you quickly know why. It’s his wise yet wide-eyed look on life and his energetic demeanour that make you think ‘Hey, I really can keep watching this guy make videos about making videos’. Foremost, Hayden is a photographer and filmographer. All he wants to do is create great content. Making videos keeps him in ‘the flow state’ — that embodiment of laser-focused energy that overtakes you when you’re doing something you absolutely love. “I was super lucky to know something I wanted to do as a career and get into that flow state from such a young age. I’ve loved putting things together since primary school — I would be on the computer doing frame-by-frame animations. As a teenager, my downtime was researching how to make videos, not playing Xbox”. It all started from there. I’m no expert with the technical language for work Hayden does, but imagine a fast-paced atmosphere that cross-cuts between capturing sweeping cityscapes, documenting the wilderness with an aerial view, and transportative time-lapses with Hayden providing a voiceover, talking directly to his audience. The content is sharp and vibrant. His editing work leads viewers into the story with a sense of adventure. Vlogging (video blogging) has been something Hayden has only dived into in the last year. He wanted to challenge his creative output the same way as hero vlogger Casey Neistat: with the world as his playground and YouTube the platform to showcase it on. With pure luck, “the right thumbnail image and the right title”, Hayden’s career as an online influencer has taken off, with one video landing five million views. Despite it being a ‘how-to’ type video that kicked off his career, subscribers followed in the hundreds, then in their thousands to see what else Hayden had to offer. In his eyes, “storytelling is great through vlogging because you are constantly creating, uploading and becoming a much more defined and knowledgeable filmmaker through experience”. It continues to make him a more efficient editor, a better storyteller and challenges him to “shake-up his style,” while keeping the structure of his brand. More powerfully, at such a young age it has made him adapt and not be fixated on the pressures social media is often criticised for: a warped sense of reality and maintaining perfect appearances. “I want to be as free and creative as possible”. If Hayden can teach us one thing, especially for Gippsland-based creatives and our youth, it is that you can come from anywhere and if you can tell a good story, people will listen. You don’t need to be in a European hub or American hot spot, or even Melbourne, to be relevant. Gippsland may be one of the most underrated regions in Australia, and Hayden has used it as a backdrop, even as the star in his videos. Consequently, he is telling the region’s story too. Recently, he met one of his fans in Los Angeles who told him, “I want to go to Australia, to where you live because of your videos”. I asked Hayden about why he remains based in Gippsland. He has an American passport, which would unlock the door to spending substantial time in LA, the world’s film capital, or he could move to an Australian city that’d provide further industry connections. He responds that first, it’s home, and that “it doesn’t matter where you are, it only matters the story you tell”. It has been a subconscious fact to share his inspiration that he draws from here, “I want to show people that no matter where you’re from, you can do what you want and achieve whatever you want, if you put your mind to it”. Like many of the artists I’ve met for Gippslandia, Instagram has been the biggest gamechanger for their artistry and their careers. The platform has helped Hayden build his portfolio and network with other YouTubers and filmographers, but most importantly, connect to his followers in a more relaxed setting. The best of Hayden’s content has come from suggestions he’s put forward on an Instagram Story beforehand, including the Halloween photoshoot featuring a flare being set off through a pumpkin (see picture 02). His can-do attitude and honesty (for example, he says that despite the pumpkin shoot being fun it was a really, really terrible idea) keep him relevant to his followers by demonstrating that he genuinely listens to their feedback and suggestions. It also shows the power social media has to create niche communities and provide a way for creatives to collaborate. He shows us that by crossing the two paths of art and an online profile, you can build something really powerful as you authentically connect with your audience. So jump online or get scrolling through your phone and have a look at what Hayden is making. You’ll be hooked to see the super fun scenes he showcases every day. Who knows, maybe he’ll stunningly create the cool video idea you share with him and it’ll be enjoyed by millions. — Collaboration Project— Featuring Hayden Pederson Photography by Mike Ghee Post Production by Hayden Pederson See more of Hayden’s work— Youtube: bit.ly/haydos_pedersen Instagram: @haydos_pedersen See more of Mike’s work— Instagram: @northborders 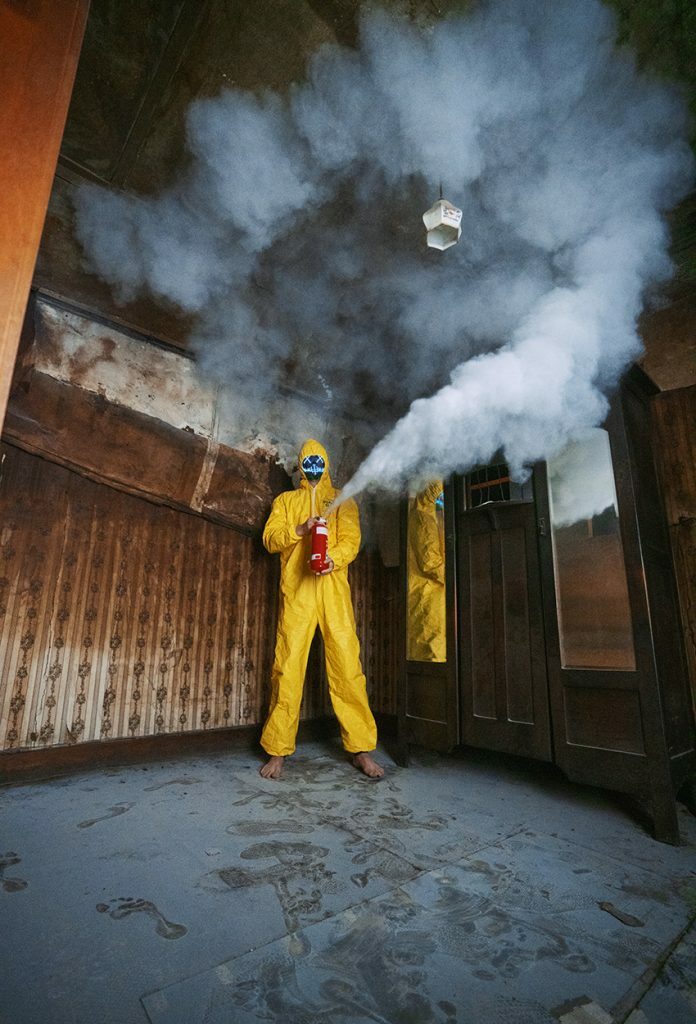 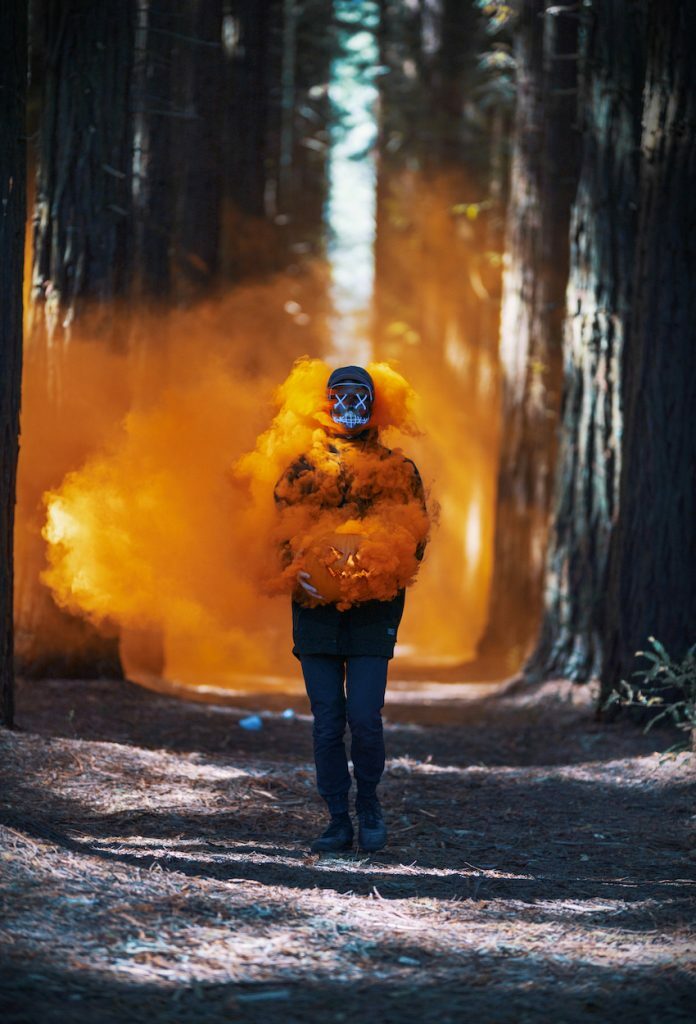 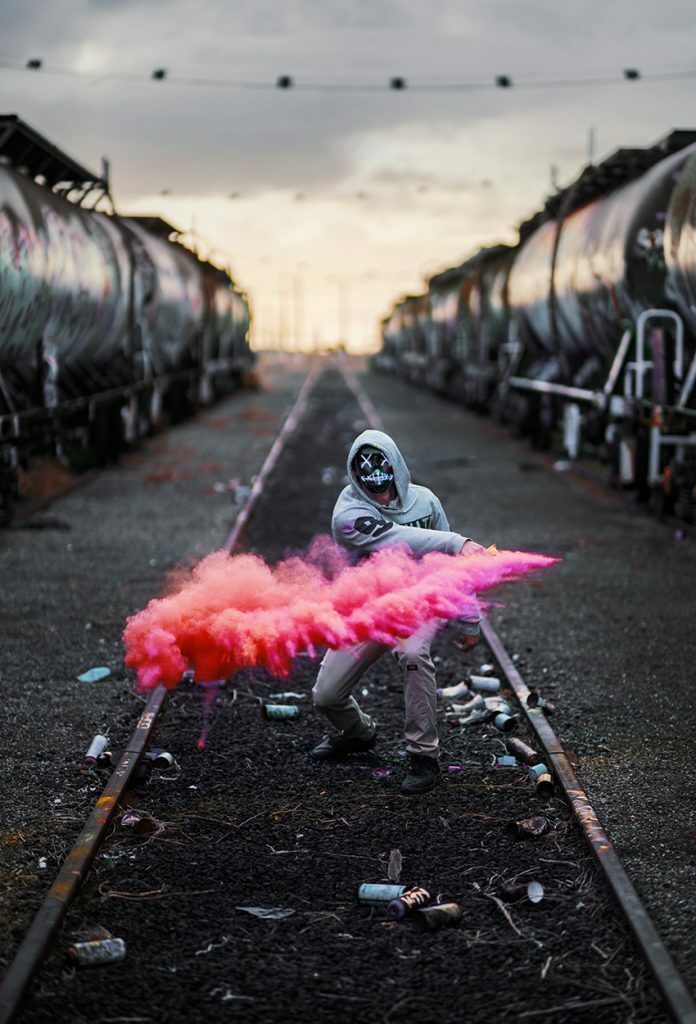