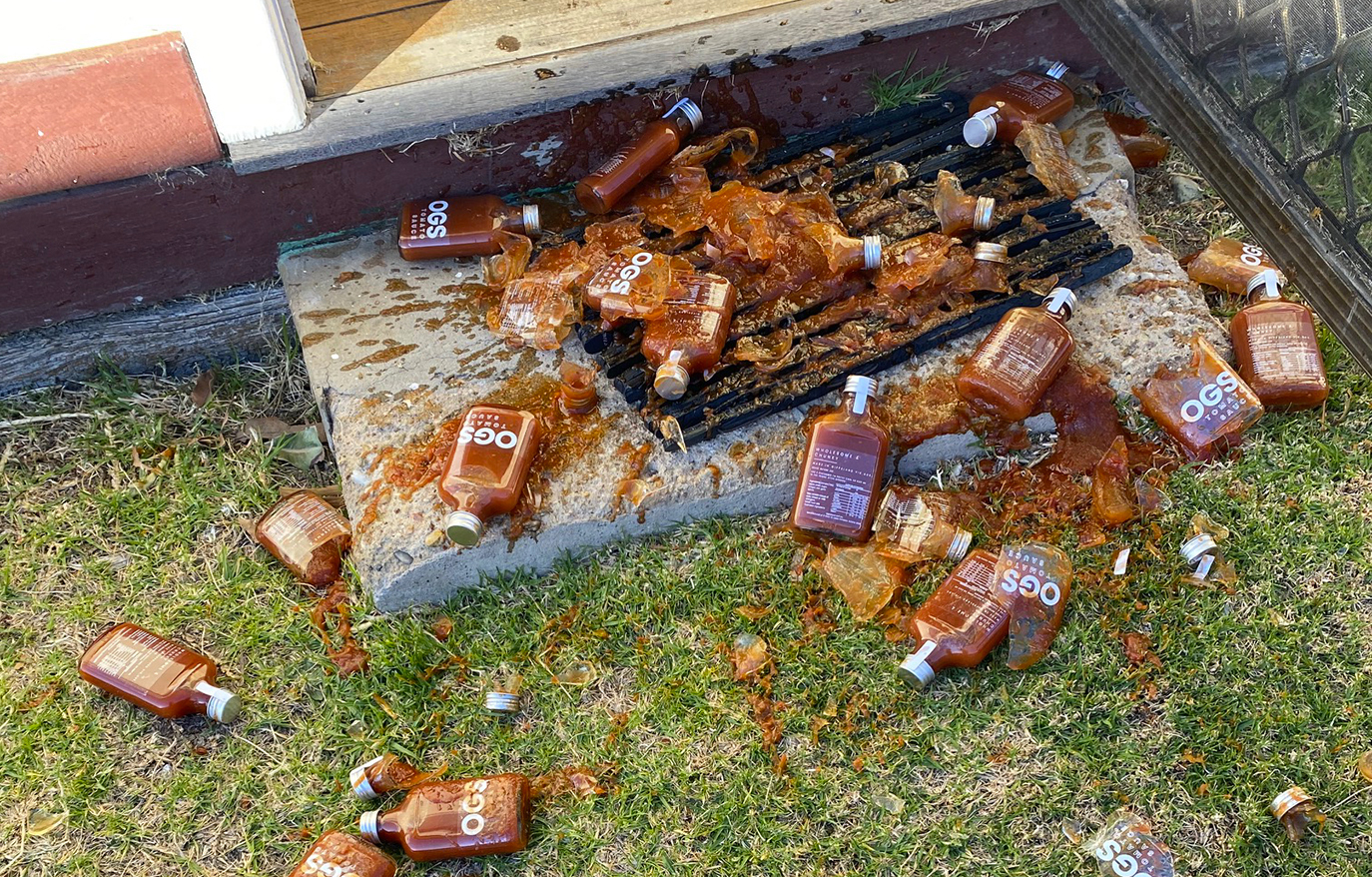 Are you a fan of a dollop of tomato sauce? Us too. Just wait until you try OGS - a new local success story.

General consensus is that there are only a handful of things that can truly fix everything. There’s duct tape, a good night’s sleep, a mother’s hug and tomato sauce.

While soft kisses to the site of a toddler’s ‘ouchy’ is often the cure for pain, a healthy dollop of ‘dead horse’ is the panacea for plain.

Is there a dish or a meal that isn’t enhanced with some sauce? Yeah, we didn’t think so. There’s actually a solid number of foods that are disturbingly naked without some tommy. Right now, you’re listing them in your head. It’s okay to salivate a little.

Recently, we began to see a new bottle on the block. This saucy number seemed vibrant and classy, yet still rustic (in a good way).

We then learnt that OGS, which means ‘Only Good Stuff’ and is pronounced like ‘togs’, but without the ‘t’, is a growing local success story.

The OGS secret sauce is based on a recipe passed down through the women of the family beginning with Andrea’s great-great-grandmother.

At the time, there were a couple of key ingredients forming the catalyst for the business. Andrea was shifting away from her previous career in nursing and, after being involved in the Startup Gippsland mentoring program, had realised that providing an accommodation service was challenging, and that a product was the way to go. Maddie, who works at NAB, was really keen to launch into a project that dished up more real-world experience. And, they knew they had a ridiculously delicious sauce recipe.

The OGS secret sauce is based on a recipe passed down through the women of the family beginning with Andrea’s great-great-grandmother. You can see Maddie and Andrea’s faces light up as they reminisce of ‘sauce seasons’ gone by. On seemingly the hottest day of the summer, Nan, Andrea and her sisters, and their daughters would each make large batches of sauce to last the family for the entirety of the year.

Unsurprisingly, given the sauce’s notoriety amongst family and friends (especially the younger members who needed a bit of a food hug after a large evening), bottles would become scarce by mid-year. Then at Christmas, a gift of one of the very few remaining bottles was a highly sought prize!

Nan is OGS biggest supporter and critic, but the inclusion of her watchful eye is another symbol for the family-nature of this business and the deep nostalgia they wish to trigger when you enjoy their sauce.

The business has also well and truly outgrown the volume of tomatoes Great Grandma used to pick for the sauce.

Initially, Andrea hoped that “someone would buy just one bottle of sauce.”

But when OGS began selling through their initial collective of stockists, they sold out of their one-hundred-bottle batch. Then they sold a thousand bottles. Now, with seasoning savants like Cameron Stephens from Condimental openly asking if OGS is “the best sauce in Australia,” Andrea and Maddie are seeking to increase their level of production yet again. 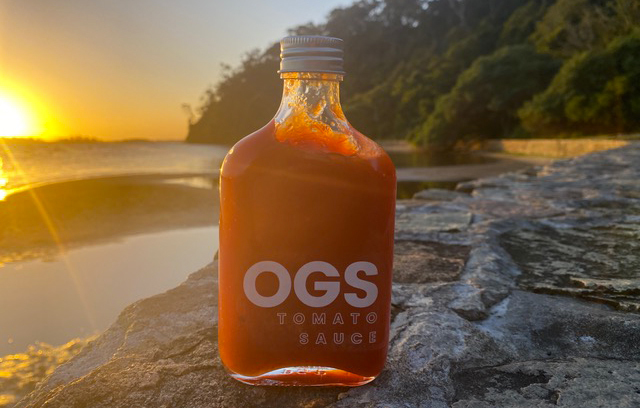 Asked if there’s been any tension in the mother–daughter relationship given the demands of such rapid growth, the duo are quick to point out that if the business isn’t enjoyable, they’ll leave it. As Andrea says, “At the end of the day, we’re selling sauce – it’s got to be fun!”

OGS could stand for ‘Only Gippsland Sourced’, as the team continues to strive for all of their ingredients to be locally grown or produced. Since launch last year, they’ve been buoyed by the fact that their tomato orders have nurtured small-scale growers in the region and helped them expand.

At this moment, much of the OGS process is undertaken by hand: planting and picking, and then the cooking, bottling, labelling, packaging and distribution are largely done by Andrea, with Maddie creating the website, marketing and continuing the business development with current goals focusing on ‘sustainability and succession’. As Maddie says, “We don’t want to be a business that’s causing future problems.”

Opening up about their future vision for OGS, the duo speaks of even more sustainable or reusable packaging and potential opportunities to source locals' excess tomatoes to cut down on food waste in the region.

It’s inspiring to see the positive impact a small business, like OGS, can have on its owners and their community, but given the tremendous success of their secret recipe, we reckon they know just what to add to make their business pop, without slapping the end of the bottle.