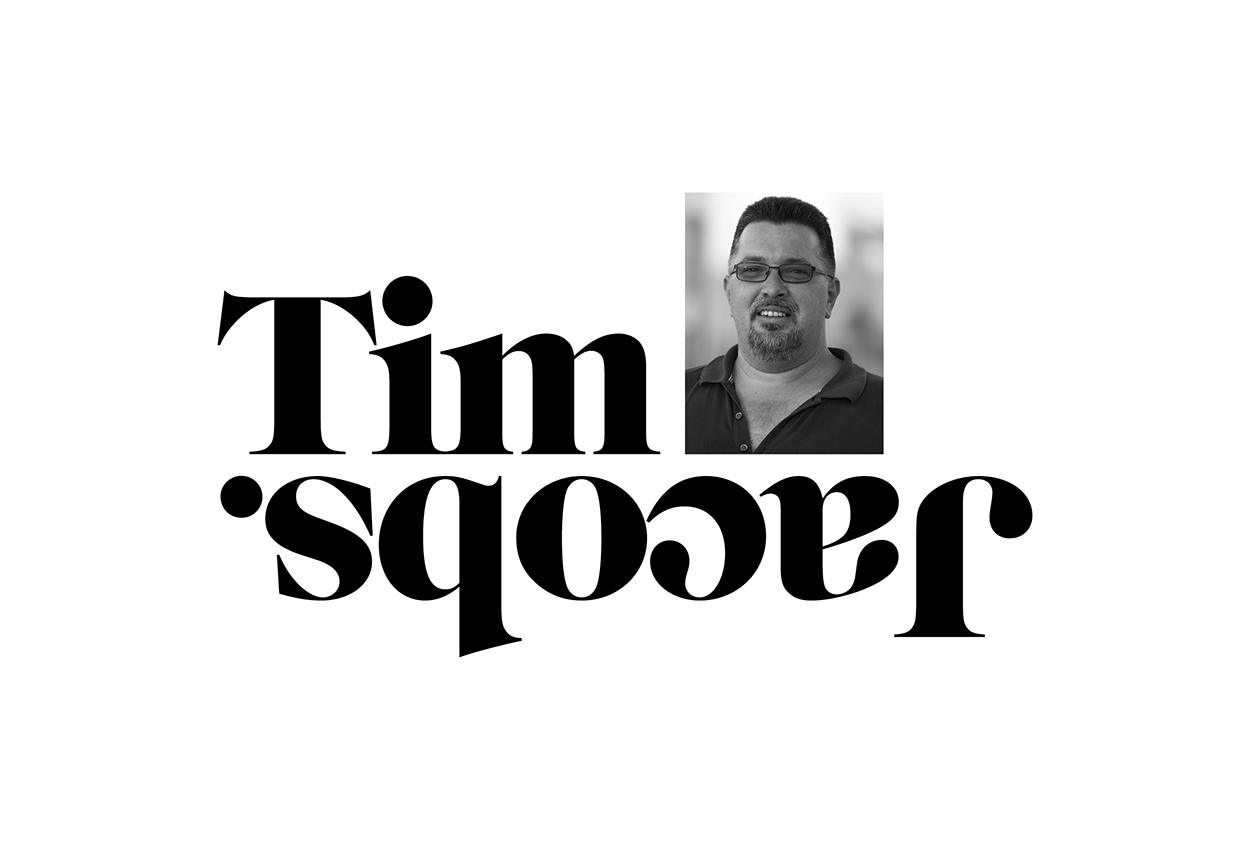 From a turbulent adolescence in the Latrobe Valley, Tim Jacobs now executes some of world's most prominent events.

What do Bill Gates, Gwyneth Paltrow, Ian Thorpe, François Hollande, Tony Blair, Carl Lewis, Queen Rania of Jordan and Ban Ki-moon all have in common? Tim Jacobs. From a turbulent adolescence in the Latrobe Valley to filling dancefloors to now executing some of most complex and prominent global events, Tim’s tale is definitely unique.

As youngsters, Tim and his mate, Brent Langenberg, started DJing right across Gippsland; from the Railway Hotel in Warragul to Lakes Entrance, covering numerous venues in-between and playing multiple nights every week. As Tim describes it, “We were pimply-faced teens with only a box of records and a want for fun. We thought we might earn some money to buy more vinyl too”.

But slinging records became a much deeper learning experience for Tim. “[From DJing] I got an exceptional experience in direct marketing, business management and an understanding that pleasing your clientele is the cornerstone of any successful business”. For Tim, an advantage of growing up in Gippsland was, “there was always an opportunity to have a go”.

Tim’s youth wasn’t all rainbow lasers and killer tracks, “As a teen, I was a wild child. I had a couple of run-ins with the law and was very much a non-conformist at the handful of schools I attended”. But there were also lessons to be gained from this. As Tim explains, “I learnt to think outside the box or to even break the box in, and I credit growing up in the Latrobe Valley for setting me on this path”.

It was during Tim’s DJing days that he had another considerable realisation, “I worked at Traralgon Special Developmental School as an integration aide for three years... the job taught me that life can always be more difficult and to not get hung up on the small stuff”.

For all the romantics out there, Tim left Gippsland for a girl, and now finds himself based in the Middle East. We’d love to be able to provide a succinct job description for Tim, but even he finds it difficult to describe, instead, he says his typical explanation is, “I just make shit happen”.

His company, KTS, facilitates sovereign or country branding via events and other projects that deliver key messaging to client-defined target groups. As Tim better explains, “On a recent trip to Africa, we were engaged to assess numerous projects on behalf of a government that’s facing elections within the next 18 months. The overall task is to plan and execute the delivery of these projects, including the development of two social housing developments totalling 7,000 houses and apartments, adding an additional power station for the country, and other government projects that are designed to improve their population’s living conditions, while harnessing the positive press opportunities for the political incumbent”.

“We’ve also just finished delivering the MENA (the Middle East North Africa) Region Special Olympics in Abu Dhabi, which elevates Abu Dhabi and the United Arab Emirates on the world stage for people with disabilities. It also contributes to a positive press message”.

When pressed as to how he grew such a multifaceted and international event and entertainment company (after all, the celebrities mentioned in the introduction have all utilised Tim’s skills), Tim humbly responds, “I stumbled into what we do”. Prompted further he explains, “I identified a need in the market for a project management company that had a client-sided view. Partnerships with other companies opened more workstreams and more diverse projects and this has expanded our footprint internationally”.

“If people want to meet to discuss an idea, take the meeting as it’s only a bit of time and you never know what can come out of it. There’s a saying that your network is actually your net worth, and this tends to be true.

“These days, clients tend to approach me. We occasionally pitch for projects, but this is typically for new clients only. Remember, trust is the hardest thing to earn from a client and is the easiest thing to lose, so over-selling and under-delivering is not the approach for any business. Generally, I’m not averse to risk and tend to take on projects that most sane people would not. We once built a 30 villa hotel in Saudi Arabia in 92 days. Preparing the opening and closing ceremonies of the MENA Special Olympics that I mentioned earlier in under five weeks. These examples are basically my ‘normal’ type of projects — time-poor, yet highly visible”.

Naturally, the conversation turns to Gippsland and the present situation here. “Most people think that both the State and Federal Governments would have a role in promoting Gippsland, and they should be involved to a point. However, to be blunt, they don’t really care about the region, except in an election cycle. To justify my point, what have they done up until this point? The local governments generally do whatever they can, but their view is only for the region they manage. So, the first problem is, ‘Who should promote Gippsland?’ and the answer is professionals.

“The second problem to solve is, ‘Who is paying?’. The only real answer is local businesses. SMEs (Small and Medium-sized Enterprises) are the driving force of employment and growth the world over, and while it may seem to be yet another cost to local businesses, there are some silver linings:

“The third problem, and the most substantial issue, is ‘Why support other areas of Gippsland and not just your local region?’. Gippsland’s biggest strength is its geographical diversity and size, but this can also be its biggest weakness. Different regions of Gippsland market themselves well, but they fail to maximise the greater value of their approach by not leveraging other areas of Gippsland too. Cross-promotion and a unified approach will gain better results and improve the entire drawcard. The Middle East is a great example. Most people know of Dubai and Qatar, but the region’s combined approach to tourism is having huge impacts. Oman’s tourism rates are growing by over 16% year-on-year and Dubai is the fourth most visited place on Earth. Abu Dhabi and Qatar are seeing annual tourism growth of 16% and Saudi Arabia will trend this way shortly too. They act as a marketing block, but excel in a different sector: Oman focuses on sports and eco-tourism, Dubai is shopping and lifestyle, Abu Dhabi is culture and heritage, and so it continues, providing them great success”.

He reiterates the draw of Gippsland’s natural attractions: the beaches, forests, ski fields, great food and the great lifestyle. These are all factors that are frequently included in Australia’s marketing to the rest of the world.

“Melbourne’s world-renowned for its food and culture. You’ll never go up against that and win. But you develop an angle needs to be complementary to it… Gippsland needs to work with it.”

Tim continues, “Gippsland needs to pitch and win international events—draw people from the global audience. It needs to promote its food culture and diversity, encourage the growth of cottage industries and ensure that it doesn’t lose its number one commodity, its people.”

“Gippsland needs to engage with Austrade to better push its produce to the world. The region will need to better market itself and not rely on the government to do it. Study other successful countries with similar industries and discover the lessons they’ve learnt. Create access to micro-funding for startups and new tech businesses. Gippsland can position itself as the undiscovered wonder of Australia, both for tourism and business”.