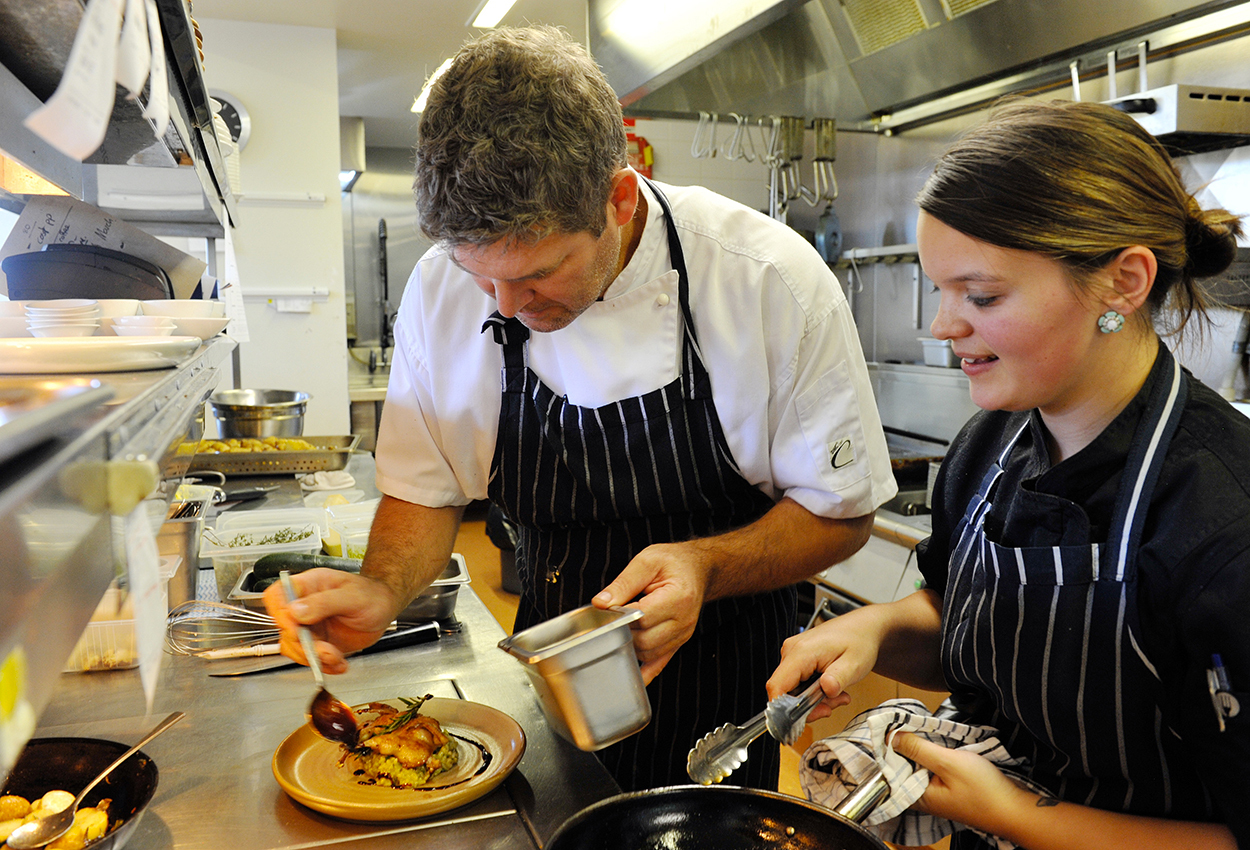 The drawcard of cooking a hogget, instead of a lamb, is the additional complexity and fuller flavour of the meat. The additional time roaming the farm chomping down on Gippsland’s verdant paddocks nurtures further nuances and character to dishes utilising a slightly older ovine. Surely, by naming your restaurant after a cut that can’t be rushed you’re making a statement, intentional or not, that quality takes time and dedication. That slowing down to focus on the smaller details can culminate in a richer, more enjoyable experience. Hogget Kitchen is chef Trevor Perkins’ latest creation that’s rightly building acclaim, but its success is only the latest segment an ongoing journey.
—

As we prepare Gippslandia, we more frequently hear some variation on, ‘I moved back to Gippsland from the city because…’. In this case, the Perkins family were expecting the birth of their second son. Writer Mim Cook astutely named those that return to the region ‘Yo-yo Gippslanders’, and they’re often reinvigorating the region with talent, skill and a passion for high-quality projects.

When his time at the beloved Warragul restaurant Big Spoon Little Spoon drew to a close in 2014, Trevor spent time reinvigorating his passion for food by leading classes at String + Salt. Until this new venture was, “born out of conversations over shared food”—conversations with acclaimed winemakers William (Bill) Downie and Pat Sullivan.

A decent serving of the aforementioned trio’s success is due to Gippsland’s remarkable dirt. Without it, the livestock isn’t as well-conditioned, the veggies aren’t as flavoursome and the grapes don’t have the potential to produce such highly sought after vintages. Secondly, they’ve toiled extremely hard at their passions. Now, Bill, Pat and Trevor’s burgeoning reputations are having an additional positive influence by attracting talent to the region.

Living in a time of celebrity chefs and wall-to-wall cooking programs, the average punter is way more clued-up about the entire food scene than ever before. It’s now more likely that names such as David Chang or René Redzepi, and their restaurants, Momofuku and Noma, are somewhat familiar. Yet, it is still eye-opening to hear that young hospitality standouts, Jessica Martin and James Audas, have already been involved with these aforementioned lofty establishments, as well as winning international awards for restaurant service. The recent Hogget recruits have brought their experiences in some of the planet’s best kitchens to Warragul—they’re respected assets.

Hogget Kitchen is facilitating the growth of local culinary talent as well. Gippsland chef Jessi McEwan has managed to top her role of Australia’s first Young Chef Ambassador, by being recently appointed as the Brand Ambassador for Worldchefs—the first time the position has even existed in 90 years of operation. Jessi will now be the worldwide face of the Worldchefs association.

Similar to Jessica and James, Jessi was attracted to Hogget Kitchen for its nurturing and knowledgeable environment, as well as the opportunity to learn from some of the culinary industry’s very best. No longer do they have to be based in Melbourne, Sydney, New York or even Copenhagen. They can be here, enjoying a much less frantic lifestyle. 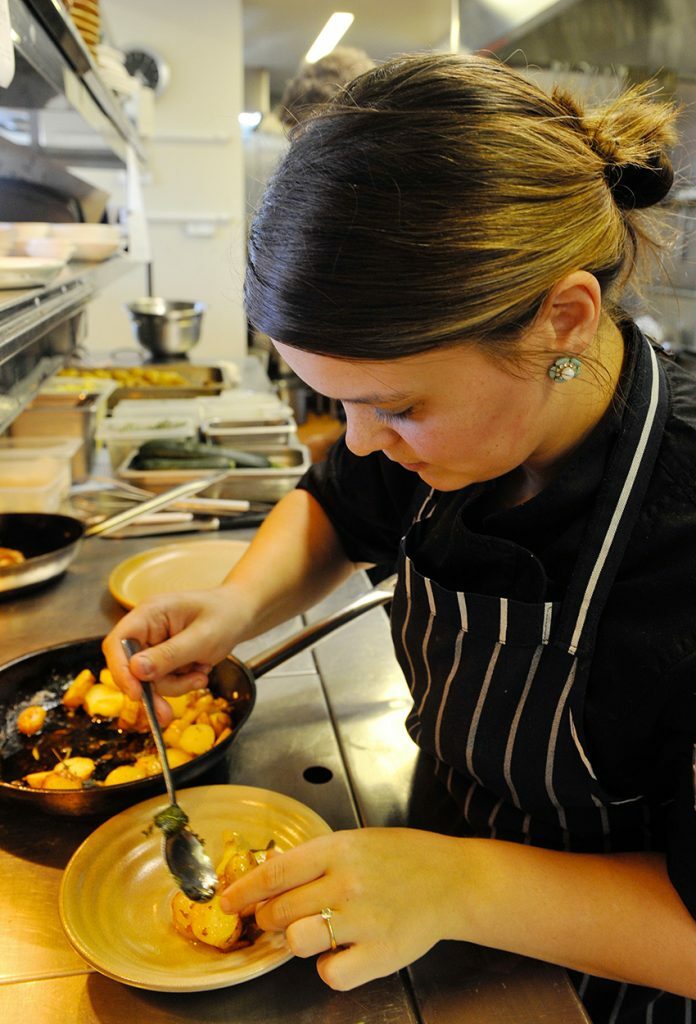 If the rejuvenation of the restaurant and grounds of the former Wild Dog Winery can beguile these passionate people, imagine what they could achieve building upon this increasingly intriguing foundation. If you combine this setting with the improved hospitality education in the region and the proliferation of more quality dining venues, it then becomes a lure for more skilled staff and an incredible career opportunity for Gippsland’s youth.

Can Hogget Kitchen become a ‘destination restaurant’ for West Gippsland? In the future, could they soar into the rarefied air currently occupied by regional restaurants such as Royal Mail Hotel, in Dunkeld, Provenance, Beechworth or even Brae, Birregurra, which is currently listed in the World’s Top 50 Restaurants? We say, ‘why not?’

Gippsland’s fortunate in that there’s a growing list of chefs that understand the demands of achieving the required critical acclaim to being ‘hatted’ in The Age’s annual Good Food Guide. The team at Hogget Kitchen have embodied the qualities to cultivate an experience to continually entice diners. Yet the restaurant’s success can be amplified, especially its outcomes for the community if more enterprising people embrace a high-quality hospitality culture. Jessica suggests that further exciting accommodation options, complementing current venues like Vue At Jindivick or Vivere Retreat, could be beneficial, as they’d entice people to stay longer in the region.

Unique dining experiences, such as ‘magnum dinners’ and local collaborations that can educate guests on the diversity and quality of Gippsland’s produce are set to be explored more in the future. Trevor’s recently been providing scrumptious loaves of bread to the Baw Baw Food Hub in a partnership that’s surely encouraging for further projects.

‘A rising tide lifts all boats’ has been an aphorism Gippslandia has endorsed, but it’s possible that modifying the adage to, ‘A healthy, hearty hogget enlivens all diners’ couldn't be more apt. Undoubtedly, it’s going to be a tasty adventure finding out.

—
To enjoy a delicious meal at Hogget Kitchen, please visit hogget.com.au. Our great shots of Hogget Kitchen, Trevor, Jessica and Jessi come courtesy of the talented April Pyle. Make sure you visit her at Moving Pictures & Factory One in Warragul (their new jungle of indoor plants is awesome!). 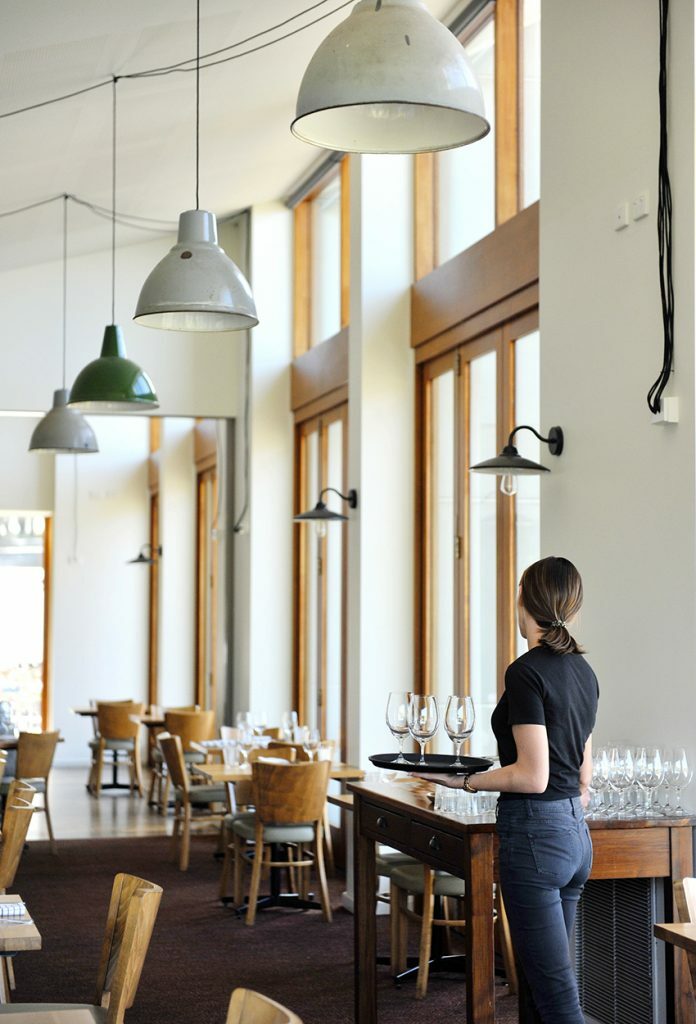