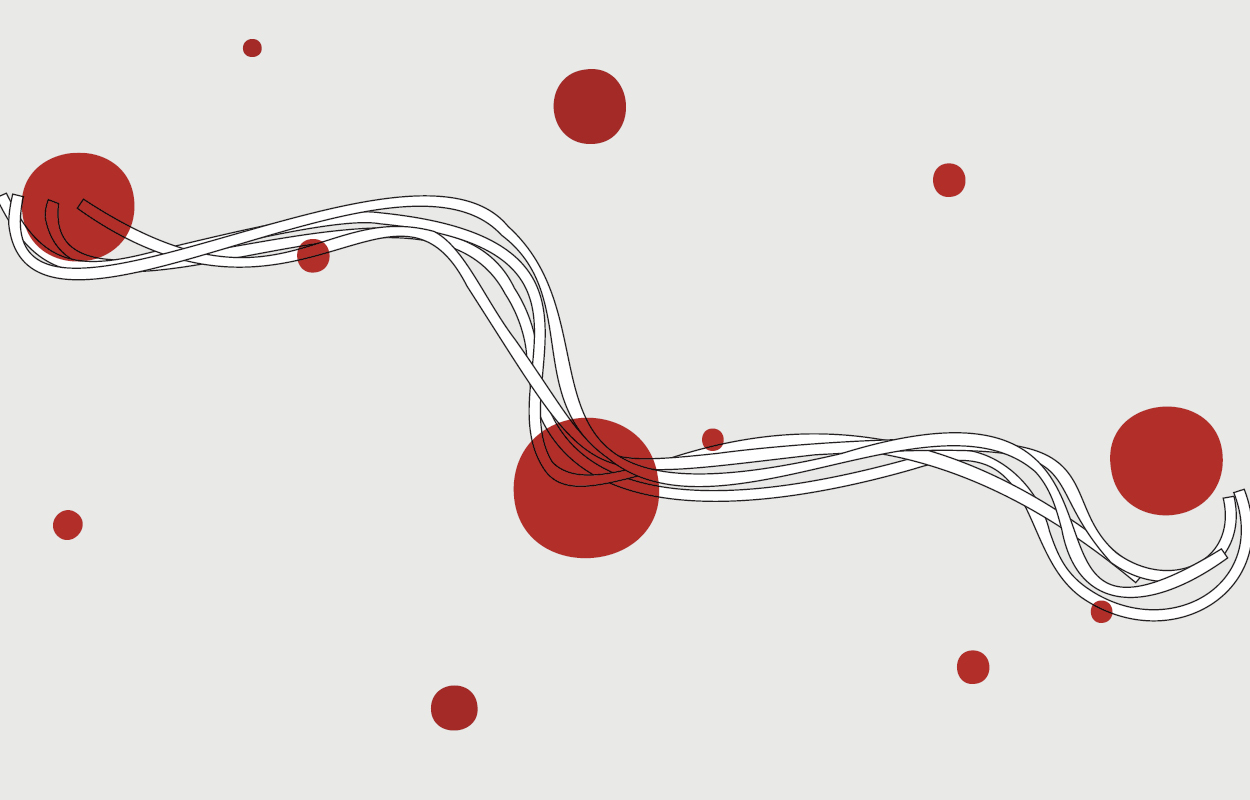 The Spaghetti Stains are here to stay.

The Spaghetti Stains is an all-female three piece band with a rad name and rad sounds derived from alternative/indie and surf rock origins.

We reckon Gippsland’s pretty lucky to have The Spaghetti Stains.

Their band’s name is cool, they sound cool, the three members (Emmah Hellings, Pantjiti Lawrence and Rose Verey) are cool and they have connections with a lot of other cool bands with cool names too — as you’ll read below.

The Spag Stains are pretty lucky too, as they recently won the Triple J Unearthed Level Up Grant for regional Victoria. Their prize? Nearly $7,000 to help them ride out the current challenges due to COVID, which will go to the creation of their debut album.

Hearing the good news, Gippslandia enjoyed the following chat with the ladies.

Can you please describe the ‘origin story’ of The Spaghetti Stains?

Rose and Emmah knew each other through Groundwork Youth Theatre. They stumbled across the fact that they both played music. They wrote ‘Toast to the Coast’ (our debut single) and joked about making a band. Rose promptly messaged Pantjiti, her good mate from school, about being the band’s guitarist, and the rest is history.

We decided to play Propellor’s next open mic, only a few days later. So, we began practising frantically. Fun fact: it was the first time Emmah had ever properly played bass!

It was incredible to play music in our community and we couldn’t believe we had this wonderful audience surrounding us, continuing to cheer after the performance. Leaving the stage, we were all buzzing, excited that we were actually in a band and had actually played our first gig ever.

Previously, you’ve mentioned your involvement in FReeZA and Propellor. How has that helped you?

Those programs literally formed our band, which have now become our careers in the music industry. Propellor is where we all realised we could actually get jobs in the music industry, rather than just pursuing the pathway of a musician. We found that we hadn’t been exposed to the world of artist and entertainment management in high school. With Propellor, FReeZA and The Push, we were able to establish a passion for the world of music and associated careers. Currently, Emmah and Pantjiti are studying entertainment and event management, and Rose is studying live production.

What was the best moment of your best gig so far?

Last September, we launched our debut single at the Retreat Hotel in Brunswick. All our mates and families were there, plus people we’d never met before. Naturally, the single was the last song we played. Mates were jumping up on stage and we all sang and danced together. The room was chanting, “One more song! One more song!” So, we pulled together an old cover of ours, ‘Space Waster’ by Dumb Punts, to close out the night.

There were so many people on stage, it was incredibly overwhelming, but a moment that we’ll never forget. We are beyond grateful to have this experience under our belts.

So many rock stars have gotten in trouble for doing things in excess. If you were going to consume/do anything in excess, what would it be?

Pantjiti: Spending my whole pay cheque on band merchandise, especially anything a tad quirky, like a zine, lyric book, or a limited, coloured press of a vinyl.

Emmah: Too many late nights out at gigs watching my mates. I can’t resist a chance to kick-on, as you never know what opportunity might arise in the course of the night.

Rose: Going out dancing. I cannot resist a good boogie.

Which Gippsland musicians have inspired or assisted you?

Josh Cashman went to the same school as Pantjiti and Rose, was in the same choir, performed at the same venues, and just by living in the same town, he became a huge source of inspiration. Through our work at Propellor, we had Josh headline our major event in 2018, Down the Alley, because we saw him as such a role model in the Sale community.

Amber Irving-Guthrie from ABC Gippsland is an amazing musician. Her band Two Last Names never fails to make killer music and put on epic gigs. Amber’s such a gun and has helped us get our name out into the wider Gippsland community.

Our good friend Charlie, also known as C-K-H, has so much passion and enthusiasm for all kinds of music and has always been super supportive of us.

Other massive Gippsland inspirations for us have been Matthew Bentley, the lads from Rosewood and Doonie Way, as well as Two Last Names, Leah Radatti and Olivia Lay.

There aren’t a heap of live music venues pumping every Saturday night, but the Bundalaguah Hall stands out with their Live at the Bundy shows. The Bundy crew have put so much work into forming a wonderful venue with a homely atmosphere that’s open to everyone and all music genres.

Cafe 123, a Sale social enterprise, has held Propellor open mic nights for the past few years. Rich and Jules have such a passion for live music and community projects.

The Inward Goods Festival is something special to keep an eye on too.

What’s the one song/album/artist that’s in your current rotation that would shock your bandmates?

This is hard, as we all listen to such a diverse range of music…

Emmah: ‘Seeing things’ by Desert Dwellers. It’s a super gritty electronic track with lots of transient tones slipped in there. Additionally, something that’s not as shocking, but a detail the girls might not know about me — growing up, P!nk was my biggest inspiration, as such a strong female musician. I know almost her whole discography from the early days!

Pantjiti: Kikagaku Moyo and Gee Tee. I really do love most genres of music, but have been loving these two bands lately, for Kikagaku Moyo’s smooth, chill vibes and the energetic roughness of Gee Tee.

Rose: Jurassic 5. I honestly never thought that I’d be into rap or hip-hop but their beats are just incredible!

What would be The Spaghetti Stains’ dream gig?

It’d be a dream come true to play on the main stage at a big festival like Falls. Having a huge audience sing our lyrics back to us during a feel-good, late afternoon set would be bliss. Our music would do what we’ve always envisioned: help people have fun and enjoy themselves.

At the same time, we find the most joy out of playing gigs with our mates. Something like Ninch Fest or a headline set at Yah Yah’s would be just incredible.

We’d love to get to the point where we pack out a venue like the Corner Hotel or the Forum. Naturally, we’d have mates supporting us, like Barefoot Bowls Club, Custard Brain or Mona Bay.

Our dream supporting slot would be for a band like together PANGEA, Pacific Avenue, Mystic Braves, Ball Park Music, Courtney Barnett, Spacey Jane or RAT!hammock, and we’d take any venue they’d offer!