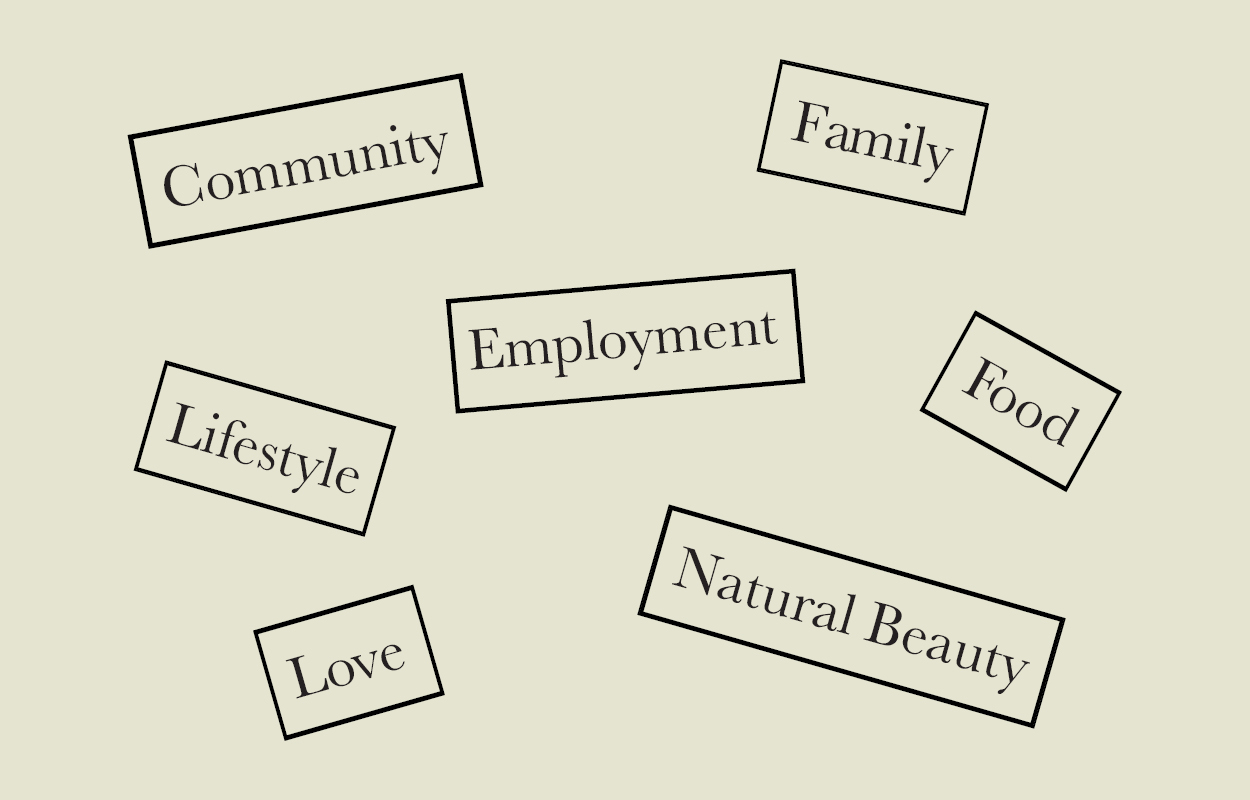 The many reasons to move to Gippsland.

What is it that lures people to relocate to Gippsland?

Our readers are the best — freakin’ love ‘em!

When stuck and in need of a hand, we reach out with our questions. The responses are always helpful. For instance, we were interested in why people relocate to Gippsland — what had lured them in. With their guidance came the following themes: community, employment, family, food, lifestyle, love and natural beauty.

Gippsland covers over 41,500 square kilometres, and approximately 28% of the land is used for agricultural purposes — that’s a heck of a lot of delicious fresh produce.

We’ve got three restaurants that have been recognised on the national stage by The Age Good Food Guide and a swag of other ‘must-visits’ for their culinary delights, as well as several award-winning wineries, breweries and distilleries.

So much fine food abounds that we created a cookbook for the region, and could easily make another!

Hey, we wouldn’t dare pass judgement on anyone else’s family, but apparently, many of you want to move closer to your own flesh and blood.

More can be done to improve employment opportunities in Gippsland, with many metrics on par or below state and national averages.

But the potential is obvious. For instance, Phillip Island is a nationally important tourism icon with over three million visitors per year.

Gippsland currently produces around 90% of Victoria’s electricity, 97% of Victoria’s natural gas, and 14% of Australia’s oil — could we maintain that electricity production while transitioning to the green economy?

Around 25% of Victoria’s beef and 20% of Australia’s milk is produced in the region. By 2030 it is envisaged that Gippsland will be a major contributor to achieving the aim of doubling food production in Victoria.

Sixty-seven per cent of Gippsland is made up of state-owned forests, national parks and reserves, and native freehold forests.

The Gippsland coast extends for approximately 700 km from San Remo near Phillip Island to Mallacoota and the New South Wales border. This includes the oldest rocks on the Victorian coast (Cambrian greenstones at Cape Liptrap and Walkerville)

Nine rivers or reaches of rivers within Gippsland have ‘Heritage River’ designation. The Gippsland Lakes, Corner Inlet and Western Port are listed as Ramsar wetlands of international significance and are important to migratory birds.

The average time spent commuting daily is 71 minutes in Sydney and 65 minutes in Melbourne — it’s 20 minutes in Latrobe City.

Housing stress is generally low compared to the Victorian average. Crime rates are level with or just below the state average with the exception of South Gippsland, which is significantly below, while Wellington is slightly above the state average.

Pet ownership levels are much higher than in metropolitan or suburban areas.

Given they live in a food bowl, it’s maybe unsurprising that East Gippslanders enjoy 2.4 vegetables per day, which is higher than the Victorian average.

In 2015, the proportion of people who did physical activity at least once a week that was organised by a sports club or association was high, relative to Victoria (Gippsland 16.4%, VIC 9.8%).

Two years ago, when the Australian Marriage Law Postal Survey was conducted, the support for same-sex marriage was slightly above (Monash — 62.8%) and slightly below (Gippsland — 60.2%) the national average of 61.6%. Gippsland also has the first openly lesbian Member of Victorian Parliament. Love is love.

Gippsland has slightly higher rates of married and de facto relationships when compared to the state and national averages, as per the 2016 census, but also higher divorce rates.

This study is ongoing.

*All the data presented above was found in publicly available local, state and national government, and civic society reporting and research.