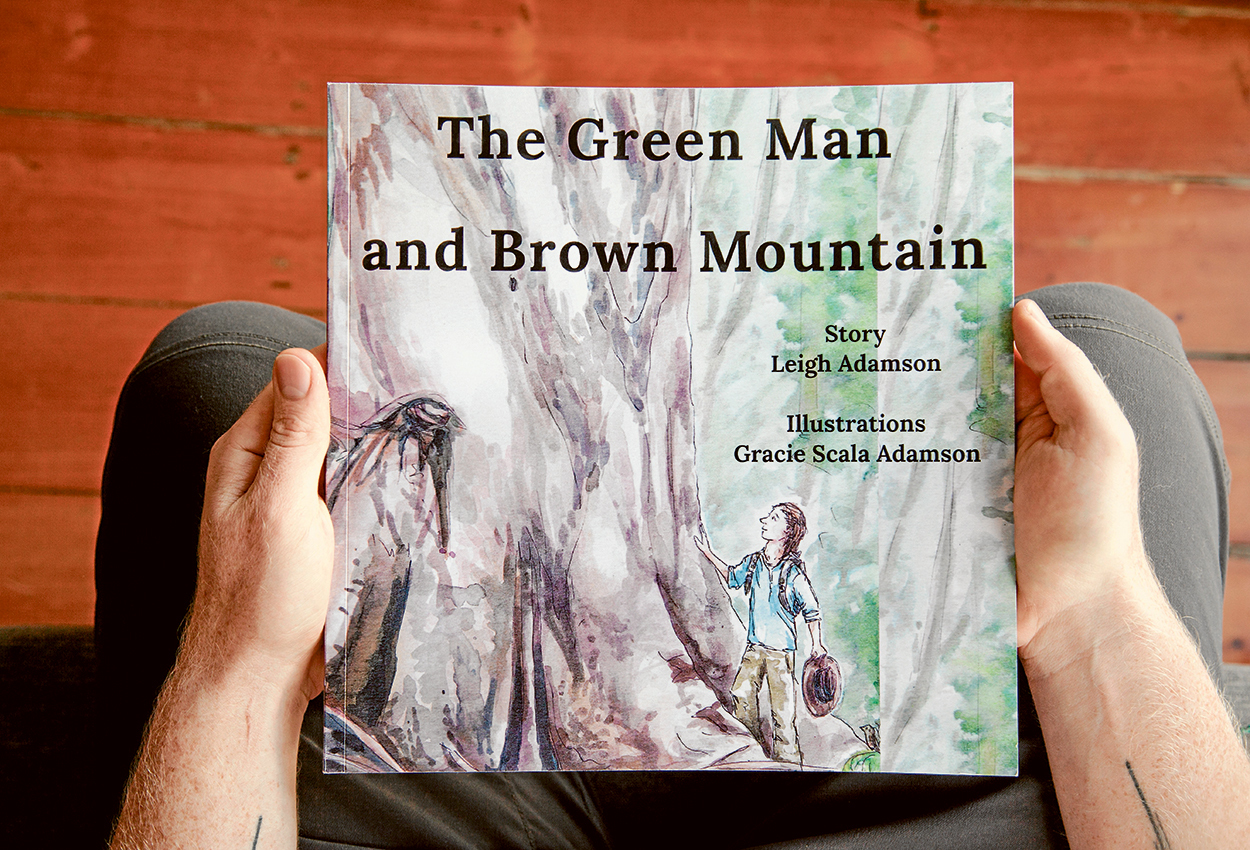 The Green Man and Brown Mountain.

Andrea Kinsmith reviews this tale of a child who falls in love with the things of Gippsland's magnificent forests.

The story of the Green Man and Brown Mountain is based on true events here in East Gippsland. This beautifully presented, 32-page picture book, tells the story of a child who falls in love with all the things that make up magnificent forests. Birds, animals, clear waters, tree ferns and big old trees. —

One day a child comes across an area of forest that has been devastated by careless logging. Seeing the utter destruction causes the child to ask a few questions; why would people do this, and where are all the birds and animals going to live? As the child grows older, he seeks out the answers to these questions and comes to understand that both people and creatures need trees, but it is important to find ways to serve the needs of both, without harming the other. As the story progresses the child becomes a young man – the Green Man, determined to find a way to preserve the biodiversity that he has come to love so much in the foothills of Brown Mountain. 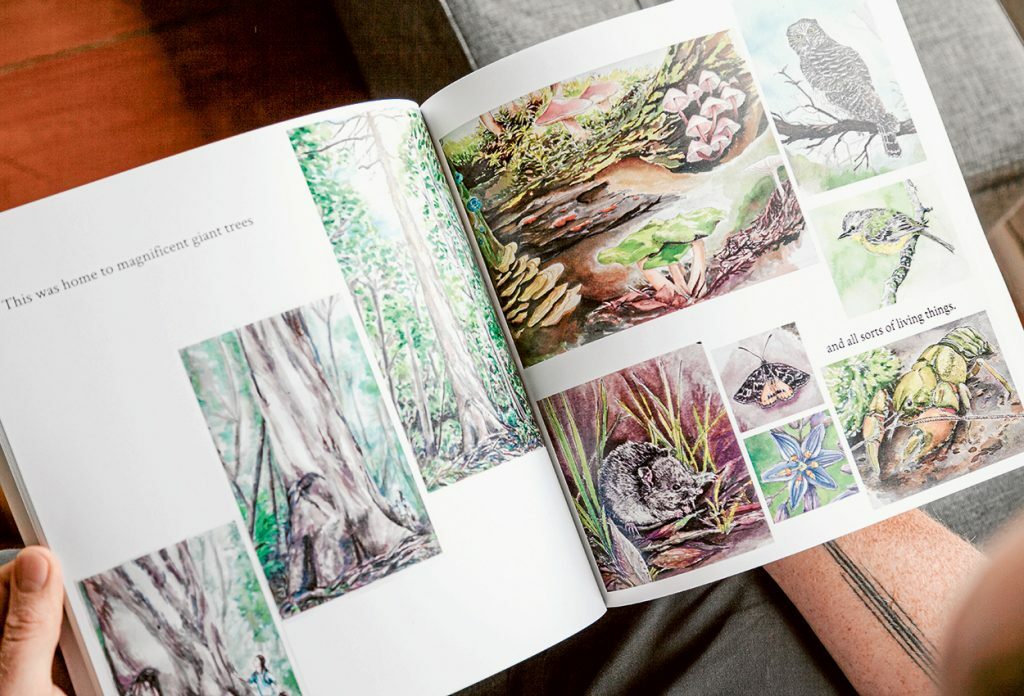 The generous watercolours throughout the book capture beautifully the cool feel of a forest and its amazing plant life. But it is the illustrations of the cute little animals all around the pictures that the kids will really appreciate, bringing the kids back to the book time and again. Many of the animals the illustrator, Gracie Scala Adamson, has included are some of the unique and endangered animals that the Green Man and his friends found while tracking and mapping the species in the forests. Stories like this really help children, not to mention ourselves, to begin thinking about the need for balance and good stewardship. Finding ways to take care of what we have while also looking to the future and the needs of ourselves. — Leigh and Gracie’s book is available to buy through Reader’s Emporium, Traralgon, readersemporium.com.au. Gracie has prints of her illustrations for sale on her website. — Further information related to the Green Man and Brown Mountain from the Reader's Emporium's, Andrea Kinsmith: The child that became the Green Man in the picture book grew up in Moe. His name is Andrew Lincoln. (He is the nephew of the illustrator). I've just been told that Andrew won an award last night - the Peter Rawlinson Award from the Australian Conservation Foundation. For some work he's been doing around Bairnsdale, I believe. Here's the link to the award: Andrew Lincoln 2017 joint Peter Rawlinson Award Winner "Mr Lincoln was awarded for the countless volunteer hours he has spent documenting rare and endangered wildlife in tracts of threatened forests in Victoria’s Central Highlands and East Gippsland. "Mr Lincoln, working unpaid far beyond the hours of nine to five, has trained citizen science groups, developed logging coupe and threatened species maps for other environmental groups, and collaborated on celebrated legal interventions to protect Victorian forests. This work has led to logging being permanently halted in a number of active coupes and temporarily halted in many more. A significant number of areas slated for logging have been protected and many new protected zones, totalling many hectares, have been created on the back of Mr Lincoln’s tireless efforts."