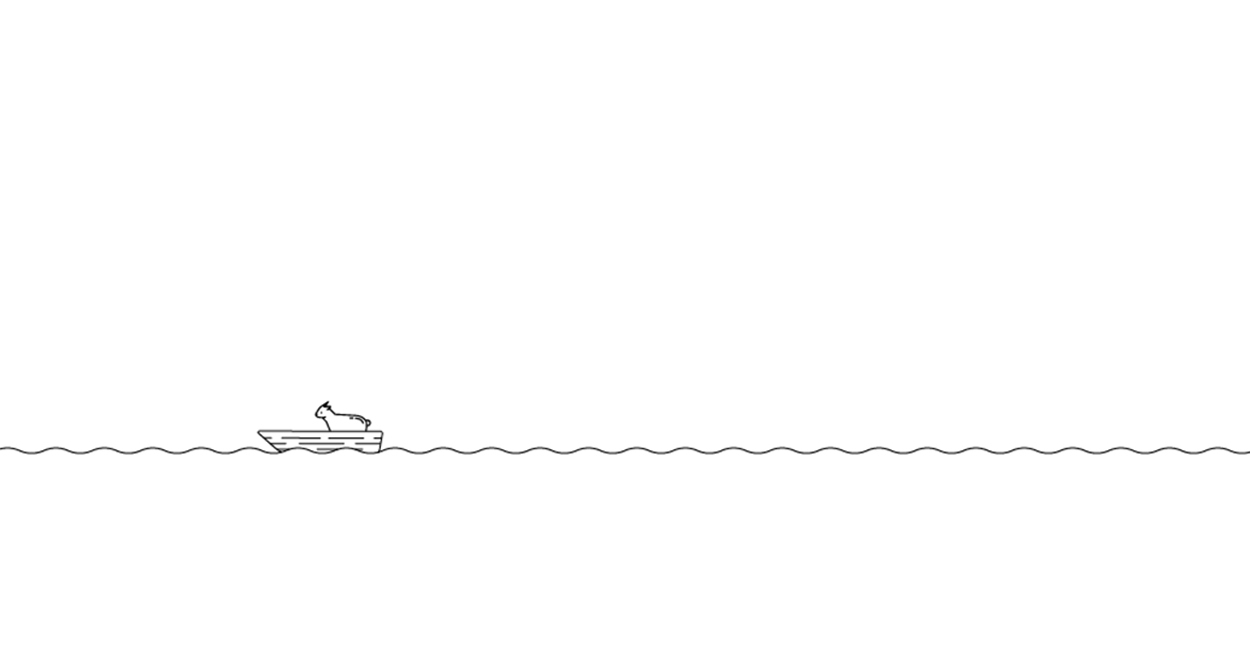 The goat that sailed around the world.

It is great to be able to write just for the enjoyment of it, but it can be even more motivating to have a real purpose outside of yourself to write for.
—

Back in March this year, the Friends of Latrobe City Libraries supported by Reader's Emporium, provided local writers with the opportunity to do this by running a Short Story & Poetry Competition. Providing under 12s, under 18s and adults with the chance to submit short stories and poems. There was quite a variety of writing styles and subjects covered by all of the entries highlighting just how much talent we have here in Gippsland.

The winners were announced at the recent Latrobe City Literary Festival in May. With sponsorship for the prizes coming from Friends of Latrobe City Libraries, Chris Humphrey Office National, Onyx Wholefood Cafe and Reader's Emporium. Each of the finalists received their story or poem bound in a hand stitched book made by Reader's Emporium to help them remember the occasion.
- Andrea Kinsmith, Reader's Emporium, Traralgon.

The Goat That Sailed Around The World.
A short story by Emily Just (Winner 12-18y.o. category)

I, James Arapawa, an Old English Goat by breed, do set forth on the Endeavour to sail into unknown seas with my two sisters, twelve aunts and twenty cousins, not to mention all the other livestock. Excited barely describes how I feel. Adventure (with a capital A) runs through my family’s blood. There is a buzz in the air and I do believe this will be a turning point in my life.

Been sailing for seventy-nine days. Reached Rio de Janeiro. After a week or two, we all found our sea legs. Been a bit boring since we’re kept under the decks for most of it. One of my cousins tried to climb up when the hatch was opened. Didn’t get very far. His best attempt was stopped by one of the sailors. Two aunts disappeared a couple of weeks ago. I suspect the butler.

Been sailing for one hundred thirty-nine days or just over five months. Too cold to spend time playing. Instead, we spend it huddled together. Not sure about our location. John (who got stuck behind some barrels the other day playing hide and seek) thinks we’re at the North Pole. I had to tell him we were sailing in the wrong direction. I think we’re in for some more cold weather. Now two cousins have disappeared. I still think the butler.
PS. Found out that it was Tierra del Fuego we were at. It is an island off the southern most point of South America (I suspect John was guessing.)

I haven’t been counting the days because I have been outside. We’ve reached Tahiti and oh, my adventurous side is aching to explore the land. But I have more important things to think about. One of my sisters and John’s sister have disappeared. I’m sure it was the butler. John was sure too. He was so angry that while up on decks he charged at the butler and sent him overboard. Maybe John butted the wrong person because he disappeared soon after that.

Got left outside (think they forgot to take us down). Everyone was excited about something. They all peered into tubes pointing them at the stars as if they had never seen a star before. I have to admit it was a nice starry sky. It somehow looks different from the sky back home. Well, I was glad to be left out for the night.

I can see nothing but the sea. It makes me feel so small and helpless. If this boat were to sink, I shudder to think of the consequences.

Nothing but the sea. Everywhere I look I see sea.

I still see only the sea.
Boring, boring, absolutely BORING.

One year since starting our journey. There are now only two aunts, eight cousins and myself left.

We left the North Island. We were nearly driven ashore, surviving with only a scrape to the side of the ship. I hate to think what the rest of the journey will be like.

We’ve reached the South Island. The country looks beautifully designed for the adventurous type. I hope to set hoof on this marvellous place.

I, James Arapawa an Old English goat by breed, do hereby declare that this island that I stand upon is to be called Arapawa Island named after the young adventurous goat who set out into the unknown seas, faced death, and defeated it when others did not (I still blame the butler). I and my cousin Elizabeth will remain here and explore the island, for adventure runs through our Arapawa blood. We are Arapawa goats.