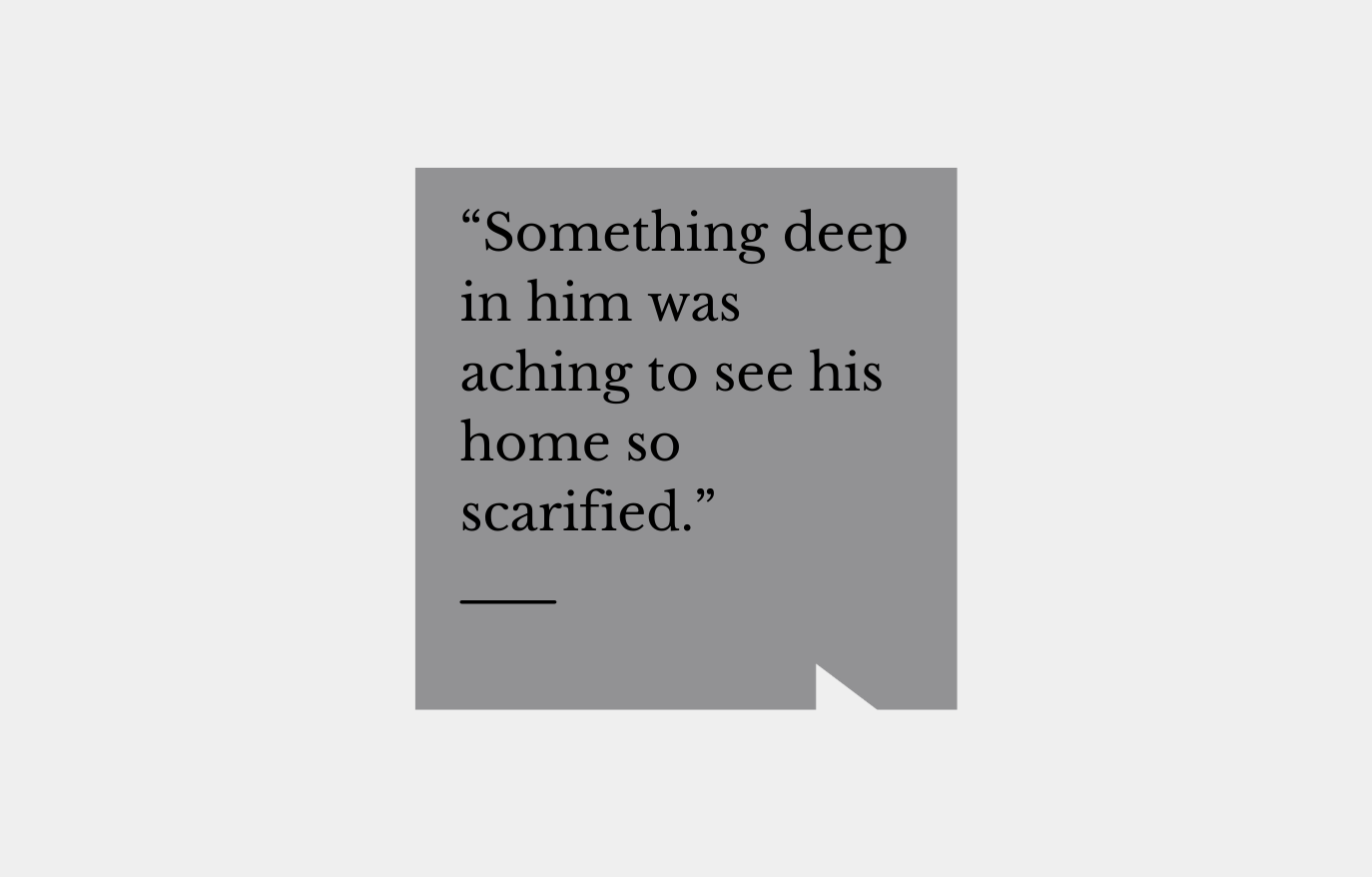 The call of Callignee.

Writer and teacher, Shane Reid shares some special final moments that he spent with his father in Callignee.

I've never lived in Callignee, but the place has a way of unzipping my soul. My Dad grew up there. We Reids go back at least five generations in the surrounding districts of Traralgon. If they stay put, my grandchildren may even be considered “locals'' one day.

About sixty kilometres away, my hometown of Traralgon is in some ways indistinguishable from an outer suburb of Melbourne. But, the wild colonial boy in me is grateful that a short, ten-minute drive delivers me out into the hills of Callignee, which manage to be idyllic and savage at the same time.

During my time as a teacher, after-school bus duty has been the lens through which I’ve watched the Latrobe Valley change. In my early years, buses would leave our school like an armada. Buses teeming with kids would embark for Gormandale, Glengarry and Tyers, and numbered fleets would leave for Morwell, Churchill and Moe.

Now, almost eighty per cent of our families live within the Traralgon postcode. There are fewer buses and fewer kids catching them. Families have become a bit gentrified by the move “into town”. There aren’t as many kids from Callignee, Traralgon South or Hazelwood. But, those we have are absolute gems.

Educational commentariat speaks only of rural disadvantage; but I suspect that our kids have a clannish connection and a care for each other that their city cousins can only envy.

“...home is not necessarily where you live.”

One of the Fitzroy Football Club’s favourite sons Butch Gale said, “You might go in for a bit more money, but in the end, you only really go in for your mates.” I think about his words often. Our students laugh and weep together. They go in a bit for their personal dreams and ambitions, but in the end, they only really go in for their mates. They’re a tribe. My tribe: Dad and I both went to this school too.

Dad grew up on a hilly little farm in Callignee North. He was a restless sort of guy. My uncles still joke that he bought a new second-hand car every time the wind changed direction. We bounced around a few places in Melbourne and Gippsland, landing for quite a while at Yinnar before we moved “into town” in Traralgon. Dad started jogging to help with his blood pressure, then he started umpiring for the Mid Gippy league and eventually the Gippsland League thirds.

He never really articulated it, but driving out for games to places like Trafalgar, Thorpdale, Boolarra and the bigger towns of Leongatha, Bairnsdale or Drouin scratched an itch for him. He’d never drive the “typical” way, so most of our return journeys avoided highways and explored gravel roads instead. He was sinking Gippsland deep into my pores every Saturday.

My footy career never went beyond the under fourteens. I was a much better trombonist than a centre-half back. Even though life took me to the Victorian College of the Arts, Hamer Hall and, eventually, teaching, footy remained the lingua franca for Dad and me. I played in a trombone ensemble performance that launched a solo CD by Eric Klay from the Melbourne Symphony Orchestra. I was trying to explain to Dad that Eric was kind of a big deal in the music world. “He looks like he’d have been pretty handy in the forward line too,” Dad said sagely. Lofty praise from the old man.

When the words didn’t come easy in our last years, he was always keen for a chat about Lachie Neale’s Brownlow hopes or why Buddy Franklin isn’t fit to carry Bernie Quinlan’s bootstraps. My Dad was more of a pragmatist than he was an aesthete, but the fact that he consistently dubbed his old school mate Quinlan and Brent Croswell as the best players he ever saw prove that he was a connoisseur of the exquisite.

In 2009, Callignee was ravaged by the Black Saturday fires. Dad and Mum had ended up in Lilydale by then, but home is not necessarily where you live. He was watching the updates on the news, online, and he rang regularly. He wanted to know how the sky looked in Traralgon and what the wind felt like. It was pitch black outside in the early afternoon. I didn’t know what to tell him.

We drove through Callignee a few weeks later and he sombrely took it all in. It had been over fifty years since he’d left there to train as a technician with the PMG, but he needed to check on things. The old farmhouse that he grew up in (left-hand side of Callignee South Road, just after the bridge over Flynn’s Creek) had survived, but things looked grim opposite. He told me to drive up gravel roads that connected back to the Old Callignee Road.

We knew the old Primary School was gone but he still wanted to go and look. Normally, my Dad could talk under wet cement, but he was pretty quiet. He mentioned his own father telling him about the time that fires went through Callignee in the 20s or 30s, he couldn’t remember. Something deep in him was aching to see his home so scarified.

Driving back into town on the Callignee South Road takes you past a row of pine trees that my great grandfather planted as a schoolboy. When you turn into the Traralgon Creek Road, the Loy Yang Power Station looms like a leviathan on your right. The State Electricity Commission acquired some farmland from my great uncle in the 1940s as part of the planned construction of Loy Yang.

When I was about ten, we drove into the hills of Callignee North to visit my grandmother’s old friend, Mrs Holmes. My Gran had died a few weeks before. Over cups of tea and banana bread, Mrs Holmes told us of when she and Gran were school teachers together in the tiny wooden schools of Upper Flynn and Callignee. The newly connected telephone exchange had sat in my Gran’s kitchen, and she was the telephonist who connected calls to the farmhouses in the district. My life was being coded for me in these hills, long, long before I was born.

Even with the certainty that a terminal illness brings, you are never sure when your ‘last’ moments will be. It’s only after that you realise there was something perfect about them. The last time we did the Callignee drive was a summer Saturday.

The Callignee and Traralgon South Cats were playing cricket against Gormandale on the Wes Pump Memorial Oval where Dad once taught me to kick a footy. We pulled up at the fence and simply watched for a bit. We visited the brand new multimillion-dollar hall that had been rebuilt after the fires. He had a quiet wander around where the school used to be. To mark the tenth anniversary of the fires, local artist Jo Caminiti crafted a memorial archway made from some of the old wheel rims, horseshoes and other scrap metal that was salvaged and donated from the properties and farms that Black Saturday had ravaged.

The view from where the school once stood looks out endlessly over towards the east and reminds you just how mercifully far away from Melbourne Callignee will always be. It’s a long way from where Dad now rests, but it is where I sense his eternal repose most acutely.

An earlier version of this piece was originally published by The Footy Almanac. Shane Reid’s pieces can be accessed here: footyalmanac.com.au/author/shane-reid.