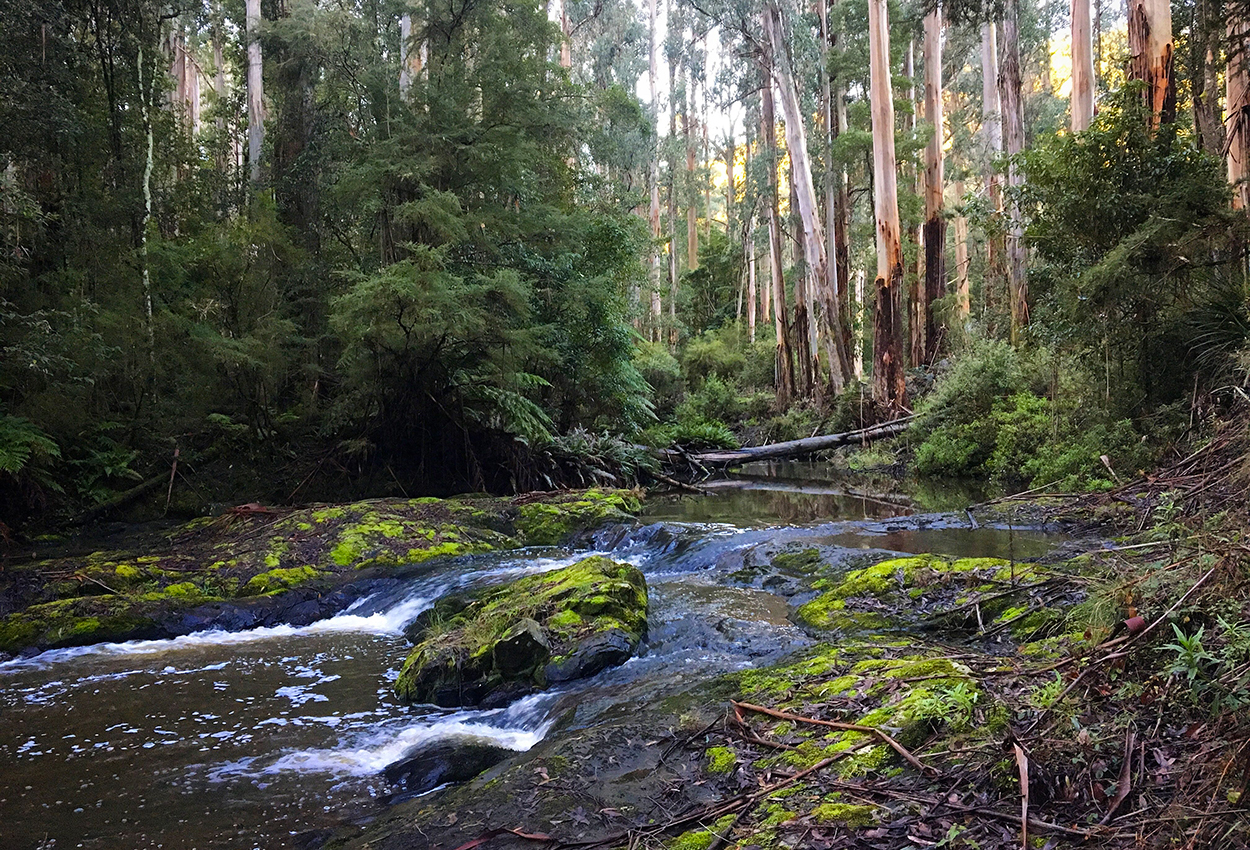 Targeting willows at their source.

The WGCMA are getting rid of willows in the headwaters to better project our lovely riverbanks downstream.

The far upper reaches of the Franklin and Agnes rivers in South Gippsland are inaccessible to most, but these pristine waterways have been the focus of a new program aimed at tackling willow infestations.

According to the West Gippsland Catchment Management Authority (WGCMA) Project Delivery Team
Leader, Matt Bowler, getting rid of willows in the headwaters means the riverbanks downstream are better protected from re-infestation.

“Willows are extremely invasive,” explains Matt. “They can change stream and river courses, choke up the middle of waterways and take over from native vegetation.

“This means there is less habitat available for native animals and reduces the biodiversity of waterways.”

WGCMA’s headwaters program aims to remove willows high in the catchment so that they can’t re-establish downstream.

“Over the last 20 years we have worked closely with many of the farmers on the lower reaches of the Agnes and Franklin rivers to remove the willows, fence the rivers off from stock and plant trees to create a buffer.

“The willows headwater work is focusing on the upper part of the catchment which complements the
works downstream by removing willows and stopping reinfestation.

“Willows can spread via small branches and twigs. It is much more expensive to remove large clumps of willows downstream then fence and revegetate that area than to remove the upstream willows before they wreak havoc, becoming a downstream problem.”

Matt says the logistics of working in the headwaters can be challenging. Two experienced outdoor contractors walk the rivers wearing specialist safety and work gear looking for willows.

When they spot a willow, they use a small axe to put a series of cuts around the plant just under the bark and apply herbicide into these axe cuts. They also mark the point on a GPS.

Their safety is managed by a third person who stays in radio contact with the duo.

“Contractors are walking up long distances in the rivers; it is tiring, physical work.”

Similar works have been done in the headwaters of the Macalister River, Avon River, Morwell River, Middle Creek and the Latrobe River.