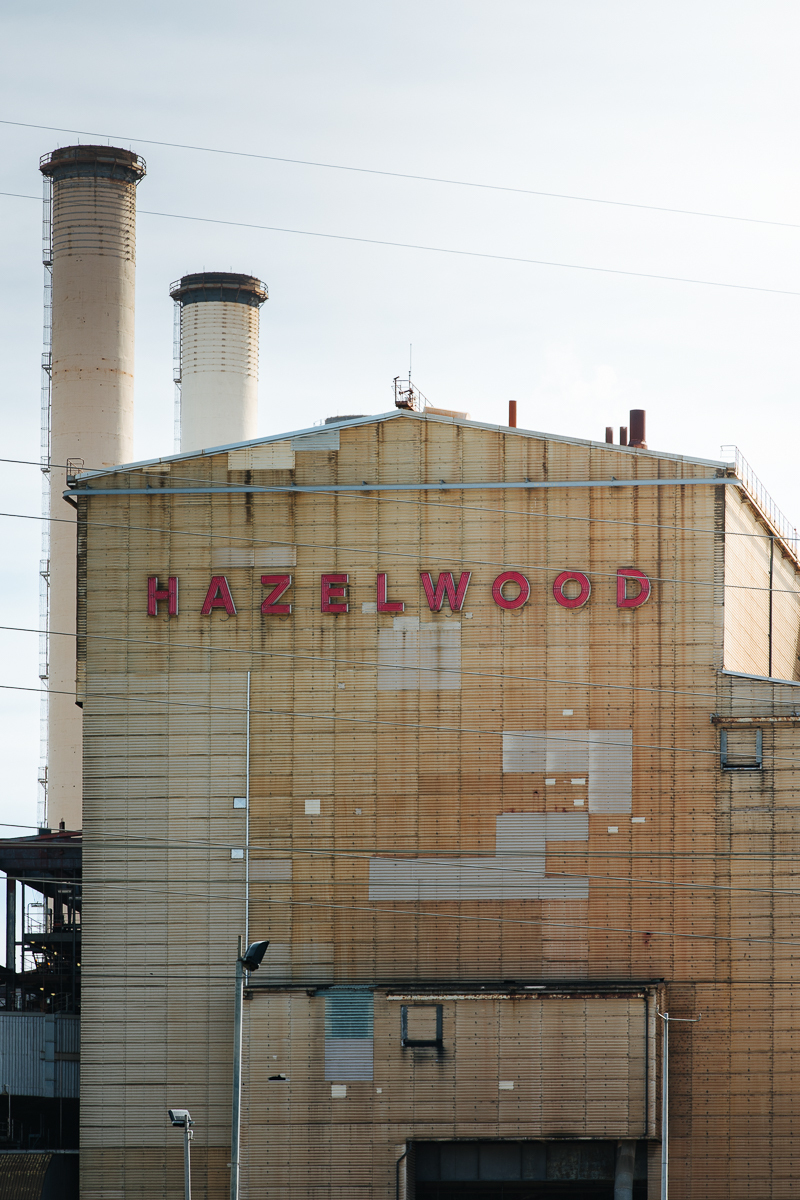 "Human progress has never been shaped by commentators, complainers or cynics." -Tony Blair

"Human progress has never been shaped by commentators, complainers or cynics." -Tony Blair

The closure of the Hazelwood Power Station is not a trivial matter for our community. We all know of families affected. There will be anguish, stress and uncertainty at what happens next. Livelihoods, mortgages, lifestyles, even towns’ economies are potentially at stake.

Post-announcement, the majority of the discourse from the chief media outlets was negative. The overwhelming number of conversations online, especially on social media was negative too. Viciously so. Yes, there’s anger, and it’s healthy (and possibly therapeutic) to vent our fears and frustrations, but settling solely for pessimism won’t result in the improvement of anything. We need to switch our focus now, to creative problem solving.

Thankfully, as the State Government’s media team sprung to life, the public conversation turned to the assistance that may be provided and the (hopefully) beneficial programs that can be established for the region.

For one moment, can we put aside our grievances and explore what happens if we view the current situation as potentially a significant opportunity? And this is not to be controversial, but rather, pragmatic. After all, we’re not the only ones that have faced the closing of a power plant, mine, industry or manufacturing plant. Other, seemingly, single or dominant industry communities have been forced to adapt too. Can we learn from how Geelong, Elizabeth in South Australia or Detroit are handling the closure of their automotive industry, for example? Or how southern New South Wales towns transitioned from rural communities to Sydney commuter hubs or tourist destinations? Or more appropriately, the Ruhr area in Germany, which has been moving away from its carbon-based electricity for the past 20 years.

What about the sheer number of small-medium businesses that can be found in towns along the Princes Highway that trade in a wide-variety of other industries that can be found along the Princes Highway towns? Does Sale have a power station? Does Leongatha? Warragul? Wonthaggi? These towns all manage to survive without a power station – there’s hope for the Latrobe Valley, surely.

What do we do next? One thing is for certain; complaining and inaction will only perpetuate the frustration and lead to further sentiments of victim mentality†. It’s a fair argument that continued civic pessimism could drive the area down further than the actual closure.

Since its development in the 1920s to service the electricity needs of the State of Victoria, the Latrobe Valley has been a prosperous region, accustomed to full employment and periods of rapid growth†.

For those who may not already know — the 1970s saw the opening of new mines and power stations, as well as the development of ancillary manufacturing and service industries. But in the 1980s, the decision was made to privatise the State Electricity Commission of Victoria (the SEC). Drastic downsizing preceded the sale of state mines and power stations to overseas buyers. In 1989/1990 there were 8481 employees in the electricity industry in the region; by 1994/1995 this had decreased to 3661, with some power stations losing up to 75% of their workforce†.

Much research was undertaken in the Latrobe Valley during the post-privatisation period, especially by geographers, demographers and urban planners. Reading the work now, you can’t help but feel a wave of déjà vu, as well as strong motivation to avoid such community impacts again through the current transition — some of the quotes and interviews with former-SEC employees are moving in their rawness.

Taking stock of today – and largely due to the unprecedented amount of upgrades required by its outdated technology – the French majority-owner, Engie, have deemed Hazelwood not to be a financially viable option. This move follows their decision to reduce their global investments in carbon plants to raise capital for further energy transition projects. Sadly, the capability of the plant is unable to match the highly skilled workforce, and, we’re all trying to wrestle with what form transition will take.

We purposely didn’t title the article, ‘Hazelwood’, as we’re less concerned about the mine and the building – there’s been more than ample comment in the online forums, and really, we admit our qualifications on that precise matter are no more valid than the next passionate pundit. Instead, we‘re really looking to explore the themes of possibility, change, transition and evolution. The object and the process are two distinct things. The first focuses on the employer, business and landmark, and the second is a mindset, a progression and a step into the unknown regarding ‘what’s next’ for the Latrobe Valley and effected regions.

The dominant perception of the Latrobe Valley is as an old industrial region, an area of smoke stacks and industrial workers. As a result, other sectors such as forestry and agriculture are often overlooked.

Looking at the current situation regarding employment in the region. The Latrobe Valley’s major employers include the power stations; Loy Yang A, Loy Yang B, Hazelwood, Australian Paper, Lion Dairy & Drinks, Latrobe Regional Hospital, Federation University, Centrelink, Federation Training and governmental bodies such as the Australian Securities and Investment Commission (ASIC), Department of Environment, Land, Water and Planning (DELWP), Gippsland Water, and potentially dozens of others employing 100 staff or more.

The current unemployment figures for the region typically get raised here – 19.7% in Morwell, and 14.6% in Moe. Troubling, undoubtedly, but right at this moment there’s immense pressure on both the State and Federal Government’s to act. To address and improve the employment prospects in the area.

There’s no real reason to think that in the near-future we’ll see the closure of the Loy Yangs, or Yallourn for that matter. It’d be political suicide for the Government to announce redundancies in their departments based in the region at this point too. The health-related employers should be relatively stable too.

From studies relating to Canadian timber towns, most authors agree that all communities will go through a phase of decline before transitioning to an alternative future. Briggs (1980) is cited by many authors who write about transition. His model has three stages: endings (occurring immediately after industry closure, in which the community experiences; recognition of what’s being lost; Acceptance, acknowledgment and grieving; Compensation; Defining what has ended and what is left); neutral zone (occuring one year after Industry closure, in which the community has had time to normalise, clarify, and neutralise; rebuild sense of identity and experiences connectedness; monitoring; creativity); and new beginnings (occuring 3-5 years later, where the community doesn’t force change, the timing has to be right before creating a long term plan with a role for everyone; reinforcing new beginning).

While the changes that single industry communities are experiencing today are more abrupt and challenging than before, a diverse range of processes and strategies for single industry communities to transition to new outcomes have been uncovered. Processes include: identifying strengths, weaknesses and assets; revitalising the local economy and community spirit; promoting culture and history; inclusion of youth in planning; building community capacity; shifting to a knowledge-based economy; shifting to a bio-economy. The best process is not just one of the above, but a combination.

It is up to the Latrobe Valley to come together, be inclusive and devise a plan for their future. At the recent Gippsland Regional Assembly, leading minds and passionate locals from around the region made their voices loud and clear to the State Premier, who was in attendance: we need to take advantage of local talents, invest in infrastructure that stimulates trade and — do something different. Collaboration among stakeholders, industry, and business is important, as is bipartisan political cooperation that leaves politicking to wayside where it belongs. The ‘us v them’ mentality we’ve seen repeatedly from both sides of government and big industry is holding us back and we’re all ready to move out of the dark ages, else we risk doing what we always did, and getting what we always got.

As many previous transition studies have noted, successful communities have certain characteristics in common. These characteristics build resilience and sustainability and include taking risks; being receptive, flexible and optimistic; having good leadership and cooperation; developing an inclusive community economic development plan; and many more. Being resilient means having the ability to cope with adversity — which is something that the Latrobe Valley has proven itself capable of before. Together, we can transition through this turbulent time, again.

References: †Cameron and Gibson, 2005. ‡Facing the Challenge of Industry Closure: