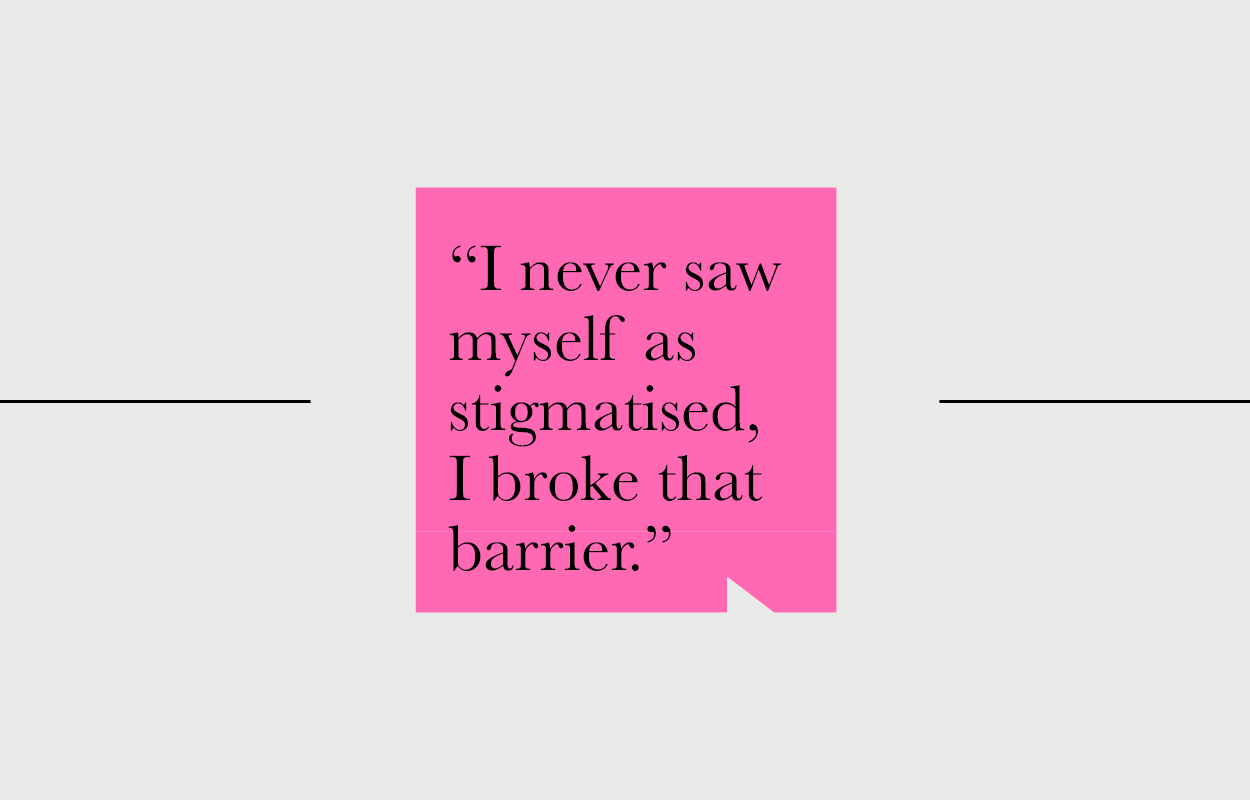 Aunty Carolyn Briggs has led the way in embracing the cultural diversity of our community and continually explores new expressions that link and celebrate our rich migrant heritage.

What does a migrant from the hidden valleys of Austria and a Victorian Koori Elder have in common? Both were persecuted for their beliefs before defiantly standing against their oppressors.

Similar to many young Gippslandians, with age I’ve become more curious about my family heritage. For this article, I found myself referring to a junior high school assignment — a massive thank you to my teacher for the delayed, yet valuable, gift.

My ancestors are mostly from England, but there’s an intriguing familial thread that winds back to Austria. In 1837, Johann Fankhauser, my maternal great-great-great-grandfather, was exiled from Austria’s Zillertal Valley. He, along with several hundred other followers of the Lutheran faith, were given an ultimatum — switch to Catholicism or swiftly leave their home. This process had been initiated over a century earlier, when Salzburg residents began to be pushed to the periphery. Each Lutheran generation would then hop from one secluded valley to the next to avoid persecution.

Researcher Catherine Ray, in her book Exiles of the Tyrol, details that Johann was the leader and spokesman of ten Tyroleans who waited on King Friedrich Wilhelm III of Prussia at Tiplitz, Bohemia (seemingly during their migration out of Austria). Emigrating to Australia in 1849, along with Lutheran friends and family, Johann’s journey would ultimately lead our family lineage to the rolling hills of West Gippsland, another secluded retreat.

Recently, the Black Lives Matters movement has made me acknowledge (and empathise more deeply with) the struggles of Bla(c)k, Indigenous and People of Colour.

Boon Wurrung Aboriginal Elder N’arweet Carolyn Briggs was born and raised in Gippsland. In 2019, she was awarded a Member of the Order of Australia for her contribution to the community. Today, having recently completed PhD studies at RMIT, Aunty Carolyn, an inspiring community leader, is based in Melbourne. Driven by fresh thinking and a spirit of innovation, she’s been exploring how Elders can make Indigenous knowledge relatable to urban youth.

Over the past three years, I’ve had the pleasure of getting to know Aunty. Now, I’m starting to see her and her story in a new light.

“We were wrapped up in cotton wool.”

When Aunty Carolyn talks of her childhood, she proudly points out that she grew up in Gippsland. Born Carolyn Oakley, she lived on Fowler Street, Moe, and attended South Street Primary School.

“We didn’t know we were different,” says Aunty as she rekindles childhood stories of running around in the bush, along the river and living the life that any kid would dream of.

As she became older, things started to change.

“Everybody targeted me, but I didn’t see myself as a blackfella. My mum was, so I realised that I must have been too.” Aunty continues, “You become conscious that you’re perceived as different. You were always ‘the mark of Cain’. The deficit of the other.”

She then moved to Moe’s Hawker Street.

At that time, Australia’s First Nations People had to live under both the 1879 Aboriginal Protection Act and the 1905 Aborigines Act, which provided the State far-reaching powers. “People would come and check in on us … [but] we weren’t brought up with anger. Mum was well-respected.” Although marginalised by the broader community, the strong ties amongst Aboriginal friends and family continued to amaze her. An example was when some of the Lake Tyers Aboriginal community were relocated to Moe, “Everyone starts calling your Mum ‘Aunty’, it’s assumed knowledge”.

What were some of your favourite childhood memories linked to migrant families?

“I remember all the kids in the street. Mum would be cooking a stew on the stove and they’d drop in for a feed.”

Aunty paints Fowler Street as a hive of activity back then, talking fondly about the Germans next door and the Maltese up the road.

“They accepted me and Mum.” The feelings were reciprocal. Linda, one of Aunty’s younger childhood friends, expressed her gratitude decades later saying that, “You were like my big sister. You looked after me”.

Poignantly, Aunty Carolyn’s impression of mid-century migrants who were building their new home in Moe is that “they didn’t bring baggage, they brought a culture”. Both groups had a lot in common: marginalised by the predominant culture, there was a certain bond and understanding.

One of the most important currencies of cross-cultural exchange was food! A unifier for many living in the Australian suburbs at the time.

“Everything was shared. There was a real sense of community”.

“They gave me a different quality of food. Mum was a great cook, but it was through the Maltese and the Italians that you started to experience a whole different world of flavours.

“Dad was growing garlic, lots of unusual vegetables and fruit. He also had ducks and chickens, while mutton birds were often sent over from Tasmania.”

With a sharing or gift economy still commonplace, this produce was part of the annual seasonal trading system among the families. “Everything was shared. There was a real sense of community”.

At high school, a teenage Carolyn quickly began to discern who she could relate to. “There were other people who were accepting me because they were Russian, Lithuanian and Polish. Their families were all working at the power station and all coping with discrimination. They didn’t bring the baggage of racism either because they were being impacted by racism.”

Despite recognising all these “conflicts in society”, including how people “had a problem with mixed marriages”, Aunty Carolyn found a way of seeing the richness of having “this collective of diverse groups of people” in one place.

How have those experiences helped shape your life?

“I’m a product of Gippsland.”

After entering the workforce at the ‘commission shops’ off Wirraway Street, which provided a selection of essentials, including a butchery, a fish and chip shop, a bakery, a milk bar and a fruiterer, the ‘Big City’ called. “We wanted out!”

When the time came, a teenage Carolyn settled in Prahran with her Lithuanian friend, Irena. These dynamic Gippsland girls quickly experienced what Aunty describes as a “rude awakening — you really needed to work hard to achieve your aspirations”.

While working in an inner Melbourne factory, Aunty met a different kind of migrant, tougher somehow. “They were trying to save money for a good education and good housing.”

Eventually, Aunty earnt enough money to travel. So, led by her fierce independence, Carolyn went exploring the homelands of the migrants with whom she’d grown up. “I cooked in Germany, Amsterdam… all over.”

“As a kid, I was always tasting strange flavours. We’d go back up bush. People would go out hunting and fishing. You’d eat fish from the Edward River, wild rabbit and kangaroo.”

The experiences began to layer up, and eventually Aunty realised, “I could do this, professionally”.

Culinary adventures overseas, shared childhood meals, improving technical cooking skills and an understanding of flavours would eventually lead Aunty to establish a contemporary Aboriginal restaurant, Tjanabi (meaning ‘to celebrate’), in Melbourne’s Federation Square. It was a showcase of Australian native produce. By connecting with Gippsland’s Gourmet Food Trail and specific bush food suppliers, she was able to bring Aboriginal culture to fine-dining Melburnians.

“I never saw myself as stigmatised, I broke that barrier.”

At 70 years young, Dr Carolyn Briggs AM continues to set an incredible example of how Gippsland’s rich “palate” of cultures can inspire creativity and passion in life. Her world’s “scaffolding” originates from that lively and complex neighbourhood surrounding Fowler Street. Strong values in community, sharing and “your neighbours looking after you” were at the heart of her upbringing.

“I never saw myself as stigmatised, I broke that barrier".

The weaving of these two stories, and the cultures they represent, portrays how threads of migration connect all Australians. Aunty Carolyn’s great-grandmother, Louisa Briggs was taken by sealers from Point Nepean in 1835, two years before Johann Fankhauser was exiled from Austria. Geographically, they were worlds apart and yet they were both experiencing persecution.

You then realise that roughly a decade later, Johann would regain freedom, but at the expense of Louisa’s people. (fortunately, Louisa eventually returned to her Country some 30 years later)

We would do well to follow Aunty’s lead in embracing the cultural diversity of our community and continually explore new expressions that link and celebrate our rich migrant heritage.