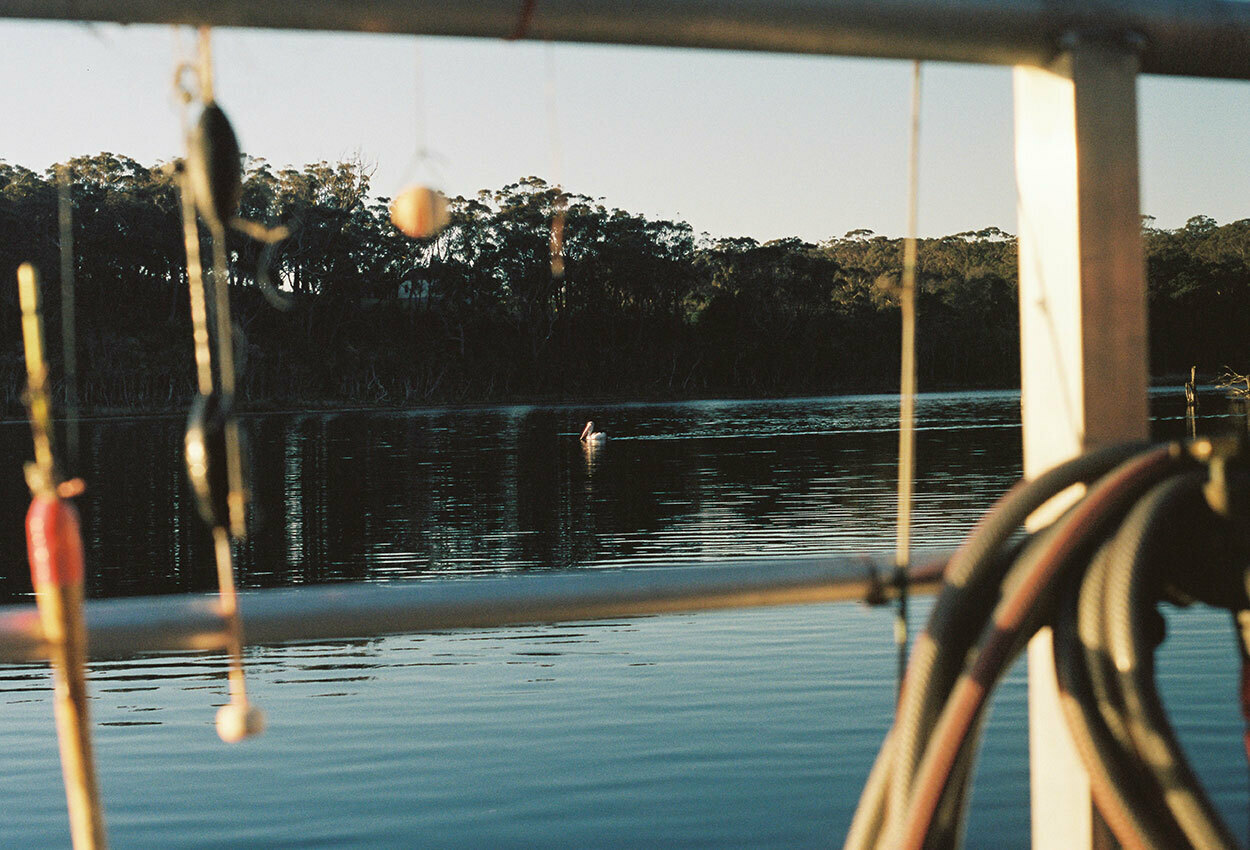 Community not only lifts people up but it also gives direction and it puts the wind in your sails.

I remember the first time I ever sailed a boat.

My father entered me into a regatta over the Easter break. I was ten, maybe eleven. I remember wondering if it mattered that I hadn’t, in fact, ever sailed before. If my ineptitude was cause for concern then surely my father — who, in my qualified opinion, was certainly the best sailor on the Gippsland Lakes — would have said something. I knew how to tie a bowline knot and I had a new life jacket. I also had a boat. It was a cadet — a standard boat for Australian youth — called Windquest. I hoped it knew what to do.

I was sitting in a room with all of the other young sailors. An adult, who seemed to be in charge, was drawing the infinity symbol with a marker on a whiteboard. Apparently that was the course: infinity. The girl next to me looked up, nodded and drew the course with her finger in the air, memorising it. I had been hopeful up to this point, but now I was utterly confused. Then we left the room to get race ready. Some kids stayed back to study infinity.

We launched the boats. There was not much wind. People were so helpful on land (a kid I befriended pretty much rigged my boat up for me) but now I was alone, bobbing on open water. Flags went up and down, someone signalled at timed intervals with an air horn, boats converged, the race was imminent. The next bit happened way too slowly.

People were yelling. Someone depressed the air horn for longer than usual. The race began. I could see a lot of boats in front of me. Actually, I could see every boat in the race right in front of me. Then everything got closer. The yelling got louder. I seemed to be the cause of all the commotion. Then it dawned on me, I was sailing through the start line from the wrong direction. I clutched the tiller with both hands and floated slowly through the fleet of timber boats. I did not finish that race.

I learnt about two very important phenomenons that day: buoyancy and direction.

When I was invited by Melbourne-based curator/artist Lichen Kelp to take part in her Forum of Sensory Motion residency this August at FLOAT, Lake Tyers’ new artist residency program on an off-grid houseboat, I discovered buoyancy again on the Gippsland Lakes. I spent my time writing a book I’m working on and watching the wind over the water. I was tethered to the shore by four large nylon ropes, one for each cardinal direction. At night I went to sleep surrounded by moon jellyfish. I woke to the chorus of swans. I spent a week just moving with the ebb and flow of it all.

I also spent a lot of time talking to people. FLOAT isn’t just a quaint little getaway for artists, it’s an artistic statement in itself, a manifestation of an incredibly strong and active community of people that value the natural environment and creative storytelling.

Throughout my residency I spent time with the warm and hoppy folk at Sailors Grave Brewing (Orbost) and foraged for intertidal succulents at Snowy River Station (Corringle), culminating in a large community dinner at the Waterwheel Beach Tavern (Lake Tyers). Lichen and I spoke about seaweed farming and sustainable aquaculture on behalf of the Seaweed Appreciation Society International (SASI). We all sipped on bull kelp beer that Sailors Grave had donated for the night, and feasted on a seven-course, seaweed-inspired banquet. The night concluded with discussions about what the future of the Gippsland Lakes looks like. The passion and positivity at the table was infectious. There is so much wisdom housed in the weatherboard homes of our small regional towns. In Lake Tyers, I was embraced by an invigorated community, a community that saw the desperate state of our world as a reason for unity, not separatism.

The land-based equivalent to aquatic buoyancy is a group of people with a strong sense of community. Community not only lifts people up but it also gives direction and it puts the wind in your sails. What’s more, Lake Tyers is telling a good story because it’s embedding art into the heart of its future. We live our lives based on narratives that are constructed by collective storytelling, and in the face of a climate emergency, it’s crucial that the right stories are able to rise to the surface and be heard. In order to do this, we need the voices of artists perfuming the streets, town halls and pubs in our regional towns.

When you think about your future and the role you play in it, sometimes it can feel like you’re barely swimming — sinking perhaps — or just adrift, trying to simultaneously figure out how to sail and where to start. It’s not easy navigating through it all, especially when the wind’s not blowing and it feels like you’re crashing in slow motion. But when you surround yourself with good, kind people, the sea breeze will pick up, your sails will fill and your boat will jump forward. When that happens, just hold on tight. Both hands. That’s how the Gippsland Lakes taught me to sail.